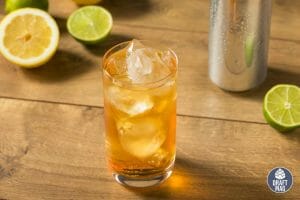 Leaving the Ginger Ale vs ginger beer debate aside, if you are someone with a palate for ginger, then carbonated ginger drinks are for you. It can get a bit confusing when you are looking to substitute ginger with either of these two drinks. However, this article will explain which ginger beverage to fill up your fridge with, depending on your taste, with the help of a fair comparison between the two. You will get a clear idea and make an informed decision, so let’s get to it!

What Are the Differences Between Ginger Ale and Ginger Beer?

The main difference between Ginger Ale and Ginger Beer is in their taste and the process used for their production; while ginger beer provides a stronger kick, ginger ale is a milder version. Both are carbonated ginger drinks, but the flavor profiles can be vastly different.

What Is Ginger Ale Best For?

Ginger Ale is best for those who are looking for a carbonated soft drink that has the flavor of ginger. Made from mainly ginger root and a sweetening agent, Ginger Ale is a mild ginger-flavored delicious carbonated beverage that is enjoyed across the world.

Ginger Ale is a mild ginger-flavored carbonated beverage. The taste is sweet with slight overtones of lime. However, the taste might differ depending on the brand.

Known for its refreshing quality, Ginger Ale can be a great palate cleanser and help wake you up instantly. The numerous healing properties of ginger can be experienced with this drink. Ginger is great in aiding digestion and also relieving migraine to an extent. This drink has been around for a long time and can be drunk on its own or added to other drinks.

Ginger Ale is a relatively sweet-tasting carbonated beverage that pairs well with foods with a high dosage of spices. The sweet drink cuts through the spices, providing a balanced meal. You can also pair Ginger Ale with foods that are seasoned well in any kind of cuisine.

The main ingredients used in the production of Ginger Ale are ginger root, corn syrup, sugar, carbonated water, along with other flavoring agents, if any. Fermented water, ginger, or yeast are used to impart a fizzy feel and enhance the flavor. This carbonated beverage is free of alcohol and caffeine and can be enjoyed at all times.

The ginger flavor can be natural or artificial and varies from brand to brand. Alkaline compounds are added for preservation. Other additions to the Ginger Ale include preservatives like citric acid and sodium benzoate. Mainly clear in color, additional coloring agents can be added too.

There are two main steps in the Ginger Ale production process.

Traditionally fermented with ginger root, yeast, sugar, and other flavoring agents, Ginger Ale develops most of its flavor here. Conditions are made ideal for the ginger bug to propagate, kick-starting the fermentation process.

Ginger bugs are commonly found in old ginger skins and are often used as a replacement for yeast. Sugar is added to aid the fermentation process as ginger root is very low in sugar content. Ethanol and carbon dioxide are produced as a result, which remains intact in the containers that are designed to be air-tight.

Low-temperature water is added to the ingredients and allowed to carbonate the beverage. Low temperatures allow the dissolution of more carbon dioxide, which is then treated with sodium bicarbonate to counter the acidity. More carbon dioxide is added under pressure to finish off before storage and distribution.

Here are some popular uses for Ginger Ale:

The earliest known Ginger Ale is known to be produced in Genf by Jacob Schweppe in 1783. However, the first manufactured Ginger Ale was in the golden style, which was dark-colored, fermented, heavily spiced and with a sweet flavor, produced in Ireland by Thomas Joseph Cantrell, an apothecary and surgeon.

The local beverage company Grattan and Company took the task of marketing the Ginger Ale. The Ginger Ale started initially as a non-alcoholic carbonated variant of the famous Ginger beer invented in Yorkshire, England, in the Victorian age.

Club sodas now found a great substitute in the pale Ginger Ale, which was often found to mask the strong alcoholic spirit smell in the drinks. The dry style of Ginger Ale quickly became popular in the United States and Canada.

What Is Ginger Beer Best For?

Ginger beer is best for those who are looking for a mildly carbonated drink that has a stronger flavor of ginger than regular Ginger Ale. Since the alcohol content is relatively low, ginger beer is usually considered non-alcoholic. However, the level of alcohol may differ from one brand to another.

The present ginger beers found in markets have an aromatic flavor of ginger with a robust and spicy taste. The carbonation does impart a fizz, but the taste is pretty strong and gingery.

Originally brewed as an alcoholic beverage in Victorian England, Ginger beer was made by the fermentation of ginger, water, sugar, yeast, and cream of tartar. Sometimes, additional ingredients like citric acid, lemon juice, or lemon peel are added to help preserve the beverage better. The ginger beer alcohol content is regulated by bottling ginger beer before the completion of the fermentation process.

Foods that go well with ginger beer are seasoned, spicy, saucy foods, etc. The strong aroma of ginger makes everything taste better. Food items that are glazed with sauces can also be paired with this beverage. The best thing is that you can pair sweet as well as spicy foods, and all would taste great with ginger beer.

Broadly classified into two variants, ginger beer can either be alcoholic or non-alcoholic.

A can of 382 milliliters of ginger beer contains:

A GBP or Ginger Beer Plant is used, which is best explained as a colony of organisms that contain the yeast and bacteria driving the fermentation process. This yeast named Saccharomyces florentinus forms a symbiotic relationship with that of the bacteria, Lactobacillus hilgardii. This leads to the formation of a substance that is gelatinous in texture, traces of which can often be found on the surface of the beverage.

Optional ingredients added to the drink include lemon juice, cream of tartar, etc. The fermentation process continues for a few days, producing alcohol. The GBP can be sourced commercially, often transferred from one batch to another, and can be reused for years. Sometimes, a ginger bug can be used as the starter for fermentation.

Simpler to form, a fermented mixture of water, yeast, ginger, and sugar can be made to develop the bug. The more sugar added, the more the alcohol content produced. Once the process is complete, the beverage is strained and diluted with water and sometimes lemon juice. The beverage is then bottled, completing the manufacturing process.

The ginger beer from the two different fermentation processes usually differs a lot in flavor. While GBP is preferred more for homemade variants, commercially produced ginger beers usually use Brewer’s yeast for the process. This is due to the easier method of production and the more commercial availability of Brewer’s yeast.

There are numerous uses for Ginger beer which makes it a popular choice of beverage all over the world.

Ginger has been in use since times immemorial as a medicine and a potent flavoring agent for dishes. In countries with ancient cultures like India and China, ginger has been in use as a vital ingredient in almost all main food dishes. Similarly, in the western half of the world, ginger was made to flavor drinks and added a little spice to them.

Ginger beer originated as an alcoholic beverage in England’s Yorkshire in the Victorian period. This drink quickly became popular with the masses and crossed continents to reach the United States, South Africa, and Canada. England’s neighboring country, Ireland, is the proud inventor of the milder soft drink variant of ginger beer, the Ginger Ale.

The popularity of ginger beer peaked in the early part of the 20th century. To this day, ginger beer remains a vastly enjoyed and popular drink used in making some great cocktails.

Concluding the debate of Ginger Ale vs ginger beer, it is best to say that if you are an admirer of ginger flavor, you must try out both. However, if you are looking for something to spice up your drinks and add that depth of ginger, ginger beer will be a better option. 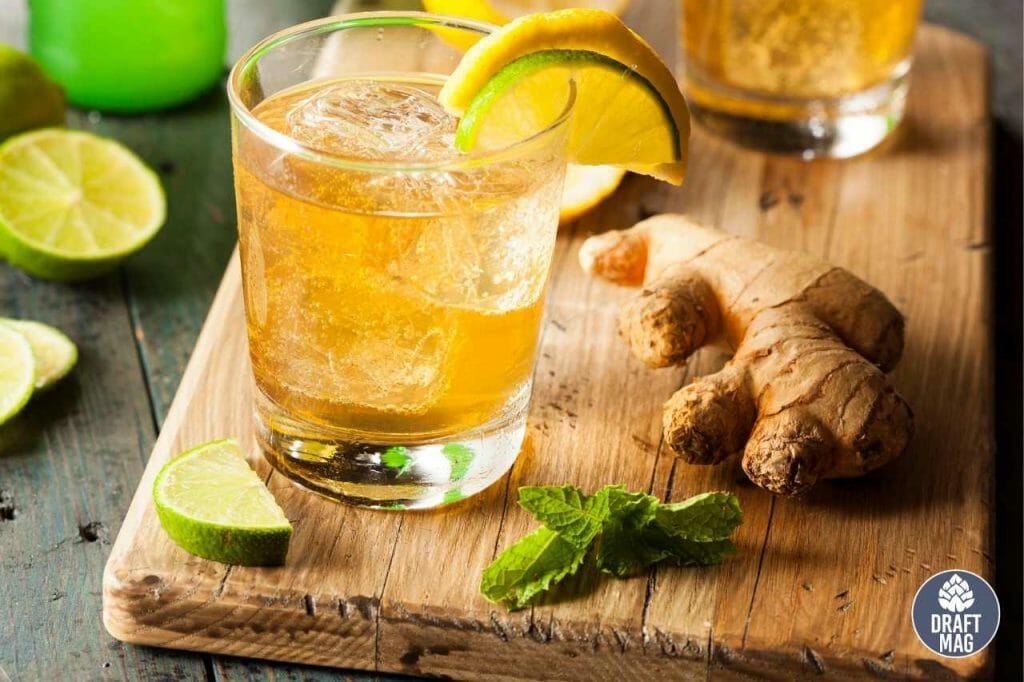 Both Ginger Ale and ginger beer have a plethora of health benefits as ginger is the primary ingredient. No matter which ginger-flavored beverage you choose, you are bound to reap the benefits.