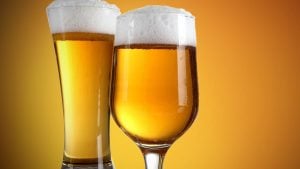 Pitching Busch Light vs. Bud Light has been a typical comparison among regular drinkers because they seem like they’re almost the same beer. However, they’re not the same, and the difference lies not just in their taste but also in their ingredients.

Apart from their unique flavors and ingredients, several factors mark the difference between Busch Light and Bud Light.

In this article, we’ll be exploring everything you need to know about both beers, what makes them different, and so much more.

Before we take a closer look at the qualities of both beers, here is a quick comparative overview of their components. Here, we can see the key differences between Busch Light and Bud Light, as well as some of the similarities they share.

What Is the Difference Between Busch Light vs. Bud Light?

The main difference between Busch Light and Bud Light is that Busch Light has a crisp and clean taste that leaves no residual texture on the tongue while Bud Light has a fuller flavor that stays in the mouth even after drinking.

Although both beers are produced by the same brand and have similar ingredients, Busch Light beer and Bud Light beer are entirely different drinks in terms of taste and flavor. Busch Light is brewed for an extended period of time to produce its unique paleness and is easy to drink. Its flavor is pleasant and neutral without any excessive texture.

Bud Light is brewed to have different flavors that are great for light drinkers. These flavors are mostly fruity and meant to leave a refreshing taste with every sip. It has a distinguishable finish that both new and seasoned drinkers will enjoy.

Busch Light alcohol content, on the other hand, is 4.1 percent alcohol per volume. Unlike Bud Light, Busch Light doesn’t come in a wide variety, which leaves drinkers with limited options compared to Bud Light’s six variants.

Both Busch Light and Bud Light are good beers for light drinkers. They are light beers containing fewer carbs and calories than many other beers available in the market. Due to their plant-based composition, both beers are relatively healthy when taken in moderation.

Hence, you can enjoy a cold can of both beers without worrying about adding weight or endangering your heart. Busch Light has 3.2 grams of carbs, 95 calories and 0.7 grams of protein. However, it contains more alcohol than the regular Busch.

Bud Light has slightly more carbs and calories. One bottle of Bud Light contains 110 calories, 6.6 grams of carbs and 0.9 grams of protein. Nonetheless, as long as both beers are not consumed in excessive amounts, there’s no need to worry about any negative effects on your health.

Busch Light is best for those who are looking for a more balanced and less overwhelming flavor and aroma. Anheuser-Busch brews it for longer periods to produce a lighter body that makes for its nearly translucent pale yellow color. After a good old sip, you can feel a smooth, clean taste in your mouth due to its lightness.

Busch Light is a pale lager kind of beer first introduced in 1989 by the Anheuser-Busch Brand. Busch Light ingredients include quality hops, corn and malt to create a refreshing and crisp taste. It contains fewer calories than other beers and is excellent for first-time or light drinkers.

This Busch Light review will be based on its appearance, taste, food pairing and price, along with its unique pros and cons. Speaking of appearance, the Busch Light beer has an almost translucent pale yellow color that makes for a pleasant sight when poured into a glass. When poured, it is quick to foam, although the foam dissipates quite fast.

When it comes to taste, Busch Light has a smooth and clear taste that retains its malty feeling. However, it doesn’t leave a lasting taste in the mouth, and it has a pleasant aroma that isn’t too strong. You can almost smell nothing, although you may smell the malt and corn if you try hard enough.

Busch Light can be paired with pizza, grilled chicken, buffalo wings and other spicy meals for a remarkable drinking experience. Surprisingly for its quality, the price is quite affordable. You can get a pack at your nearest grocery or convenience store for between $15 – $17.

Bud Light is best for those who are looking for a beer with simple ingredients, which is perhaps a major reason why it’s a favorite among American drinkers. It is made with rice, barley malt, hops and water, giving the beer its distinct and refreshing malty taste. 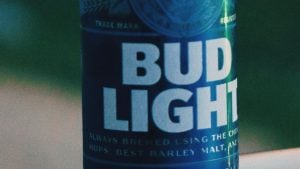 Bud Light beer was first introduced to the public in 1982 under the Anheuser-Busch brand, the same parent company that produces Busch Light. It has gone on to become the most popular beer in the USA, and virtually every beer lover has had a can or two of Bud Light.

Bud Light beer is the best-selling beer in America and is a favorite of many beer drinkers. This review on Bud Light beer is based on its appearance, aroma, food pairing and price. In terms of appearance, Bud Light has lovely packaging and comes in a light yellow color, but it’s not as pale or translucent as the Busch Light. Its carbonation is top-notch as the foam rapidly dissipates.

Bud Light has a slightly sweeter and crisper taste than Busch Light and other similar beers. It contains a more substantial and fuller flavor with a hint of fruitiness that is rare in other light lagers. The aroma Bud Light lets out is somewhat grainy, fruity and strong.

After a drink, Bud Light leaves a full, crisp, lasting taste on the mouth. It has different flavors and fewer calories and carbs, making it a top choice for first-time, regular, light and heavy drinkers alike.

Bud Light can be paired with almost any type of food. It goes well with cheese, buffalo wings, pizza, sandwiches, steaks and any spicy meal. The only considerable downside to Bud Light is its price. Depending on the number of beers in the bundle, it can go for as high as $10 – $20 per pack. There are different types of Bud Light beer: Bud Light Regular, Bud Light Peels, Bud Light Chelada and the Bud Light Platinum. 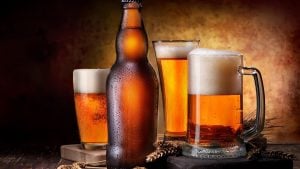 We’ve discussed all the key differences between Busch Light and Bud Light, and it’s time to go through each point again:

With Bud Light, you get to try up to six different variants, while Busch Light delivers one well-known and loved variant. Drinkers all across the world swear by one or both of these beers, but nothing is stopping you from enjoying them both!