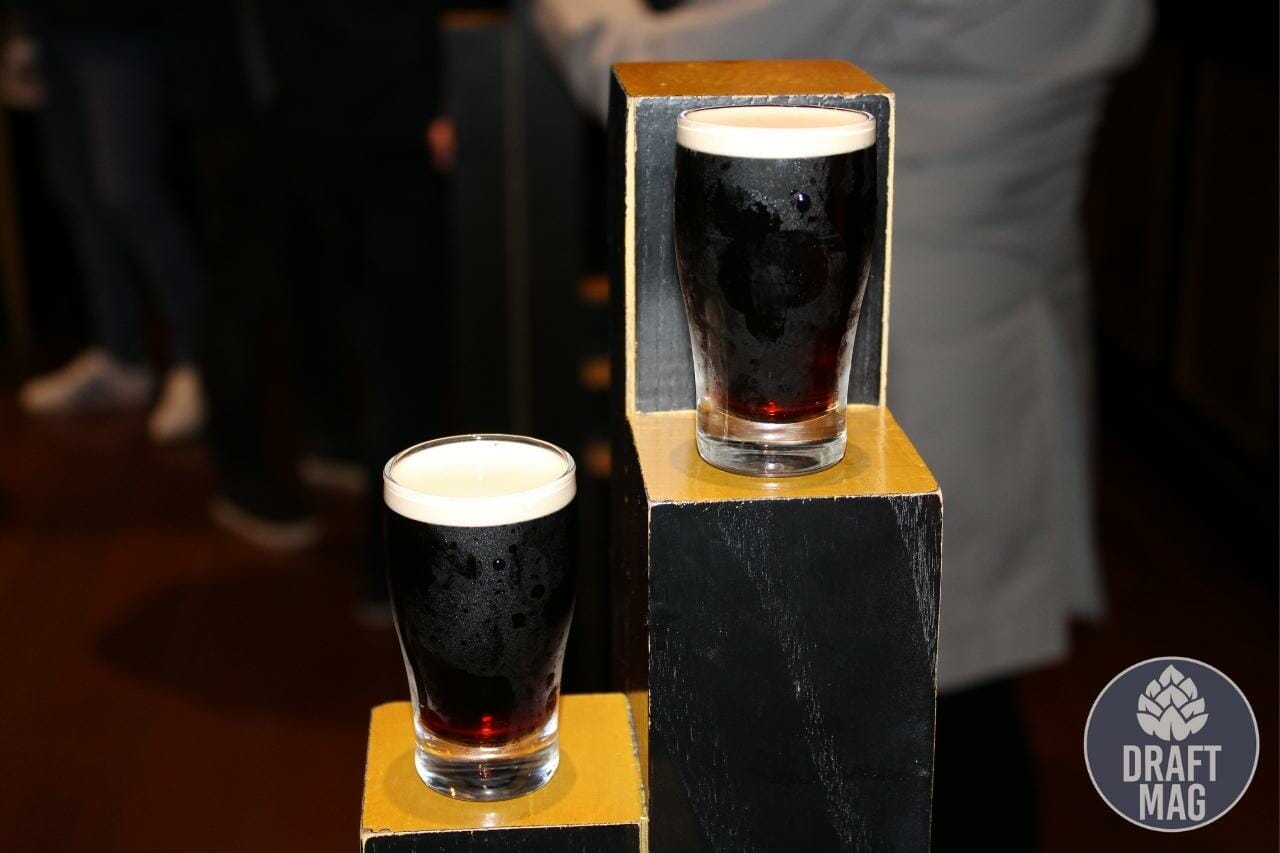 Guinness Extra Stout vs Draught is a pretty exciting comparison because Guinness relies heavily on both beers. Since they’re both famous, beer enthusiasts hardly know what to choose.

If you’re here because you’re not sure which is a better beer for you, you’re in luck as our complete guide will compare the two beers in-depth.

Continue reading below to spot the differences and make your choice.

Here is a quick table of comparison for these two beers.

What Are the Differences Between Guinness Extra Stout and Guinness Draught?

What Is Extra Stout Best For?

The Guinness Extra Stout is best for those who want a crispier and stronger beer. If you don’t mind the sharp taste and would like to get drunk quickly, this is the right Guinness for you.

The Extra brew also features a balanced aroma and flavor, with attention to detail from the roasting to the fermentation.

The Extra beer is made from malt, hops and barley. The main ingredient in this Guinness beer is the Irish barley combined with high-quality pale malt and isomerized hop extract. Other ingredients include water, yeast and cereal.

The yeast used to make the beer is also made by Guinness and is called brewer’s yeast. These are roasted, brewed and fermented before being pressurized with CO2. This leaves drinkers with a balanced aroma and taste of the different ingredients.

When you drink the Extra Guinness brew, the main thing you will discover is its crisp and sharp taste. If you’ve tried the Guinness Original, you can spot some similarities. It is pressurized with carbon dioxide to give you a crispy and robust flavor. Its ABV is 5.6 percent, although it goes as high as 7 percent in some countries.

As for the appearance, it looks black and full-bodied, with good head retention and a creamy, foamy head.

You can notice the overwhelming roasted malt aroma on the nose, with some hints of fruitiness obtained from the hops.

The strong flavor is pretty intense and offers a well-rounded balance of sweet and bitter tastes, with neither one overshadowing the other.

The refreshing taste also offers faint hints of caramel and a rich mouthfeel against your palate. The Extra brew also has a smooth but sharp mouthfeel and a dry finish.

There is 1 percent of calcium for every pint of Extra beer, so this beer is very rich in calcium, a mineral well-known for forming and strengthening bones. Besides enhancing the mineral density of your bones, the beer is also rich in different vitamins that help you break down food easier, so feel free to enjoy this Guinness with your dinner.

Every pint of this beer also has about 0.3 grams of iron, which helps boost energy and makes you more active. And if you want a beer that would make you drunk after about two servings, this is a great choice.

The stout beer is one of the oldest beers globally, dating back to over 200 years ago. It is based on the popular Guinness Original beer, the first ever made, which made it very strong, bitter and darker than most people were used to.

But by the 1970s, the Extra was remade to be more drinkable and appealing to most people. This meant switching up the ingredients to include isomerized hop extract and pale malt, making the beer easier to drink.

The Guinness Draught beer is best for those who want a creamier and smoother beer with less carbonation. The beer is also targeted towards those who don’t want a lot of alcohol content and want to reduce their calorie and carbs intake in general. 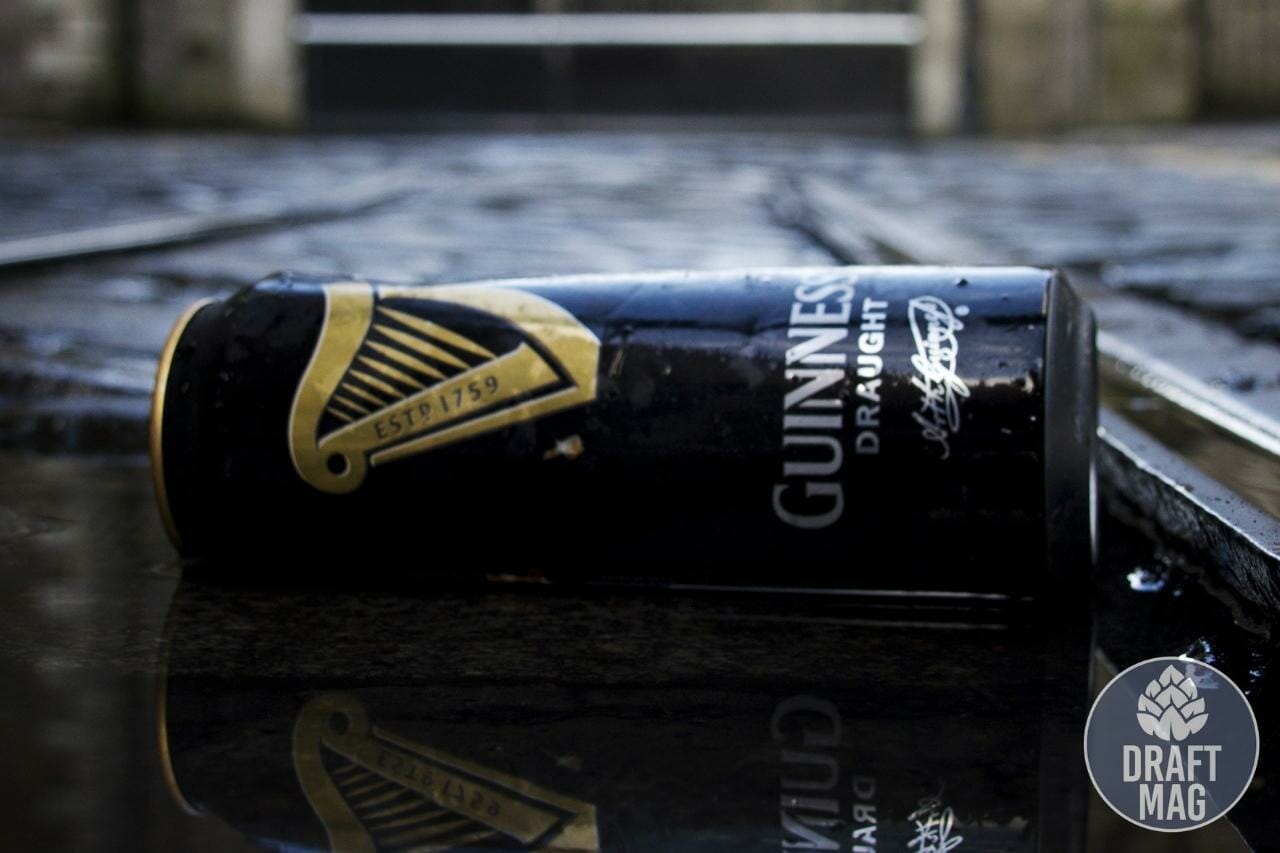 Guinness Draught is made with a blend of malted barley and unmalted barley, which gives it a unique and rich taste. The main ingredient is barley and the different types are mixed in grits, although Guinness has not shared what type.

Besides barley, the other ingredients include roast malt, water, hops and yeast. All of these are blended, brewed and fermented. After this, it is pressurized with a mix of 75 percent nitrogen and 25 percent CO2 to produce a sweet and creamy beer.

The Draught beer is well-liked by many beer enthusiasts, so it is distributed to different continents and countries. It is one of the best-selling beers in the world.

All of this is due to its creamy taste. Unlike most beers carbonated with nitrogen, the Draught remains rich and creamy while helping drinkers cut down on carbs.

Like the Guinness Extra, the Draught Guinness also has a well-rounded blend of sweet and bitter flavors, with neither one overshadowing the other.

You notice the creamy and stormy surge when you pour the beer, which sets it aside from regular fizzy beers. It also has a dark color with a creamy head and average head retention.

On the nose, you will notice the hints of malt and coffee, giving you a sweet smell.

The characteristics of roasted malt are evident in the taste of this brew. The aroma of malt, coffee and barley also transfer to the flavor.

As for the mouthfeel, you will notice the velvety and smooth texture because of the nitrogen. The beer has no bubbly feeling but cleanses your palate.

The Draught stout has 4.2 percent of alcohol with a low level of carbs and calories, so it’s best for health-focused beer drinkers. It also contains a lot of antioxidants, which prevent the collection of cholesterol in the arteries and promote a healthy heart.

It is also stated that this beer can improve your memory when consumed moderately, especially for those with problems in this regard. And when you drink this beer, you don’t have to worry about getting a beer belly as it helps you manage your weight and keep you in shape.

Keep in mind that it’s essential to consume Draught and any other beers moderately, or you won’t be able enjoy any of the health benefits. Also, this brew won’t get you drunk as fast as the Extra would.

Dating back to 1959, the release of this beer coincided with the 200th anniversary of Guinness. It was also launched to celebrate Author Guinness, signing a 9,000-year lease. It’s a primary beer from Guinness and is considered one of the most popular today.

Michael Ash developed it as the first nitro beer. The mathematician and brewer figured out a way to pressurize beer with nitrogen rather than CO2.

Here are some of the frequently asked questions about this topic and answers from our experts.

– Are There Similarities Between Guinness Extra Stout vs Draught?

Yes, the main similarity between the Guinness Extra and Draught is the balance of bitter and sweet tastes in their flavors. Since they are made with similar ingredients, both beers would give you a well-rounded flavor with some bitterness and sweetness, but without clashing or one overshadowing the other.

– What Does Extra Stout Mean in Guinness?

Guinness Extra Stout is considered extra because it is brewed with more hops than standard stouts, intensifying the flavor and adding hints of fruitiness in the aroma and flavor. This was because in the beginning, more hops were needed to preserve beer being shipped abroad. In Guinness, Extra is one of the most popular beers, offering a crisp and sharp flavor character.

– What Is the Difference Between Guinness Foreign Extra Stout and Extra?

The main difference between Guinness Foreign Extra and Extra is that the Foreign Extra brew is richer, blacker and stronger than the Extra, but those in the U.S. don’t have easy access to it as it is the version available in Africa, Asia, Europe and the Caribbean. Many beer enthusiasts prefer the Foreign version to the U.S. one because of the differing style profile.

– What Is the Difference Between Guinness Draught Vs Foreign Extra?

The main difference is that Guinness Draught is a creamy and rich stout made with a combination of nitrogen and CO2 to pressurize it after fermentation, while the Foreign Extra Stout is force-carbonated, unlike the nitrogenation of Draught. It also has a bolder and dominant caramel flavor as well as a higher ABV. 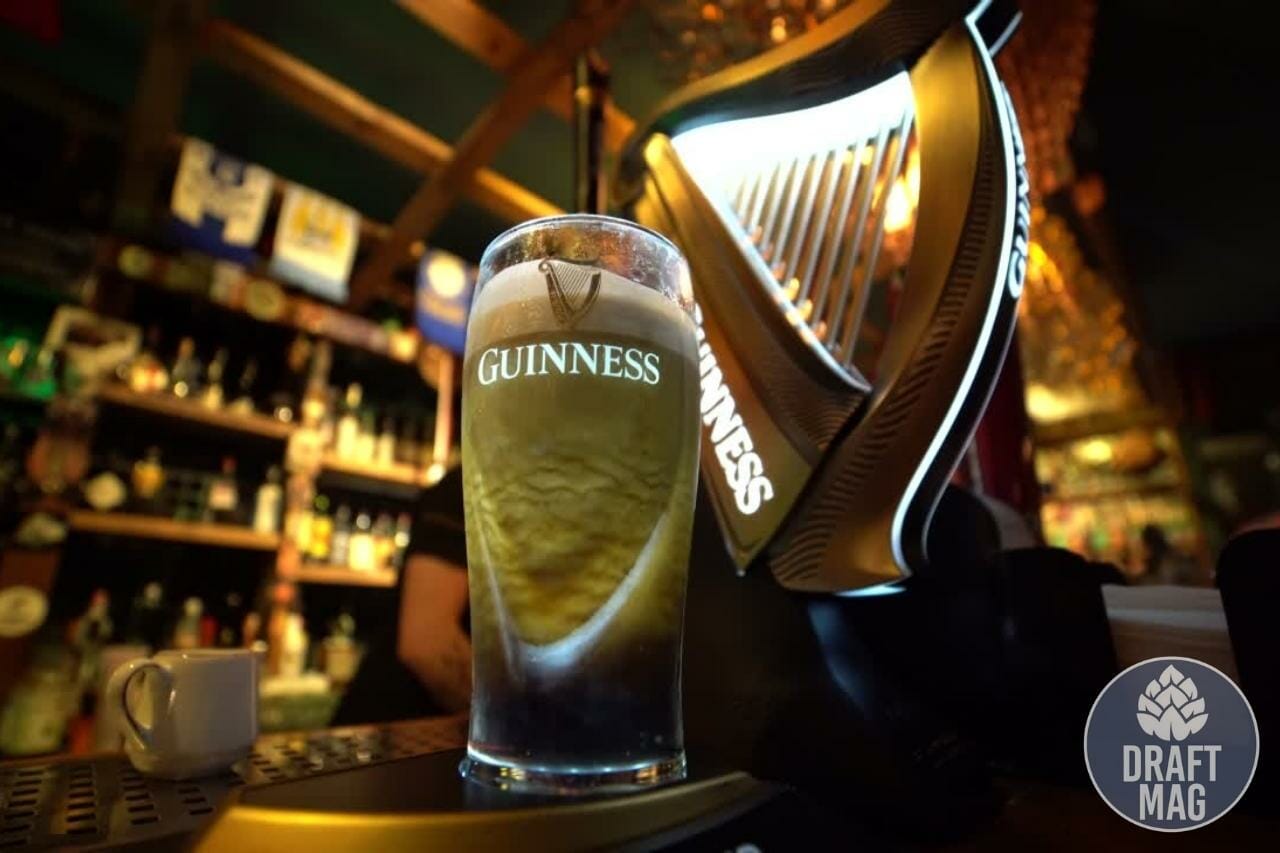 As seen in this Extra vs. Draught review, both beers are delicious and unique. They also have a few differences and similarities.

The main difference is that the Guinness Extra is made with CO2 while the Draught is made with mostly nitrogen.

If you’re worried about your calorie or CO2 consumption, you can go for the Draught beer and enjoy the creamy taste. But if you prefer something stronger and sharper, the Extra beer is the ideal choice.

You can also try both beers and choose your pick!