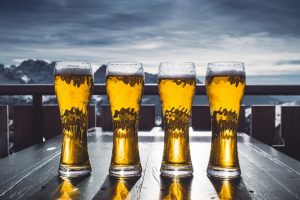 However, that’s not the only difference that sets them apart! Yes, both are alcoholic drinks, but there’s a stark difference between their composition and production. Find out more about the differences between these two malty drinks in this expert guide!

How Is Beer and Malt Liquor Prepared

If you’re curious about why beer and malt liquor taste so different, know that the answer mostly lies in their production process, which produces a sharply different texture, taste and alcohol by volume content. Read in this section how each beverage is produced.

Beer production operates on one simple principle: Transforming the starch in the malted cereal into “wort.” This is done by mushing the starch with warm water for at least one to two hours. The resulting liquid is known as wort, which then needs to be filtered out.

After filtration, the clear liquid is poured into a pan and boiled. This is where brewers add the hop, which imparts the beer a distinct taste and smell. Next, they choose a yeast to ferment the beer. Keep in mind that beer can be made using both top and bottom fermentation; hence they have a free hand on the kind of yeast they want to choose, based on the desired final result.

Expert brewers add the yeast only when the mixture is in the fermenter. Next, they seal the fermenter airtight and store it in a cool and dark place with a temperature of 68 degrees Fahrenheit. This ensures that the beer ferments well.

Note that it takes about two weeks for the regular beer to ferment. After that, you can bottle it. The majority of the sediments will remain in the fermentor itself. This will impart the beer a smooth texture.

Malt liquor production demands a sufficient supply of barley, yeast, and water. The ingredients and brewing process are pretty similar to that of beer, except for hop, which is a key ingredient in beer but not in malt liquor.

How To Choose Between Beer and Malt Liquor

Knowing the difference between malt liquor and beer isn’t enough — you also need to know which one of the two can fetch you a good time and which would suit you more.

Here are a few tips that’ll help you choose the perfect drink for you.

No one with a beer or malt liquor in their hand wants to blackout or throw up. If you’re drinking to unwind after a tiring day, it’s best you choose a drink you can handle.

Malt liquor has a much higher alcohol content than beer, and it might get you very drunk very fast. Moreover, if you’ve just started drinking, you might not be able to handle the intensity of the taste.

Hence, if a quick drink is all you need, consider malt liquor, but go for a beer if it’s a leisurely drinking session.

Some beginners find it difficult to get accustomed to the beer’s bitter taste. Although millions of beer fans are out there, newbies will agree that its taste is not exactly “mouthwatering.”

If taste concerns you, malt liquor is perfect for you. It’s highly sweetened and has a fruity flavor, so that even beginners will have no trouble enjoying it.

A lot of people love to stock up their favorite alcohol in their house so that they don’t have to visit the wine shop every time they need a drink. If you intend on stocking up, malt liquor will be a great choice.

It comes in 40-ounce packages, so you’ll have to buy fewer bottles than you’d do with beer. Also, malt liquor being cheaper, it is much more pocket-friendly than beer.

When it comes to alcoholic drinks, you simply cannot ignore their impact on your overall health. Note that malt liquor has a higher alcohol content: It has almost 80 percent more alcohol compared to beer in the same quantity.

An alcohol overdose can cause high blood pressure and liver malfunctioning. Hence, if you’re someone who often drinks and in handsome quantities, you should definitely choose beer.

The best part about drinking beer and malt liquor is how easy they’re to consume. Other alcoholic drinks demand water for dilution. Beginners need a little time to wrap their heads around the alcohol-to-water ratio concept.

On the other hand, all beer and malt liquor need you to do is crack open the seal and pour it into a glass. Alternatively, you can drink straight from the bottle! When it comes to ease of consumption, there’s not much to separate beer and malt liquor. 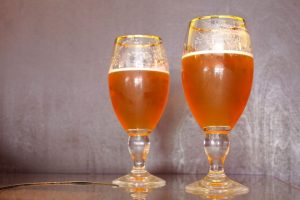 Perhaps the number one reason for the growing confusion between malt liquor and beer is the dilemma with regards to their legal definition.

Legally speaking, malt liquor is either an ale or lager, and it’s distinguished by its alcohol by volume (ABV) exceeding a certain limit set by the state. Note that the legal definition focuses more on the alcohol content and totally ignores the actual ingredients in malt liquor that make it different from beer.

The exact ABV limit for an alcoholic drink to qualify as malt liquor is 5 percent, but it may vary from state to state.

In this section, you will find the most common questions regarding the malt liquor vs beer debate.

– Which Has a Better Texture: Malt Liquor or Beer?

– Which Is Better: Malt Liquor or Beer?

Malt liquor has always been infamous due to its inferior quality and, for ages, it has been popular among the financially weaker section of society. Although both offer similar experiences, beer is generally much more refined. So, if we speak in terms of quality, beer is definitely better.

– Do Beer and Malt Liquor Expire?

Unopened beer can last up to nine months without refrigeration. With proper storage and refrigeration, you can make it last up to two years. For most commercial malt beverages, you won’t find a fixed expiry date. In case of doubt, you can ask the seller about its manufacturing date and decide if it’s fit for you.

What’s the Difference Between Malt Liquor and Beer

If you’re a newbie wondering what’s the difference between beer and malt beverage, the following table might just be the thing you need.

We have compared both alcoholic beverages on their characteristics and production procedure to chalk out their actual difference/s. 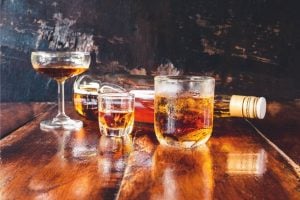 Phew! What a ride that was! So, in a nutshell, despite being made of similar ingredients, malt liquor and beer differ vastly in their taste, flavor, and overall experience you have with them.

Moreover, these two alcoholic drinks serve two different target groups: Beer is for the more sophisticated, while malt liquor is for people seeking taste and want to get drunk at an affordable price. The only way you’ll find the perfect one for you is by aligning your preferences with what the drink has to offer.