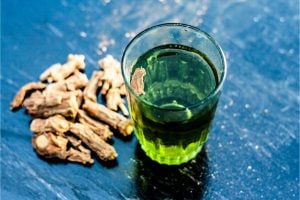 The Sarsaparilla vs root beer debate has intrigued beer lovers for ages. After all, with a similar appearance and source of origin, the difference between sarsaparilla and root beer is negligible to inexperienced eyes. Yet, they are very different in their composition.

Hence, with inputs from beer experts and our own research, we have put together the ultimate sarsaparilla vs root beer guide. Find out which one is the best drink around!

These two beverages were used by the Native Americans and were named after their constituting ingredients. While sarsaparilla was utilized for therapeutic purposes, its bitter taste likely led to the invention of root beer.

At first glance, these two beverages appear to be similar. In fact, present-day root beer is produced from sarsaparilla along with additional ingredients added to reduce the drink’s bitterness, so that Americans can enjoy the sweet beverage that they have been craving for a long time.

But when it comes to their flavor, variances, alcohol content, and carbonation level, they are very different. Furthermore, unlike root beer, many people still see the original sarsaparilla as a medical beverage that can be used to treat a variety of health concerns.

The production procedure is also fairly different. People began to employ licorice flavors and wintergreen to combat the bitter taste of sarsaparilla to alleviate the problem.

Sarsaparilla is an herb that is derived from the Smilax Ornate plant and its variations. These tiny, woody vines are native to Mexico and Central America, where they grow in abundance. This drink, derived from the Spanish phrase “zarzaparrilla,” has a long and illustrious history.

When it was first introduced in the 19th century, sarsaparilla was marketed as a remedy for skin and blood disorders.

This herb is rich in vitamin A, C, D and B-complex and various minerals such as iodine and iron, manganese, zinc and copper, and silicon.

It has also been discovered that sarsaparilla ingredients contain active chemical qualities, such as anti-inflammatory and anti-cancer chemicals, antioxidants, and other beneficial components.

As a result of their significant anti-inflammatory and antioxidant effects, they aid in boosting your immune system. Aside from other sarsaparilla ingredients, its anti-mutagenic characteristics can help to boost your immune system while also preventing cancer cells from proliferating and spreading throughout your body.

If you want to reap the greatest health advantages from sarsaparilla, go for a variety that contains plant elements. Look for a microbrewery or homegrown sarsaparilla. The commercial products hardly contain any real sarsaparilla and might also have added sugars and artificial sweeteners.

Even so, it can be difficult to locate authentic sarsaparilla that is made entirely of natural sarsaparilla ingredients these days.

If you actually want to reap the health benefits of sarsaparilla, you should consider making it yourself from scratch.

How To Make Sarsaparilla at Home?

Even though both sarsaparilla and root beer are both made from vines, their production has significant distinctions. For starters, to counterbalance the sour aftertaste of the sarsaparilla taste, flavorings such as wintergreen and licorice were introduced to the drink as it progressed, effectively turning the sarsaparilla into a root beer version.

Now, commercial sarsaparilla beverages are not only lacking authenticity but are also pretty pricey. So today, we will share the recipe for homemade sarsaparilla for you to enjoy this delicious beverage at home.

Once the beverage is ready, make sure you filter out the sediments before enjoying your first sip. 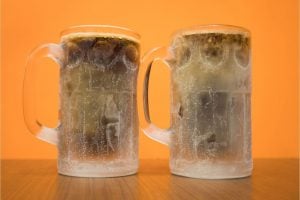 Root beer started gaining popularity in the 19th century and was introduced by Charles Elmer Hires as an alternative to traditional alcoholic beverages. Modern-day brewers make various variations of the traditional root beer ranging from alcoholic, non-alcoholic, carbonated and non-carbonated.

In the early days, root beer was primarily made from sassafras. However, a few years down the lane, it was found that the oils in sassafras could be carcinogenic. Post this revelation, the FDA banned the use of this plant in the production of root beer.

The modern-day root beer recipe replicates the original sassafras flavor with the help of artificial flavoring, sodium benzoate, and other sweeteners like sugar, corn syrup, maple syrup and others. Birch is also a common component of modern-day root beer — although you might know it best as the main ingredient of birch beer.

How Is Root Beer Prepared?

Preparing root beer from scratch can be quite a hassle for amateur brewers, considering you will have to chop the roots and herbs manually.

Instead, we recommend you buy a root beer extract. These commercial extracts already contain the original ingredients of root beer: licorice, sarsaparilla, wintergreen, and vanilla.

Once you have the extract, all that you have to do is take a container and add sugar, water, and yeast to the extract in the ratio of 1:2:1.

Once you seal the container, the yeast will react with the water and carbonize it, and the reaction will move forward to ferment into root beer.

The best part is you can experiment with different herbs and spices in this recipe to give it a unique flavor. Just remember to add everything into the container before sealing it. Any ingredient added after the beer is brewed will remain raw and give off an extremely strong flavor.

If you are into old-fashioned brewing, then you might prefer to make your root beer from scratch. In this case, you will need authentic ingredients, including licorice, sarsaparilla, wintergreen, and vanilla. You can also ferment soda to enhance the process.

Once you have chopped and cleaned the herbs and spices, let them soak in boiling water for about 12 hours. This will help in releasing the authentic flavors and fragrances of all the ingredients.

After that, you can add sugar to the mixture and seal the bottle to ferment. If you want to make it ferment faster, turn the temperature in your kitchen a notch high. Low winter temperatures can severely bring down the pace of fermentation.

The quickest way to enjoy root beer at home is through root beer kits. They are also available for kids in case you want an amusing yet educational tool for your children. These kits come with root beer extracts, yeast, and other kitchen tools like funnels that you will need to prepare it.

You will also find adult versions of root beer kits that are alcoholic. The adult version has a five percent alcohol by volume (ABV).

So be careful when you purchase it for kids. You definitely don’t want your underage kids to get drunk.

– Is Root Beer Good for You?

Drinking root beer regularly may not be the best choice. The commercial root beer flavor is typically loaded with sugar and artificial colors. However, if you drink in moderation, we do not see any significant harm in it.

You will also find organic brands of root beer that are sweetened with cane sugar. However, they are more expensive. Compared to other sodas, root beer contains fewer toxic acids, making it a healthier beverage choice. Colas and other soft drinks frequently include phosphoric or citric acids, which can cause the enamel on your teeth to deteriorate over time.

Commercial root beer flavor incorporates coloring to give the appearance of being sweeter than it is, which can cause inflammation internally. Some of these can be avoided by purchasing organic products, but it is always a good idea to double-check.

Difference Between Sarsaparilla vs Root Beer

Despite similar ingredients and time of origin, we have discussed how these seemingly similar beverages are poles apart from each other. To help you understand the difference better, here is an in-depth comparative analysis of these two traditional beverages:

Root beer and sarsaparilla are two of the most popular alcoholic beverages in western countries. Sweet, frothy, and alcoholic or non-alcoholic, root beer can be either carbonated or not carbonated. Sarsaparilla, on the other hand, is a non-alcoholic, nutritious beverage.

It doesn’t matter if you’ve never seen sarsaparilla or root beer before; you now know what they’re called and how to tell them apart. This article will be helpful if you are visiting other countries and would like the difference between sarsaparilla and root beer. Decide on the beverage that best suits your preferences.