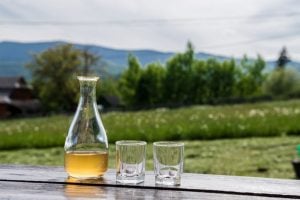 Mead vs beer debates have stirred up a bit in recent times. When you first taste mead, it will remind you of wine, but it’s also similar to beer in some aspects.

To fully understand both mead and beer, you must first know the distinction between the two. Is mead comparable to beer? Well, there are some parallels but also a great difference between beer and mead, and this post aims to discuss everything you need to know about mead vs beer.

Mead is commonly referred to as honey wine, although it’s neither wine nor beer, and it is a drink in its own right. Also known as the drink of the Gods, meads have been farmed and consumed for thousands of years throughout the world.

Mead was hugely popular among the ancient tribes, including those from Asia, Europe, and Africa. Honey wine, or mead, consists of honey, water and yeast. While officially a wine and inherently gluten-free, mead comes in a wide range of flavors.

– Mead: A Beer, a Wine or Something Else?

Between the two, beer and mead, the latter occupies a solid position. Mead is legally manufactured at wineries, and you can find their bottles in wine stores. However, mead can be considered of the craft beer category owing to the hops present, which some brewers opt to use as a natural preservative. However, mead, like cider and sake, is an independent beverage.

Mead is one of the most adaptable alcoholic beverages. Sugar ferments into alcohol, and the more sugar there is, the more alcohol there will be. Since honey is extremely high in sugar, it’s a fantastic place to start when making mead.

The resulting mead will be dry and sugary. It may be a bit bitter, with the mead alcohol content ranging from 4 to 20 percent for barrel-aged meads.

How Is Mead Made? 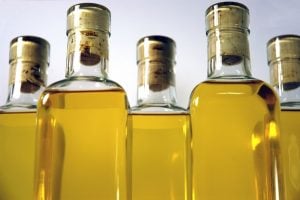 Mead-making is a simple process which is similar to winemaking, but each stage has a lot of potential for mistakes.

Like any other alcoholic beverage, the process begins with fermentation. Here the brewers dilute the honey by adding water. Next, yeast transforms the sugars in the honey syrup into alcohol.

Once fermentation is done, they add more honey or fruit to add complexity. The mead is then transferred to another fermentation tank for further clarification. The alcohol percentage is determined by the honey-to-water ratio (as well as the aggressiveness of the yeast).

Let’s dive into the characteristics of mead in an attempt to understand its wide popularity:

The alcohol concentration of mead varies from one recipe to the next and amongst mead producers. It has a higher alcohol content than beer and is more akin to grape wine – often between 8 percent and 20 percent ABV. Mead comes in a range of sweetness levels, from bone dry to lusciously sweet, and can be still or effervescent, much like wine.

Due to the fermented honey, mead has a distinct flavor. Depending on the ingredients, it might taste like a fruit wine, white wine, or even hard cider. Mead can be sweet, dry, or somewhere in the middle. If you’re new to this sort of drink, a good rule of thumb is to start with a spice or fruit taste according to your preference.

Mead comes in a variety of styles. The sort of ingredients you use to manufacture your mead determines the mead style. Traditional mead is made by combining honey, water and yeast as a basis.

Here are some of the most frequent mead varieties you’ll come across on a menu or at a store:

Beer is a popular alcoholic beverage prepared from water, malted barley, hops, and yeast. Beer has been around since 15,000 BC and has evolved in every aspect as humans’ grasp of technology and science has advanced.

Beer is an alcoholic beverage that is made by saccharifying starch and fermenting the sugar that results. Malted cereal grains, most frequently malted barley and malted wheat, provide starch and saccharification enzymes. Many beers come with hops, which impart bitterness and serve as a natural preservative. However, other flavors, such as herbs or fruit, may be used on occasion.

The most widely utilized grain is malted barley. Hops add bitterness to balance out the sweetness of the malt. Most brewers use hops as a preservative. Finally, the brew is fermented into alcohol by the brewer’s yeast. Other grains are used instead of barley in some beer brews like wheat, maize, or rice. Some brewers produce unique-tasting beers by combining fruits, herbs and spices.

Beer is a generic term for a variety of beverages. Most people are familiar with the two basic categories of ale and lager. Both are beers; the main distinction is that they use different strains of yeast. It has an impact on the brewing procedures used and the flavors produced. Brewing is the process of making beer. Beer is the most common alcoholic beverage, and it is the third most popular drink overall, after water and tea.

How Is Beer Made? 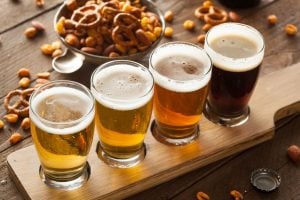 Malting, crushing, milling, hop addition, extract separation and boiling, removal of hops and precipitates, cooling and aeration, fermentation, yeast separation from young beer, storing, maturation, and packaging are all steps in the beer manufacturing process. Although the brewing process is not challenging, it does need several procedures.

The first step is cooking the malted grains to make a mash or malt. The next step is lautering, which involves straining the mash to extract the sugary liquid known as wort. The wort is then boiled with hops until it reaches the desired flavor. This liquid is then allowed to cool before introducing yeast to convert the carbohydrates to carbon dioxide and alcohol. Excellent flavors and fragrances develop along the journey.

Beer is the end outcome. After fermentation, most beers are left to rest for one to three weeks before being packed and distributed to retailers.

Here are the features of beer. Read on to know more of its secrets!

Beers have a wide range of alcohol by volume (ABV), depending on the brewing procedure. The percentage volume of alcohol per volume of beer helps to calculate the alcohol content. In general, the ABV ranges from 4 to 8 percent, with 5-6 percent being the industry standard in the United States. Some artisan beers now have an alcohol content of up to 12 percent.

Mead has a fruity and winey flavor, whereas beer — whether ale or lager — has a more malty flavor. Beer has crisp, hoppy, malty, or roasted in terms of taste. The magical combination of malt hops and yeast is typically responsible for a beer’s characteristic flavors. While almost anything goes, lime, orange, lemon peel, fruit juices, honey, spices, purees and espresso are the most frequent flavorings. To keep their flavor and scent, brewers add them at the end of the boiling process.

There may appear to be as many different sorts of beer as stars in the sky, but they all fall into two categories: ales and lagers. You can further classify these into about 80 distinct types, which are classified based on parameters like alcohol percentage, bitterness degree, and physical features such as taste, scent and color.

Brewers employ the saccharomyces cerevisiae yeast to manufacture ale. Since this yeast floats to the top of the fermentation vessel, ales are known as top-fermented beers. The production of ales takes place in warmer temperatures, while lagers are brewed using the saccharomyces pastorianus yeast, which is temperature tolerant.

The answer to the question “What is mead, beer or wine?” is straightforward. It is technically neither a beer nor a wine, putting it in a different class by itself. The maturing process is the main feature that distinguishes beers and meads. Most beers are designed for consumption in a short period, usually two to three months. Mead’s aging requirements dictate that it be left to age for at least a year after adding the yeast to mature, grow in complexity, and become a palatable beverage.

The ingredients for brewing beer include water, hops, barley, malt, and grain. Brewing entails fermenting carbohydrates, which are obtained from cereal grains, to make beer. The main ingredients in mead are honey, water and yeast. Champagne and wine yeasts, not ale yeasts, are employed in mead.

Sugar fermentation is used to make mead and beer. However, this is the extent of their resemblance. The components used in these two beverages are substantially different. Beer requires not only water but also grain and balancing hops. On the other hand, mead is prepared from a simple mixture of water and honey with yeast.

Beer passes through a boiling stage throughout the brewing process. With mead, however, this is not the case. Mead’s method is straightforward. Honey, water, any desired tastes or spices and yeast are combined. It then proceeds immediately to the fermentation stage. Mead is far more like wine than beer in this regard, because wine fermentation does not involve boiling. 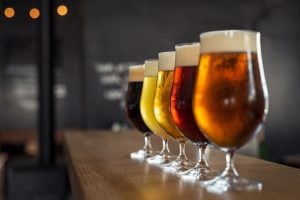 These terms may be familiar to anyone familiar with craft beer. Depending on your preferences, you can explore a wide range of mead or beer, ranging from dry, hopped meads with a high alcohol content to smooth, sweet meads with low ABvs.

Mead isn’t for everyone; some may prefer its highly fruity or super dry offerings, while others may stick to beer. In any case, experimenting until you find a drink that truly appeals to your palate isn’t a bad idea, is it?