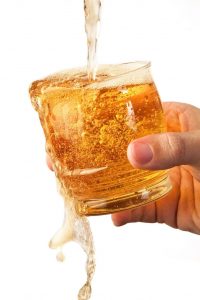 Our Bud Light Platinum review offers detailed information on one of the most selling beer brands in America. As a recent addition to the classic Bud Light beers series, the Bud Light Platinum is a step-up light lager brewed with increased alcohol and malt-sweetness.

From what Bud Light Platinum beer is all about to how this beer differs from Bud Light classic, our research includes all the key facts you need to know about this beer.

What is Bud Light Platinum?

Bud Light Platinum is a premium lager beer. With an alcohol volume of 6 percent and a slightly sweet taste, the beer is geared towards party nights and heavy drinking.

This American-style beer is brewed with a blend of cereal grains and golden malts, along with mild hops. The triple-filtered premium light lager is a domestic beer. It has a slightly sweeter taste than Bud light beers.

The core ingredients used to produce Bud light platinum are;

Bud light platinum is a light beer with a hint of sweetness to taste. With a smooth finish and high alcohol content, Bud Light Platinum offers a crisp, punchy and clean flavour. The crispiness of the beer is felt most when it is stored well and served chilled. This light lager beer leaves a sweet aftertaste.

The Bud Light Platinum ABV is at 6 percent, which is the reason why it tastes stronger and more alcoholic than other light variants in the same line. Overall, the aroma of the beer can be described as a faint pale malt and corn-like smell but it is mostly neutral. 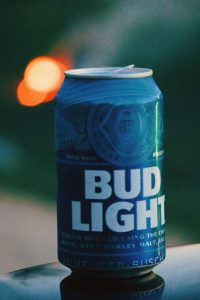 Similarly, Bud Light contains fewer calories and sweetness than Bud Light Platinum. The additional sugar substances or fermented cane sugar used in the brewing of the beverage is what increases the sweetness level in it, making it much sweeter than Bud Light.

In terms of taste, Bud Light has a more typical beer flavour to it when compared to Bud Light Platinum. Here’s an overview of the major differences between the two lager beers;

However, for an average consumer of Bud Light, switching to Bud Light Platinum can feel stronger. Since the company advertises the refreshment drink as an “evening drink”, it is best to conclude that the drink is more suitable for nightclubs and parties to get a little drunk.

Will Bud Light Platinum Get You Drunk?

Yes, Bud Light Platinum will get you drunk. For that, you’ll need three to four bottles of Bud Light Platinum, each bottle serving 6 percent alcohol. A similar beer with less alcohol volume will take you longer to get drunk. You would need around six to seven hours to be sober again, but the time can vary from person to person.

What Does Triple Filtered Beer Mean?

Filtering is the process of getting rid of impurities such as proteins, tannins and yeast from the brewed beer. It is done to prevent off-flavours mixing into beer and spoiling the beverage. The term triple-filtration refers to a more extended process of cleaning and filtering beers during one of the key stages of brewing. In the fermentation stage, once the beer matures, the liquid is filtered to remove the yeast from it.

The beer is then carbonated with COS and finally taken away to be stored and filled. During the triple filtration process, the liquid has to go through several layers of filtrations:

The perks of a filtered beer are that it tastes much cleaner and looks clear in comparison to unfiltered beer. The filtration method also makes the beer much more stable and safe to drink.

Many consumers have varying opinions about the Bud Light Platinum. A portion of beer drinkers who did not prefer sweeter and stronger alternatives returned to drinking Bud Light and other variants. On the other hand, consumers who wanted a better taste and a higher alcohol content for partying hard opted for Bud Light Platinum, mentioning that it was the best of the two beer choices.

Some consumers also expressed their dislike towards the increased price but, for the most part, Bud Light Platinum is not very expensive for an average beer consumer. A few people who tried both the beers, Bud Light and Bud Light Platinum, stated that they could not detect the difference and felt that both drinks were fairly similar.

In terms of alcoholic content, some consumers are against its label of being called a “light” beer. With high calories, more alcoholic content than Bud Light and added sweetness, the beer may taste a bit too strong to be categorized as “light”.

Bud Light Platinum belongs to the same parent company that owns Budweiser, one of the largest selling beers in America. Popularly known as a common refreshment beverage in tailgating, the company takes a step forward with the Bud Light Platinum, marketing the drink for nightclubs and parties.

However, the high-calorie count can be a concern for certain health-conscious consumers. As with many similar beers in the market, Bud Light Platinum aims to appeal to youths and consumers with strong alcoholic preferences.

Our article has tried to cover some of the most essential information and reviews on Bud Light Platinum beer. Here’s a summary of the key ideas on the refreshment beverage;

Despite the mixed reviews, Bud Light Platinum is an overall favourite among legal age drinkers. The high percentage of alcohol, triple-filtration feature and premium taste of the Bud Light Platinum beer is a perfect pick for a memorable evening or to have a good time with friends.

Draft Mag - November 6, 2021 0
Are you looking for a beer similar to Corona or a better alternative? We have tried, tested and found the top 10 best alternatives...