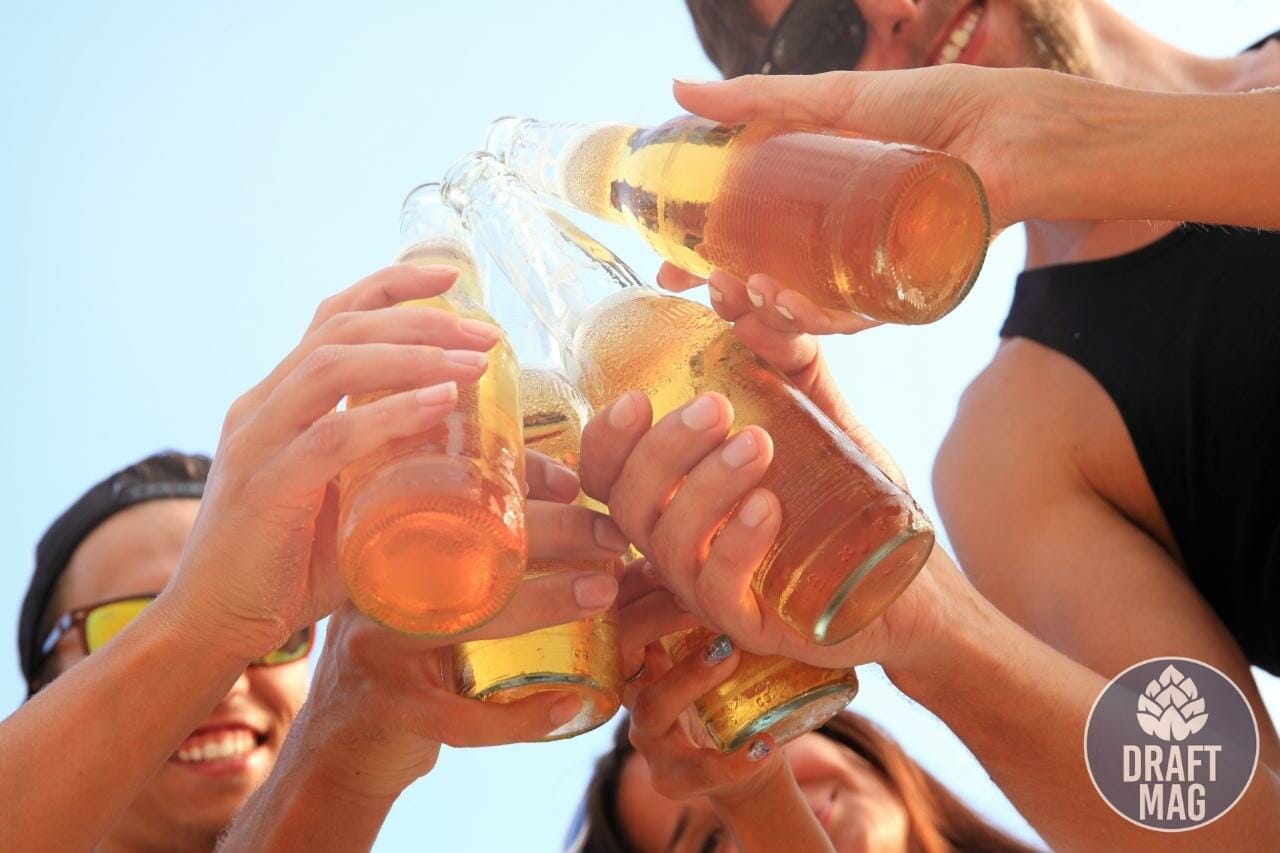 How many beers to get drunk?

This article contains a detailed explanation.

How Many Beers To Get Drunk

While there are several other variables involved, as discussed earlier, here’s how many of some of the most popular beers in the United States you need to get drunk:

– How Many Bud Lights To Get Drunk?

On the other hand, a 160 pounds woman will need to take four 12-ounce bottles in one hour to get drunk. These numbers take into account that such persons make proper lifestyle choices.

– How Many Coors To Get Drunk?

Although Coors has a slightly lower alcohol content of 4.2 percent, it still affects drunkenness the same way as Bud Light. A 190 pounds man will need seven to eight cans (eight ounces) of Coors to get to a BAC of 0.08 percent and above in one hour and about nine bottles in two hours. You would expect to get drunk after about five 12-ounce Coors bottles.

For women, an average of five to six Coors cans or four Coors bottles will give them that expected buzz in one hour.

– How Many Budweisers To Get Drunk?

Budweiser has five percent ABV, and the 12-ounce bottle is the most popular option. It takes an average of four Budweiser bottles in one hour to give a 190-pound man a buzz. On the other hand, a 160-pound woman will need about three Budweisers in one hour to get legally drunk.

– How Many Miller Lites to Get Drunk?

How To Calculate the Number of Beers

The blood alcohol concentration (BAC) calculator provides a relatively straightforward means of calculating how many beers to get drunk. This measure of alcohol concentration helps you determine the average amount of alcohol in your blood. Then you have to correlate the BAC calculator results with the BAC charts to know the average beers to get drunk. 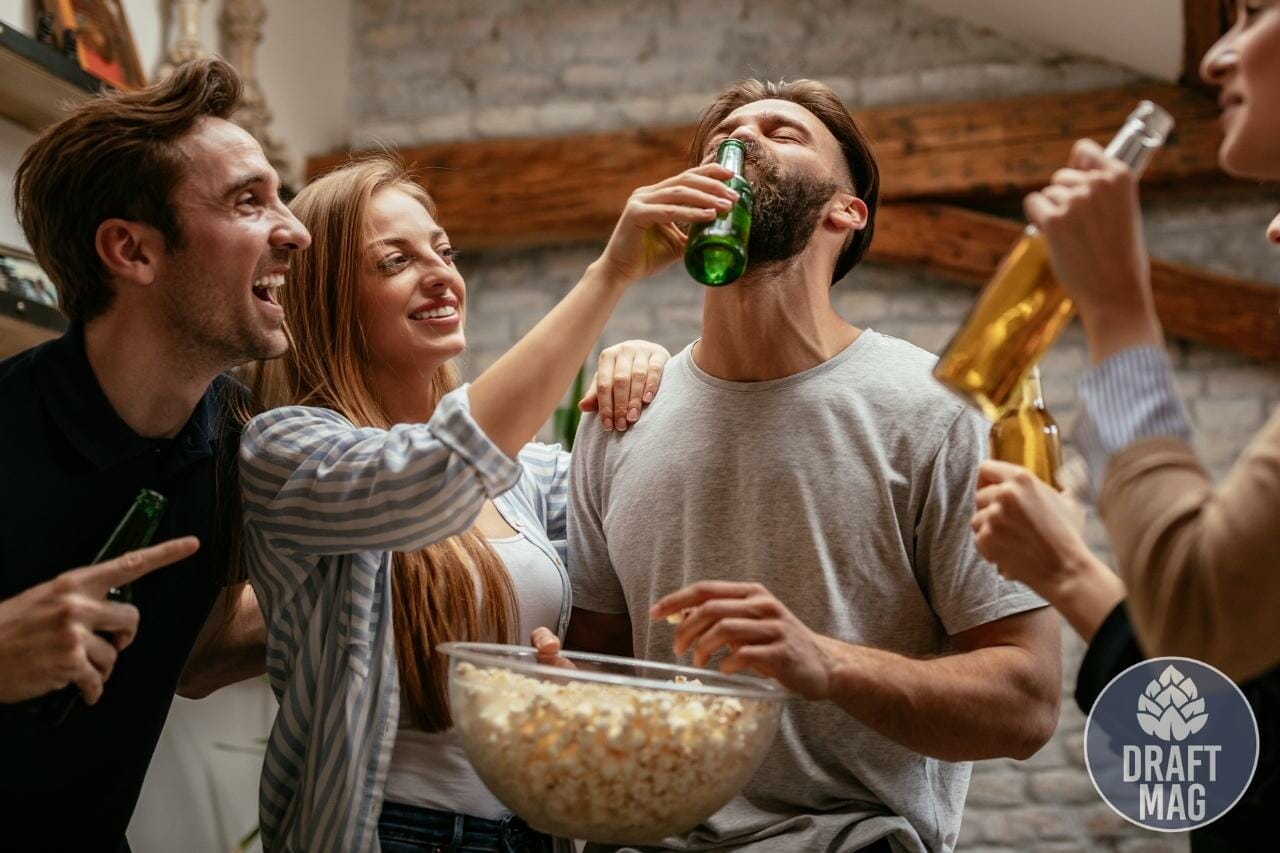 So, as an average man with your blood alcohol level at roughly 0.08 percent, you’ll begin to get drunk after about four to five drinks in most circumstances.

On the other hand, a woman may require three or four beers to become buzzed.

Factors That Determine the Number of Beers To Get Drunk

There are several factors that may affect your level of intoxication. These factors determine how quickly you are likely to get drunk.

The amount of alcohol in your beer influences how many you can drink before being buzzed. Craft beers, on the whole, have higher alcohol contents and tend to have a stronger or faster effect on people than lighter commercial beers. Furthermore, light beers have a lower alcohol content than black ales.

You tend to feel the effects of a higher ABV than with a corresponding lower one. The table below shows the average alcohol content for different beer types.

However, different beer brands also have different ABVs in addition to the recipe, quality, and taste. You won’t react the same way to two dark beers from different brewing companies. The packaging volume of your beer also matters. The bigger the volume, the higher the chances of getting drunk faster.

The higher your weight, the more beer it will take to get you drunk. Lighter people tend to become intoxicated faster, sometimes after only a few drinks. On the other hand, heavier people may not feel any effects with a similar number of beers. However, you must remember the effects of 0.02 percent BAC.

Your height is another factor that can affect the number of beers to get drunk. A taller person would also need more drinks than a shorter person to feel any effects. The reason may be due to the longer circulatory system that delays the build-up of the blood alcohol content. A shorter person will have the same amount of beer distributed faster in their blood.

The effect of age on drunkenness lies in your muscle mass. Your tolerance for alcohol lowers as you get older. Although experienced drinkers can consume more beer than those trying it for the first time, the elderly are more likely to become drunk due to a loss of muscular mass. The lower a person’s muscle mass, the less alcohol-tolerant they are.

Beer tolerance is higher in men than it is in women. It has to do with muscularity and size once again. The more body area covered by alcohol, the more diluted it is and the less it affects the person. More water in the system waters down the effects of the alcohol, as does having a larger body space.

You will feel the effects of beer more quickly if you are drinking it on an empty stomach. While drinking alcohol, eating and drinking water will help slow down the intoxication rate.

Exposure to beers also plays a significant role in determining how many beers it will take to get drunk. People who are experienced in drinking beer tend to withstand more drinks without feeling tipsy as quickly as those who don’t drink beer often.

Other factors that play a role in how fast beers affect you include the following:

While drinking beer can be enjoyable, it is easy to get too carried away. Therefore, it is crucial to take proper steps to stay safe. The following details will help you make better choices when it comes to drinking beer to prevent excessive intake.

– When Does Drinking Become Dangerous?

– Moderate Drinking Recommendations: How to Not Get Drunk Fast

Moderate drinking refers to two drinks daily for men and one daily for women. Following this generally works for most people. The following tips will further help you stay on a good BAC level:

– How Can You Tell When You Are Drunk?

There are several levels of drunkenness with different signs to show that you are drunk.

Some of the signs include the following:

– How Long Does Being Drunk Last?

Being drunk typically takes about six hours before the effects of being drunk wear off. It’s crucial to remember, though, that just because you don’t feel intoxicated doesn’t mean you’re not legally drunk. It is still possible to blow over the legal limit if the cops stop you.

After a night of drinking, many people still encounter DUI issues the following day. You may use the BAC calculator to figure out how long it will take you to become sober.

– How Many Non-Alcoholic Beers Will Get You Drunk?

None, the chances of getting drunk from non-alcoholic beers are very tiny, close to zero. Non-alcoholic beers are becoming more mainstream, with significant improvement in their taste and quality in recent years. Despite being termed “non-alcoholic,” they often have an ABV of 0.05 percent. This little alcohol percentage has to be present to make brewing possible.

That level of alcohol gives no chance of intoxication. Drinking such beers would be just like eating a rum gumdrop Christmas cake. While there is some alcohol present in them, your body can metabolize the alcohol at a faster rate than you are consuming it.

– How Much 3.2 Percent ABV Beers Will Get You Drunk?

It is crucial that you note that this is an average approximation, not a 100 percent correct response for everyone. This also assumes the person is healthy, over the age of 21, has had a good night’s sleep, is not tired, and is otherwise in good health.

– What Does It Mean To Get Drunk With Beer?

Being drunk with beer means your blood alcohol content (BAC) has gone over 0.08 percent. This is the legal definition of drunkenness in the United States. Understanding this is the first step to help you know how many beers it will take to become drunk. Blood alcohol content represents the amount of alcohol present in a person’s blood.

For example, a person with a BAC of 0.10 percent will have 0.10 grams of alcohol present in their blood. When a person begins to reach about 0.08 percent and above, alcohol may start to impair their functioning and motor skills. When a person reaches this stage, they begin to feel tipsy. Their mood goes upbeat, and many people believe they feel no pain.

– What Are the Factors That Contribute To Getting Drunk From One Beer?

Some factors that can buzz you off one beer include the following:

As mentioned earlier, your body weight significantly impacts how quickly you get drunk. Certain genetic factors may also affect your alcohol consumption. The most important ones are your ethnicity and race. The beer you choose will also have an impact since some beers have higher alcohol content than others.

Therefore, it is essential to know the difference between them. 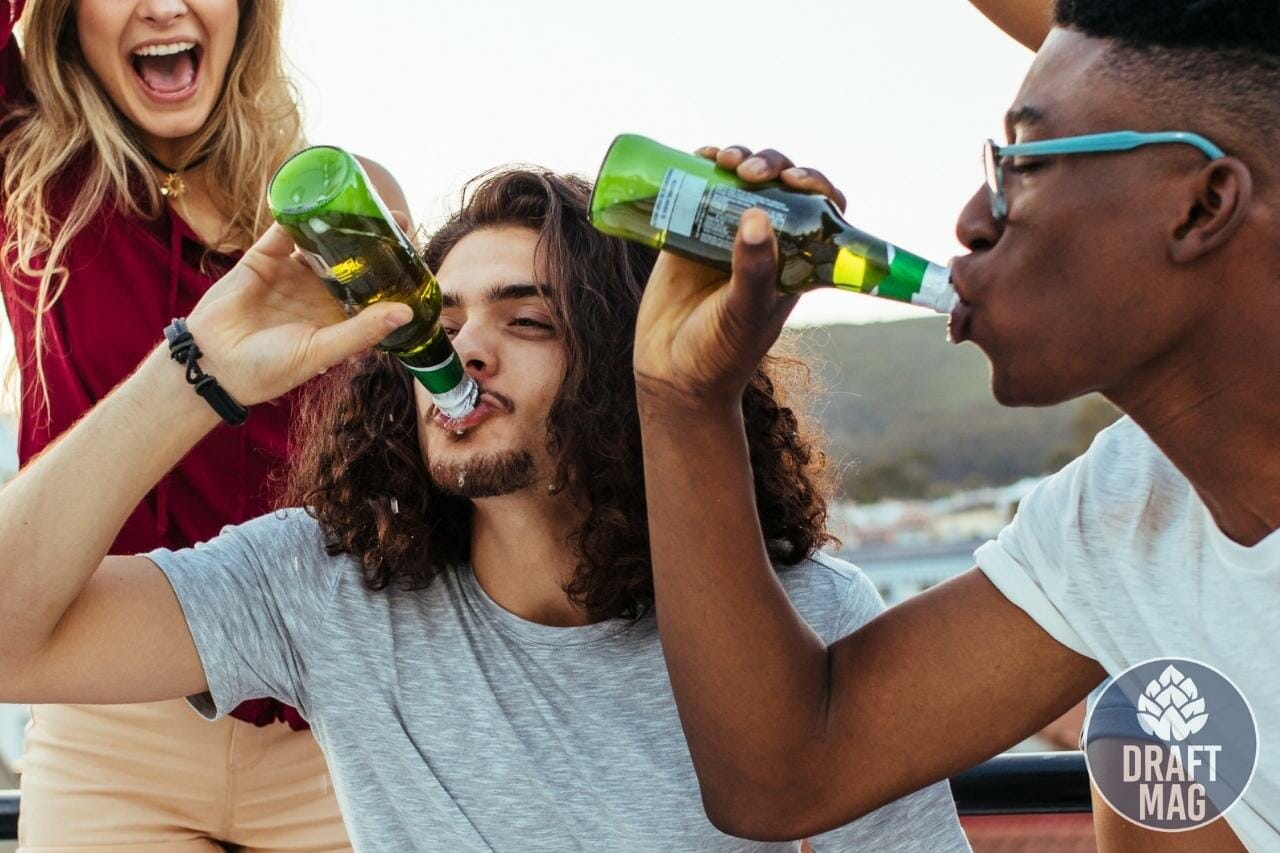 Now, you should have a good idea of the average number of beers it will take to get you drunk. Let’s have a summary of the things you should note:

Kindly remember that what we shared here are approximated values, and many factors affect how fast you feel the effects of alcohol. While enjoying your beer, always remember to drink responsibly.