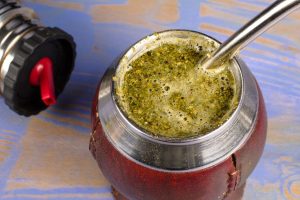 How long does it take to brew beer? As a beer lover, you’ve certainly thought about the home brewing process and everything that it entails at some point.

You will certainly know that, to prepare a tiny batch, you’ll need a brewing kit, which includes the ingredients for brewing beer as well as some patience.

The common notion is that it takes a lot of time to brew beer. This deters individuals from taking up beer brewing in their tight schedule. The fact is that you can set up all you need in a single day, and the mixture will take care of the rest.

This article will review the beer brewing process and see how long each process takes. Next, we’ll dive into a few quick beer brewing techniques.

Brewing is the process of making beer or any other alcoholic beverage. It’s a large-scale industry in the 21st century. The method entails soaking barley (a source of starch) in water and then allowing the combination to ferment.

Brewers add yeast to the solution to speed up the fermentation process and convert sugar to alcohol. In specific circumstances, brewers also employ millet and sorghum as starch sources. Most homebrewers allow their beer to age and attain its full flavor potential. Remember that yeast takes time to convert all sugars to alcohol, so don’t expect to finish the work right away.

A brewer controls the entire process to get the desired outcomes at the end of the beer brewing process. The goal of the brewing process is to transform grain starches into sugar, separate the sugar from water and then ferment the sugar with yeast to make an alcoholic, softly carbonated beverage.

Nowadays, brewers prefer stainless steel equipment and computer-controlled automated processes in modern breweries. You can find beer packaged in metal casks, glass bottles, aluminum cans and plastic containers. Beers are currently exported all over the world, and the production requires a license in other nations.

How Long to Brew Beer? 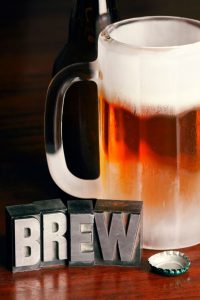 If you’re making your first batch of beer, head out and purchase a beer kit. A kit generally has a set of recommendations to help you estimate how long it will take to complete the brewing, fermentation and maturation processes.

The beer brewing timeline can be as little as three hours of active time — assuming you know what you’re doing and have a well-oiled process in place, along with all necessary beer brewing equipment.

If you have a wort chiller, you may easily shave five or more hours off the process by cooling the wort to the proper temperature before pitching the yeast. If you don’t have all the necessary equipment, the beer brewing process might take eight to 10 hours on brew day. After you’ve completed brewing, you’ll need to factor in the time it’ll take to clean all of the equipment, which may easily be an hour or so.

Lastly, once the beer has fermented, you’ll need another hour to keg it. Here’s a quick rundown of steps to brewing beer with an estimation of the time each phase will take:

Properly clean and disinfect all your equipment. There are no shortcuts to be taken at this stage. Ensure a thorough cleaning and sanitize everything that will come in contact with the beer at any stage of the beer brewing process.

Use an unscented mild detergent before sterilizing the equipment with a sanitary solution.

For an experienced brewer, the cleaning and sanitation operations take around one hour. However, a beginner will require twice as long. Additional equipment, such as a wort chiller and a refractometer, should also be disinfected.

Depending on the recipe and equipment you have, brewing a beer might take several hours. Pre-made wort, for example, is included in extract kits, which you combine with water in the fermentation vessel before adding the yeast. These kits streamline the brew day and cut the time down to roughly half an hour. 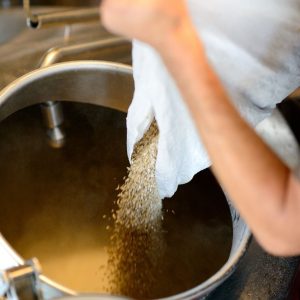 The “all-grain brewing” refers to extracting sugar from malted barley by soaking it in hot water. Warm the water first before wetting the grain, which will take around 40 minutes. You have to wait for 45 minutes after putting the malt in the water for the grains to release their enzymes. After that, you may start boiling them.

Once the grains separate from the sugary liquid, you will obtain wort. Next, you need to add the hops and leave them for boiling. Various recipes call for different pre-boiling and heating periods.

For the light and low gravity beers, this phase takes around an hour. If you want to produce Pilsner, you’ll need to add 30 minutes to the boiling time.

Once you’re done boiling, remember to cool the wort as quickly as possible to avoid infection. You’ll need around 25 to 30 minutes to chill the brew if you have a wort cooler. If not, this procedure will take several hours to complete.

Some homebrewers pour the wort into a bathtub filled with cold water and periodically add ice to it. However, we’d advise you to refrain from this method as it is a waste of your valuable time.

“Pitching” is the term used in the brewing industry to describe the process of introducing yeast. You need to ensure the readiness of your yeast before you commence brewing, so it’s critical to think about yeast health before you start.

Leave the yeast at room temperature for three hours to ensure its readiness. Doing so will help in better fermentation and, thus, result in more satisfying beer. It will take around half an hour to aerate the wort, pour it from one container to the next, and add yeast.

The fermentation process will then commence, and the beer fermentation time will depend on the temperature and yeast strain used.

Fermentation is an important step in the whole beer-making process — this is where the magic happens. Move the wort to the fermentation vessel once it has cooled to the proper temperature, usually between 65 and 71 F (18 and 22 C).

After adding yeast, the initial phase of fermentation begins, lasting for around three to 15 hours. Yeast thrives and multiplies as wort rapidly absorbs oxygen.

The goal of primary fermentation is for the yeast to convert carbohydrates into alcohol and CO2. Unwanted particles will drop to the bottom of the tank, separating them from the beer.

Even after the primary phase, there will remain few fermentable and lively yeast cells. Transferring your beer to another fermenter and letting it condition will enable the active yeast to change the complex sugars, enhancing your beer by heightening transparency, mellowing out the quality profile, minimizing the risk of infection as well as the off-tasting flavorings.

The secondary fermentation phase will take at least one week to finish, although you may extend it if necessary. The conditioning fermentation phase for some beer kinds can be as long as two months. Hydrogen sulfide gas leaves the fermenter, and this is when yeast growth will stall and flocculate.

Brewers decrease the temperature to 35 to 40 F (1.7 to 4.5 C) at this point. Although the process at this stage is nearly complete, some homebrewers like to add more hops at the end.

The yeast growth slows down once the exponential phase has ended. The specific gravity decreases more slowly at this point, the krausen layer on top of the wort thins down, and the rare bubble appears in the airlock. At this point, the airlock may completely stop bubbling.

This phase usually lasts three to 10 days, during which you should take gravity measurements to determine whether fermentation is complete after the airlock stops bubbling.

Lastly, the beer must be bottled or kegged. Many homebrewers choose to bottle since it is a cost-effective solution. Remember that the carbonation process might take anywhere from four to six weeks.

Splashing during the bottling process should be avoided as much as possible, as this can introduce oxygen into the beer, making it taste like wet cardboard. If you’re going to fill bottles, make sure the wort has some priming sugar in it.

There’s no need to add more sugar because the keg takes care of the carbonation. Keep beer in a cool, dark area until you’re ready to drink it.

Making quick brews has its share of problems, but the three ideas below can help you create a quality beer in a short amount of time:

Every yeast strain has a preferred temperature range for brewing the best beer.

Ferment at the middle to upper range of your yeast’s temperature for a rapid turnaround brew, while cooler temperatures cause fermentation to occur more slowly.

Fermenting ale at a greater temperature than suggested speeds up the fermentation process.

Skip the steeping and boil the grain for an hour with a wort chiller to make beer quickly. When the liquid is ready, add the yeast, clean up, and wait for the fermentation to begin. The entire procedure will take less than 3 hours if done correctly.

While high beers can ripen in a matter of days, high gravity beers require longer to reach their full potential. The lower the gravity, the more likely you are to produce a good brew in a short period.

While the beer-making procedure isn’t very long or tedious, there are specific processes you must follow. Plus, you need to be fully present and alert for at least five hours. 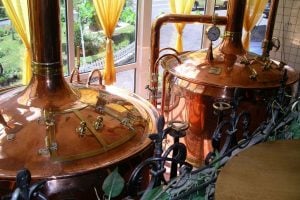 Since beer brewing can easily take a whole day, many people refer to it as “brew day”. Remember that fermentation might take anywhere from a few weeks to over a year to complete.

But, in the end, homebrewing is a pastime, and people like it for reasons other than just the ultimate product. It’s the satisfaction of creating something from scratch and following a method that might include craft and creativity. So, follow the above home brewing methods and give yourself the thrill you deserve!

How To Make Birch Beer: The Complete Guide for Homebrewers