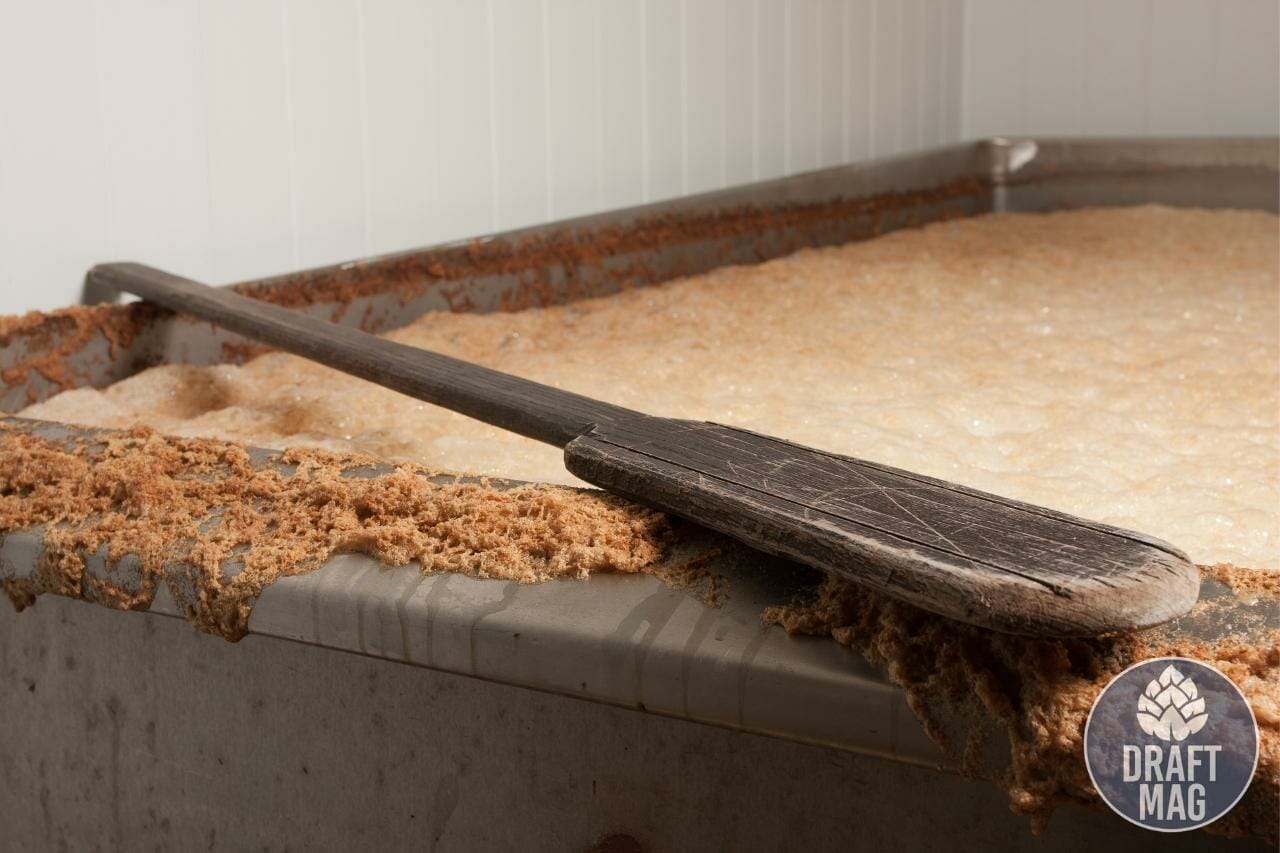 Stuck fermentation occurs when the yeast fails to reach the targeted gravity — the yeast cells become dormant before fermentation and cannot complete the conversion of sugar to alcohol.

To restart stuck fermentation, you can either adjust the temperature, rouse the yeast or pitch more yeast.

Nevertheless, it goes beyond just cranking up the thermostat. In this article, we’ll discuss all you need to know about stuck fermentation, how to prevent it and how to fix it.

Remember to constantly check your fermentation because adjusting the temperature isn’t enough. You have to ensure that the yeast is fermenting at a constant temperature.

Avoid placing your fermenting bow in an area where the temperature can quickly change. Remember that sudden temperature changes affect fermentation. Also, when the storage area is too cool or too warm, it can destroy yeast cells and cause your brew to have off-flavors.

Rousing is a delicate process that gets your yeast to start fermenting again. What you have to do is to use a sanitized spoon to stir the brew gently.

In doing this, it is important that you are careful. Swirling too much or vigorously can introduce oxygen into your brew leading to off-flavors. Even though, slightly aerating by rousing can kick-start dormant yeast to continue fermenting. Rousing the yeast also helps to break clumps that have formed from flocculation.

Sometimes all you need to restart your stuck fermentation is to pitch more yeast. Underpitching is one of the common causes of stalled fermentation.

You need to add fresh yeast to revive dormant yeast cells. However, adding more yeast might not be enough sometimes to restart the fermentation. You’ll have to make a yeast starter if this happens.

To create your yeast starter, here are steps to follow:

– Use a Yeast Energizer

If a yeast starter doesn’t restart your stuck fermentation, you can use a yeast energizer. These usually contain valuable nutrients needed to activate your yeast.

If you’re aiming for a beer without a burning sensation when drinking, you can use a yeast nutrient for your fermentation. It reduces the production of fusel alcohol that causes the burning sensation in some beers.

There are instances where trying out all the above methods to restart the fermentation may not work. If that happens, you’ll have to throw the brew away. Often, this can be because the yeast has either gone bad or expired.

You have to start the fermenting process all over with a fresh brew. Although, before brewing a second time, you have to be sure the yeast strain you’re using is very healthy or hasn’t expired.

When purchasing a store-bought juice or a preservative, make sure it doesn’t contain sorbates. If it does, don’t purchase it as sorbates do not ferment.

If either preservatives or juice includes sulfites, cover it with a light towel or sheet overnight to let it breathe. Sulfites will evaporate as a result. After that, add yeast nutrients, pitch new yeast, stir slightly and try again to ferment. 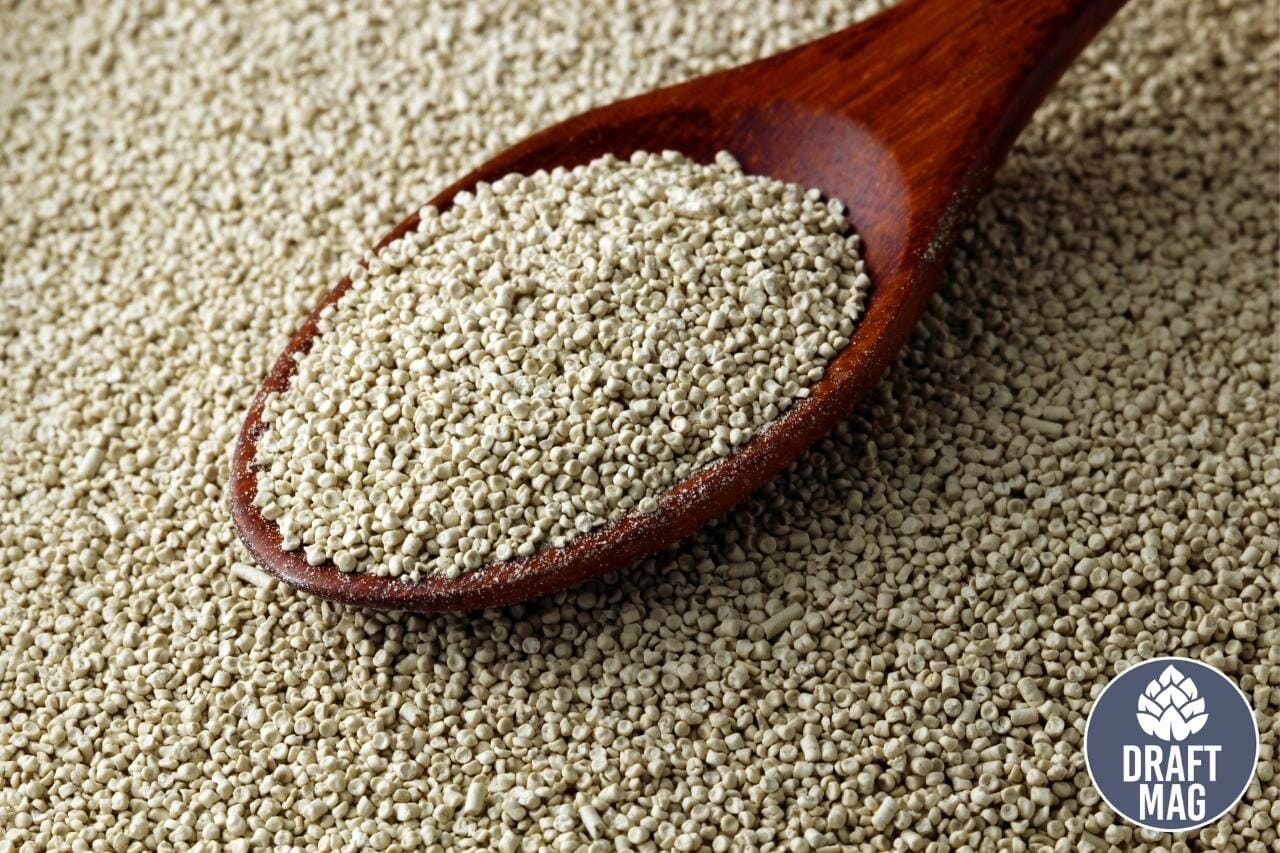 There are a lot of reasons for stalled fermentation. One of the most common causes is unhealthy yeast. Instead of converting sugar to alcohol, your yeast stops working because there are no cells or nutrients to help metabolize the fermenting process.

Some other factors that can trigger a stopped fermentation are:

The quality of the yeast has a considerable impact on the entire fermenting process. It would be best to use fresh yeast when brewing because unhealthy yeast cannot ferment your beer.

If you’ve had a pack of yeast sitting for a while, it’s advisable to check the expiration date before using it or add a starter. Otherwise, it might lead to your beer not fermenting.

Flocculation is the tendency of yeast cells to clump together and form a mass. When healthy and pitched in sufficient proportions, specific yeasts flocculate so quickly that fermentation takes long to start or ceases altogether.

Usually, it settles at the bottom of the brew, other times, it rises to the surface. It’s a complicated occurrence in brewer’s yeast near the end of the fermentation process and is caused by diverse conditions.

Fermentation involves a lot of care since yeast is somewhat volatile. Having this in mind, fermentation works a lot with the given temperature.

You can almost always obtain the exact temperature for your strain from your vendor or manufacturer, but generally, ale yeasts perform best in wort temperatures between 68 – 70 F (20 – 21 C). In contrast, most lager beer yeasts prefer between 45 – 55 F (7.2 – 12 C). Also, a sudden fluctuation in the temperature can stop or stall the fermentation.

– Lack of Oxygen in the Wort

Another cause of stuck fermentation is insufficient oxygen in your wort. Oxygen is essential for the yeast cells to be active. Having inadequate oxygen supply, results in a higher gravity than the target gravity and does not ferment your beer.

While using pure water for your yeast may make sense, one of the brewing rules is never to use distilled water. Distilling strips the water of all nutrients and oxygen, leading to your homebrew not fermenting. It is crucial to note that your yeast needs oxygen to be activated, and using distilled water can easily ruins the fermentation process.

An unsecured lid is another possible reason why your beer stopped fermenting. It allows carbon dioxide to escape from the fermenting container.

When carbon dioxide escapes, it cancels the metabolic activities of the yeast cells. Carbon dioxide is essential in brewing like oxygen because it is responsible for the bubbles forming the foam and keeping the beer at a consistent temperature.

Most store-bought juice used for fermentation contains preservatives. Other times, preservatives are added while brewing to increase its life span. These additives often contain sorbates or sulfites. These sorbate and sulfites extend the shelf life but minimize bacterial spoilage, and aid in eliminating unwanted odors, flavors, or colors created during the fermentation process, do not allow fermentation to take place.

Sometimes, none of the above causes stalled fermentation. Instead, the brew might have completed the fermentation process. There are instances where the fermentation can be achieved overnight or in two days. Before concluding if fermentation has been stalled, always check with a hydrometer.

Preventing a Stuck Fermentation From Occurring

To prevent your brew fermentation from stalling or stopping altogether, here are some things you can do:

Is It Okay To Consume Beer That Isn’t Fully Fermented

So far, it’s pretty safe to consume beer that hasn’t been fully fermented. Many brewers taste their beer at every point of the brewing process to check the fermentation progress.

If you’re satisfied with the taste of the brew, even though it hasn’t fully fermented to the target gravity, you can go ahead to consume it. In spite of the fact that there’s no clear-cut answer as to whether this harms the body.

Sometimes, bottling the stalled fermentation brew for an extended period can transform the brew’s taste into something a bit consumable. However, such a brew can’t be regarded as beer because fermentation is critical in the beer brewing process.

Having in mind that, fermentation plays an essential role in the alcohol concentration and flavor of the beer. If the beer isn’t fully fermented, you’ll be drinking a bland-tasting and generally unpleasant flat brew.

Every brewer is concerned with brewing an enjoyable beer. It wouldn’t be wise to drink a beer that isn’t fully fermented. Instead, try restarting the stalled fermentation to revive the fermentation process. It may be tasking and frustrating to carry out the restarting process, but it’s worth the stress if it guarantees you were brewing a great-tasting beer that you’d enjoy. 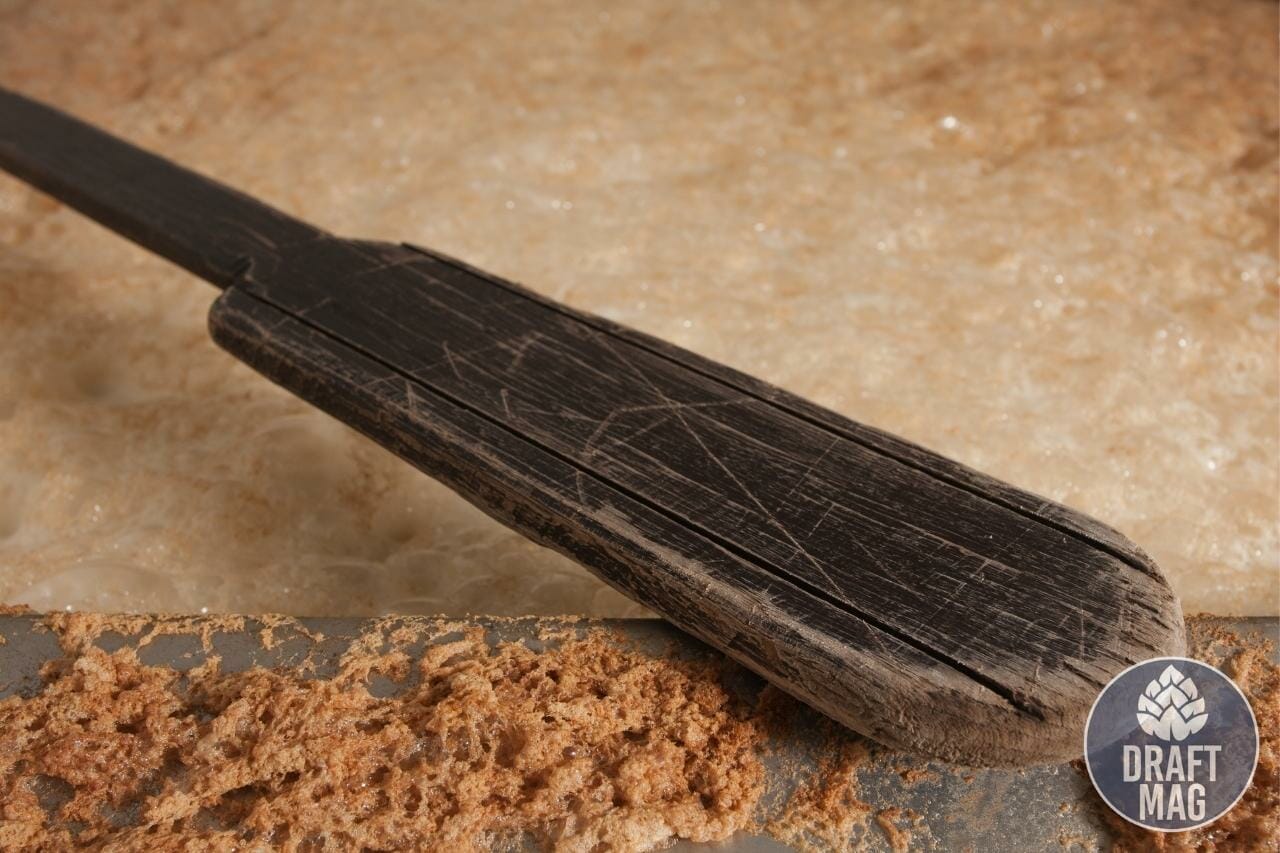 You don’t have to throw your brew down the sink simply because it has stopped fermenting. You can restart the stalled fermentation.

Here is a summary of the points discussed in this article:

If you encounter a stuck fermentation while brewing, it shouldn’t deter you from creating an enjoyable beer. All you have to do is restart the stuck fermentation just as we have discussed, and you’re good to go with a glass of beer in hand.