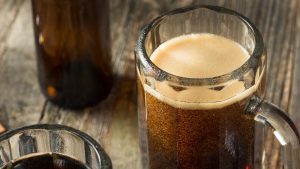 Anyone can make birch beer at home and enjoy the minty, crisp and wintergreen beverage without leaving the house. Commercial birch beer is a popular drink, but it even gets better when you can replicate it in your home. Making birch beer is pretty straightforward and you can easily find the ingredients needed to make the perfect batch.

In this guide, we would explore two ways of making birch beer and other helpful information.

How To Make Birch Beer

There are two main ways you can make birch beer depending on the ingredients that you have access to. You can use ready-made birch bark oil or dried birch bark, but this is for the modern, DIY method.

But, if you have birch trees around you, you can go for the traditional method. After reading the recipes, you can decide which works for you.

The first recipe we would start with is the DIY method. You can simply purchase ready-made birch bark oil from stores around you or online, or get dried birch bark to make the beer. Asides this, you would also need sugar, dry yeast or ale yeast if you want alcoholic content, and water.

The first thing to do is create the base for your birch beer, which is the sap. You would later ferment and carbonate the sap in the next steps.

How you prepare the base depends on if you purchased birch oil or the dried bark. For the dried bark, which is sold in flakes, pieces or powder form, you should boil water and add when the water is hot. Then, let it boil until the water looks wintergreen. Once it’s ready, leave it to cool before going to the next steps.

If you got the birch oil instead, simply pour a few drops into a bowl of water until it looks wintergreen. 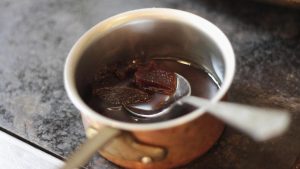 Once the water base is ready, you can make the sweetened syrup for your beer. You can use different kinds of sugars for this, whether brown or white, or molasses. If you want your beer to have more color and depth, then you can use molasses and brown sugar instead.

Just like making standard syrup, start by mixing the sugar with the water base in a pan, and boil it until it dissolves. It is during this step that you can add other additives and flavors, like crushed vanilla beans, lemon zest or grated ginger.

Once you’re sure that the flavors have been fully extracted while boiling and without letting the water in the pan evaporate, you can remove it from the stove. Strain the water out and let it cool.

The next step is to carbonate your syrup, which is what creates the refreshing and crispy taste that birch beer usually has, similar to that of soda. You can either carbonate the syrup using the dry yeast or ale yeast, or by adding carbonated water.

If you want to use yeast for an alcoholic birch beverage, the measurement is one-eighth teaspoon per gallon of beer syrup. Leave it for about thirty minutes to ferment the beer. With this method, you can expect the birch beer alcohol content to be between two and three percent.

But if you’re not planning on any alcohol, you can use carbonated water for this step. Simply pour the carbonated water into the beer syrup after it has cooled down. Keep in mind that this can make your beer watery, so use less water with the sap and syrup.

With your sap and carbonated syrup, your birch beer is ready and you can start enjoying the drink.

If you carbonate your beer with carbonated water, you can drink it immediately after letting it cool in the fridge for a few minutes.

On the other hand, if yeast was used, you’ll have to wait for about 36 hours before you drink it. Keep the birch beer in little bottles and close them tightly. It’s advisable to store it in a cool and dark place. After these 36 hours, open one of the bottles to check if it’s properly carbonated. If not, you can leave it for up to 24 hours again.

When the birch beer is ready, keep it in the fridge for two days before drinking it. If you ferment your beer with yeast, it’s advisable to consume it within one month.

When looking at the traditional birch beer recipe, this refers to the old way of making this beer from the early days. They tapped sap from the birch tree and used honey to sweeten it for the base.

If you want to stick to the old traditions of birch beer, you can use this recipe. Keep in mind that tapping birch sap isn’t possible for everyone, so you can purchase this instead. You can also use birch twigs to make the beer if you have these trees around you.

To make birch beer the traditional way, you would need birch saplings, carbonated water, sweeteners like honey, sugar or molasses, and water.

Here are the steps involved:

The first step is to get the birch saplings, which are new growth birch twigs on the trees. You should remove the leaves from each twig and cut it up to different pieces, each one as big as one inch.

Next, you extract the sap from the twigs. Take the saplings and put them in a large stainless steel pot. Then pour water in it until the twigs are completely covered, and start boiling it. After a short while, turn it off and leave it overnight to cool. During this time, the sap flavor would be extracted into the water.

Do the same the next day until you have about a liter of water left. Be careful not to let all the water evaporate.

Now, you need to make the syrup for your beer base. Strain the remaining water after extracting the sap while ensuring that none of the saplings get past. Then, pour this into a large saucepan, and add the sweetener of your choice. If you want to stick to traditions, honey would be a good choice. But, molasses give your beer a deep, dark color with caramel flavor.

Let it simmer until the sugar has dissolved, and let it cool.

Now, you need to turn your birch syrup into beer. In this case, you would use carbonated water to carbonate it, although this means that you’re getting a non-alcoholic flavor. This water is called seltzer, and would make your beer similar to the commercially-made ones.

The syrup and beer should be put together at a one to one ratio. You can pour them both in a bottle, shake and pour it in your beer glass with some ice to drink. You can also store it for a short time, although it does not have a long shelf life.

Birch beer is an uncommon but delicious type of beer made from birch trees. The beer originates from the northeastern parts of the United States, but today, it’s commonly found in Canada and Pennsylvania. While this beer can’t be found in every store selling alcoholic drinks, you can save yourself the trouble by making your own.

Birch beer is more of a carbonated than alcoholic drink, made with the essential oil and sap from the Black Birch Tree. In some cases, it is called a soda. It is often mixed up with sarsaparilla and root beer, but they are different beverages.

The beer dates back to the 1600s, when the earliest recipe was used. In that time, people fermented the sap of the birch tree, using it as the base for beer.

While this is a non alcoholic drink despite the name, you can make alcoholic birch beer with ale yeast. This would be used to ferment the sugars in the liquid to alcohol and carbon dioxide, making it a crispy alcoholic drink. It all depends on whether you want alcohol or not.

Keep in mind that there are three types of birch beer, all originating from the same tree. Birch beer can be brown when it is made with no additions, white when it features a wintergreen flavor and creamy red when you add vanilla beans. But in this guide, we would focus on the normal type of birch beer.

How Does Birch Beer Taste?

As long as you do it right with the best birch beer ingredients, it would taste just like or similar to those you can buy off a shelf. The main flavor of this beer type is the wintergreen, teaberry herbiness and minty taste, which you would notice first.

You can expect sweet and earthy hints, with a lot of creaminess. It is known to be tastier than root beer, with a refreshing and light feeling on your tongue. If you add any additives like nutmeg, cloves, cinnamon or vanilla, the color and taste of your beer can change. You can make it spicy or sweet.

The main ingredient of birch beer is the sap, and aside from the crisp and minty deliciousness you enjoy, there are also other health benefits to look out for.

For one, birch beer is known for having hydrating properties, so if you’re looking for good beer to quench your thirst, then your homemade birch beer is a perfect fit. It is also noted for being diuretic, which means it can detoxify and cleanse your body while you drink.

Keep in mind that there is no conclusive scientific evidence to prove that birch beer would heal or prevent any ailments, even if there is potential for its nutritional benefits.

– Reducing Bloating and Helping With Digestion

Birch beer is known for reducing bloating, helping with digestion, aiding weight loss and making your immune system stronger. It would also maintain your oral, liver, kidney, and heart health. It also helps with wound healing, joint pain, and gout.

Studies have shown that birch beer also has antibacterial and anti-inflammatory properties too. It contains different antioxidants and minerals that benefit your health. While it isn’t medicine for all your ailments, it is generally safe to drink. Just make sure you’re purchasing the right ingredients for your beer.

Conclusion: Anyone Can Make Birch Beer 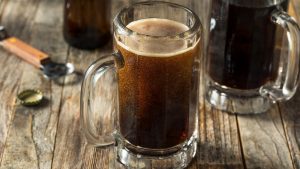 With this guide and all the needed ingredients, anyone can make a delicious batch of birch beer, whether with the traditional or modern method.

Whether you’re making it for yourself alone or a fun gathering with friends and family, birch beer is a good choice for all settings.