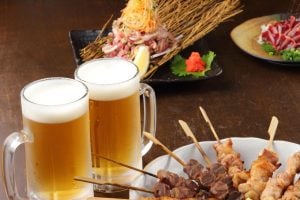 Kirin Ichiban vs Sapporo: Looking to have a divine taste of the best Japanese beers? Here, we bring you a comparison of two of the absolute favorites of expert brewers. Beer remains the most popular alcoholic beverage in Japan.

With several options to choose from, we focused on two of the great-tasting options. Each of these beers has its special characteristics and unique taste. Read on as we pass their secrets on to you.

Sapporo and Kirin Ichiban are among the oldest Japanese beer brands. These international pale lager beers are brewed year-round, ensuring that there’s always some for their fans. Let’s briefly look at an overview of these savory beers.

Sapporo beer is the oldest beer brand in Japan, with its first brewing dating back to 1876. This beer comes in different variants, and the most common ones include:

We will focus on the Premium variant in this comparison.

Many Sapporo lovers enjoy drinking chilled beer to enhance their food’s taste. It is hard to go wrong with the refreshing taste of this beer, thanks to its malted barley, water, hops and yeast make-up. It has a reasonable content of vitamin A and protein, making it better than regular alcoholic drinks. 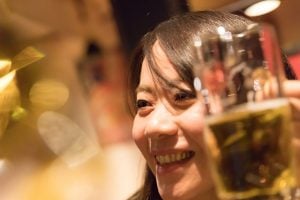 The Kirin Brewery developed the renowned Kirin Ichiban beer. This Japanese brewer has a history of over 100 years, making it one of the oldest brands in Japan. With 100 percent malt, water and hops, this premium quality beer exudes a rich and authentic taste.

Kirin Brewery uses the “First Press” brewing process to get the purest and clearest strain of malt. This results in an incredibly crisp taste. The fantastic part? You will only feel a modestly bitter aftertaste. It comes with a 5 percent alcohol content by volume. Many Japanese chefs will tell you there is no better alcoholic beverage to accompany the lovely Japanese cuisine.

Kirin Ichiban vs Sapporo Tasting Notes: How Do These Beers Taste?

With all that said, how does Kirin Ichiban taste? Kirin Ichiban has a dry, medium-light crisp, and modestly bitter flavor. This flavor accompanies an incredibly soft texture and moderate carbonation, restraining the aromatic intensity of this beer.

It balances a honeyed and lightly toasted malt with floral hop notes. You can even describe it with respect to fresh hay and bubblegum. A perfect mix of copper color and the pale lager style gives an overall tasting note that includes fresh flowers as well as toasted hops.

On the other hand, the Sapporo taste is very soft, light, and dry – although not quite as dry as Kirin Ichiban. Its bitterness level is modest, and it has a high carbonation rate. Thus, you can be sure it will provide a smooth drinking experience. It also has a subtle aromatic intensity with floral, grainy and citrusy tasting notes.

Sapporo vs Kirin Ichiban Storage: What Are the Proper Storage Conditions?

All beers should be stored cold — these popular beers in Japan are no exception. Generally, beers come with shorter shelf lives. Therefore, it is essential to keep them cold to prolong their freshness. In fact, cold beers can sometimes decline quicker than expected. So, it is always best to go for the fresher batch.

A batch of Kirin Ichiban is usually near its end after a year. However, Sapporo would often last some months longer before spoiling.

One other important beer storage factor that you must keep in mind is light. There’s every possibility of skunky aromas developing when beer is exposed to direct light. While kegs and cans are safe, glass bottles may not be as effective.

Luckily, both Sapporo and Kirin Ichiban come in special glass bottles. They both use premium brown glass, offering the highest level of protection from light.

While gluten offers no nutritional benefits, it can be disadvantageous in some cases. It may cause serious adverse effects in gluten-sensitive people. For example, people with celiac disease have their immune system triggered through gluten consumption. Thus, it would be safe for such people and others that are gluten-intolerant not to drink this beer.

Kirin Ichiban vs Sapporo: Which Beer Has The Highest Alcohol Content?

There isn’t much difference in Kirin Ichiban and Sapporo alcohol content. Based on average analysis per 12oz serving, Sapporo beer alcohol percent is 4.9 percent alcohol by volume. On the other hand, Kirin Ichiban beer has a 5 percent alcohol content by volume. Therefore, these popular Japanese beers give you a good mix of strong and enjoyable feel.

Enjoying beers tends to feel like a straightforward experience. Just open up the chilled bottle, and off you go. However, it is much more than that. Serving Kirin Ichiban and Sapporo beers cold in a glass cup will give you a premium level of enjoyment. Ice-cold temperatures often make them cleaner and feather-light.

But suppose you want to feel a bit more of the flavors and aromas in the beers instead. Then, you will need a temperature that is a little warmer to obtain this result. How do you achieve that? Quickly pour the fridge-temperature beer into a glass at room temperature. The results will amaze you.

The famous sake bomb is another option for Sapporo and Kirin beers. Younger drinkers tend to enjoy the outcome of dropping hot sake into a cup of cold beer. However, we would advise that you use a strong sake glass in this case.

Both Kirin Ichiban and Sapporo beers are ubiquitous offerings in Japanese bars and restaurants across the United States. This indicates that they are excellent options with a wide range of Japanese delicacies.

Kirin Ichiban is an established savory, medium-light, and refreshing beer. Thus, it seamlessly goes along with full-flavored cuts of different types of fish. These include pickled mackerel, black cod, salmon, Spanish mackerel, and yellowfin tuna.

Tempura is another fantastic food pairing with Kirin Ichiban. You can also try it with other fried Japanese dishes, including tonkatsu, takoyaki, and chicken karaage. That’s not all: Kirin Ichiban also goes well with non-Japanese foods like mild and tangy cheeses, fish tacos, scallops, and chicken salad.

While Sapporo may not be as universal as Kirin, it is a refreshing option for fish meals. It scrubs away the intense, oily fish flavors, making them more palatable. Its savory and soft nature will also not interfere with sushi or Sashimi. You can also try this Japanese beer with ramen, katsu, and tempura.

Where Can You Find Sapporo and Kirin Ichiban Beers? 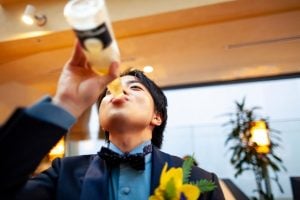 These popular Japanese beers are widely available across retail shops and groceries in the United States. Since Asian markets always carry several mainstream Japanese beers, you will find them in most Japanese restaurants and izakayas.

Kirin Ichiban is more commonly available in bottles and less common on-tap. However, you should never pass the opportunity to enjoy the on-tap experience whenever possible. It is an optimal way of enjoying this beer.

Both of these beers are also available at several online retail shops. So, shop for them online and enjoy them in the comfort of your home. Since they are popular beers in Japan, it is certainly easier to find them in their native land.

As such, you can look out for Kirin Ichiban variants like Grand Kirin IPA, Kirin Lager, and Kirin Green Label. You will also find the popular Sapporo Premium, Sapporo Chocolate beer, Sapporo Light beer, and Sapporo Reserve beer.

What Beers are Similar to Kirin Ichiban and Sapporo?

Both Sapporo and Kirin Ichiban come in the famous international pale lager style. Therefore, you’d expect to find many other beers within their class. These beers are obviously rivals of each other. However, Kirin Ichiban is more complex and has more body than its other Japanese counterpart.

Yebisu is a classic beer brand that offers an excellent alternative to Kirin Ichiban. The downside is that this Japanese beer is not available in U.S. markets. Asahi Super Dry is another beer that competes with Sapporo and Kirin. However, Kirin has the edge over it, as Asahi is more like Sapporo with a slightly drier flavor.

If you’re familiar with mainstream Japanese beers, then you’ll know about Onion Draft. It has a very similar taste to Sapporo. However, it is more complex and expensive. Other similar craft Japanese beers include Echigo Koshihikari, Hitachino Nest Lager and Baeren Classic. Each of these beers would, however, be harder to find and pricier.

There are beer brands outside Japan that have similar products to Sapporo and Kirin Ichiban. Heineken and Carlsberg are good alternatives to Kirin. On the other hand, you can substitute Sapporo with Amstel Light, Miller Lite, Singha and Stella Artois.

If you’ve followed until now, then you must have gained lots of knowledge on these popular Japanese beers. We covered a lot of ground comparing Kirin Ichiban vs Sapporo beers. Let’s sum it up to ensure that you make informed decisions when shopping for your next Japanese beer:

With Japanese beers gaining increasing popularity, it is crucial to have good information about what to expect. Now that you know more about Kirin Ichiban and Sapporo beers, it’s time to go out there and satisfy your buds!