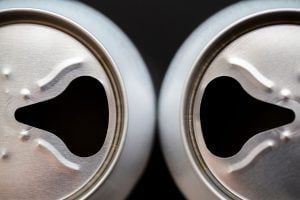 Keystone vs Coors: rumors have spread far and wide about the origins of Keystone beer. Among these, the most popular one is that Keystone Beer is just a rejected product of Coors Light, or what you can find at the bottom of the barrel. Others, instead, believe it is the by-product of yeast reusing.

Looking at its appearance, some think that Keystone is just a Coors with dented cans that was then rebranded. If you’re among those who are very interested to know the truth about Keystone Beer, you’ve come to the right place. This article should help shed light on this topic.

Keystone Light, also called Keystone, was introduced by its owner, MillerCoors, in 1989. It was popularized throughout the 1990s as the beer that wouldn’t give you a “bitter beer face.” Those who lived during those years may also remember it as “bottled beer taste in a can.”

Times are changing, though. Now, people prefer bitter beer, and they want to drink it in the most accessible way: through cans. Because of this, more than three decades later, Keystone Light remains the go-to beer, especially in fishing trips and in dorm-room parties. This Keystone beer review is complete with everything you need to know about these two amazing beers, so that you can finally understand the difference.

If you are a beer enthusiast, the chances are that you’re already familiar with these myths. But for those who are not, let us enlighten you. Ever had a meal or a drink that reminded you of a previous food that you can’t just seem to pinpoint? Well, that’s the same case with both beers in question.

That is why the theories about it being the same have started. According to these, Keystone Light is just Coors Light. According to some people, the former just has dented cans that allowed to rebrand it as Coors’ cheaper version.

– Similarities Between Keystone and Coors 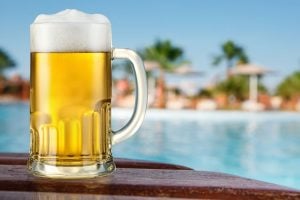 Many theories have sprouted everywhere among both beer enthusiasts and those who are casual drinkers. Some may be too absurd, while others have a basis. Speaking of those bases, let’s now talk about the similarities of the two beers that may have started the rumor mill.

For starters, Coors Light and Keystone Light are brewed by the same company. They both came from Coors Brewing Company and had an alcohol by volume of 4.2 percent. It makes both of them one of the top choices when you want to go for a light drink. Lastly, the most notable similarity is in their physical appearance. Both beers are packed in similar packaging. Most would say that they share the same can dimensions.

– The History Behind the Keystone Beer

Keystone beer is produced under Molson Coors Beverage Company in Golden, Colorado. Since its introduction in Chico, California, different varieties have been produced. Keystone is the original version that has a gold can and red label. It was then later changed to Keystone Premium. This change also brought a switch to a red, white and blue can packaging. The Keystone Light, also produced the same year as the original, comes in a blue label.

If you like your beer on the “dry side,” Keystone Dry is for you. You will find it in a black can with a red label. Next is the Keystone Ice, which was introduced in 1994. It was marketed as “ice brewed ale” and came with a black label. Keystone Amber Light, also introduced in 1994, is packed in a gold can with a diamond “Amber Light” badge.

On the other hand, Keystone V9 is only available in Puerto Rico. Relatively new, Keystone Lime was introduced in Stauffer West last 2013. The most recent one — Keystone Light Keylightful — made its appearance last March 2020 and was available in 40 US States.

Across the United States, the Light and Ice versions of the beers are the most well-known and readily available for retail. You’re probably wondering what’s the difference between these two crowd-favorite beers. Think of Keystone Ice as the “ice beer” version of Keystone Light. The former went through the process of ice brewing, which lowers the temperature to below freezing level. It freezes the water out, resulting in higher levels of alcohol.

Keystone Premium still exists. However, you will rarely find them on liquor store shelves. The Dry and Amber light varieties were discontinued in the late ‘90s. For Puerto Ricans, the Keystone V9 is distributed by V. Suarez & Co. Inc., of Guaynabo. It is cheaper compared to its American counterparts.

Additionally, it has a higher Alcohol by Volume (ABV) of 5.9 percent. Canadians can enjoy Keystone Light in different packages. The Keystone Light there is available in bottles, cans and tall cans.

When it comes to Keystone taste, how does Keystone Light fare? Since its brewing in 1989, Keystone has been a triple-filtered American-style light lager. It means it’s as smooth as it can be. It has a clean and crisp taste with a smooth mouthfeel.

Keystone fanatics prefer to drink beer on their own. But of course, there are other ways to spice it up, like mixing it with citrus. It might appeal to the lovers of Corona or Blue Moon. Or you might also want to incorporate it with salt. Some like to add soda, apple juice, and Campari. For a more exciting and refreshing combo, add margarita mix.

All About Coors Beer

You’re probably wondering if Coors Light can make you drunk. Well, we have to consider its alcohol content first. After all, it is alcohol that makes you drunk. Coors Light offers an ABV of 4.2 percent, the usual ABV of most light American Beers.

Now, this is not much, but, of course, you have to consider the manner of drinking and the amount of alcoholic beverage. If you consume six cans of Coors Light quickly enough on an empty stomach, it is a sure way to make you legally drunk. 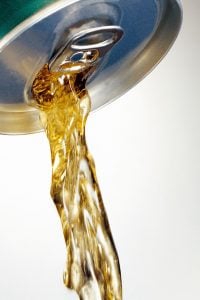 Coors Light is as light as it can be. It was commercialized as “America’s fine light beer.” In addition to that, Coors beer taste is also refreshing. One of its taglines for TV commercials was the “world’s most refreshing beer.”

And did you know that its cans are “cold activated?” Yes, you read that right. The cans turn partially blue when stored at refrigerator temperature. So, once you see the mountains on the label turn blue, it means that your Coors Light is at the right temperature to refresh you.

Not only is Coors Light a crowd-favorite, but craft beer brewers are also partial to it. They think it’s the perfect drink when one is not mood for either craft beer or soda. It’s a pleasant and refreshing drink in between.

One of the most interesting trivia about this beer is that it saved a life. There were beer distributors who saw a man planning to take his own life. They approached the man and struck up a conversation with him. They also offered him a case of Coors Light which helped the man change his mind and move far from the bridge’s ledge.

Differences Between Keystone and Coors

Now, let’s explore the differences. Usually, these vary from person to person. But for now, let’s focus on the most obvious ones first. Coors Light is usually more expensive than Keystone Light. Some mention differences in colors and texture.

No doubt that these beers have come a long way ever since their introduction. Both have become crowd-favorite. And it’s no wonder why: They offer the best middle ground between “hard drinks” and soda. They are refreshing and light, making for a good drink when you want to relax after a long day at work.

Final Verdict: Are Keystone and Coors the Same Beer? 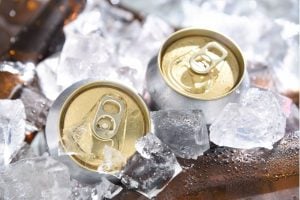 Because of Keystone and Coors’ popularity, there have been criticisms and scrutiny, which may have ignited different rumors. From the physical perspective, no one can deny that their appearances look uncannily similar.

They share the same size and shape, not to mention that the same company brews these beers. Some even claim that they share similar tastes, but this depends greatly on the taste of the consumer.

Since these theories have emerged, the company has been quick on its feet to address its consumers’ concerns. And from their statements, these beers are not the same. They may be related, but they are not identical. Even the non-corporate experts agree with this claim, stating that all these theories are just rumors.

From their perspective, relabeling dented Coors Light as Keystone Light entails the company getting rid of their original beer label artwork on the “broken” can, reprinting the new label for the new brand on Keystone Light. Now, that sounds like many processes when beer consumers would not mind a slight dent in their drink. Plus, with dent or not, both cold beers are still as refreshing as they can be.