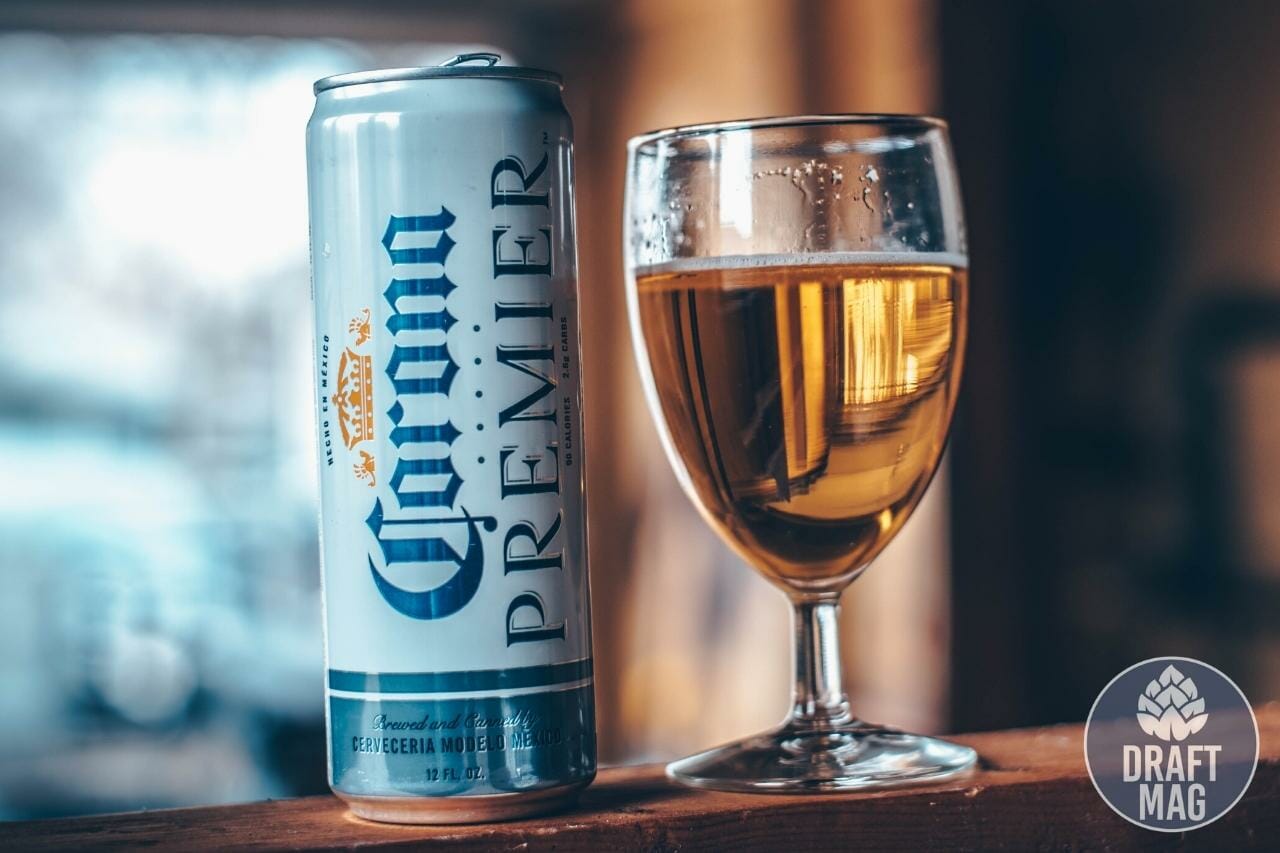 Beer enthusiasts usually want to know the difference between Corona Extra and Premier before purchasing any of them.

These two beers are from the famous Belgian company called AB InBev, but the Corona lager is known to originate from Mexico.

The most popular beer from this company is Corona Extra, which has been the best-selling brew since 1998. But the Premier is also pretty famous, and we will be comparing the two beers in this extensive guide.

Here is a quick table of comparison detailing the differences between these two beers.

Corona Extra has a little bit more alcohol content than the Premier, although it doesn’t make much of a difference. It is also more popular and has been around for a longer time. Aside from these two, there are other Corona brews like the Corona Familiar and Light.

What Is Corona Extra Best For?

Corona Extra is a Mexican lager that is best known for being refreshing, crisp, and simple, with a heavy and drinkable mouthfeel. The beer is well-known as the fifth most popular lager globally. It can be found in over 120 countries and appeals to many people because of its pale appearance and refreshing taste.

It was made by the Mexican brewery Cerveceria Modelo in partnership with AB InBev. Within a short time, it became one of the most popular beers in the U.S. and has not left the marketplace ever since.

Extra has been able to secure a good market value. It has 4.5 percent alcohol and is made with a blend of barley, corn, malt, hops, yeast and antioxidants. It is stabilized with propylene glycol alginate, but its chemical properties are similar to alcohol.

However, a well-known downside of the Extra is that it’s considered too basic and simple compared to other lagers. Not only this, but it has some skunkiness on the palate when you drink it. Despite this, it is a trendy beer.

– Style Profile and Features of the Extra

There is a specific taste and style that you should expect from drinking Extra. You can easily recognize the beer by picking out the aroma and flavor, especially if you’re sensitive to taste.

Extra has a lighter appearance than most lagers. Its color range is between straw and faded copper, primarily light yellow hues. The lager has no fizz or lacing as there is poor head retention and it flattens immediately.

On the nose, the Extra has a taste of sweet malt and hints of green apple and citrus, if you can notice it. There is also some skunkiness in the beer’s aroma, which you will notice, but it does not overshadow the taste.

If you’ve drunk the Extra before, you would easily notice the taste next time you take a sip. The first thing you taste is the strong effervescence on the end of your tongue, and it quickly intensifies to give you a sweet taste.

The flavor isn’t sugary but comes close, and there is a little bit of bitterness combined with it. There are also some mild notes of citrus and green apple, similar to its aroma, and some grain to round it up. 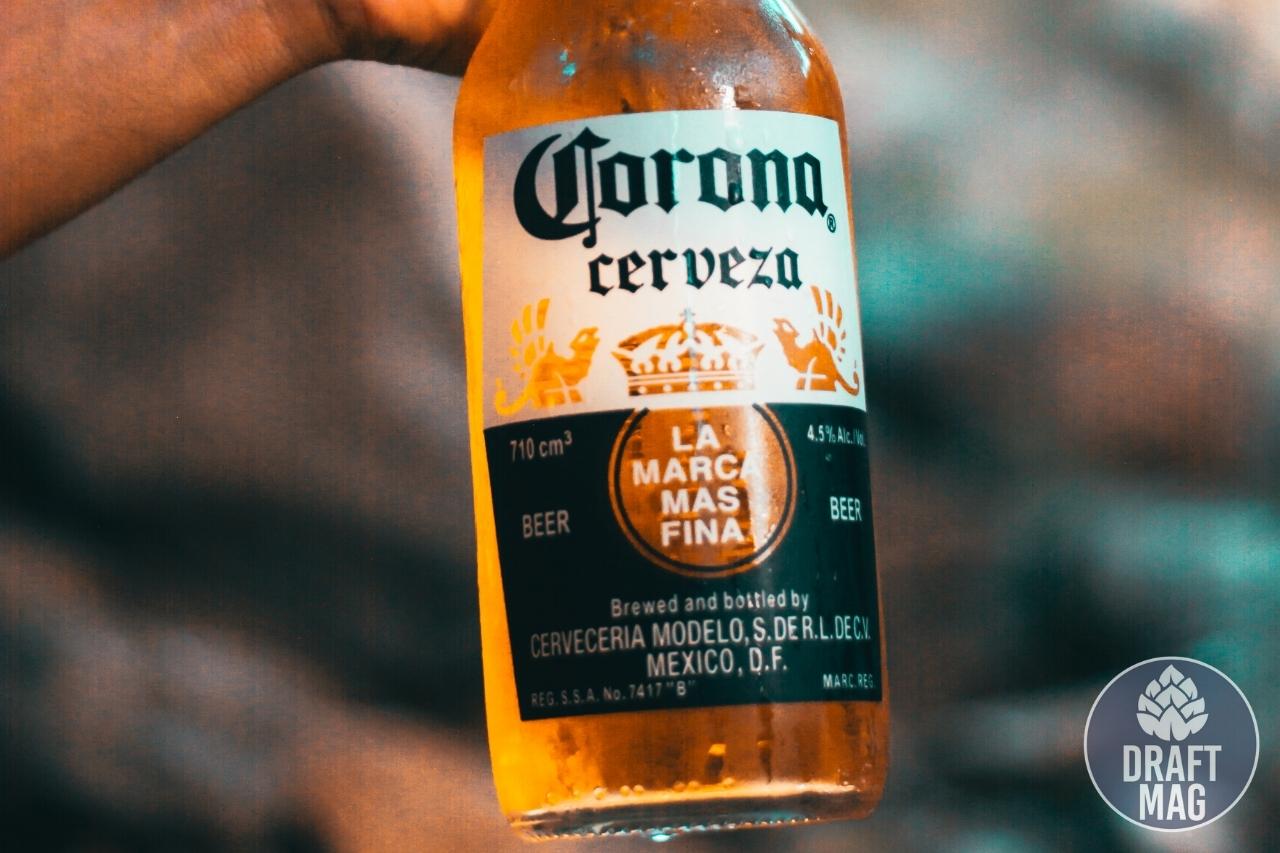 The Extra lager will caress your tongue with sugar and bubbles on the palate and in the finish. You will also feel it in the back of your tongue. It has a bitter finish with a little bit of aftertaste.

There is carbonation, but it doesn’t overwhelm the rest of the taste. The beer is easily enjoyable for all beer lovers.

Corona Premier is a light lager that is best known for having some sweetness in its taste, but with very low calories and carbohydrates because of its lightness. This beer is a popular production from Corona, and it is one of the lightest lagers in the market right now with a sweet taste. Corona brews are already very light, but it tastes a bit watery and bland when it’s not cold.

The Premier beer originates from Mexico like other Corona beers. It also has about four percent ABV, and the flavor is pleasant. It is made with malts, barley, yeast, unmalted cereals and hops.

This light beer is widely liked because it is crisp, easy to drink, and comes in a familiar bottle. It is also affordable and helps you reduce your calorie and carbs intake when drinking beer.

But on the other hand, the Premier lager is criticized by beer enthusiasts for several reasons. The beer is said to be too watery or bland. If you’ve tried the Extra brew, you might also think the Premier version is too boring when compared to the former. The Premier brew comes in glass bottles, which increases its skunking when you leave it out in the sun.

– Style Profile and Features of the Premier

The Premier also has similar tastes and flavors as the Extra, but you should pick it out because of the watery and lighter taste.

Here is its style profile:

You can easily recognize the Premier at first glance because it’s very clear. It has a pale yellow color, similar to a straw-like hue. When you pour the beer in the glass, the head will fizz out almost immediately, leaving you with a flat beer. There is also no lacing.

When you take the Premier lager to your nose, you will notice similar scents from the Extra version. It has a lot of skunkiness in the aroma, but you can also perceive some wet grass and hops.

If you leave the lager in the glass for a while, it begins to smell a bit like wet cardboard, so you should drink it immediately.

The Premier lager has a lot of bubbles in its taste and flavor. The beer has a lot of carbonation that would wake up your taste buds, but once the bubbles pop, the flavor dies down almost immediately and you get a bland and thin-bodied lager.

The sweetness you get in the Extra is watered down in the Premier lager, but you can also perceive hints of grass and corn. You will notice that it tastes a bit too similar to seltzer rather than beer.

The Premier beer feels like bubbles from the carbonation and faint sweetness on the palate. The hoppy flavor disappears almost immediately after you swallow the beer, and you can also taste some bready sweetness on your tongue. It has a clean finish that wipes your palate and high carbonation.

Here are some questions that you may have about this topic, and answers from our experts.

– Is Corona Light and Corona Premier the Same Thing?

No, they are not the same, as although both the Corona Light and Premier are light beers, the Corona Light beer is the standard light beer while the Premier is much lighter and watered down, with fewer carbohydrates and calories. But both beers have the same level of alcohol, which is 4 percent.

– How Long Can You Keep Corona Beer If It’s Not Open?

You can keep your Corona brew for up to two years as long as it is well refrigerated and kept away from sunlight. The manufacturers set the shelf life at about 180 days, which is only six months, but if you do open the beer and leave it refrigerated, you need to drink it within 24 hours.

– How Drunk Can You Get Off a Bottle of Corona?

It depends on the alcohol content of the beer and your body, but Corona brews generally have a low alcoholic content, with the Corona Premier alcohol level set at 4 percent while the Extra has 4.5 percent. Most people get tipsy and feel the effects of Corona after having about two servings or glasses. 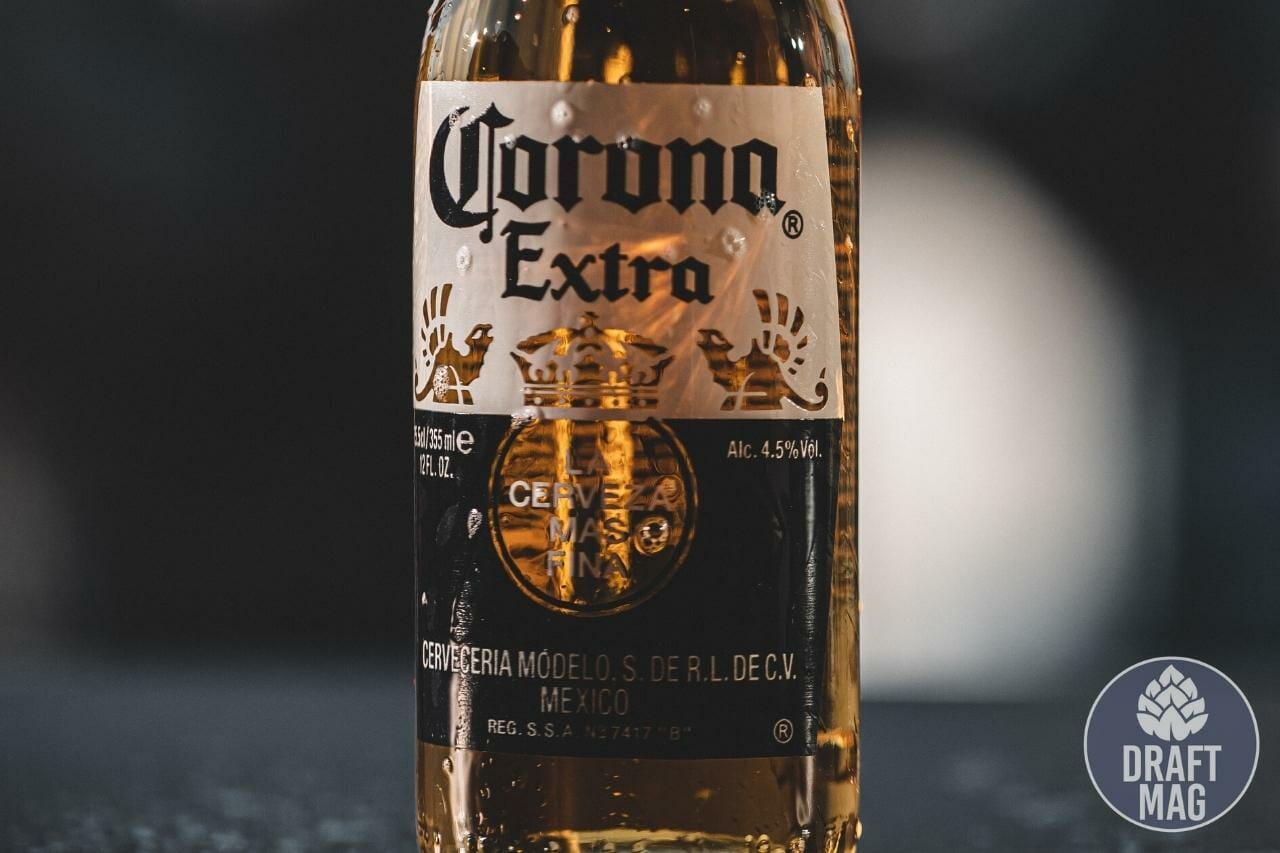 The main difference between Extra and Premier is that the latter has lower carbs and calories than the former.

The Corona Extra is a heavy and drinkable beer with hints of apple and citrus, and it is one of the most popular Corona brews to date!

The Corona Premier is a very light and low ABV beer with grassy hints. It is quite a new addition but is already blowing up the market.

If you had to choose between Corona Extra and Premier, it’s advisable to taste both before choosing your pick. They are both high-quality and delicious beers, but their style profiles are slightly different and appeal to different types of beer lovers. You can easily get Corona brews in your nearest liquor store, so check them out and figure out which one you like best.

Yuengling Black and Tan Review: A Deep Dive Into the Beer Cocktail

Budweiser Zero Review: A Detailed Review of This Non-alcoholic Beer

Witbier vs Hefeweizen: Details and Differences Between These Two Beers