How to make beer stale? This is a question that many homebrewers ask themselves at some point in their beer-making journey. Chances are, you might have gone wrong with the recipe but still want to put your brew to use. Or maybe you’re just a beer enthusiast who has one too many cans of beer lying around.

At any rate, we get it: Nobody likes to see beer go to waste. For this reason, in this guide our expert brewers tell you the best ways to decarbonate beer. Read on and you will also discover several ways that you can use stale beer around the house!

Why Does Beer Go Stale?

As the name suggests, stale beer is just beer that has become oxidized over some time. To explain this process you should know that beer has plenty of elements in it, from simple amino acids to the more complex isohumulones. Enter oxygen! This guy reacts with all of these compounds to create volatile aldehydes that give stale beer that paper-like smell and flat taste that we all know.

And it doesn’t stop there either. Oxygen continues to react with these aldehydes as well — and especially isohumulones — so that their quantity in the beer increases more and more. And that is why you’ll find that a beer that has been going stale for quite a while will taste extremely flat, sometimes even sour. In other words, the process through which the beer goes stale does never really end.

How Long Does It Take for Beer To Go Stale? 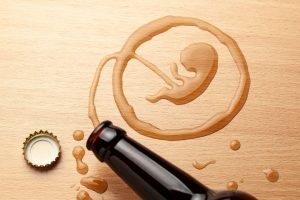 The time necessary to make beer flat depends on the alcohol content or the alcohol by volume (ABV) of the specific brew. If you have a beer that has a higher ABV level, then it might last you a good seven to eight months.

Store it in a fridge, and it might go up to nine months or even a year or two. Meanwhile, beers with lower ABV stay good for only six months, more or less, at room temperature.

Once you’ve opened the beer though, the story changes. Open beer is now directly exposed to oxygen and will go flat in a day or two in the fridge. What happens if you leave your beer cans out at room temperature instead? In that case, you’ve only got a couple of hours in your hands.

How To Make Beer Stale?

After all that chemistry, it’s time to get to the fun part. If you’ve understood how beer goes stale, then it’s pretty easy to figure out different ways to make flatten beer.

One of the easiest ways is to simply expose your beer to more oxygen. And if you’re looking to speed up the process, then leaving it open at room temperature while keeping it exposed to light is the way to go. However, this process might take you around two to three days.

Another really popular way that’s also faster is to decarbonate it. Decarbonization involves the removal of carbon dioxide from your beer to make it go flat. There are several ways, but we’re sharing our personal favorite with you. Go on to the next section and find out which one we are talking about!

– How To Remove Carbonation From Beer?

Removing carbonation from beer is actually pretty easy. All that you need to do is pour all the beer into a pan and turn on the heat. You don’t need to boil it; temperatures of around 140 F (60 C) should do the trick. Stir it continuously, and you should be done in a minute or two! The heat causes the carbon dioxide to be expelled, giving you a flat beer in no time.

Don’t want to heat up your beer? In that case, simply pour it out in a pot, and start stirring it using a whisk. Electric whisks get the job done too, but only use them at their lowest setting. Many home-brewers tend to add some sugar too. While this does help in the process, we really don’t recommend adding sugars because — as you will discover — this severely limits what you can do with the flat beer.

Where Can You Use Stale Beer? 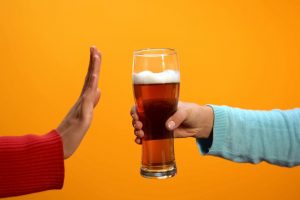 Now that you’ve done all the hard work, and finally have that stale beer, what do you do with it? Here are some uses for stale beer that we are sure you did not think of!

You might hate the smell of stale beer, but guess what? Fruit flies love it! So, if there are too many of these pesky insects around, you can easily create a few DIY traps using stale beer and some open containers. This should help you out tremendously.

If you’re looking to get rid of mosquitoes, then stale beer comes in handy too! In fact, it acts as a pretty good mosquito repellent. All you have to do is spray it around your garden. Mix it together with some Epsom salt and old mouthwash to boost its effectiveness, and you’re good to go.

As an alternative, you can use it to shine up your pots and pans! Soak them up in stale beer, and then rinse it off after an hour or two. No more grease stains, or that annoying tarnish. Use it on your jewelry too, to get your valuable items to shine again.

Say hello to shiny hair! Did you know that stale beer is also great for getting luscious hair? Take some of that stale beer with you next time you go shower, and let it soak in your hair for a while. Rinse off, and you’re done. Don’t worry about the smell: It will go away as soon as you dry your hair.

Another really popular hack is using stale beer to shine up your old furniture. Just grab an old but clean cloth, and get to rubbing some of that beer on your furniture. It will be good as new in a few minutes!

– Can You Use Stale Beer for Plants?

This is one of the most common questions that our experts receive, and the answer is both a yes and no. Will pouring stale beer directly on your plants help? This is going to be a big no. Beer has a lot of simple carbohydrates and very few nutrients that actually end up being useful to plants. Not to mention that the alcohol content might end up actually harming them!

But is stale beer useless in gardening? Again, a big no. You can use your beer for plants, just make sure to use it in the form of compost. The yeast helps break down the dead material into simpler forms and makes the compost more nutritionally rich. Other ways you can use stale beer is in the form of traps for pests like slugs, wasps and other unwanted visitors.

– Should I Use My Flat Beer for Cooking?

In this case, the answer depends on how far in the process of going stale your beer is. Take a sip of that stale beer and taste it. If it tastes bad, then you’re definitely not gonna want to use it in your cooking. While certain recipes — like a good ol’ cheese dip or stew — do call for stale beer as an ingredient, it’s usually best to use a stale beer that has been refrigerated. Leave spoiled beer for slugs only!

But if your stale beer tastes fine enough, then feel free to add it to your delicacies. You can marinate your meat in it, or make some beer batter fish. The possibilities are endless. Just remember to check out what kind of beer the recipe mentions, as not all beers taste the same.

Can I Buy Stale Beer and From Where?

Need some stale beer urgently for a recipe, or just want to try out one of these stale beer hacks? Unluckily, you won’t find stale beer for sale at the supermarket or at the liquor shop. However, you can always ask them for it. Most liquor shops do tend to have stale beer sitting around in their inventory, so all that you need to do is convince them to sell it to you.

Or you can just speak to a local brewer, too. They’re sure to have plenty lying around, and are far more likely to be open to selling you the stuff. But if neither of these options works out, just buy the usual beer, and stale it yourself using one of the methods we’ve discussed above. It’s super easy, we promise.

We’ve learned a lot about stale beer, and different ways to help you create your very own stale beer. Let’s sum up all that we’ve covered to help you get started on becoming a master of flat beer!

Stale beer is really easy to make, and has plenty of uses to boot! So why not give it a shot. Grab some of those beer cans that have been lying around forever and, in just a day or two, you’ll be the expert on stale beer around your neighborhood.

Cleaning Beer Bottles Is as Fun as Drinking Now! Here’s a Guide How

Draft Mag - November 13, 2021 0
How to make beer stale? This is a question that many homebrewers ask themselves at some point in their beer-making journey. Chances are, you...

Barrel Aging Beer: Know the Flavor a Barrel Adds to Your...

Drinking Beer With a Straw: Is This the Fastest Way To...