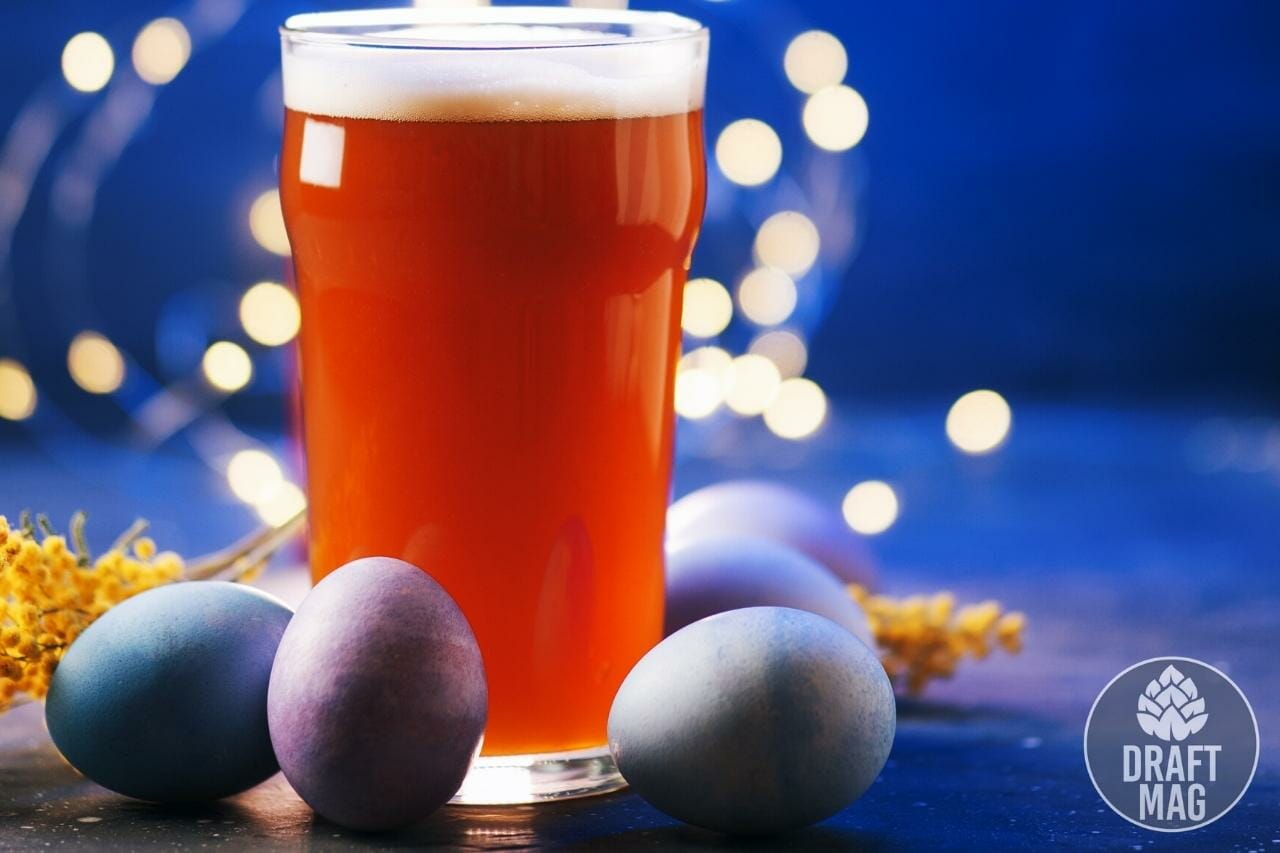 Egg in beer is one of the weird things people have done to beer, just like bull and whale testicle’s beer. Egg beer is not as popular as other beer styles but it is something that has been around for a while with an interesting history. Beer lovers believe that the egg adds a sweet taste to the beer and has some health benefits too.

In this article, we’ll discuss everything you need to know about adding eggs to beer.

What Is Egg in Beer?

Egg in beer refers to the process of cracking a raw egg into a glass full of beer. This practice has been in existence since around the 17th century and continues to this day. Although it might sound unusual, drinking an egg with your beer has some surprising health benefits too.

Why You Should Put an Egg in Your Beer

There are several reasons why people put raw eggs in their beer.

Here are some of the most common reasons:

You can eliminate hangovers by consuming alcohol. There’s a misconception that putting an egg in your beer will help you get rid of a lingering hangover. It’s also become a significant question: is it worthwhile to give it a shot? Yes, many people believe that putting eggs in beer cure hangovers.

Isn’t it true that things are never that simple?

Yes, eggs are nutrient-dense and include a number of important minerals and vitamins that help individuals stay healthy. However, despite everything the “amazing, delicious egg” has to offer, it isn’t a hangover cure. The alcohol in beer, not the egg, appears to be the reason behind the cure for a hangover.

When the alcohol in your system is no longer there, hangover symptoms occur. You can minimize the severity of your hangover by increasing the amount of alcohol in your blood. This procedure is known as the “hair of the dog” method. So if you’re thinking of trying this method, just pour yourself a Bloody Mary instead of suffering through the agony of downing a raw egg Rocky-style.

In ancient days, people drank beer for different purposes. Some drink beer to keep warm and feel full for spiritual reasons, digestion, mourning and pleasure. Traditional beer was much thicker and heavier than what we have today. Women made the beer then, so finding an egg in them made sense.

Men also tried putting eggs in their drinks for fitness or trend. However, it is a cultural tradition for some areas in Vietnam to have egg-based beers as their regular delight. These areas are popular for whisking egg yolks, butter and sugar together then adding them to their beers. The aim is to enhance the textures and flavors of the beer.

Chileans also have a popular scrambled beer named Malta Con Huevo. This involves a combo of dark malt beers, sugar and eggs. Some European countries also incorporate eggs in their beers, mixing ale and wine with eggs. Some people claim it is a home remedy for colds.

How can you take something healthy and add a little bit of beer to make it fun?

The simple way is by adding an egg to your beer.

Beer lovers mix eggs with their beers to include more protein in their diets. This is more common among bodybuilders and people trying to bulk up their weights. It is a quick and excellent way to have protein without the cumbersome general way of getting it.

Besides being a protein fix, eggs add healthier feelings to drinking beers. If you don’t want to completely cut out beer from your diet, adding an egg each time you drink your beer will save you the guilt.

With the influence of celebrities, the love for cocktails keeps growing. In the movie Cocktail, Tom Cruise’s boss mixes and drinks Red Eye. The ingredients are beer, tomato juice, aspirin and raw eggs. This combo gives you a result that tastes like the popular cocktail.

Young folks sometimes do things just to impress the opposite gender or for the credit that comes with it. But now, adults do things to fulfill a dare. So people who are old enough to know what they’re doing will put an egg in their beer on a dare. 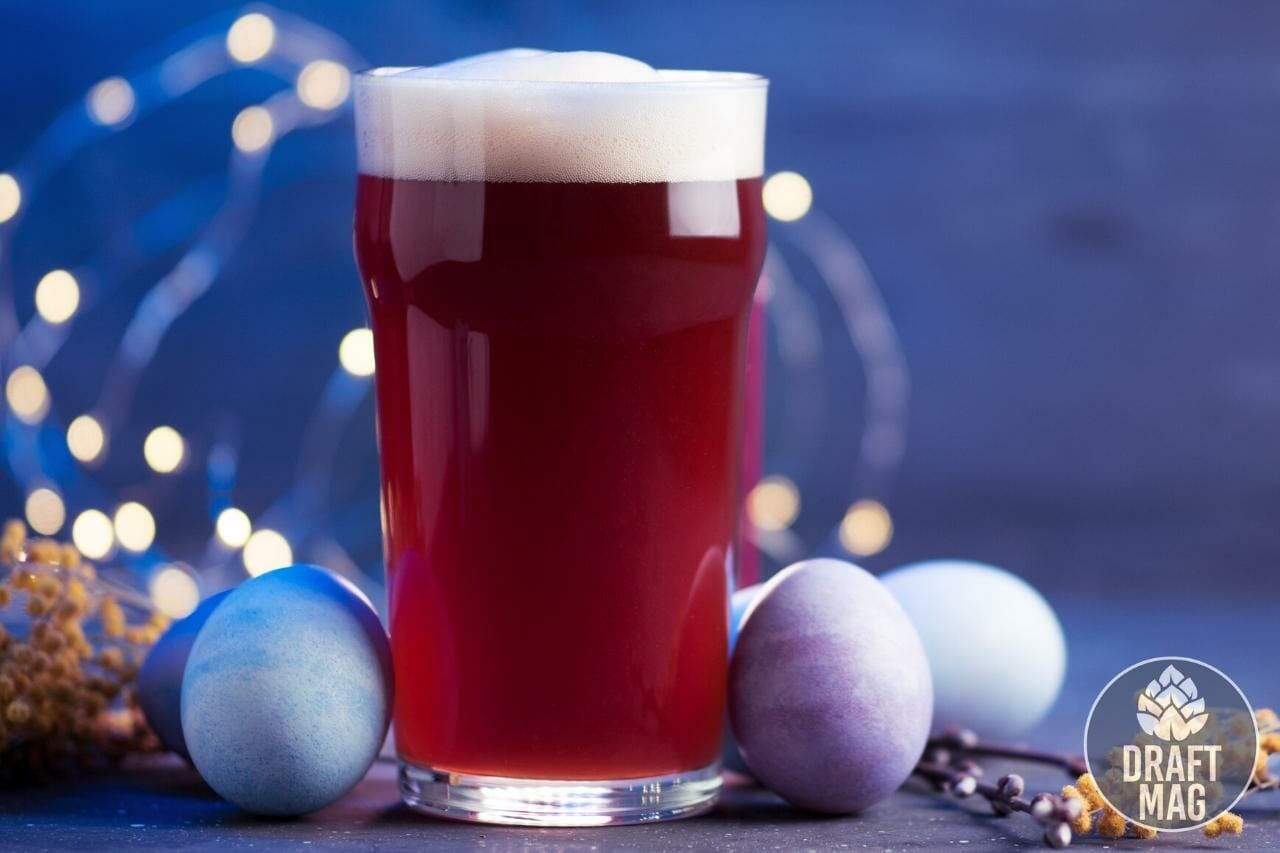 Note that not just boxers and bodybuilders consume raw eggs for breakfast.

Lawyers also do it.

In The Verdict, Paul Newman took egg beer for breakfast. At the end of the movie, he is actively fighting his alcoholism.

You must have heard about the American breakfast (pancakes, toast, coffee and hash browns) or the English breakfast (eggs, beans, tea, bacon). Irish breakfast includes beer and egg.

The countertops in today’s bar contain baskets of pretzels and nuts. They can be fried and then served with salsa. In some bars, eggs are a popular snack. Moreover, adding an egg could make your beer more filling. This way, you will have to spend less money on snacks and food, curbing your hunger easily.

Traditional medical practices could be disturbing sometimes but they can also be true. For example, you can use booze for disinfection and anesthesia. Some even say getting drunk can cure a cold or cough. Syllabub and posset had cream, eggs and cider, and another common mixture was beer, honey and a raw egg.

How To Do It Properly

Mixing eggs with beer is not something complex. It is very straightforward.

Here is how you do it:

You might notice that the egg yolk does not dissolve. It is nothing to worry about. The egg yolk remains as a whole and it settles at the bottom of the glass.

Take the beer as you usually do, then on getting to the end of the brew, stir the remaining beer with the yolk and drink it. You do not have to swallow the yolk in one go, and it is advisable to bite the egg yolk gently. The egg adds a sweet taste to the beer.

You may ask, is having egg in my beer safe? Even though there are many benefits to drinking beer with eggs, there are still some effects. Pregnant people should be careful when consuming it. Some people are allergic to eggs, and some can’t stand egg whites.

People who fall into this category should stay away from this practice. Egg white contains avidin, a protein that blocks the absorption of biotin, so it is advisable to drink beers having eggs moderately. Raw or uncooked eggs may also contain several types of destructive bacteria called Salmonella.

If you consume a rotten egg, this bacteria can enter your body and cause food poisoning. It is recommended that you buy and use pasteurized eggs in your beer. If you also want to buy eggs and store them for your next party, you should refrigerate them and eliminate the dirty and cracked eggs.

Let’s go back to when the mixture of egg and beer first started. Putting an egg in a beer is a simplification of a flip and it is a classic cocktail that originated around the 17th century in England. Flip was actually a mix of beer, sugar, brandy, or rum mixed and heated with a red-hot poker. The top layer was caramelized, giving it bubbles and foam.

The flip cocktail reached the US with time, and President George Washington was the best flip drinker. Later on, they began to add eggs in flip and it was preferred to be served cold rather than hot. Since then, the idea of putting eggs in beer has gotten popular and this beer is now one of the tastiest drinks in many parts of the world.

According to the bartender’s guide by Jerry Thomas written in 1862, there are six types of flips and the egg is the primary ingredient. The importance of flips is to give smoothness by continuously pouring back and forth between two vessels, then beating the eggs well, and adding sweeteners and spices to taste.

The Flip was a cocktail made of rum, beer (or wine), hot water, sugar, and egg yolks popular during the colonial period. The notion eventually found its way to America. In today’s world, the Flip is still prevalent.

The Miner’s Breakfast was a beverage popular in the 1800s that consisted of two eggs broken into a lager and served with a whiskey shot on the side. It started in Pennsylvania, where mining towns were common and spread over the East Coast. 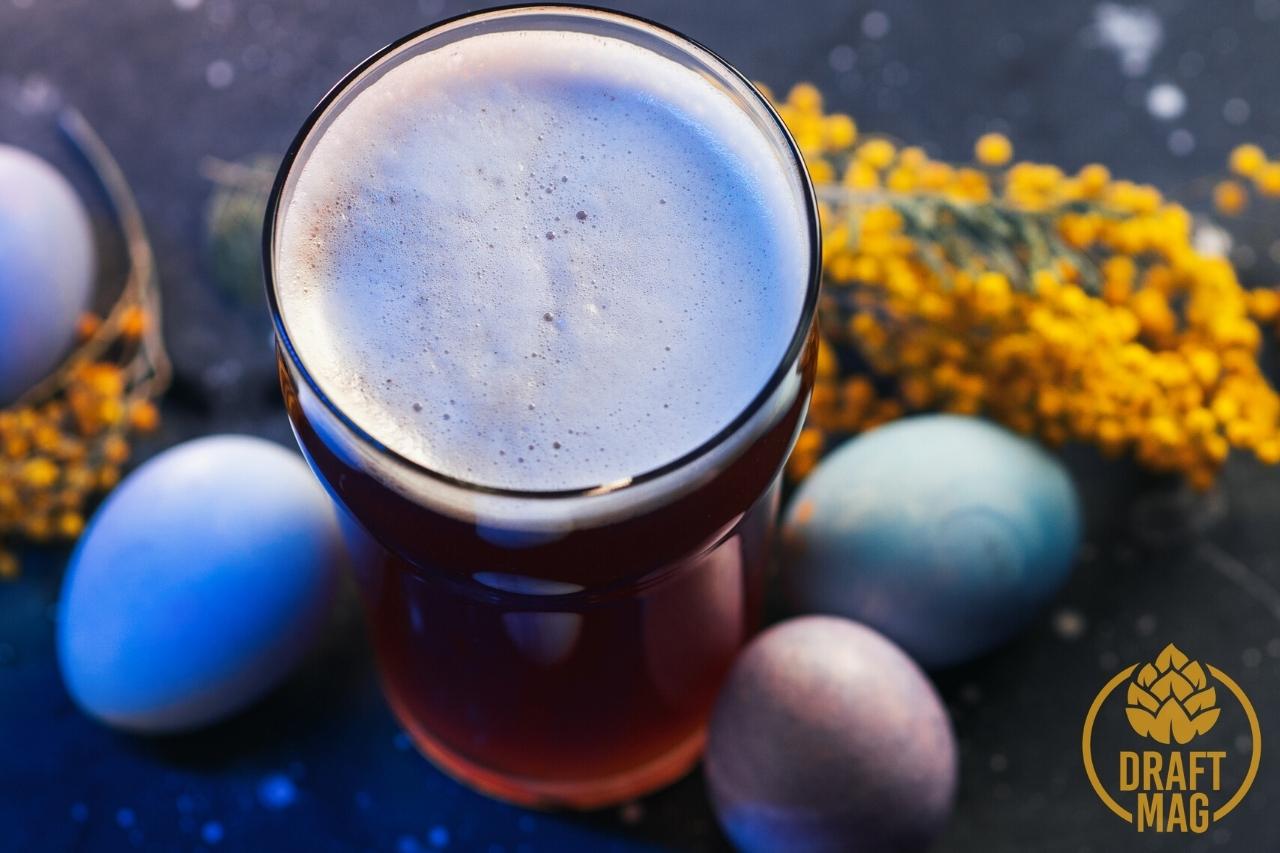 We’ve discussed a lot of things concerning eggs in beer. Let’s give a summary to ensure you have all the knowledge about it.

There are many benefits of putting eggs in your beer and there are few side effects. Several beer lovers have enjoyed cracking eggs into their beer, and you should also give it a try!