Highland Gaelic Ale is a smooth and malty beer that will surprise you with a balance of sweet malts and slightly bitter hops. The beer is best described as an amber ale but with hops leaning towards an American pale ale. 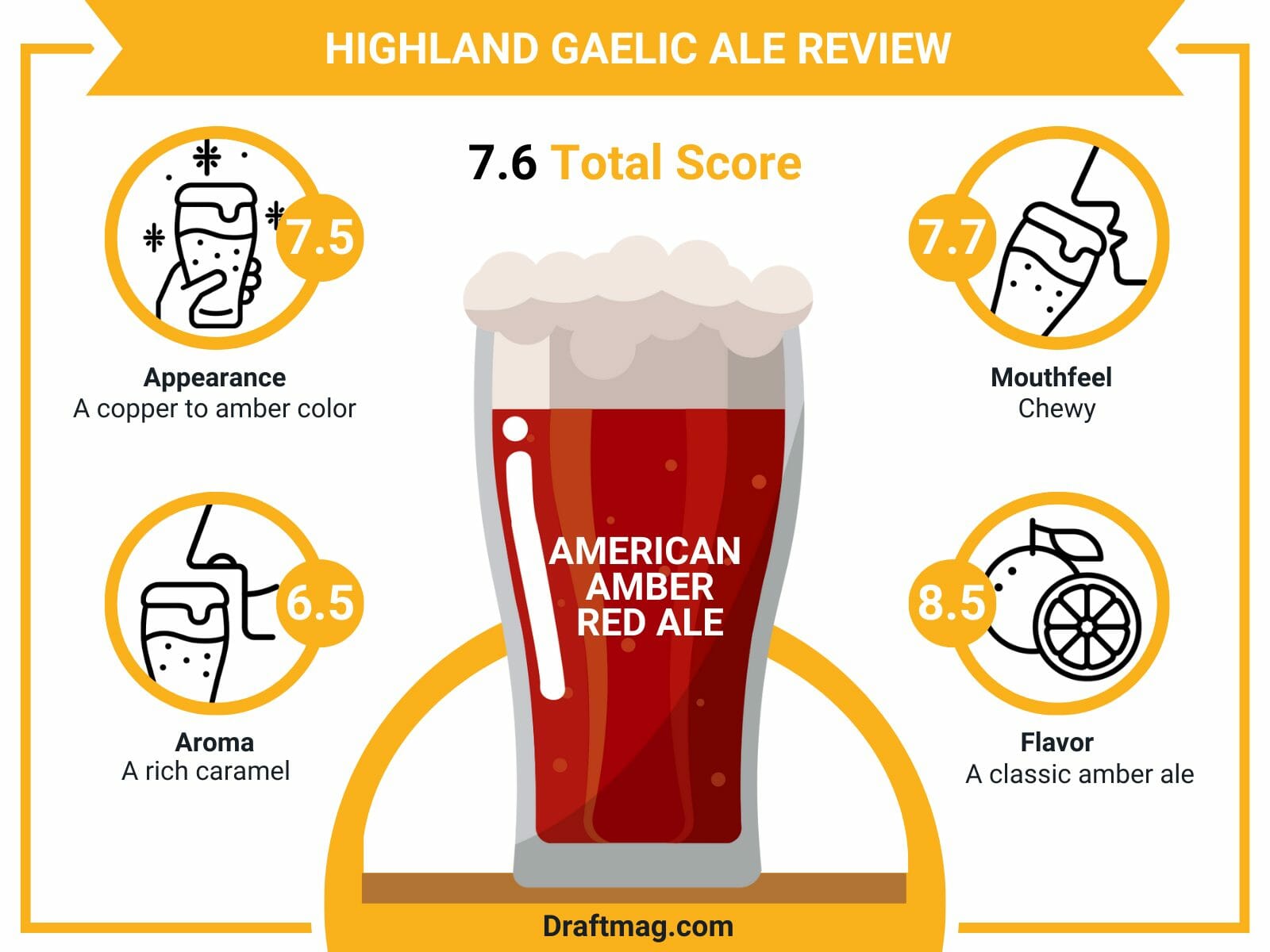 Whenever you’re interested in a brilliant red ale, you can look out for this flavorful beverage. Keep on reading our review to know more about what the beer has to offer.

Gaelic Ale is an American amber or red ale with a 5.5 percent alcohol content. The beer is made by Highland Brewing Company and has a taste of toast and malts, with a sweet yet hoppy character. It has a medium body and a clear copper appearance, with flavors and aromas of toast, caramel, hops, crackers, toffee, grapefruits, and some earthy notes.

The beer is best served in a pint glass, with the slender shape showing off the clear and bright color. The wide opening of the glass holds the beer’s head well. You should serve it at temperatures from 45 to 50 degrees Fahrenheit and garnish it with a lemon slice.

If you want a sweet beer to accompany you during parties or when having dinner, this ale is the ideal choice.

The ale pours a copper to amber color with a clear appearance that you can easily see through. 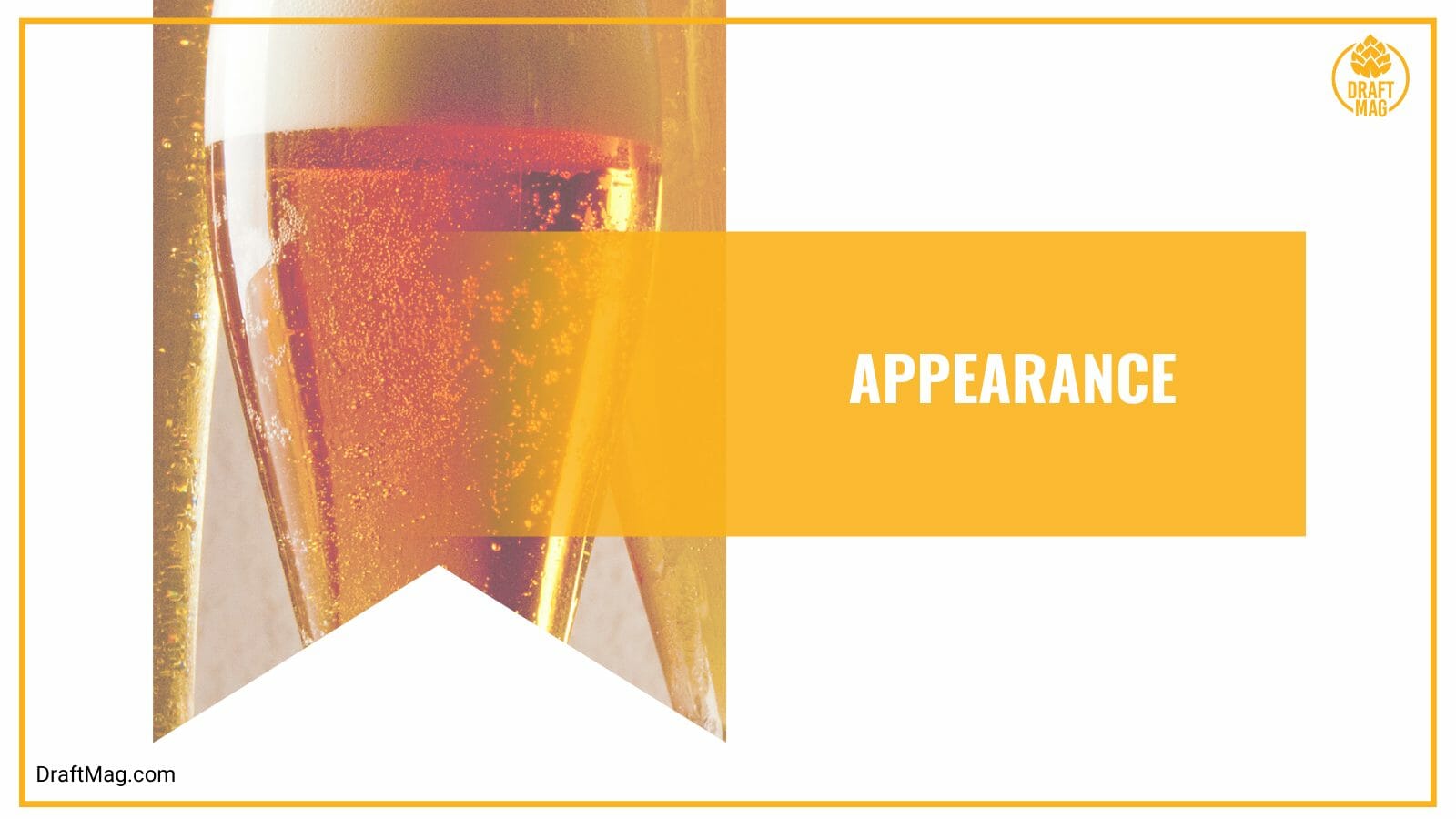 On top of the beer is a dense and creamy tan head up to a finger high, and this leaves heavy web lacing against your glass as it dissipates.

Bring the beer to your nose and you can enjoy a rich caramel malt aroma that overwhelms the slight earthy hops in the backbone. Although it smells malty, there are hints of cherries and chocolate in the beer that give you a unique aroma.

On the palate, the ale has a medium body that feels somewhat chewy but is still a classic ale. There is plenty of carbonation, but it isn’t too much, leaving a tingly feeling at the back of your throat. 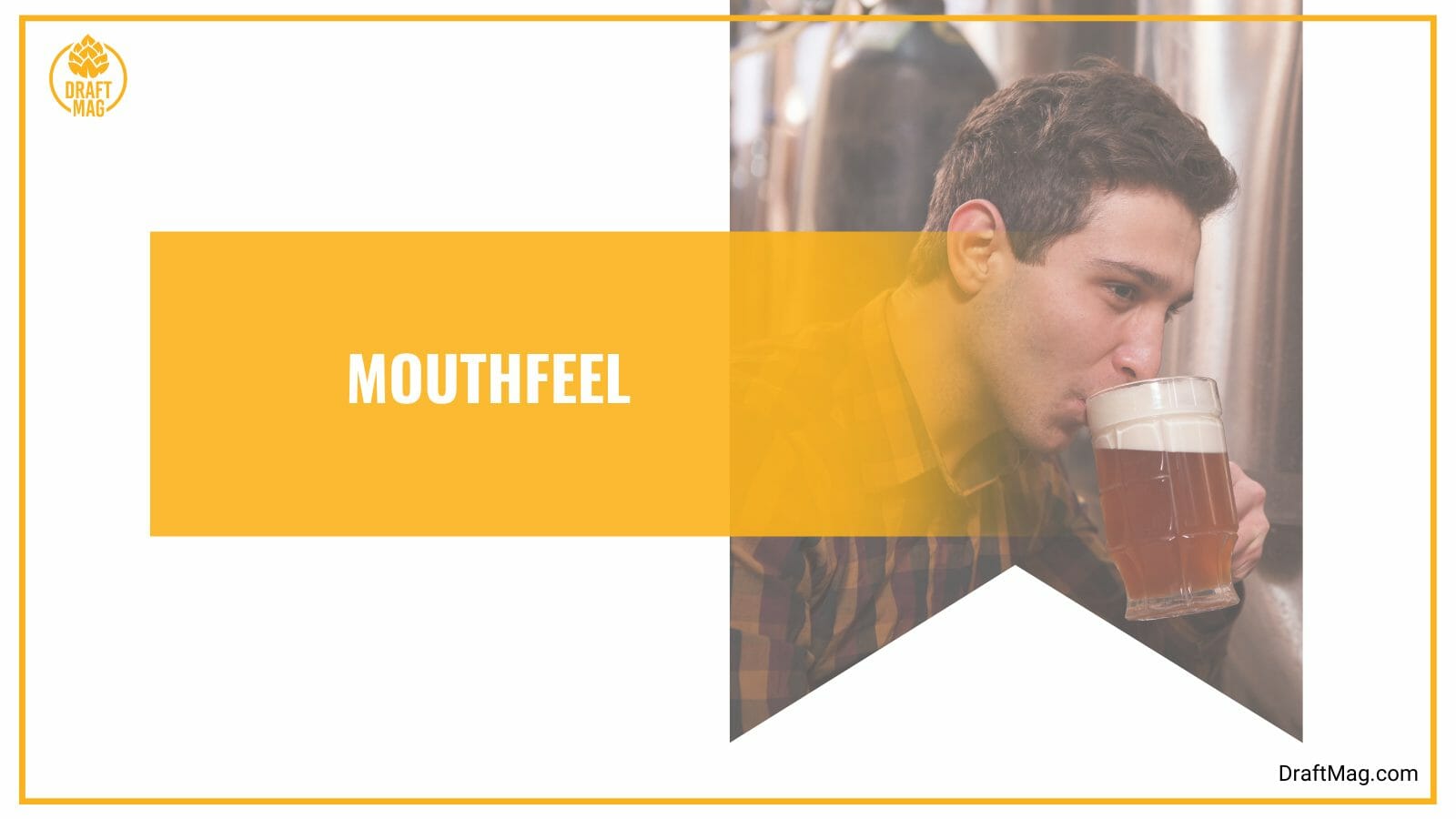 As for the taste, the ale has the flavor of a classic amber ale, with hints of crystal and caramel malts. The malts form a sweet base of the beer, and this is well balanced by the grapefruit and herbal fruits. The beer finishes with hints of bitterness that go into the aftertaste.

The flavor follows the aroma, but it has more earthy notes, and the sweet caramel malts transition to the hops before bringing out some dry grapefruit rind. It has a sweet finish before becoming bitter in the aftertaste. It’s an easy-to-drink red ale with medium carbonation.

The ale is a classic amber ale that pairs well with different kinds of foods, but you should go for heavy and hearty meats like barbecue pulled pork, brisket, and jerk chicken. It also goes well with bread-based foods like pizza, burgers, hotdogs, bread salads, bread soups, pancakes, and more.

As for your sweet tooth, you can pair this brew with a pound cake, caramel-flavored desserts, chocolate cheesecake, sweet toffee, and more. You can also enjoy the beer with cheese like medium cheddar, Gouda, and Brie.

The ale is brewed with malts, hops, yeast, and water. The malts used to make this beer are Munich, Caramel 40, Caramel 60, and Extra Special Malt. As for the hops, they include Chinook, Cascade, and Willamette hops. The malts give you sweetness and a strong backbone, while the hops provide a delicate bitterness.

The amber ale has 5.5 percent of alcohol in a 12-ounce serving, with a very slight alcoholic character in the aroma and flavor. Despite the hops, the beer has 30 IBU, which gives you some pleasant bitterness.

In the beer, you have 173 calories in every 12 ounces, and you need to keep this in mind when calculating your daily dietary requirement. The beer also has 17.3 grams of carbs in a serving, but there is no fat or protein. It is not a keto-friendly beer as the high carbs content indicates, and the beer contains gluten.

Gaelic Ale is made by Highland Brewing Co and was first released in 2002. It is a year-round beer and was named Asheville’s first beer too. The beer has also been voted the best all-round beer in Western North Carolina in the Mountain Xpress Best of WNC poll in the consecutive years from 2015 to 2020. 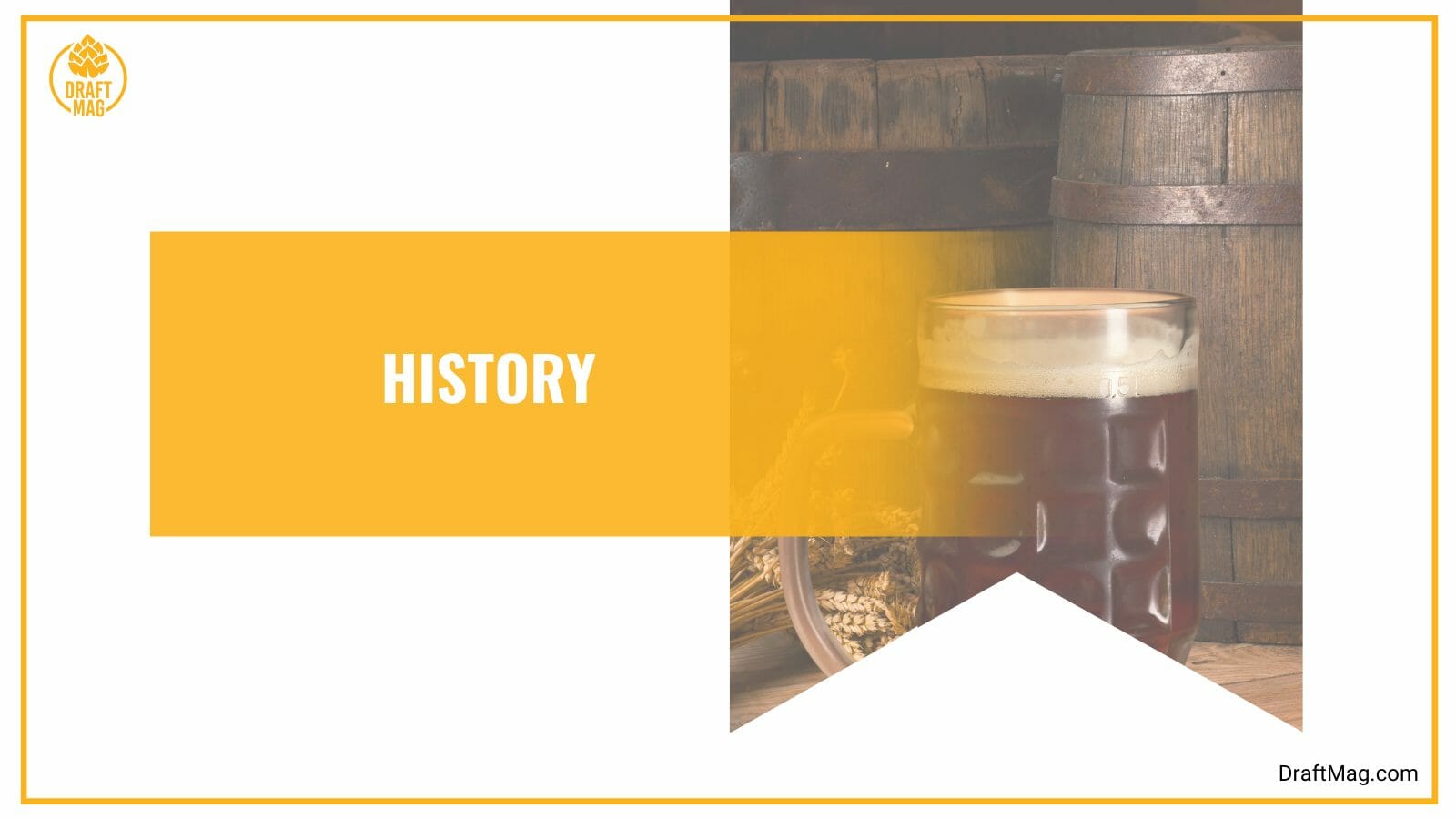 Highland Brewing was founded in 1994 and is independent and family-owned. It is one of the foundations of Asheville craft beer in North Carolina, as it was the first legal brewery in the town since the prohibition ended. This amber ale was one of the oldest beers in the area, alongside the Black Mocha Stout and Oatmeal Porter.

The Highland Gaelic amber ale is a pleasant beer that offers you a unique taste profile and diverse food pairings. Here’s a rundown of what our beer review covered:

To give this ale a try, you can check it out at the brewery in Asheville or purchase it online and at physical stores near you.