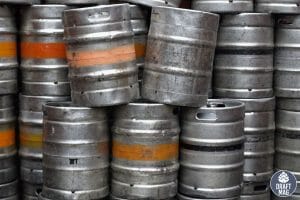 If you’ve ever wondered, “How long does a keg last?” the average lifespan of a keg is about two to four months, but it all depends on how you treat your fridge. If the fridge is full of other things and the keg gets jostled around, it will last closer to one month.

If you keep your fridge at a consistent temperature and the keg doesn’t move, it could last for three months, but ultimately, it’s best to drink a keg within two months to ensure its freshness. A lot of factors affect the lifespan of your keg, and our experts are here to answer all your questions in this complete guide.

How Long Does a Keg Last?

A keg of beer can last up to two to four months if it’s kept in a cool place. Kegging beer is a popular method for storing and dispensing beverages, as it offers many benefits over traditional bottling methods. Kegs can be filled quickly and easily for starters, making them ideal for large-scale productions or homebrewers.

Additionally, they offer greater flexibility in terms of storage options, as they can be kept at room temperature or refrigerated, depending on your preferences. The ideal kegerator temperature for beer is between 35-40 degrees Fahrenheit.

In general, a keg will last for several weeks or months after being tapped. It depends on a few different factors, including the quality of your fridge, what kind of beer or soda you are storing inside it, and how often you clean it. Kegerators are designed to keep your beer or soda cold, but they typically only last for about two to four months. This is because the interior of the fridge and the lines that deliver your drink to you can get dirty over time, which will affect how long your keg lasts.

A keg is a large container used to store beer. Kegs come in different sizes, but the most common size is a half barrel, which can hold up to 15.5 gallons of beer. Kegs are usually made of stainless steel and have a cylindrical shape.

The shelf life of a keg beer is about 90 days, provided that it is kept at the proper temperature. Keg beer should be kept cold, preferably below 40 degrees Fahrenheit. The colder the beer, the longer it will last. Kegs can be stored in a commercial fridge or cooler designed for this purpose.

Once a keg is tapped, it should be consumed within two weeks because there is no way to keep the fresh beer past that point. After two weeks, the beer will start to deteriorate in quality and taste flat.

Kegged beer should be consumed within one to two months of being tapped to ensure freshness. However, with proper care, a keg can stay fresh for up to three months after opening, so it is important to keep track of when you first tap the keg and dispose of it before it has gone bad.

– How To Prolong the Shelf Life of Your Keg

One way to prolong the shelf life of your keg is to invest in a kegerator. A kegerator is a specifically-designed fridge to store and dispense beer. Kegerators keep the beer at a consistent temperature, which helps to preserve its quality and flavor.

Another way to prolong the shelf life of your keg is to clean it regularly. For example, beer lines should be cleaned every two weeks, and the inside of the fridge should be wiped down with a mild cleaning solution.

– Why Do Kegs Last for Only a Few Months?

Several factors can affect the shelf life of keg beer, including the quality of your fridge, how often you clean it, and what kind of beer or soda you are storing in it, and any dirt or contamination is responsible for the short lifespan of a keg.

A dirty fridge can harbor bacteria and other substances that contaminate your beer, which can cause it to go bad more quickly. Additionally, some keg beer varieties are more perishable than others, so they may last for a shorter amount of time.

To ensure that your keg lasts as long as possible, be sure to clean and maintain your fridge regularly and store the keg in a place where it is not exposed to high temperatures or other contaminants.

– Can a Keg Be Tapped Twice?

Yes, a keg can be tapped multiple times. In fact, many bars and restaurants will tap a keg several times before it needs to be replaced. However, each time a keg is tapped, some of the beer will be lost due to spillage and foam. Therefore, it is not recommended to tap a keg more than twice.

Of course, there are many different types of kegs out there. Typically, these kegs can be classified into standard and premium. The standard keg is the most common type of keg used in bars and restaurants across the country. This type of keg typically contains 15.5 gallons of beer and can be tapped multiple times before they need to be replaced.

On the other hand, premium kegs are typically made of stainless steel and contain around 5 gallons of beer. Therefore, these kegs can only be tapped once due to the smaller amount of beer they contain. However, since premium kegs are made from higher-quality materials than standard ones, they often provide a better-tasting beer. Therefore, it is ultimately up to the individual to decide which type of keg is best for their needs.

Storage temperature is one of the key factors that affect the freshness of a keg. The storage temperature of your beer can significantly impact how fresh it tastes. The best way to keep cold (and warm) bottled beers alike is to store them at temperatures between 35 and 40 degrees Fahrenheit, which is where most people will keep their refrigerator or pantry shelves.

Beer stored at too high of a temperature will develop an unpleasant taste and smell. This is because the chemical process that causes freshness in beer is called metabolism. This process is accelerated when stored at high temperatures, causing the beer to spoil more quickly.

On the other hand, a beer that is stored at too low of a temperature will become flat and lose its flavor. This is because the carbon dioxide that gives beer its fizziness starts to escape when it’s stored at cold temperatures.

At temperatures above 80 degrees Fahrenheit, your beer can quickly lose its freshness and flavor. This is due to a chemical reaction called oxidation, which occurs when oxygen interacts with the beer.

The flavors and aromas in your beer will be subdued if it is too cold. The carbonation will become flat, reducing the texture and mouthfeel of your beer. It is important to monitor the beer keg storage temperature carefully to ensure that your beer stays fresh and flavorful.

How To Know When a Keg Goes Bad

If you own a keg, you’ll need to know when it is time to dispose of the beer and switch to a new one. Of course, you want your bar or event to serve the freshest beer possible, but how do you know if your current keg has gone bad?

Even though some beers come with expiration dates on them, it is hard to tell with kegs since they are not typically dated.

The first step is to check for an off-putting smell near the opening of the keg. If you notice any sour, skunky, or strange smells, it is probably time to get rid of the beer. Another sign that your keg has gone bad is if the beer is cloudy or has chunks in it. But, again, this is because the beer has been sitting for too long and is no longer fresh.

If you’re still unsure, try pouring a glass of beer from the keg. If it takes a long time to pour or has little to no head on the beer, these are both signs that the beer is no longer fresh.

The size of your keg will depend on how much beer you want to serve at your event. For example, if you are hosting a large party with dozens of guests, you might want to opt for a full barrel or half barrel keg.

On the other hand, if you are hosting an intimate gathering for just a few people, a quarter barrel or sixth barrel may be more appropriate.

– How Many Beers Are in a Half Barrel Keg?

A half barrel keg contains about 165 12-ounce beers. The number of beers in a keg varies depending on the size and type of keg. For example, a full barrel keg has about 180 beers while a quarter barrel has about 90 beers.

Their volume in gallons typically measures keg barrels, so it is important to check the size and type of keg before calculating how many beers are in a keg. Regardless of the size or type of keg, keeping your beer fresh by regularly checking for off-putting smells and discoloration is important.

Whether you are looking to host a large party or an intimate gathering, a keg can be a great way to serve beer at your event. It is more convenient than having to constantly refill glass bottles or cans, but it also allows you to save money and ensure that everyone has plenty of beer to enjoy. 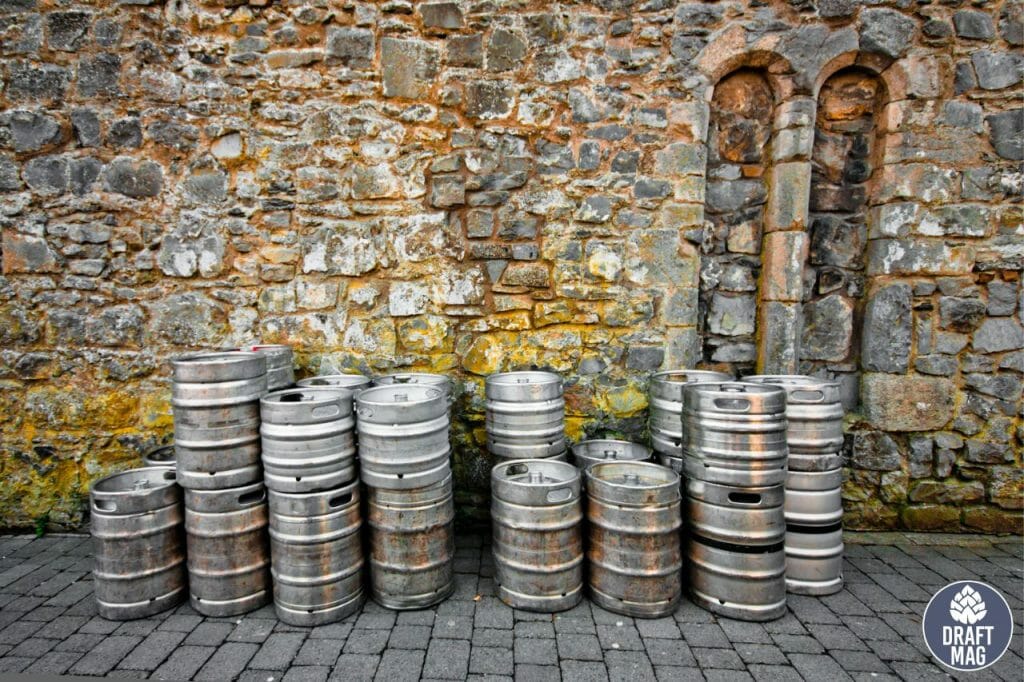 A keg can last for several months with proper storage and care, making it a great option for those who want to have beer on tap all year round. Just clean your fridge regularly and store the keg in a cool, dark place to keep it fresh for as long as possible.