How long does ginger beer last is a controversial question thanks to its ever-growing popularity as a delicious carbonated ginger-flavored drink. While there is no simple answer to the question, ginger beer usually does not expire but can surely degrade in quality over time. 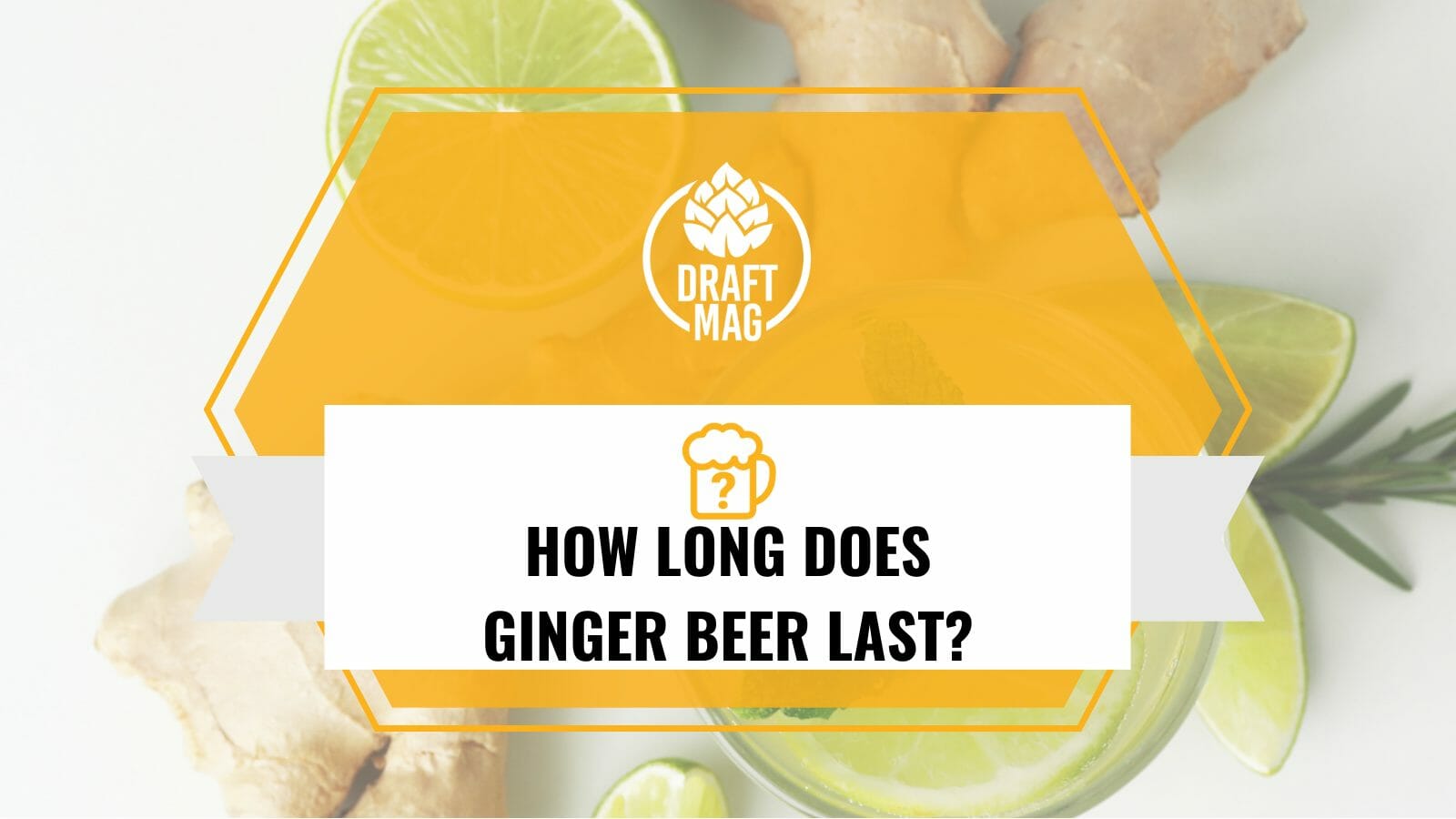 If you are a lover of ginger beer and can’t understand whether to stock up on it or not, sit tight because we will tell you exactly why you should or should not.

How Long Does Ginger Beer Last?

A can of unopened ginger beer has a shelf life of around nine months, provided that it is kept in a cool and dry place away from direct sunlight. If your can of ginger beer has been opened, it will last around four days when kept in the refrigerator.

Ginger Beer, which has its roots in England and is fashioned after the traditional drink of the same name, has become hugely popular and gained a steady fan base in the USA. This spicy-tasting ginger drink’s growing popularity can be attributed to it forming an excellent base for popular alcoholic drinks like Moscow Mule, Sangria, and Dark n’ Stormy, to name a few.

With its increasing popularity, people are often found asking questions regarding the expiration or lasting time of ginger beer. As mentioned earlier, it would not be correct to say that Ginger Beer has an expiration date. Instead, it is best to mention that with the right storage conditions, Ginger Beer retains its fine quality and taste, which degrades otherwise, thereby losing its quality and original taste.

How Do You Store Ginger Beer To Make It Last?

Ginger Beers often taste the best when stored in a cool and dry place, away from direct light and heat. Here are some more tips to keep your ginger beer in best condition. 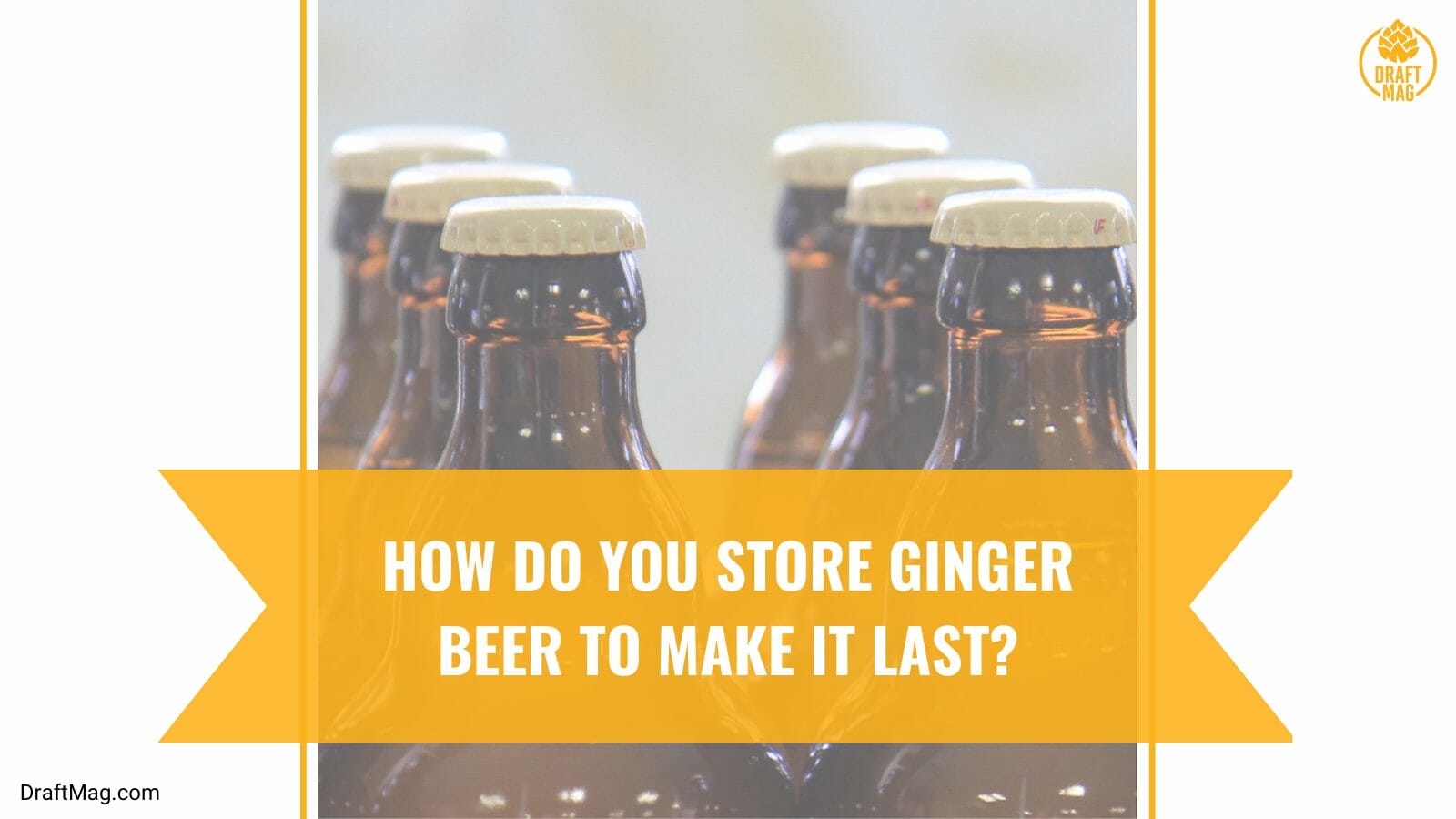 The important thing to remember is that frequently changing the temperature conditions during the storage process of ginger beer can take a toll on its taste, which needs to be preserved to truly enjoy the beverage.

For home brewers, the most crucial thing to remember is to squeeze the caps tight once fermentation is complete. Since light and heat act as degrading factors, storing the ginger beers in a cool and dark place for a week, away from direct heat and light, is ideal. You know your ginger beer is ready when the caps need a strong squeeze to open.

Home brewing of ginger ale imparts a bit of alcohol into the drink, which is unavoidable. The best way to keep the alcohol level to a minimum is by refrigerating ginger beer. When kept in higher temperatures and for prolonged periods of time, the alcohol percentage increases.

How Do You Know if Ginger Beer Is Expired?

Ginger beer has a characteristic taste and the first indication of a so-called expired bottle of ginger beer is a stale and flat taste that tastes quite different from that of freshly opened ginger beer.

Ginger beer does not usually expire but declines in quality if left open in unfavorable conditions over a long period of time. The quality of ginger beer stays intact when stored and sealed in proper conditions for a period of nine months, after which the quality begins to decline gradually. 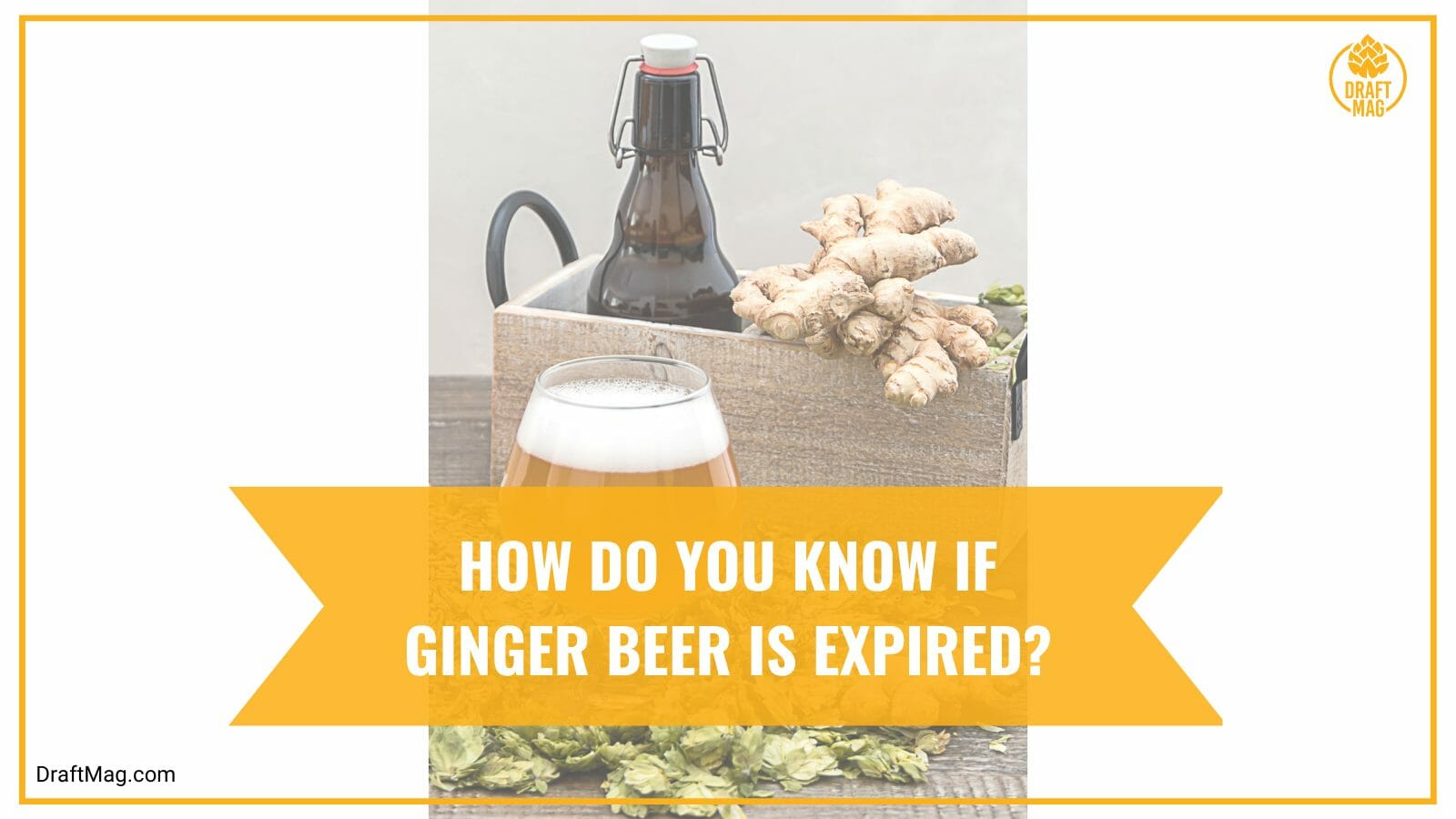 Though it is possible to drink ginger beer after the expiration date, it is important to remember that it is, in fact, a perishable item. A perishable item like ginger beer is heavily impacted in quality by conditions that include light, heat, oxygen, etc. These, over time, degrade its quality, making it taste flat and stale. In other words, drinking stale ginger beer, though not harmful, gives you no enjoyment.

How To Use Expired Ginger Beer

You can still use expired ginger beer to clean furniture, get rid of carpet stains, or use it in cooking recipes. So if you have an expired can of forgotten ginger beer lying around, you don’t need to throw it away.

Ginger Beer loses its quality over time, giving rise to a predominantly flat and stale taste that is not at all enjoyable. Thus, if you have a can of ginger beer that is way past its expiration date, do not worry as there are numerous ways in which you can still use it.

Some ways you can use expired ginger beer include:

What Are the Factors Influencing the Shelf Life of Ginger Beer?

Usually, the quality of commercially available ginger beers sold in cans and bottles, like the Bundaberg ginger beer, stays intact if unopened and stored properly for nine months and is quite safe to drink. In some cases, ginger beer bottles or cans can also be used after the said time, in which case it is possible to observe degradation in quality and taste. Once opened, like any other carbonated beverage, it is best to consume ginger beer within a week at the most and within four days in ideal conditions. 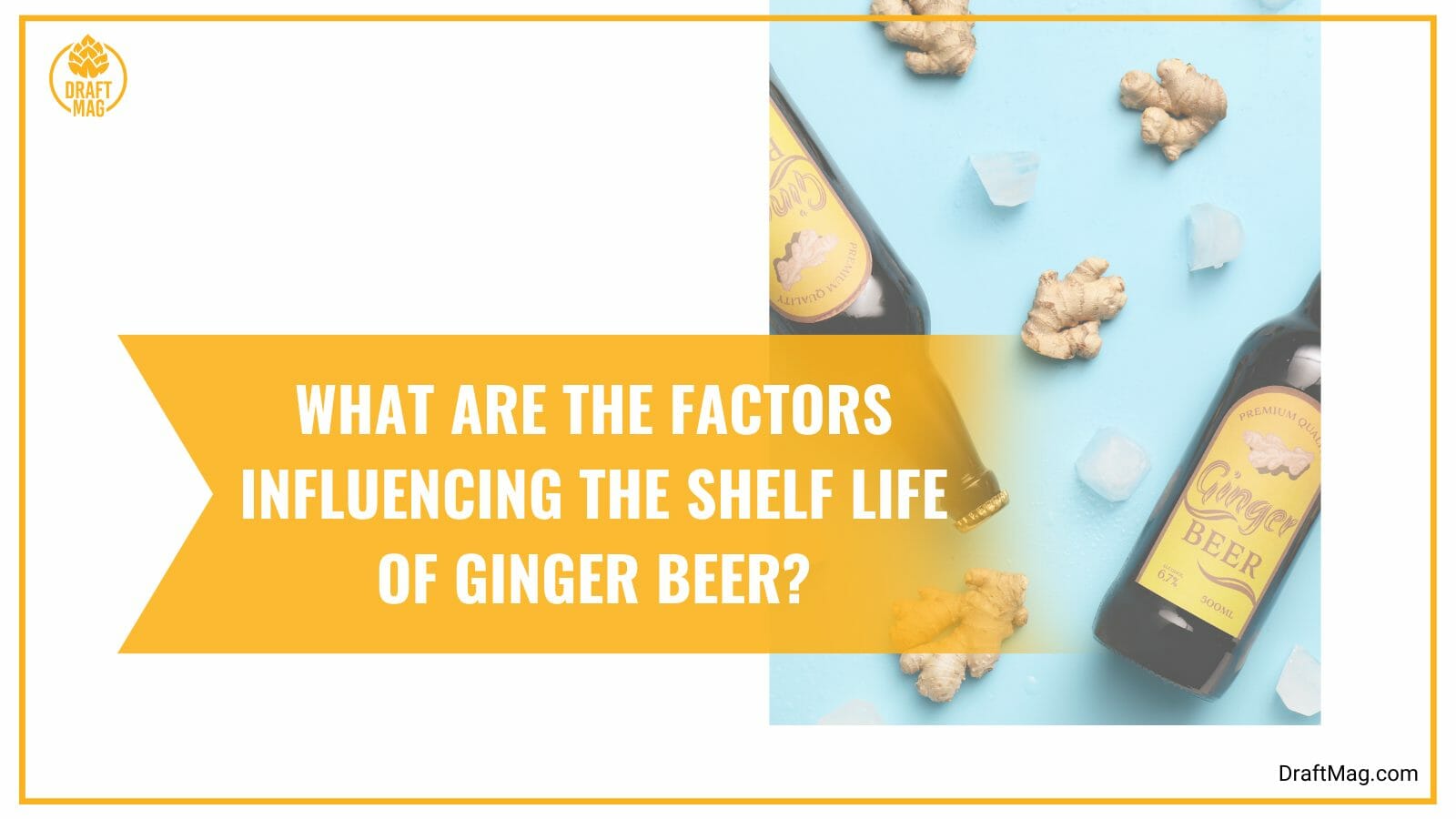 Also, it is important to store opened ginger beers in a refrigerator to provide them with cold temperatures to help in their preservation. For avid ginger beer drinkers who love to ferment their own homemade ginger beer, it is best to consume the beverage within eight weeks, provided the container is sealed. For the homemade ginger beer bottles that are opened, drink those up within seven days to keep the ginger beer good.

Thus, to answer the question of how long does ginger beer last, it is best to state that it lasts for a good nine months when the seal is kept intact and the conditions of proper storage is maintained. The main takeaways from the article are:

So the next time you buy ginger beer, make sure to store it well and consume it within the mentioned time. It is then that the drink will be the most enjoyable.