If you find yourself asking “Is Twisted Tea a beer?” then you’re not alone in being confused with this beverage. Twisted Tea is gradually taking over the alcohol market as more people sign on to the sweet refreshing alcoholic beverage. 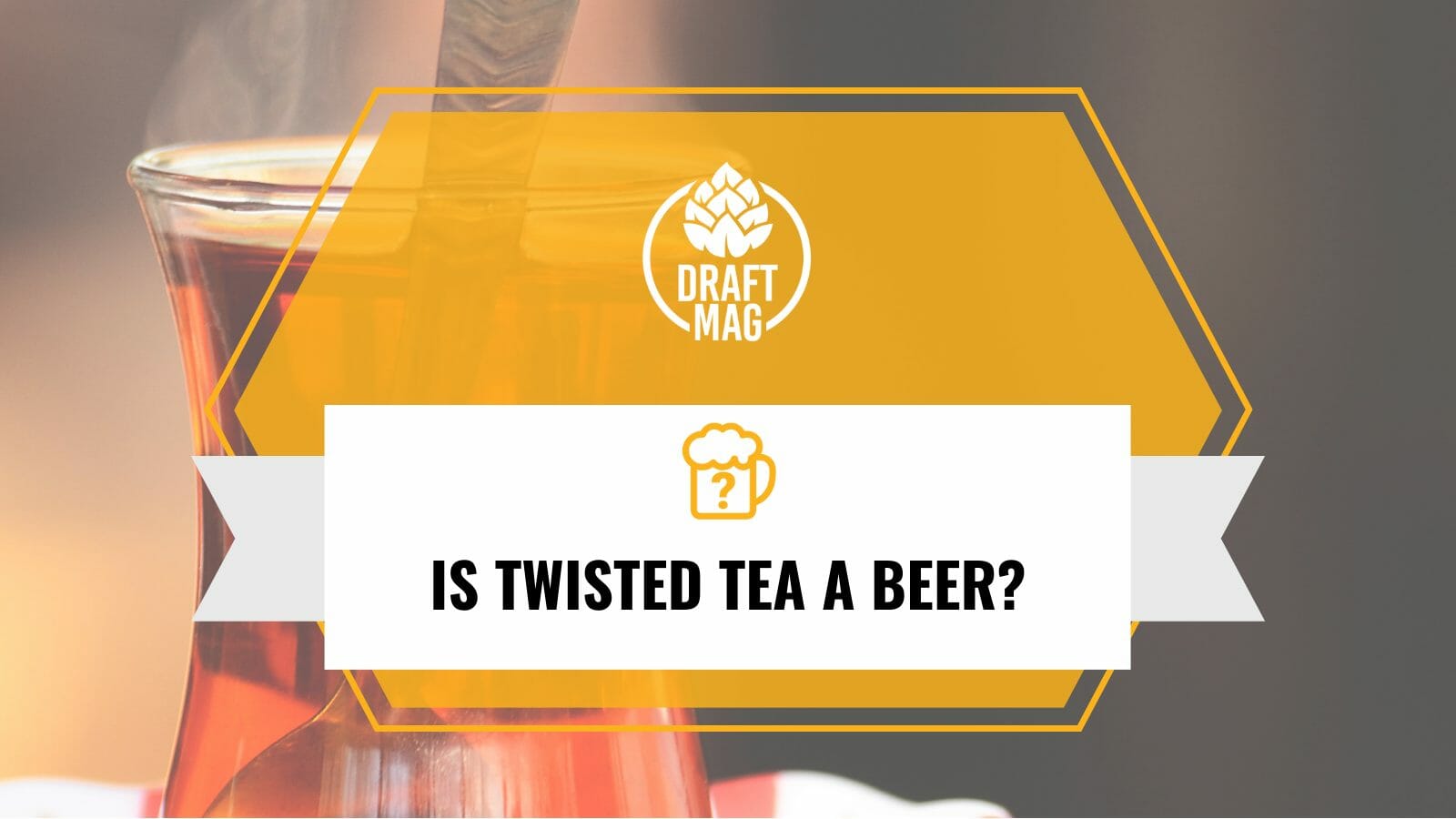 The name could be deceiving for teetotalers due to the presence of the word “tea,” however, its packaging and alcohol content resembles a beer. Keep on reading to find out what kind of beverage Twisted Tea is and other intriguing facts about this refreshing drink.

Is Twisted Tea Also a Beer?

Twisted Tea is not a beer but instead falls under the malt beverage category. Unlike beers, it has no carbonation, hops, froth or liquor. The alcohol present in Twisted Tea is derived from the malts used in brewing it. Twisted Tea is brewed from black tea with a lemon twist.

What Are the Differences Between Twisted Tea and Beer?

The main difference between these two drinks is that Twisted Tea is a sweet drink made from real tea and has little to no bitterness while beer has a typical acidic taste that can be bitter to some people.

Twisted Tea is a sweet beverage that is made from real tea and has little to no bitterness. On the other hand, beer has a typical acidic taste that can be repulsive to some. 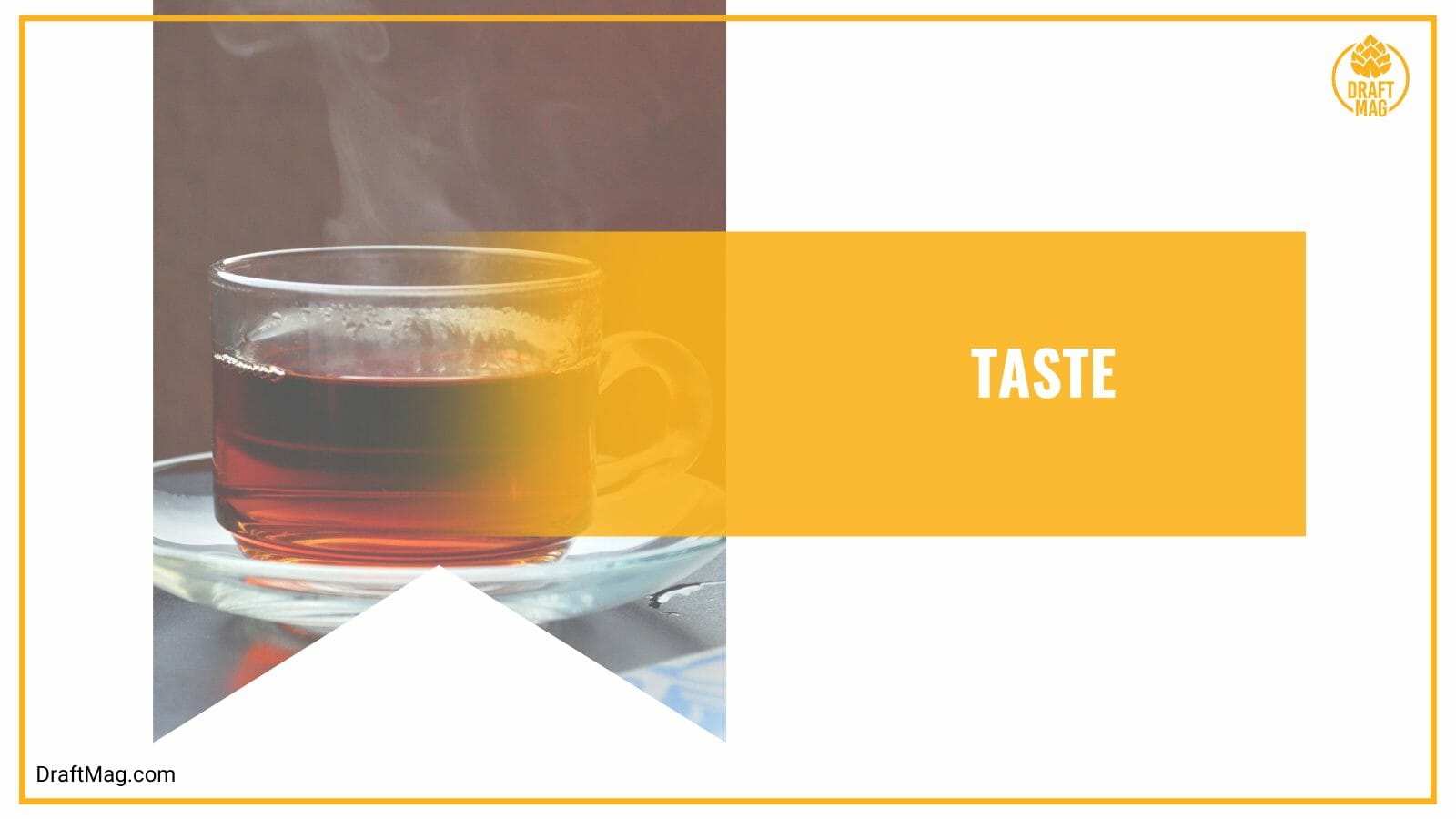 Take note that not all beers are bitter (an example is rice beers), however, those are few and far between compared to the traditional suds known for their bitterness. The main reason for the beer’s acidic flavor is the presence of hops — an ingredient that is absent in Twisted Tea.

Another difference is in pricing; Twisted Tea is pricey compared to beers. Though some ales are expensive, a lot of them are way cheaper compared to the Twisted Tea brand. For example, an average 12-pack of beer may cost between $7 and $12 depending on the brand while a 12-pack of Twisted Tea may go for $16.

Brewers of Twisted Tea make use of natural tea leaves, malt base from beer, and natural flavors. 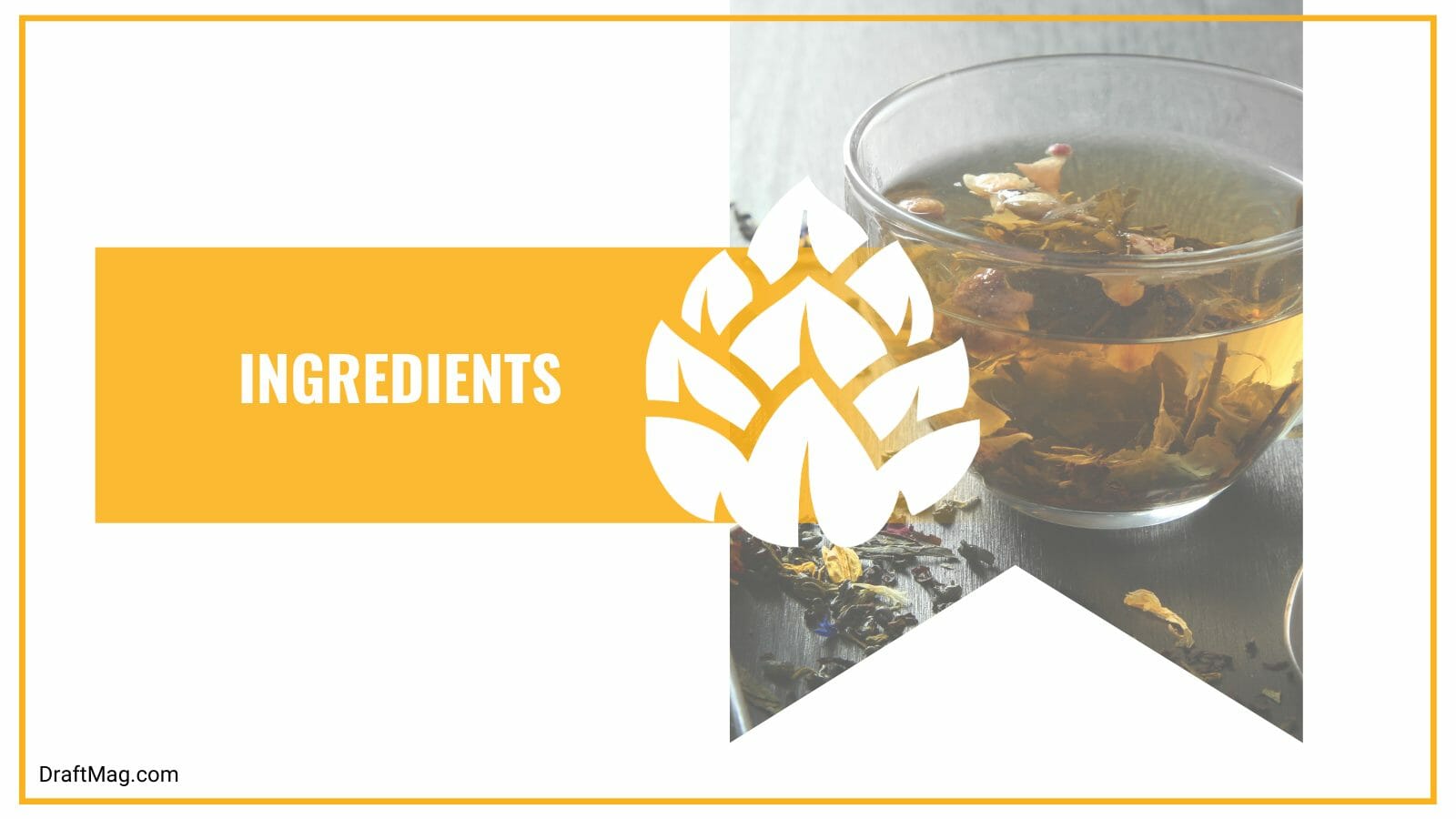 On the other hand, beer is crafted with malted barley, yeast and water with some companies adding artificial flavors. Due to the use of the malt base from beer, some people consider Twisted Tea as beer.

Beer has a higher alcohol percentage than Twisted Tea. The ABV range for beer is between 0.0 to 7 percent with a few exceeding that. However, Twisted Tea has an ABV of only 4 percent.

What Are the Similarities Between Twisted Tea and Beer?

Aside from their similar packaging, both Twisted Tea and beer are made using malted barley, which produces alcohol in the brewing process.

Later, the tea, caffeine and other flavors are added to complete the brewing process. There is no liquor in Twisted Tea, but it makes a perfect base for adding other liquors and mixing them into a drink.

Another similarity is the packaging. Twisted Tea Party Pack variety comes in recyclable 12 oz and 24 oz cans that are arranged in a pack of six or more, similar to how some beers are packaged. Without reading the labeling, one may mistake a pack of tea for beer, but fortunately they won’t be disappointed.

What Are the ABVs of Twisted Tea Flavors?

All Twisted Tea flavors contain around 4 to 5 percent ABV. Initially, Twisted Tea had one flavor, but to compete with other alcoholic drinks and to satisfy their ever-widening customer base, they eventually came up with other flavors.

The original Twisted Tea hard iced tea is brewed from real black tea with a natural lemon flavor. It has a lemon-forward aroma and taste as the name suggests. 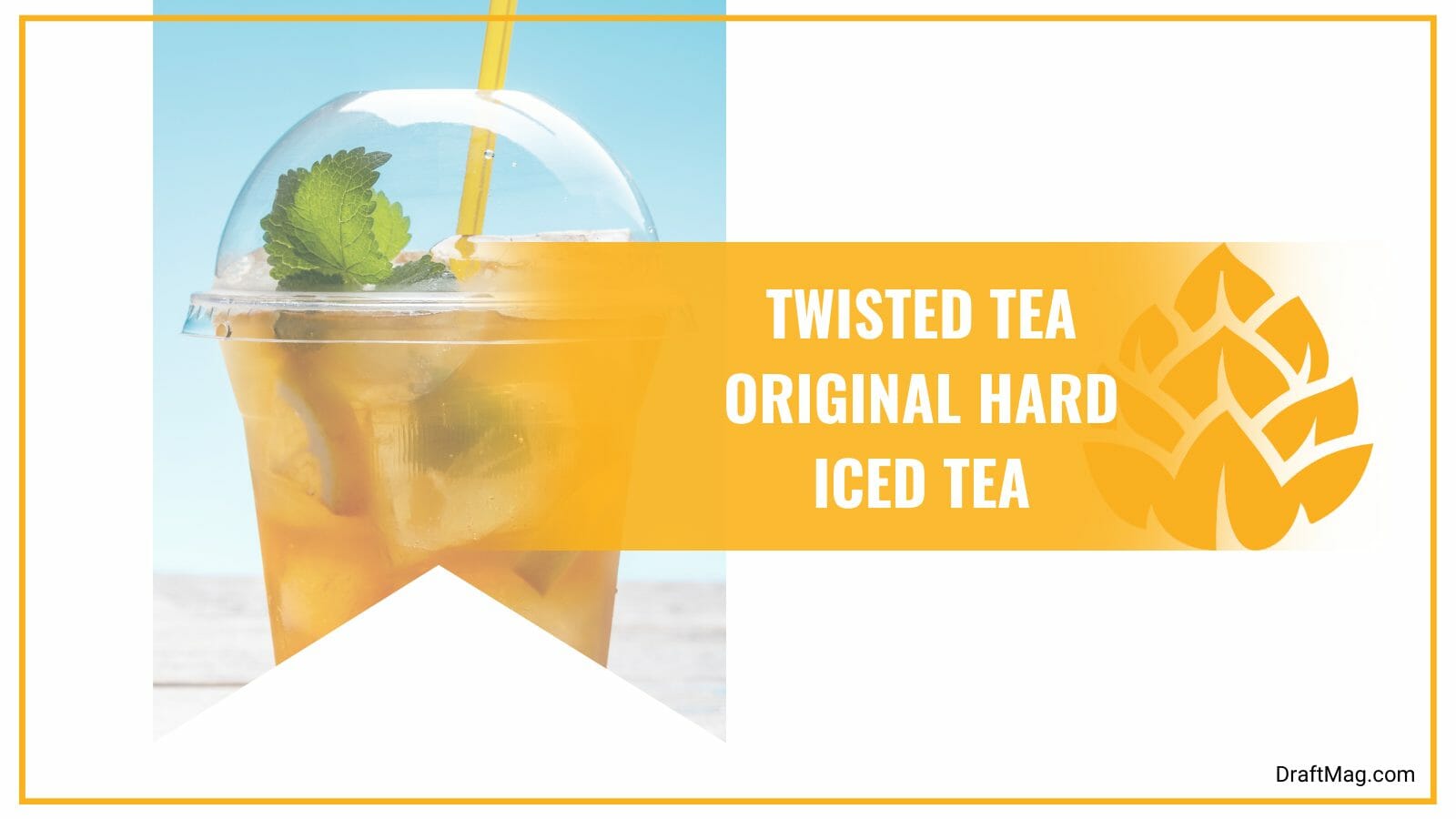 Also called “Twea,” it is smooth and refreshing, perfect for a sunny afternoon day with your pals. This flavor contains 5 percent alcohol.

Twisted Tea Half Half hard iced tea is a southern-style iced tea that features bursts of lemonade flavors. It derives its name from mixing natural black tea with lemonade flavors and a touch of alcohol. The Half & Half is for lovers of lemonade who want an extra kick. This flavor also has 5 percent ABV.

According to the Boston Beer Company, owners of Twisted Tea, the Sweet Cherry Lime is made in honor of the hometown baseball team. 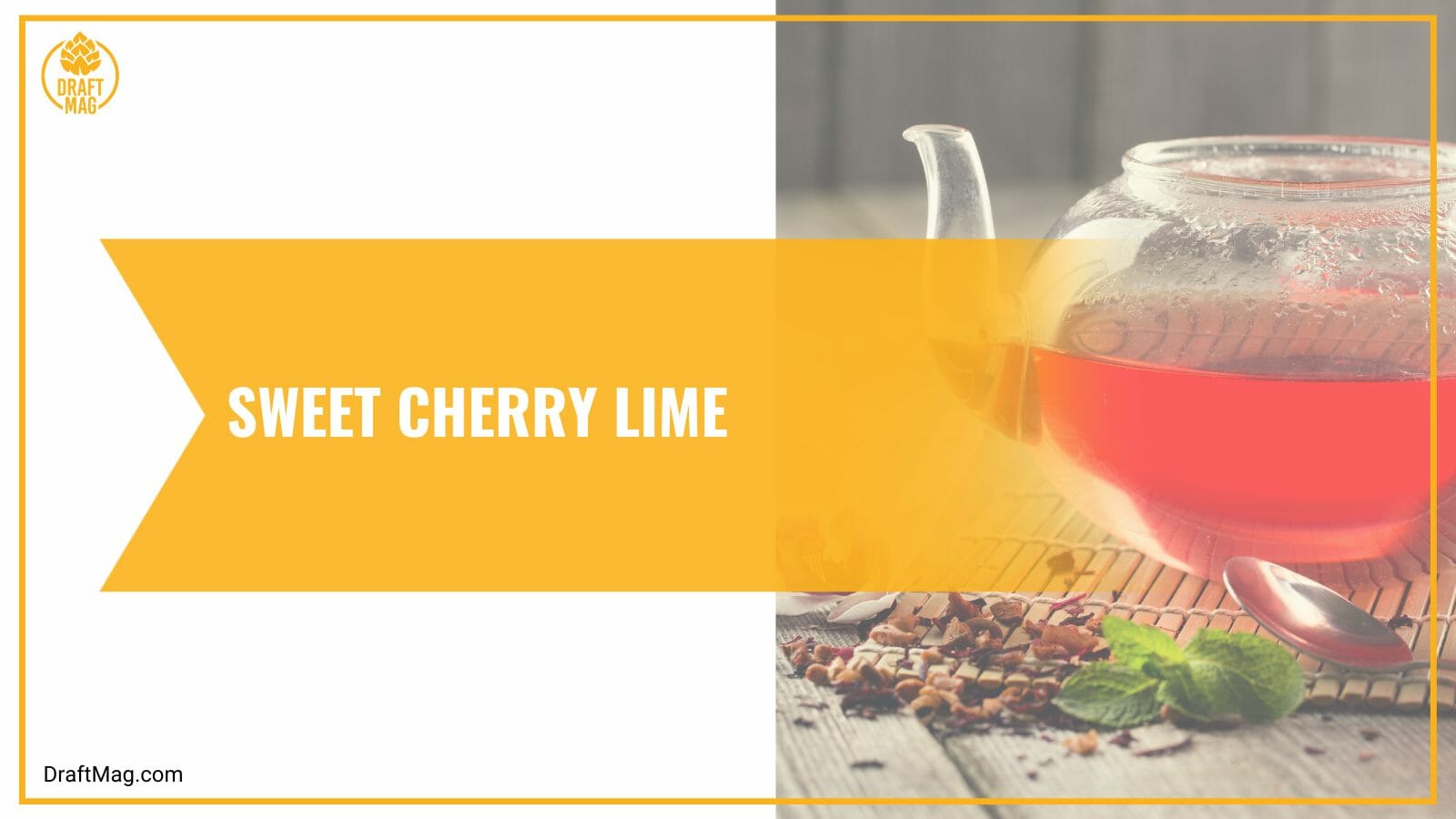 It balances the sweetness with a little bit of acidity and is a perfect acquaintance at sporting events. With 5 percent ABV, it is a great drink to have while watching the game with friends.

This hard-iced tea with a touch of blueberry reminds us of the blueberry pancakes of the 80s and the 90s. It makes for a great breakfast drink, though you’ll have to be wary of the ABV as you may not want to start your day on a tipsy note. Overall, the blueberry is a great way to start the party or the weekend. It has an ABV of 5 percent.

This is the same flavor as the original version with the difference being in the texture and calories. 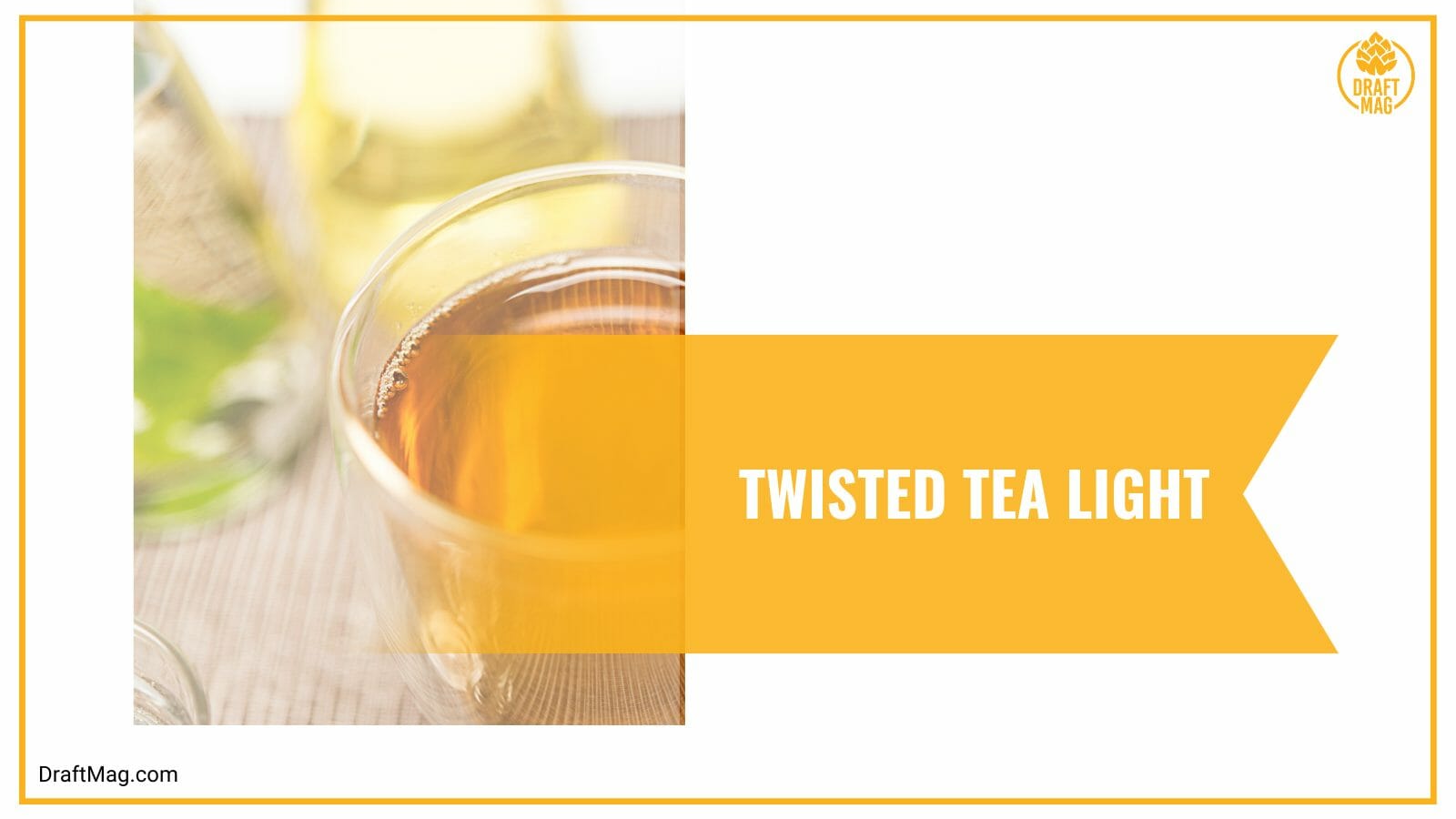 The calories in the light version are fewer than those in the original, thus the health-conscious individuals are not left out of the equation. This beverage has an ABV of 4 percent.

As you might have guessed by now, the peach variant combines peach flavors with traditional Twisted Tea. It boasts of 5 percent ABV and gives off a natural peach aroma with a bright amber color similar to a pale ale. It comes in 6 packs of 12 oz cans for easy transportation.

The mango-flavored Twisted Tea is made to keep the body warm during the cold months of winter. The delicious tea has a sweet and refreshing taste that lingers once it is downed. 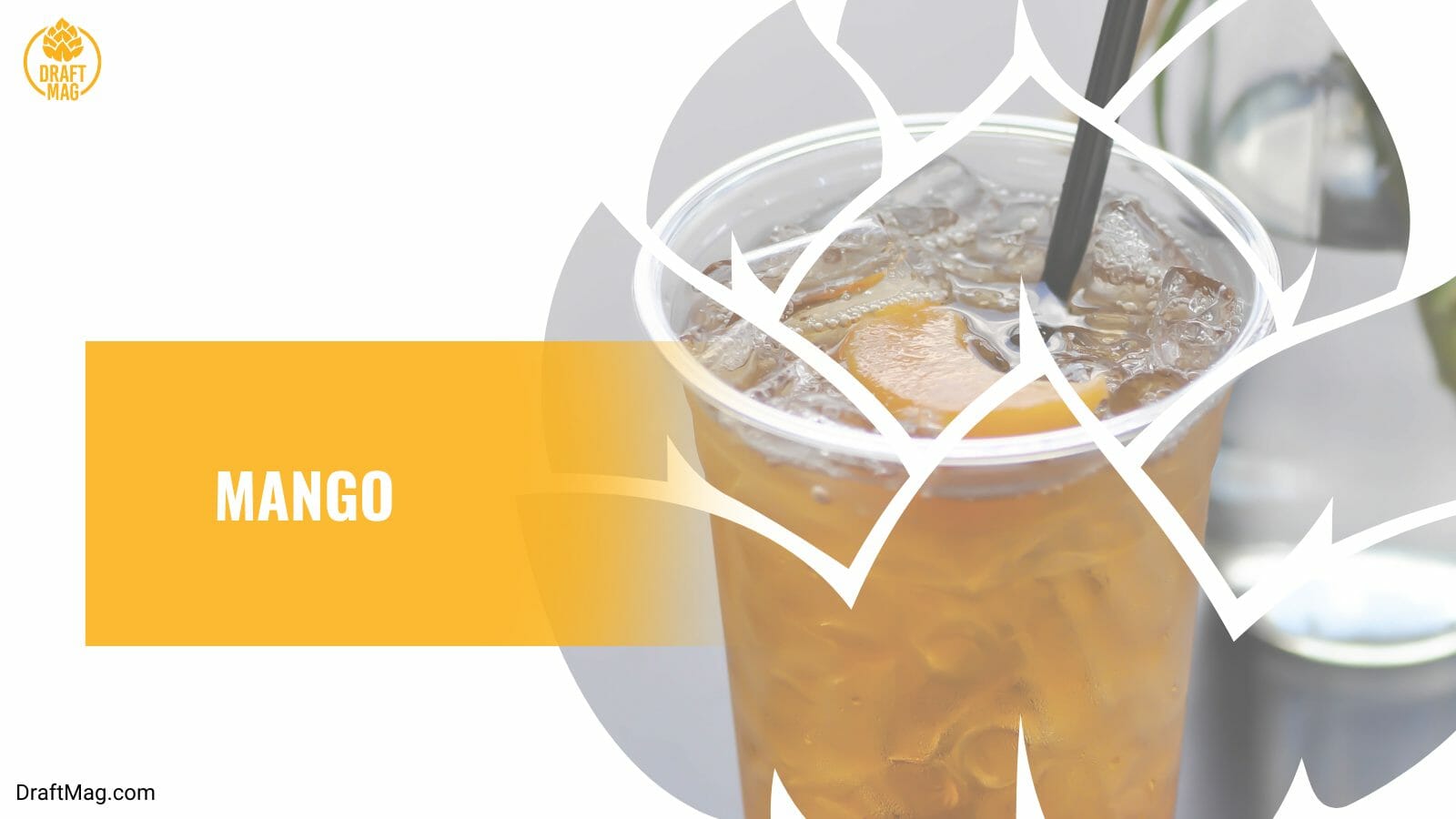 It has a crisp feel and a semi-dry finish that’ll leave its patrons wanting more. With its 5 percent ABV, this is a perfect winter nightcap.

With an ABV of 5 percent, the raspberry flavor gives a delicious aroma that fills the atmosphere. The beverage delights the tastebuds with its triple-filtered alcohol and wraps perfectly around the tongue. This is a great thirst quencher during the summer.

The blackberry is for drinkers who don’t fancy raspberries but are intrigued by the flavor of blackberries. 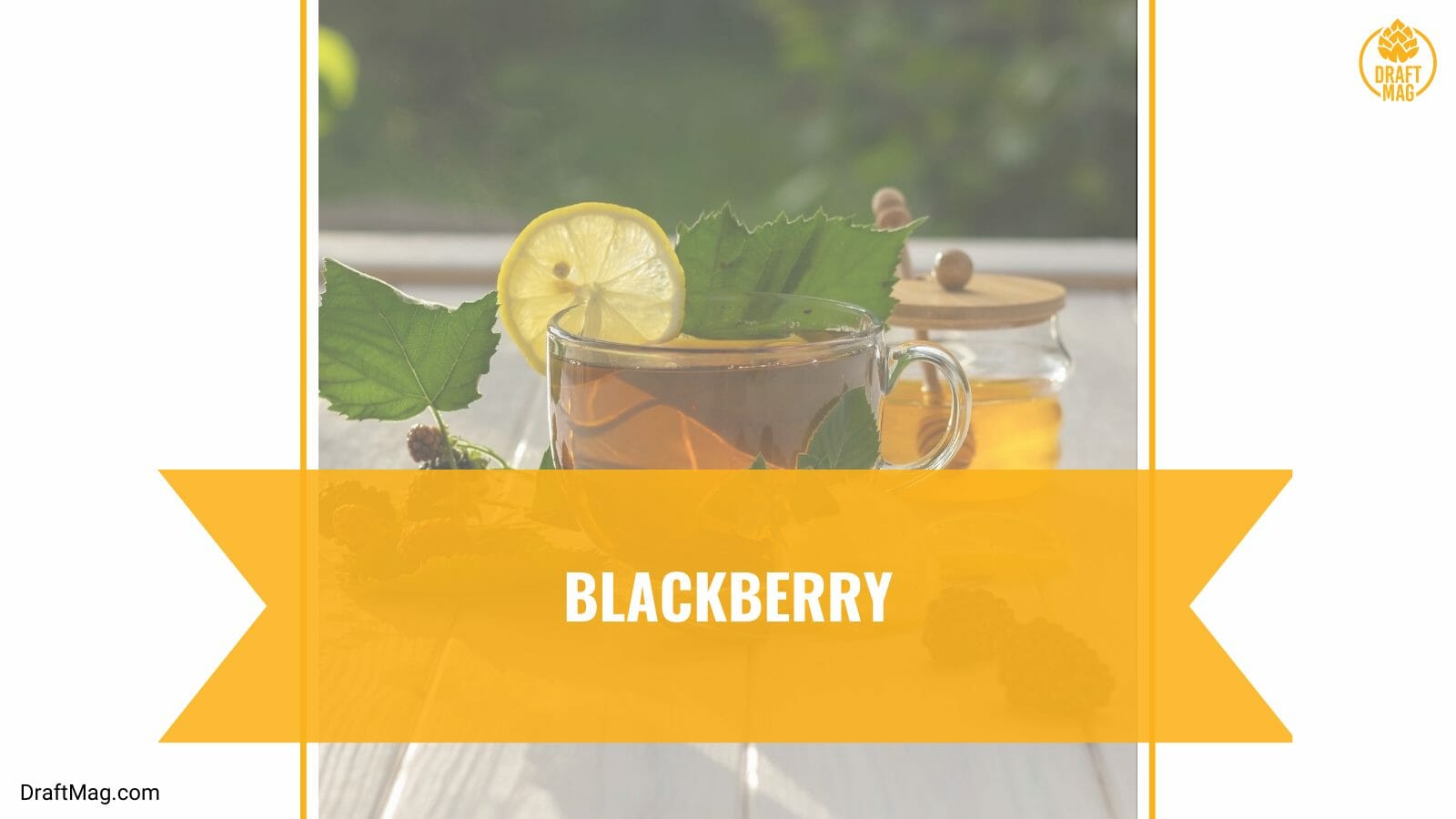 The blackberry is great for an evening of relaxation and reminiscing. With an average rating of 3.5 on review sites and a 5 percent ABV, it is one of the most drinkable flavors of the Twisted Tea brand.

Which Is Healthier: Twisted Tea or Beer?

Calorie-wise, beer appears to be a healthier choice because beer calories are 140 in a 12 oz can, which is way better than the 194 calories found in 12 oz of Twisted Tea. Also, due to its artificial sweeteners, caffeine and excess sugar, Twisted Tea is an overall unhealthy choice compared to beer.

Comparing Twisted Tea alcohol content vs beer, Twisted Tea has a lower alcoholic volume than beer, thus it is easier to get drunk on beer than on the tea.

Yes, the beverage has a great flavor and taste with low alcohol. However, Twisted Tea is not gluten-free due to the presence of malt in the brewing process. For gluten-free alcoholic beverages, consider liquors, wines and hard seltzers instead.

Twisted Tea is an alcoholic beverage possessing an ABV of 5 percent, except for its light version which has a 4 percent ABV.

No, Twisted Tea is not Whiskey, but the brewery company has released a Whiskey version of the popular Twisted Tea called Twisted Tea Sweet Tea Whiskey. This is to target Whiskey fans who would want to enjoy the good world of hard iced tea and whiskey.

– Will I Get Drunk on One Twisted Tea Can

Getting inebriated on one 12 oz or 24 oz Twisted Tea can is unlikely since its alcohol content is low. However, since getting drunk depends on various factors such as weight, gender, ethnicity, etc, one may get boozy on just one can, although it will be extremely rare.

– How Did Twisted Tea Get Its Name?

The beverage was first produced in 2000 under the name BoDean’s Twisted Tea, but an indie rock band that went by the same name filed a suit against the brewery, so the company had no choice but to cease using BoDean’s and only maintain Twisted Tea.

As mentioned earlier, the name is derived from the lemon flavor that is added to the hard iced tea.

We’ve been considering whether Twisted Tea is a beer and what category of alcoholic beverages it falls under.  Here is a summary of all that we’ve read so far:

Initially, the beverage was known as BoDean’s Twisted Tea, but they got sued by a rock band with the same name, forcing the Twisted Tea Brewing Company to change the name. Twisted Tea is available in bright yellow 12 oz and 24 oz cans packaged in packs of 6 and above.