Nitrogen beer pour is one of the latest fads to hit the beer world in modern times. Essentially, this technique mixes pressurized Nitrogen beer gas to your favorite brew to up its appearance, flavor, and feel. 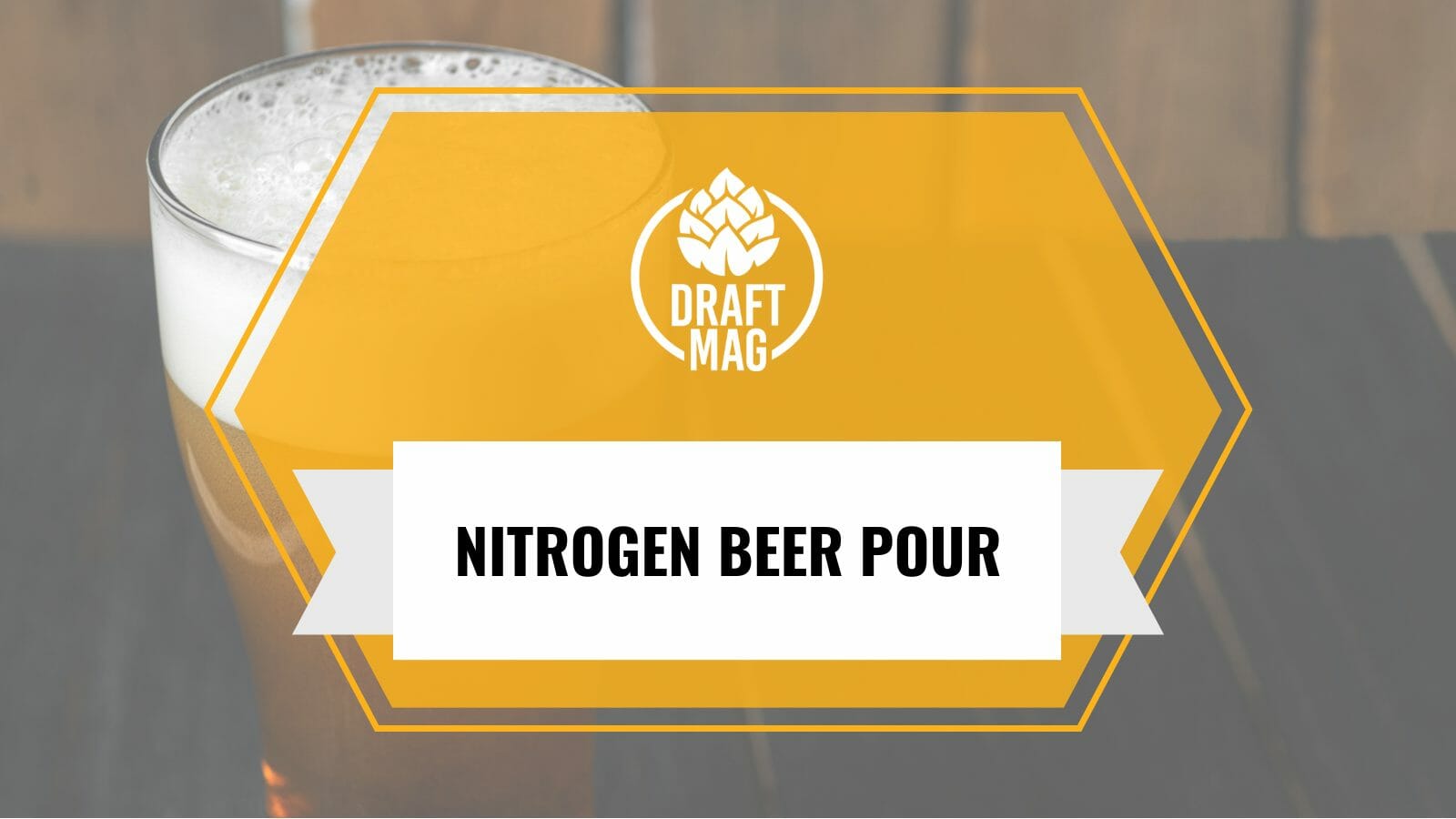 What Is the Nitrogen Beer Pour All About?

Nitrogen beer pour is a technique used to infuse pressurized Nitrogen gas into a beer. Adding this makes the beer feel smooth and creamy, and it adds a classic foamy head to the beer that ups the aesthetic quotient by finishing the process of pouring slowly in a cascading manner.

Originally popularized by Guinness, nitrogen beer pour is gaining strong popularity owing to the ubiquity of craft beer centers. Nitro beers like Guinness are instantly recognizable by their sizeable “heads,” which form as the Nitrogen is insoluble in liquids.

Most breweries using nitrogen beer pour use a mixture of gases – 75 percent Nitrogen and 25 percent Carbon dioxide. Nitrogenated beers have a distinctive smooth mouthfeel and flavor perception. This process effectively and evenly distributes the complete flavors associated with malt-heavy beers like Porters and Stouts.

Setting up Your Nitrogen Beer Pour

The first step is to check the regular kegging system and ensure they are at optimal temperature, running smoothly and has satisfactory overall maintenance standards. 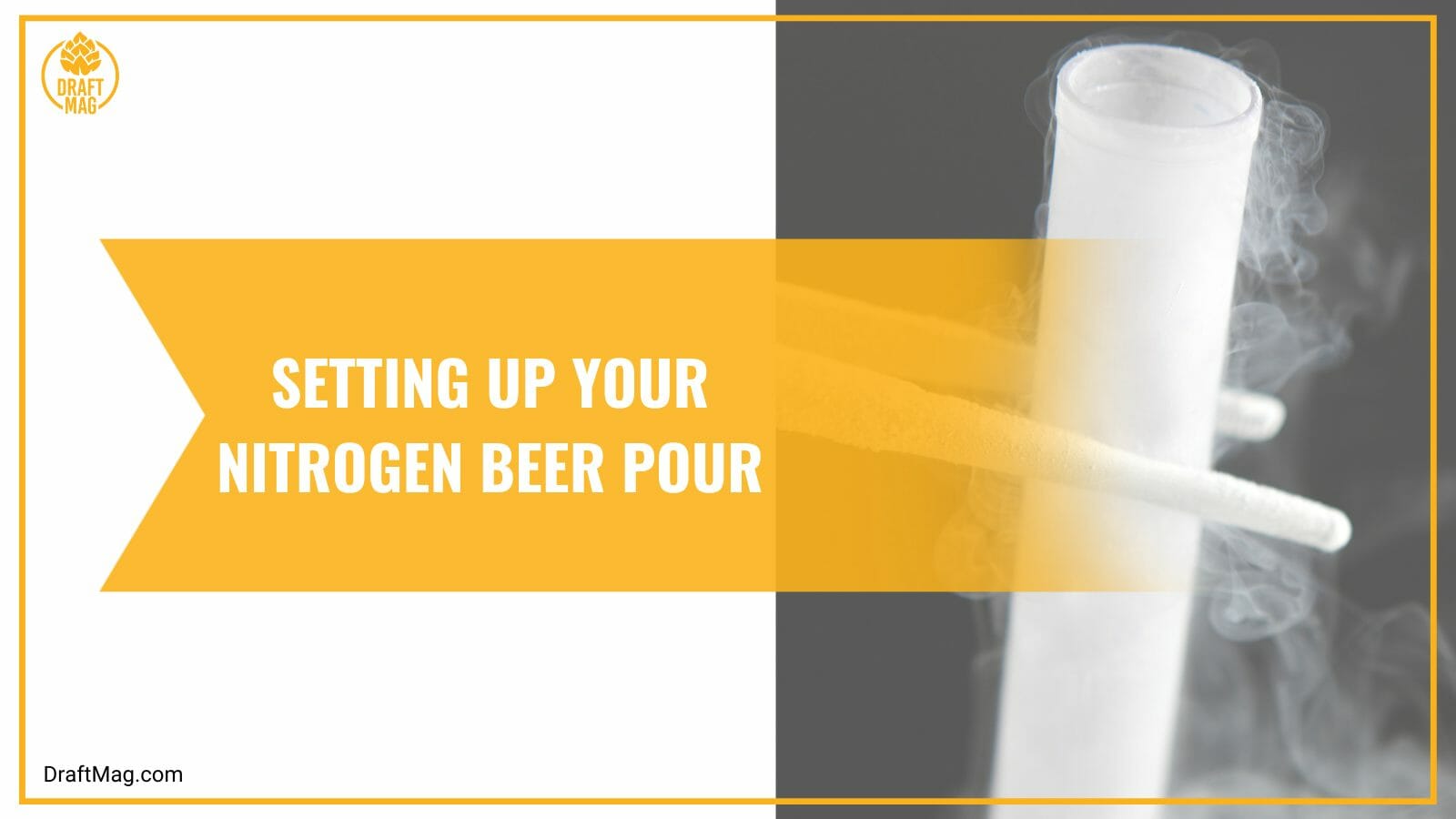 You will need the following equipment to set up a system that serves well-nitrogenated beer:

Nitrogen cylinders are purpose-built to handle high pressures associated with Nitrogen. As most local gas suppliers only exchange empty cylinders, speaking to them beforehand can help. Keep in mind that nitrogen cylinders should always be stored and used in an upright position.

A nitrogen faucet is the secret behind the signature cascading head that forms over nitro beers as they are poured. It is also known as a creamer or a stout faucet. 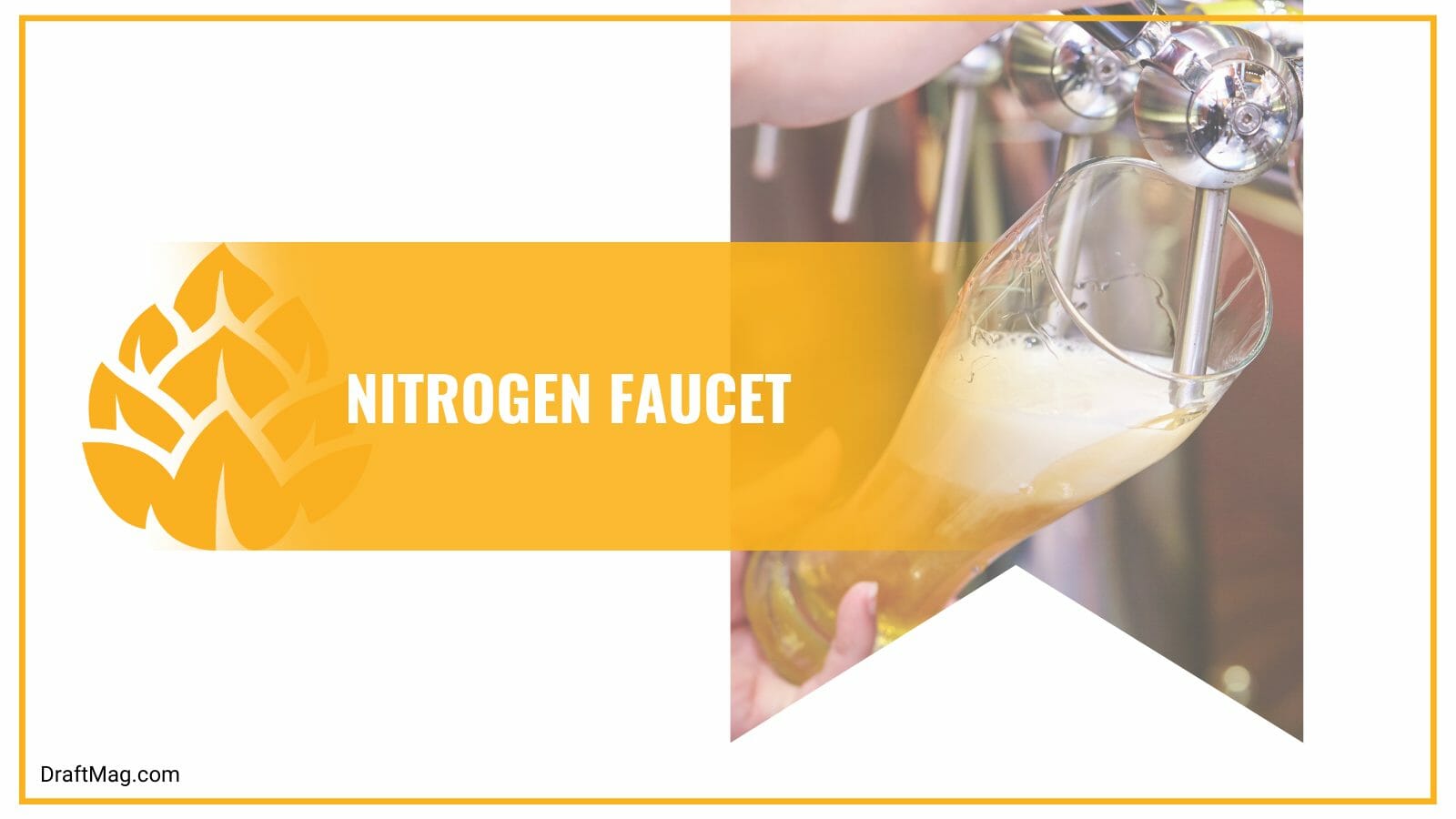 These work best at a serving pressure between 30 and 35 psi and functions by forcing the brew through tiny holes in a small internal plate.

Like the nitrogen cylinders, a nitrogen regulator is also built to withstand higher pressure levels. However, you must note that the regulator uses a different connection type than the standard carbon dioxide setup, thus fashioning a different fitting technique.

To get up and running, you will need the following once your setup is completed:

So you have the setup equipment and the ingredients in place, but what about the actual pouring process? Does that make a difference? Well, we can state with absolute certainty that it does. 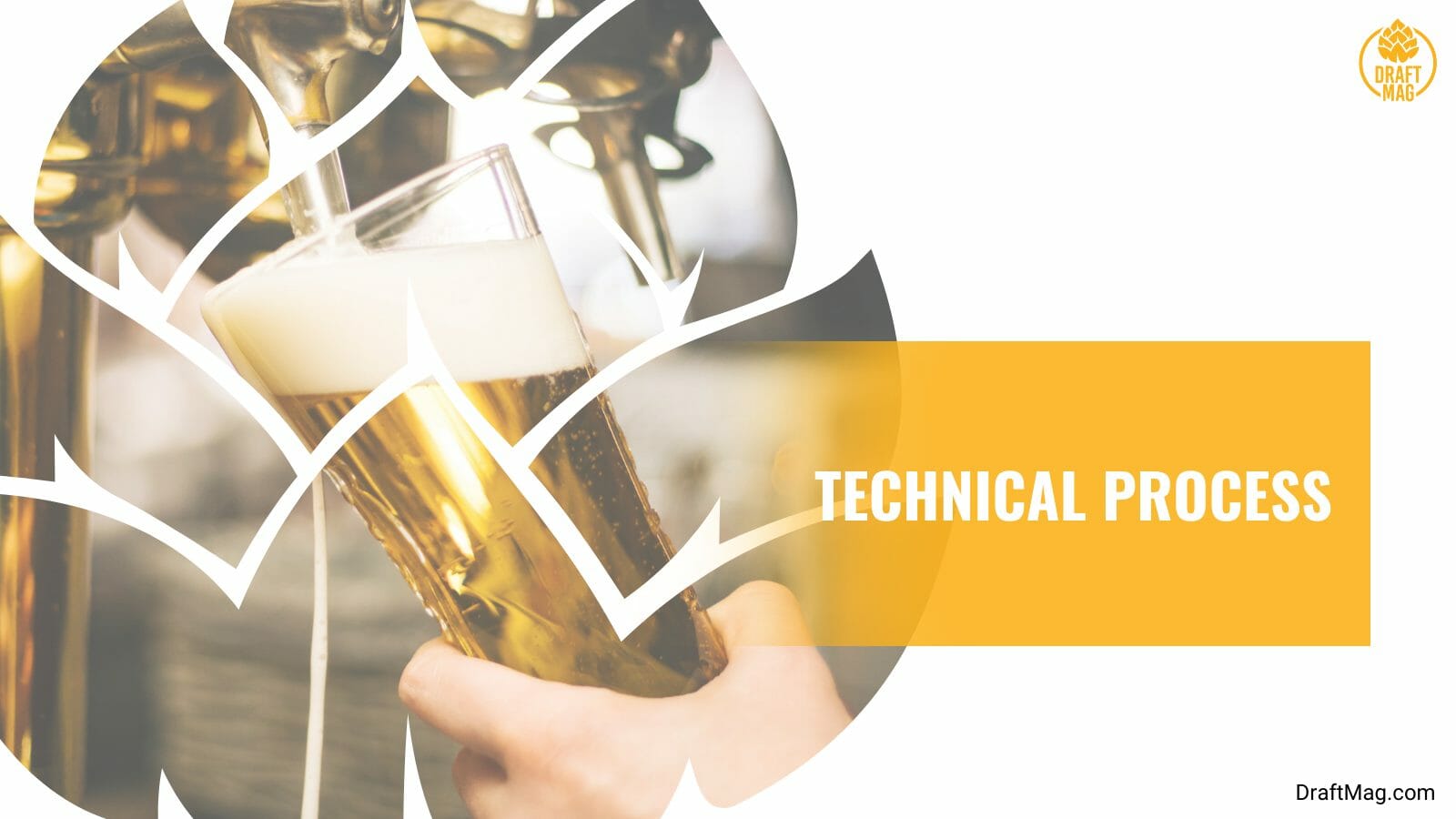 So here’s the step-by-step procedure you can follow for best results:

Hard pouring of nitro beer is the continuous pouring of either bottled or kegged nitro beer in a glass by holding the container at a 180-degree angle to the glass. This pouring style creates the cascading effect nitro beers are known for. This also reportedly improves the taste and mouthfeel of the nitro beer.

It can be quite challenging yet equally rewarding to master the setup, ingredients and process for nitrogen beer pour. However, certain challenges may spring up at times, including a lack of cascading, which happens due to the setup’s chronically low serving pressure. To address this, start with a relatively lower dispensing pressure, like 25 psi. You can then increase it gradually until you feel you have the right results. 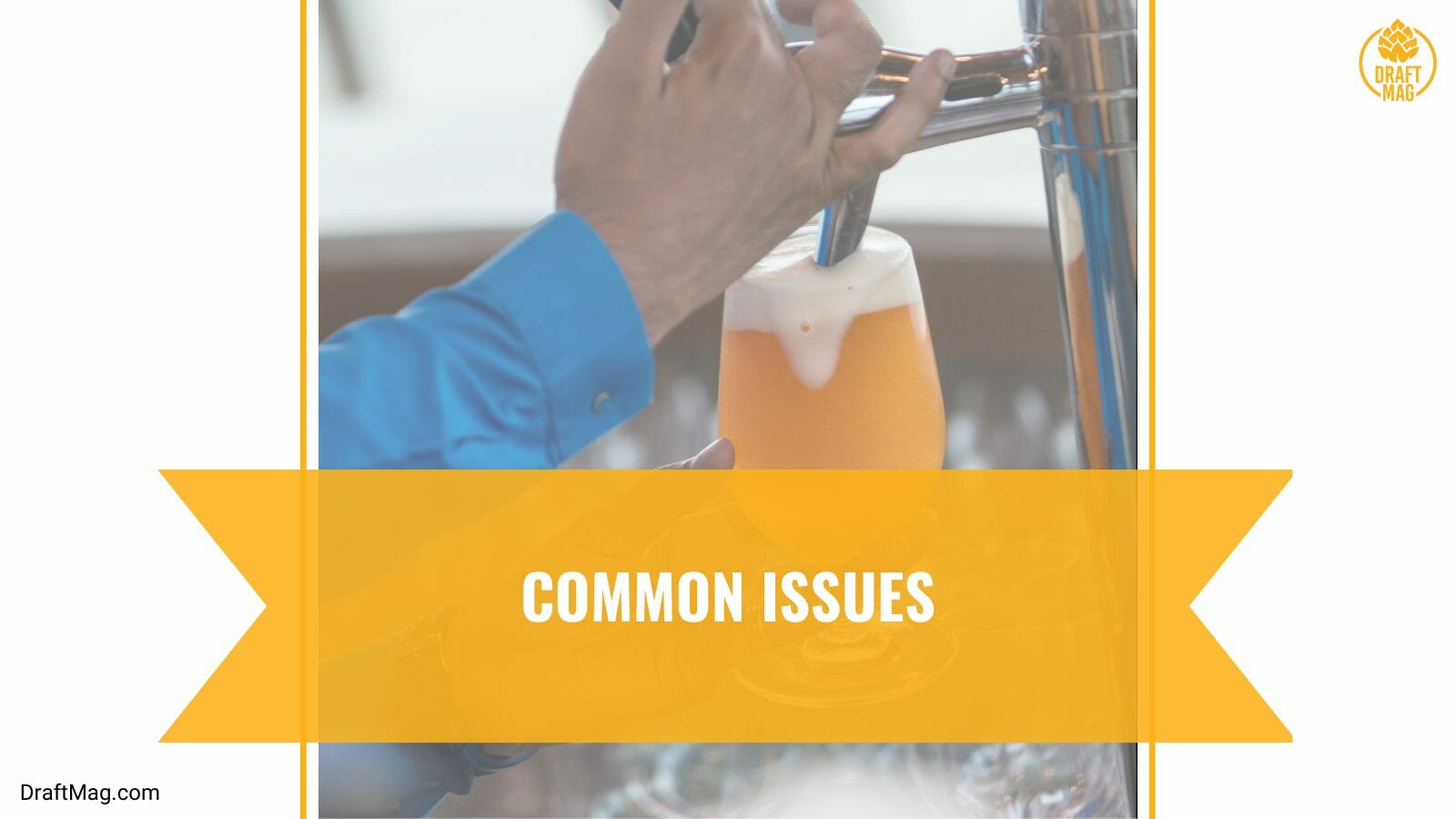 If you notice that the lines are spitting a much higher foam volume, your beer is likely over-carbonated. Again, this happens due to a pressure variance. You must adopt a trial and error method of resetting the pressure and testing the flow. Doing these enough times will ultimately get you the right balance.

Even though the famed Irish brewery Guinness is credited with first popularizing nitrogen beer pour, the experiments were commenced by Chart breweries in the 80s. This was before Guinness and other modern applications that increased the popularity of nitrogen beer pour across craft breweries.

Traditionally, brewpubs across Europe served beer directly from casks and on draught. The manual way of pushing out the cask ale rendered it a smooth and full texture that went flat quickly. Even though the method gained immense popularity, it could not be spread far and wide as avoiding carbon dioxide meant it required on-spot consumption and notable human effort. However, experiments were underway to replicate the same mouthfeel and flavor profile in a more portable and flexible setting.

This led to several trials where Nitrogen was infused into the beers. As expected, Guinness was the most successful brewery that managed to develop both the canned and bottled versions of their famous nitrogenated brews. Besides replicating the unique flavor obtained by nitrogenating beers, Guinness also managed to create consistency from pint to pint, further enhancing the experience.

Which Breweries Specialize in Nitro Beers? 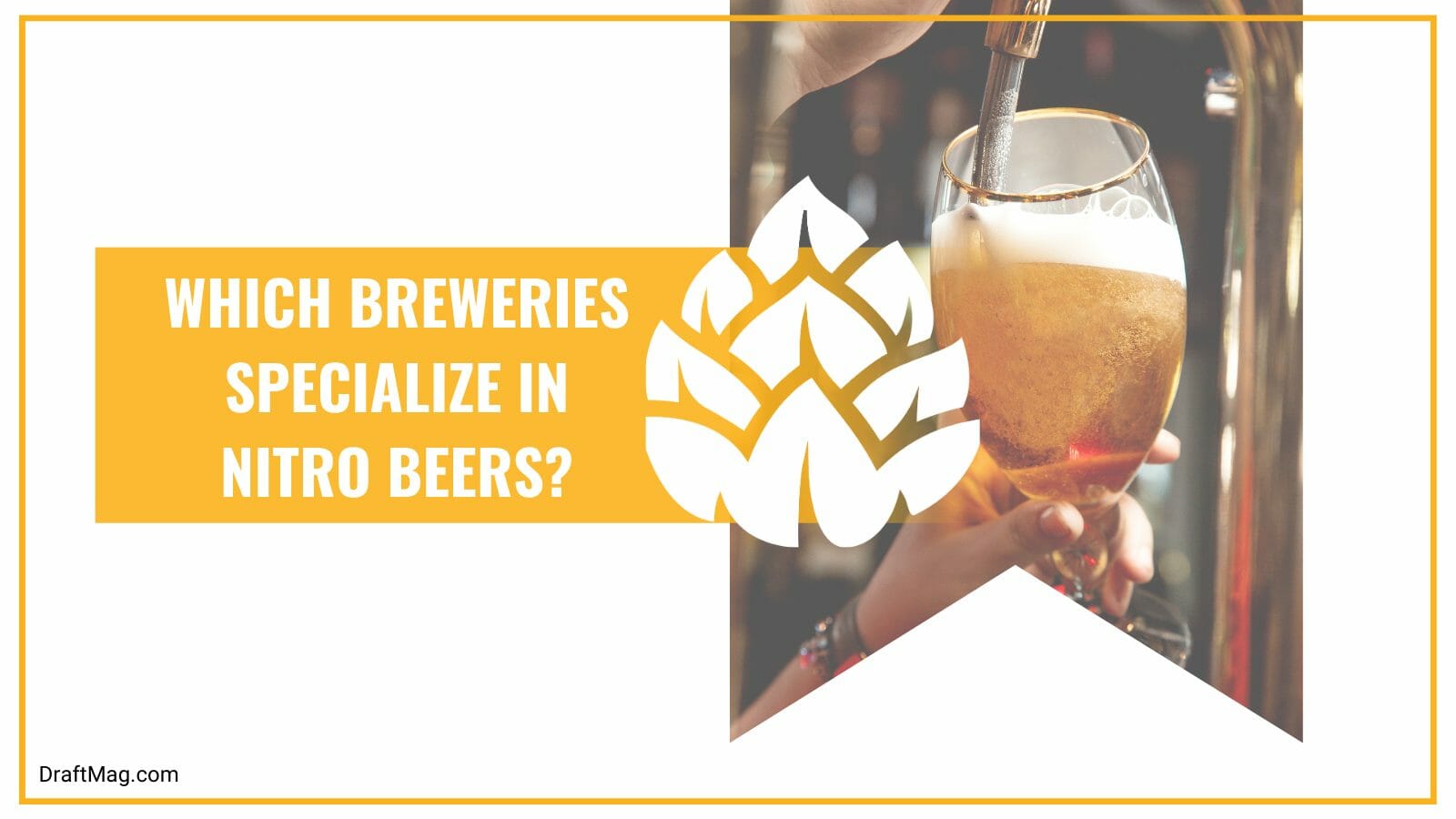 However, the most marked contribution undoubtedly comes from Left Hand Brewing Company based in Longmont, Colorado. Left Hand offers a whole range of nitro beers as compared to other breweries that offer only a few variants. More recently, breweries are trying to move beyond the standard dark beers to experiment with inducing nitro pouring in newer beer types.

Nitrogen beer pour is certainly catching on and is one of the most popular beer styles today. The clear differentiator is the cascading aesthetics, the rich and creamy head and the smooth mouthfeel, so that should pretty much cover all you need to know about nitrogen beer pours. To sum things up, let us look at everything we covered here:

As beer lovers, we should not be afraid to venture out of the usual and try new things, so Nitrogen beers might just be your next preference!