Ayinger Brau Weisse is a product of one of the world’s most reputable breweries, which is ancient and family-owned. This brew has a unique banana flavor and gives a champagne-like sparkle on the palate. 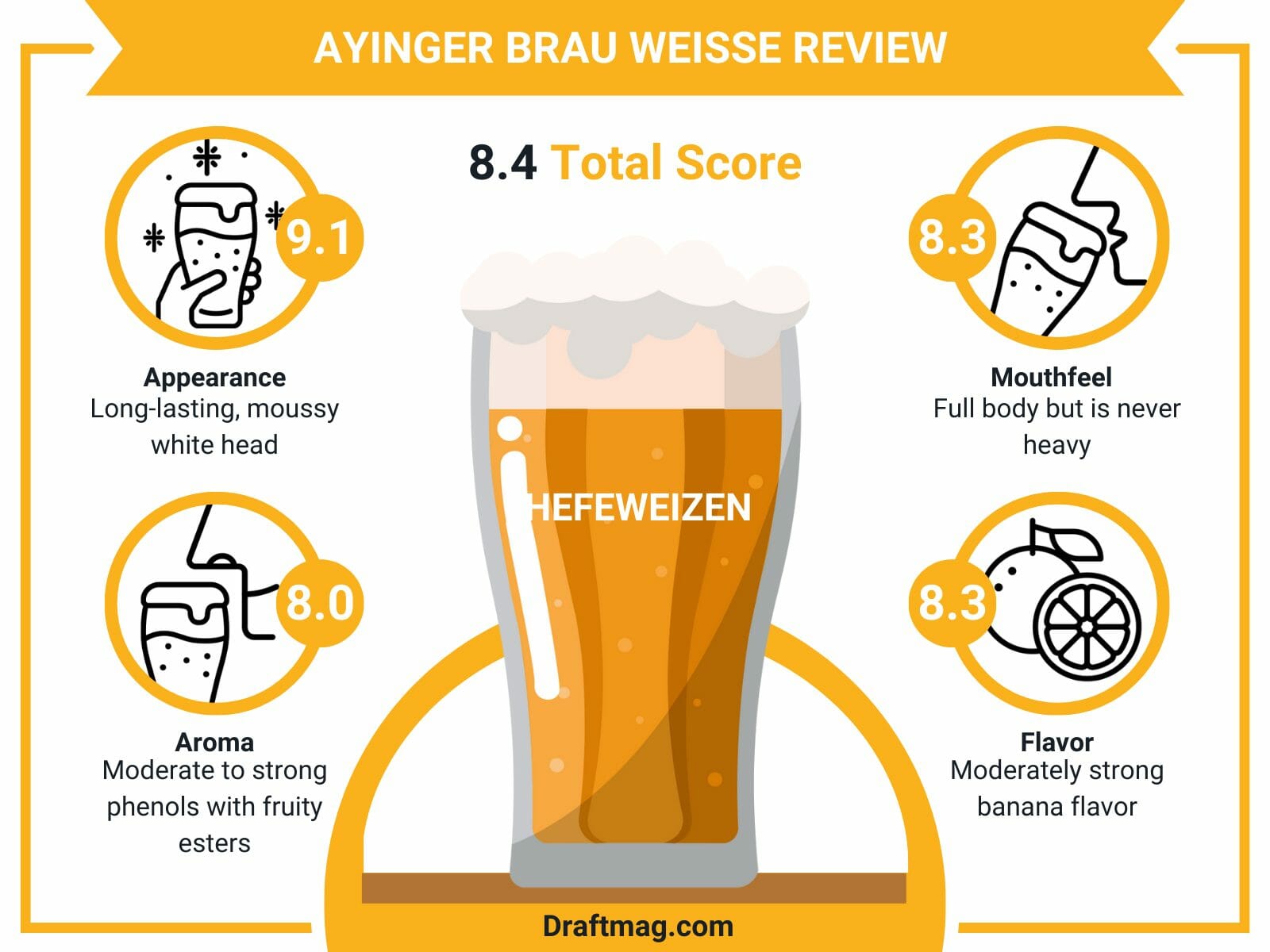 Ayinger Brau is a wheat beer with a full and lively body. This guide gives a detailed description of this wheat beer champion.

Ayinger style has German origins, which uses top-fermenting ale yeast and at least half wheat and half barley malts. Flavor and taste make this wheat beer stand out from other beers.

From the very first sip, every wheat beer connoisseur will be impressed by the sparklingly effervescent Ayinger Bräuweisse. It is a refreshing, drinkable brew popular throughout the summer. Here is a detailed review of the wheat beer.

Ayinger Brau beer pours pale straw to gold color. It has a thick, long-lasting, moussy white head. The brew is not so clear due to the high level of protein and the lack of filtration. 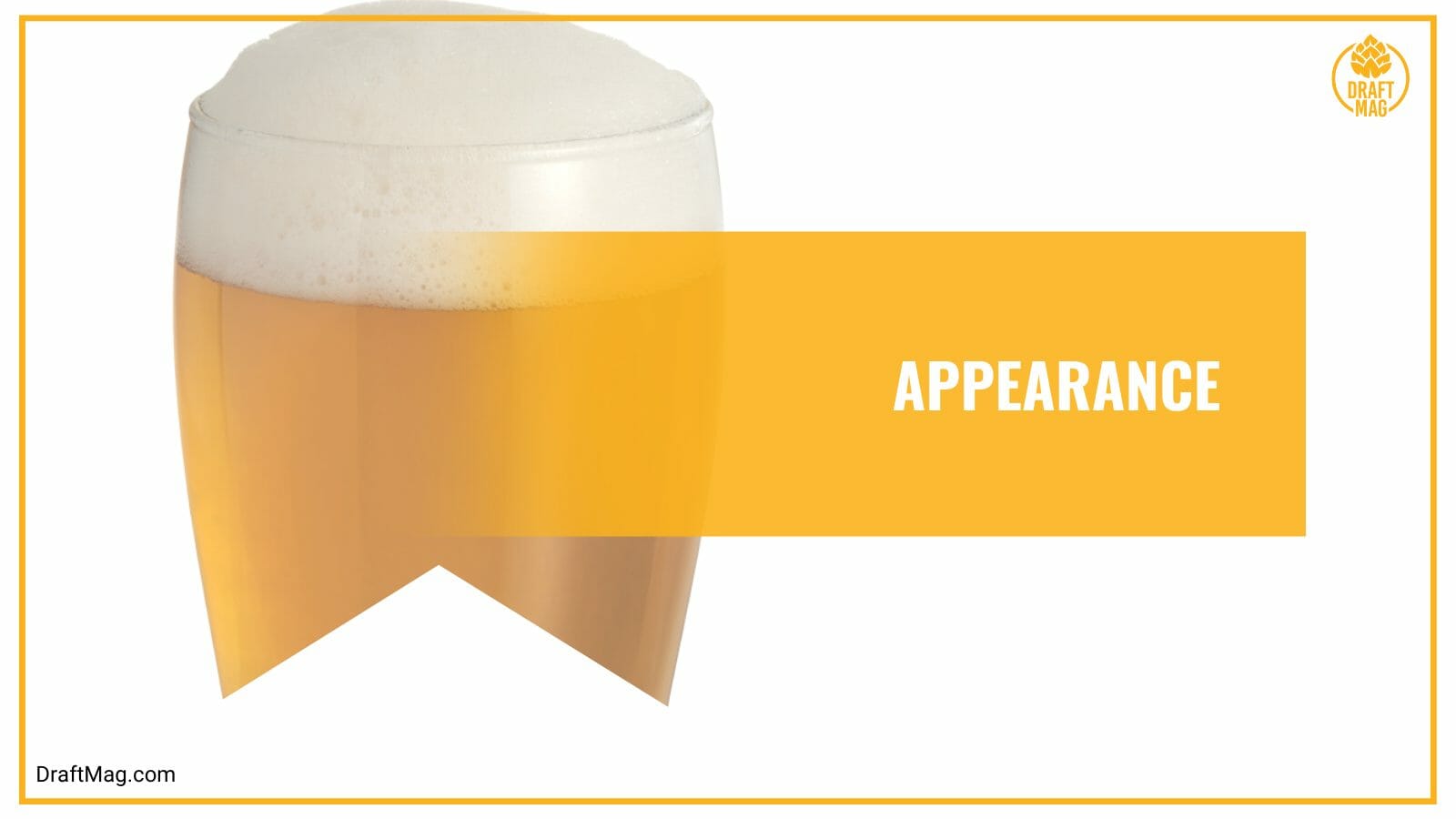 However, the haze is somewhat low to mild. Brau Weisse has excellent retention, which leaves two fingers of foam.

Fruity esters (typically banana) with moderate to strong phenols, commonly clove (typically banana), are present. The phenol and ester components have a noticeable and well-balanced level. Low to no hop character is present. There are additional malt qualities to give it a pleasant aroma.

Light to moderate wheat aroma (which may be described as bready or grainy) is also present. Ayinger beer has a light to medium vanilla flavor and a mild bubblegum aroma. This great beer has hints of citrus and banana.

Ayinger brewery beer has a full body but is never heavy. The presence of yeast increases the perception of the body. The texture of wheat creates the impression of a fluffy, creamy fullness that may develop into a light, spritzy finish. Constantly bubbly, it has a high level of carbonation.

This beer features a clean, traditional hefeweizen flavor and an ideal balance of citrus and banana. The beer’s aftertaste features banana, clove, a hint of acidity, and some spice. We advise you to drink this beer in a Teku glass.

The Weise beer has a low to moderately strong banana flavor. The banana flavor, sweetness, and roundness are enhanced with a very light to moderate vanilla flavor and slight bubblegum overtones. The main taste of the beer is soft wheat and slightly bready or grainy flavor. They complement the grainy-sweet, somewhat grainy malt flavor.

The bitterness and flavor of the hops are both very mild to nonexistent. This craft beer leaves a rich, well-balanced feeling on the palate with a relatively dry aftertaste. It has a sugary or heavy finish which might reduce drinkability. The sweetness is mainly attributable to the absence of hop bitterness than genuine lingering sweetness. 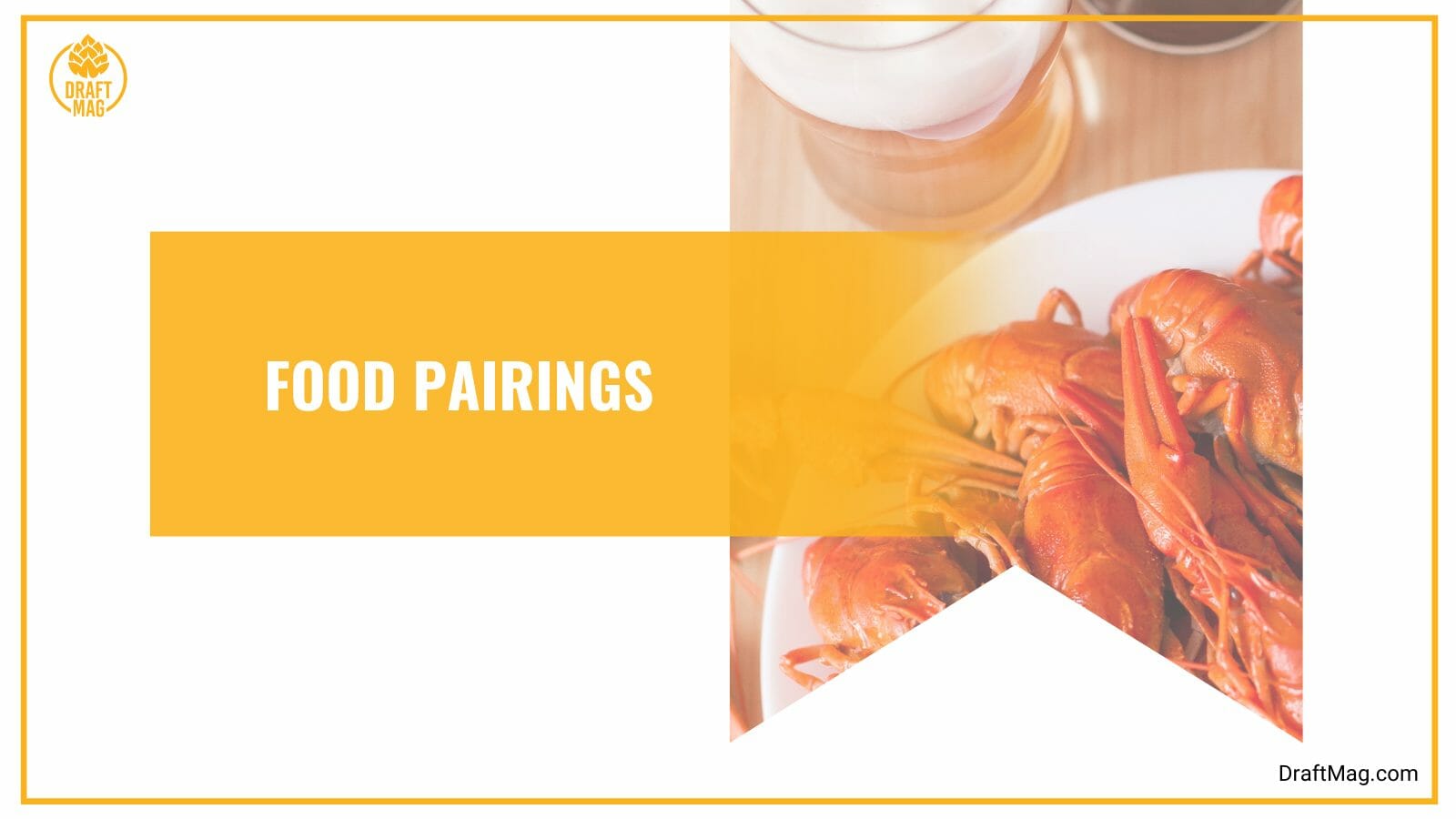 This beer pairs well with herbal dishes containing rosemary or mint and can withstand spicy foods like Mexican favorites and Indian curries. Try pairing it with fruity desserts like lime pie and banana bread for dessert. Many people believe this beer is not an ideal pair with berries.

Seafood such as lobster and avocado salad, fried scallops, or cedar-smoked salmon pair very well with Ayinger Brau. Soft cheeses like blue cheese or goat cheese would also be an exciting pairing with this kind of food.

Ayinger Brau-Weisse recipe includes different natural ingredients such as wheat, water, malted barley, banana, hops, and yeast. Most of these components are the common ingredients found in all beers, with a slight deviation for a unique flavor and aroma.

The ABV of Ayinger Brau Weisse is 5.1 percent. The alcohol level of Brau is excellent because it rhymes with other powerful hefeweizen. It is appropriate for any beer drinker, whether you prefer IPAs or light beers, due to the alcohol concentration.

A 12-ounce bottle of Ayinger beer contains 185 calories, 13.5 grams of carbohydrates, 1.4 grams of protein, and 0 grams of fat. The low level of Ayinger Brau Weisse calories beer makes it a healthy beer. It is ideal for someone on a diet because it contains very little protein and no fat.

To enjoy all the flavors and tastes you want from the beer, it is better to serve it chilled. The ideal temperature to serve this perfect beer is 50 degrees Fahrenheit.

The history of this beer dates back 140 years. It began in February 1879 when Johann Liebhard served this home-brewed guest beer for the first time. In those days, farmers in the neighborhood provided hops and grains, as is still the case today. Johann Liebhard transferred the successful brewery to his daughter Maria and her husband August Zehentmair at the turn of the 20th century. 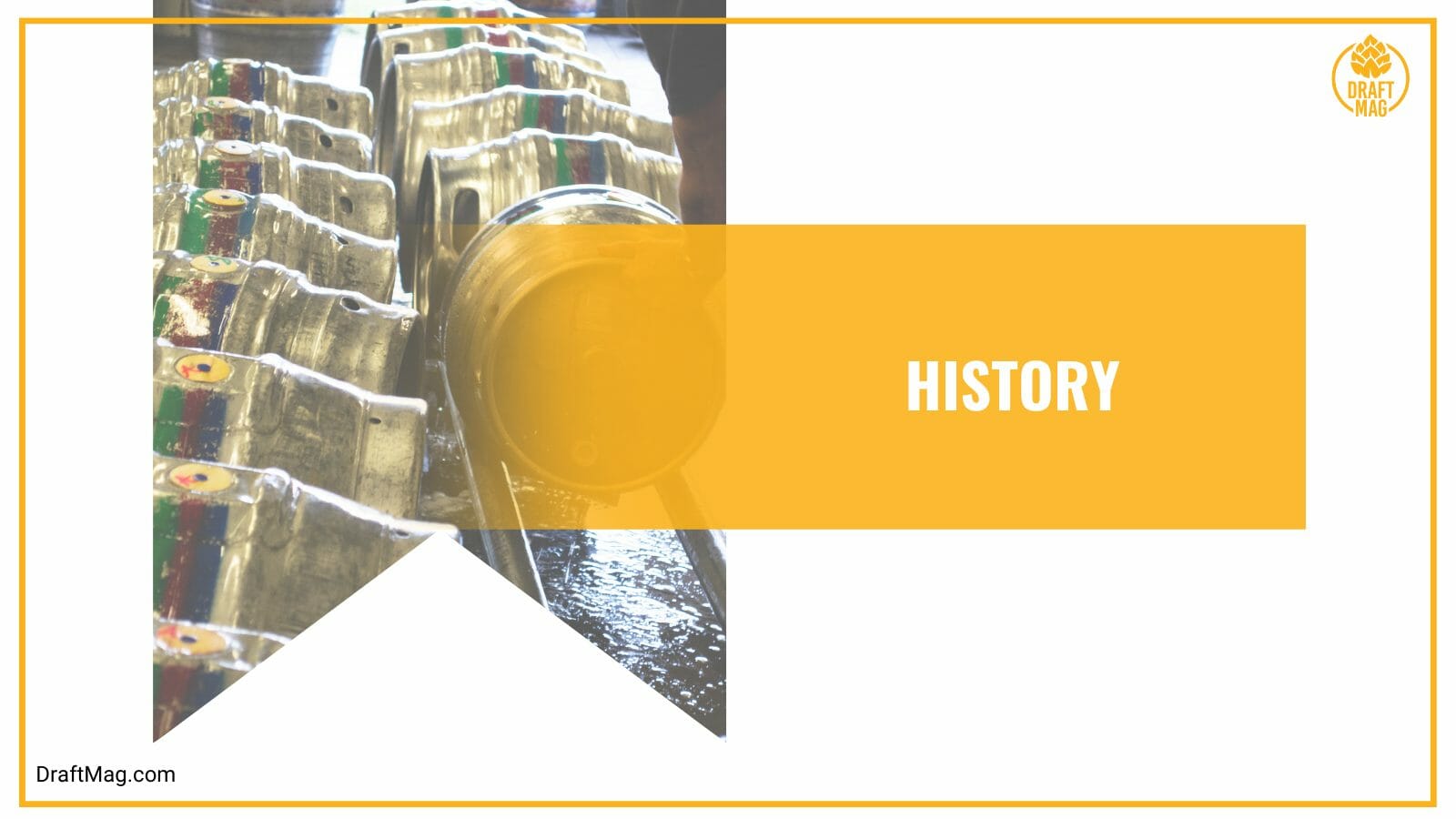 Not long after that, they faced some challenges due to the world war. However, the brewery continued operations because of wise financial decisions and the superior quality of the beer. The industry eventually started to thrive with the advent of bottled beer in the 1930s. By then, the brewery had lorries, allowing it to carry beer to Munich pubs.

We’ve discussed some of the essential features of this wheat beer. Here’s a summary of what we learned from this guide:

Wheat in a beer is such a good choice, and it is healthy to boot. You should grab a bottle or pack of this beer today!