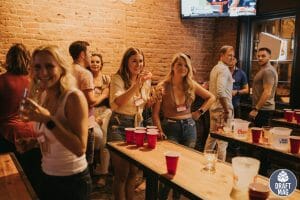 Beer pong team names need to be cool and catchy. If you’re going drinking, selecting great team names is a great way to keep your spirits up. There are tons of cool drinking team name ideas out there, so you don’t have to think too hard. Here are over 360 team name ideas to get you started.

The Best Beer Pong Team Names You Can Borrow

If you have a team and are dedicated to winning, start with the right beer pong team name. 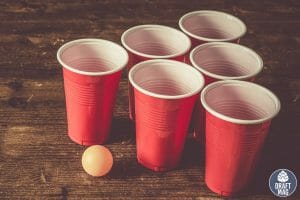 If you’re participating in this game actively, you should know that you’d be far from being sober. Far From Sober is a hilarious name to give to your team. It is also unique and expressive. 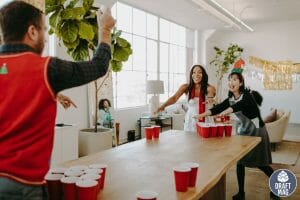 Team Shameless is a perfect team name for a team who isn’t ashamed of losing or even winning. It is quite funny and will have everyone in the one fixated on the team who chooses to be called Team Shameless.

– Followers of The One True Pint 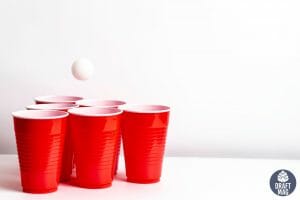 Sounding like a name out of a fantasy story. Followers of the One True Pint sounds quite interesting, unique, and also funny. It is perfect for beer lovers who also love drinking games. If they like some hint of fantasy, all the better. 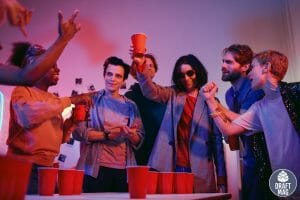 One word that comes to mind at the mention of Fly Girls is ‘chic.‘ Fly Girls sound adorable for an all-girls team. It is short, straight-to-the-point, and quite sassy. 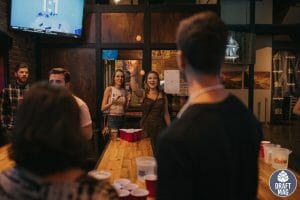 What’s this game without actually chugging beer? If you and your teammates are ready for a nice game of beer-chugging, then this short, witty name is a perfect choice. 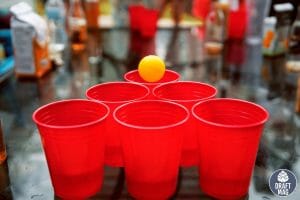 There’s something about the name Beer Barons that has sophistication and sleekness written all over it. If you can be rightfully called great at the game, this is an excellent team name for your winning team. 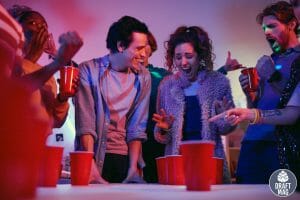 Pong Ninjas is a great name for the game. It is quite expressive and unique. It sounds almost weird to be in a team called Pong Ninjas and not win the game for the night. 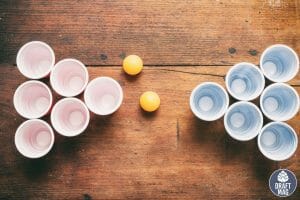 While we’re against excessive consumption of alcohol, Dead Liver Society is an extremely hilarious and attention-grabbing name for your team. Aside from its wittiness, it is also cool and quite meaningful. 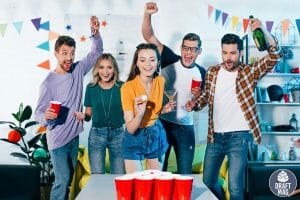 The game is sure to have a lot of beers available to get everyone drunk. Who’s Driving Tonight asks the obvious question on everyone’s mind, or at least it should be. Be sure to decide who’s driving before playing the beer pong game. 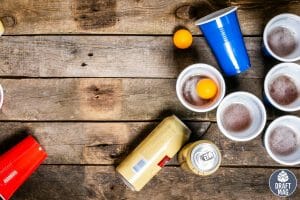 Beer Raiders is perfect for a team ready to clear out their opponent’s cup. It is a fun name for a team that’s out to win the game for the night. 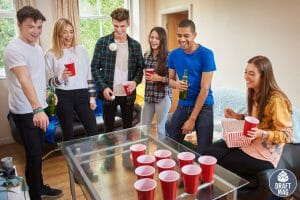 King Pong, just like the name implies, is regal and a fit for veteran players who happen to be in a team. It is extremely sophisticated, unique, and of course, not hard to understand. 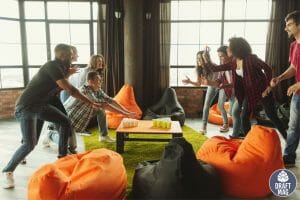 This game is for beer lovers, so calling your beer pong teams’ Alcohooligans’ isn’t far-fetched. Alcohooligans is hilarious and cool, especially for a team who’s all out for the fun and thrill of playing the game. 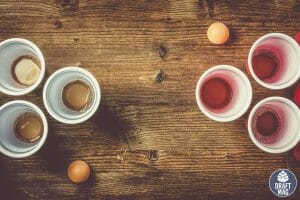 Know It Ales sounds like a name for a team of beer nerds. It is catchy, fun, and expressive. A team with the name, Know It Ales would easily stand out from the crowd. 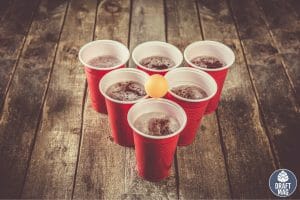 Let’s face it, only someone who loves alcohol would enjoy playing this game. Raging Alcoholics is a befitting name for teams who are just out to drink and have a nice time. 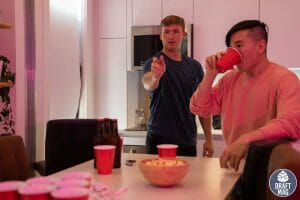 For some weird reason, Beer Pong Samurais sounds like a name for the winning team. It is impressive, meaningful, and also hilarious. Samurais win, so why not associate with them, right? 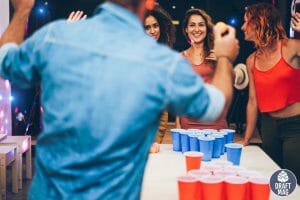 Once you can get past the initial weirdness of the name, Awesome Foursome is a witty and unique name for any team of four players. Although it sounds slightly over-the-top, it is impressive and has a nice ring. But, as you can tell, this is one of those team names that hint at the sexy, so it’s nothing like official Olympics team names. 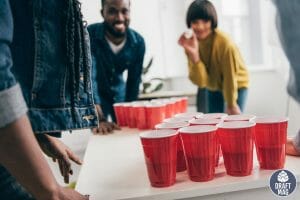 Swat Team is surely head-turning, unique, and is highly recommended in this list of team names. It is cool and interesting, not to mention the touch of sophistication it adds to the team. 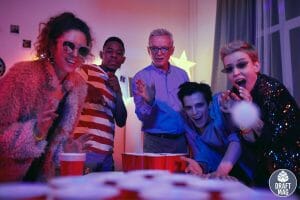 Almost every game has a regular winner. Beer Pong Legends is a befitting name for the winning team who’s always taking out their opponent’s cups every game night. 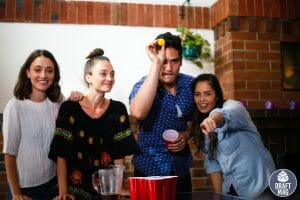 Beast of Bourbon sounds unique and very impressive. Finding a team with that type of name would be quite rare. Beast of Bourbon is one team name that suits aggressive players who want to send a message to their opponents. 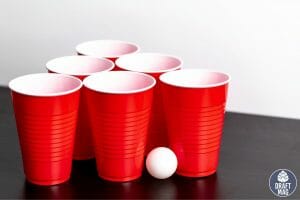 If you are dedicated to the game and want to succeed at any cost, then the team must keep it’s cool and move forward to a glorious victory. The competitors will already be wary as the name itself speaks volumes. 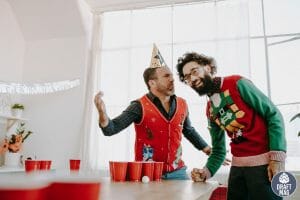 If playing, play big. Don’t choose local names; go big and choose a name that shows that your intentions are very serious and you are going for gold. Intimidate your rivals from the very start. You can even come up with a logo with beer foam rings for your team. 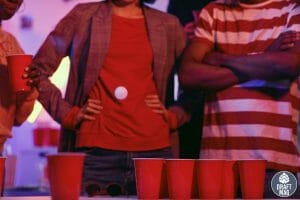 If you want to enjoy the process no matter who wins, then this name is for you. Who cares what the results will be? The most important part is that you and your team will have a good time. All you need to do is relax and enjoy the game without thinking about the winning strategy. 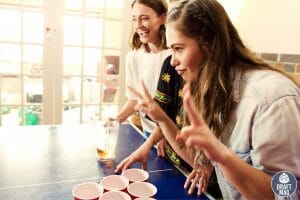 Is your team canning? Do you spend time understanding your competitors and analyzing your advantages and disadvantages to create a clever and winning strategy? If yes, then the name is just a perfect fit for your team. 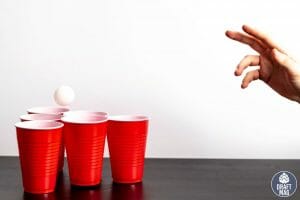 If you want to keep things simple, but creative at the same time, go with this name. It perfectly explains the game, giving it a little bit of mysterious meaning. At first glance, the name is boring, but when you think about how ominous it sounds and how much mystery it holds, you realize that it’s a perfect fit. 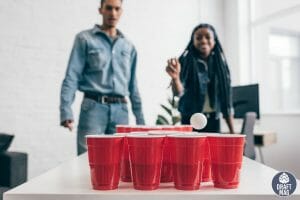 You and your team understand that the game is all about your shared hobby – beer. So the name is a funny tribute to the shared drink. No matter the outcome, the game starts with the alcohol and ends with it.

You can make choosing funny beer pong names with your friends even more exciting with our team names list. Whatever options you’re considering for your drinking team names from those names ideas, make sure that it represents your team’s spirit and personality. Some of our favorite beer pong team names on this list include: 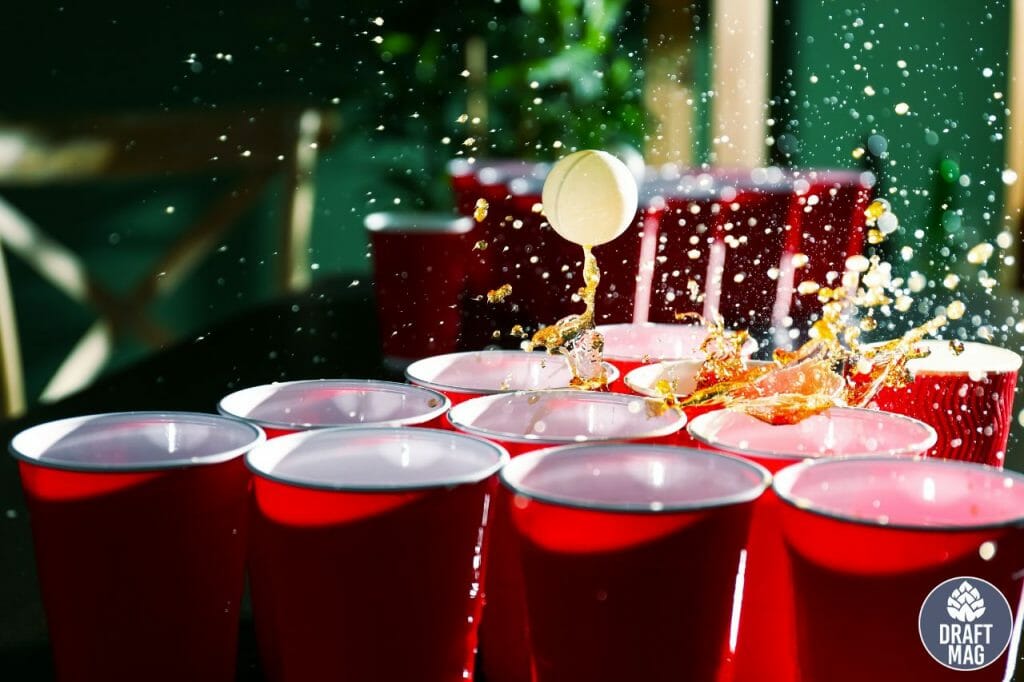