If you’ve ever wondered “how tall is a beer can?” the beer market is flooded with different sizes of beer cans, which adds to the beauty and diversity of the brewing industry. 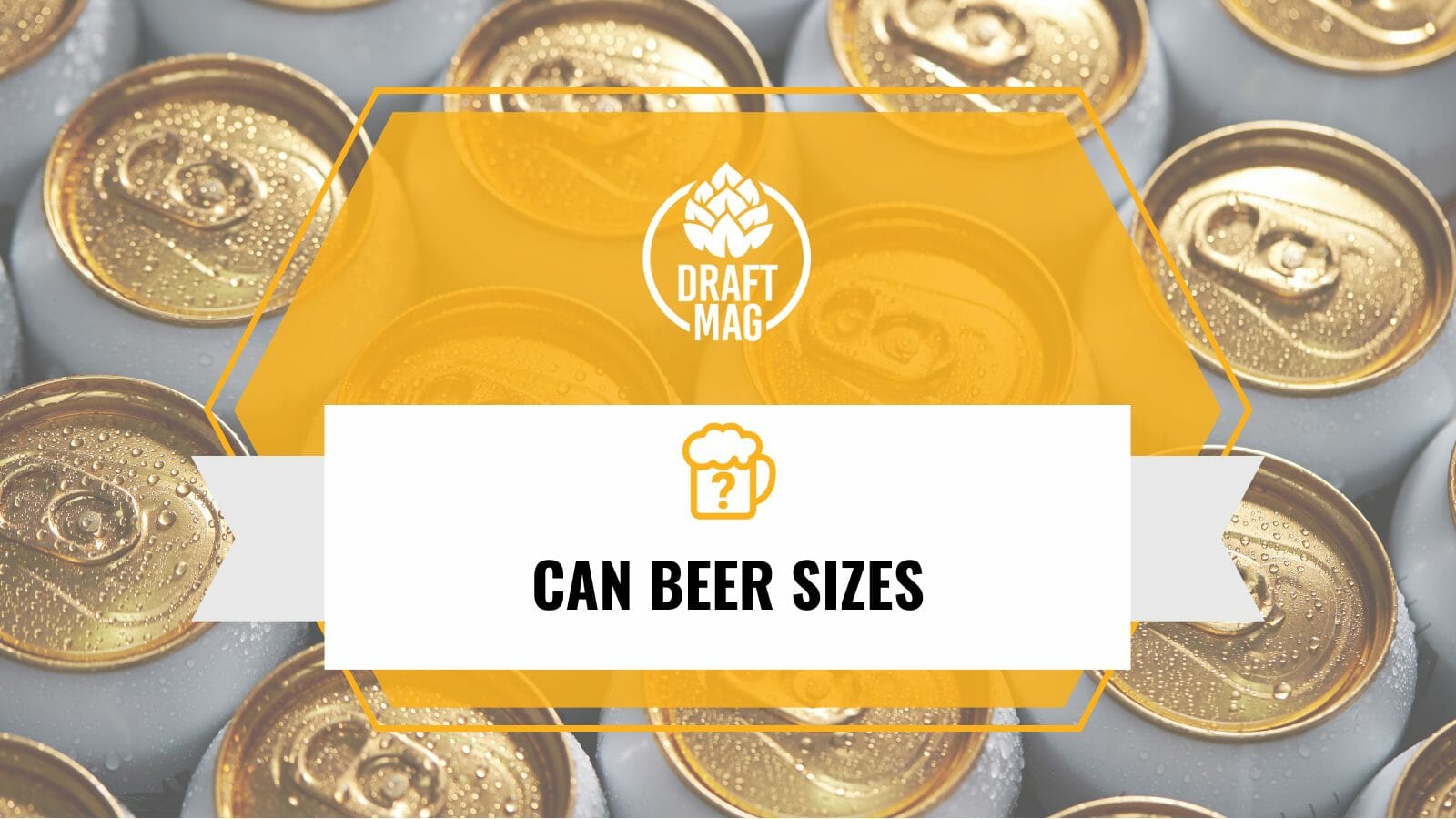 Aside from aesthetics and marketing strategy, the different lengths of these beer cans have underlying meanings and rich histories as well. Read this complete guide to discover the varying lengths of these cans, their names, and their history.

How Tall Is a Beer Can?

These differences are the reason behind the varying lengths of the cans.

Popularly referred to as the nip can, nipperkin comes in 3.71 inches and holds about 8.4 ounces of beer. Originally, the word nip meant a small measure, but eventually, it came to be applied to small bottles that contained very strong wine. 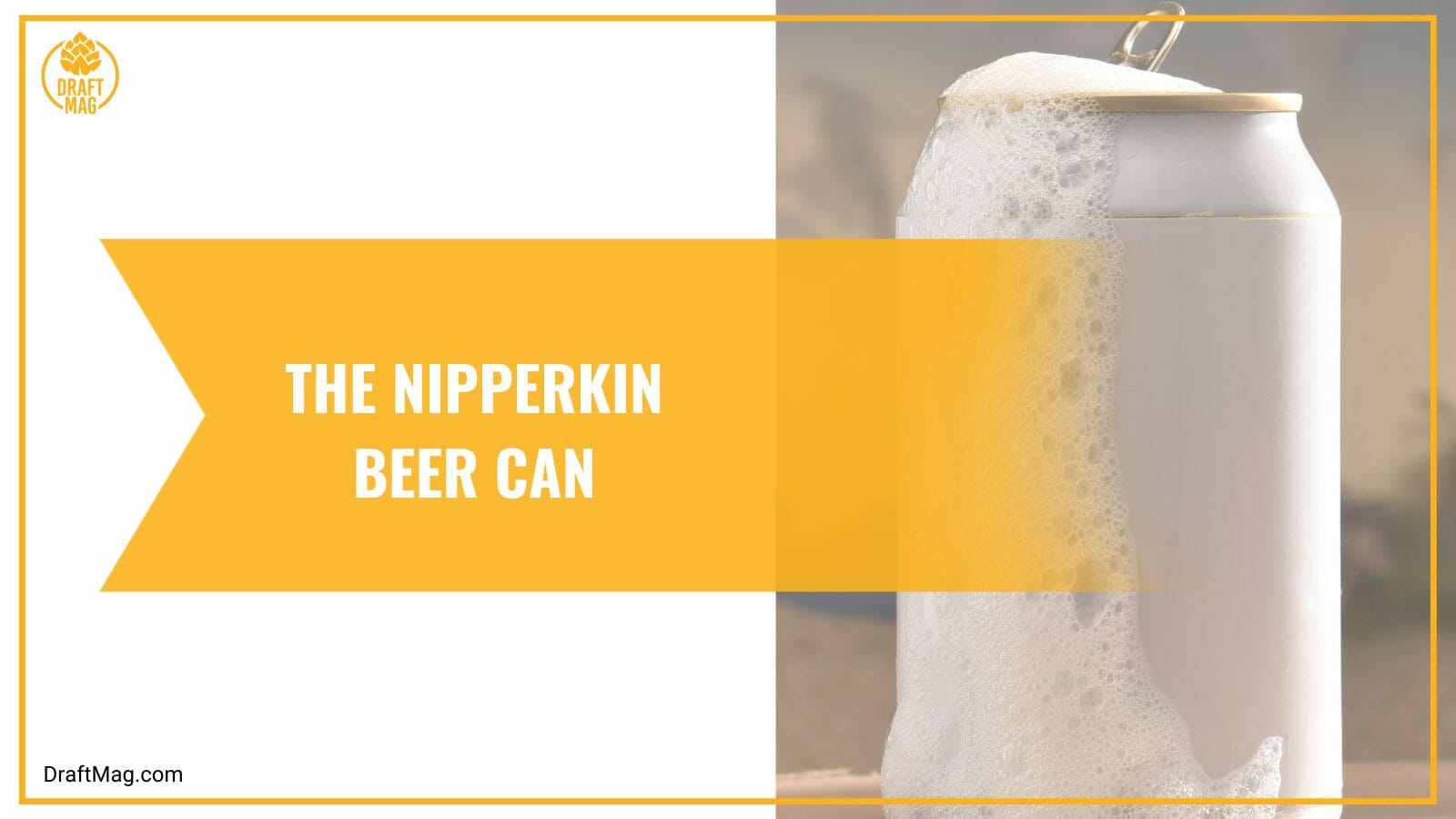 However, as time progressed the meaning of nip changed from half a pint to half a quarter of a pint. Later, it became the smallest measure of whichever ale one was ordering. By the 19th Century, the word nip had gone into oblivion until it resurfaced in the early 20th Century, when it was referred to as 180 ml.

– The Standard Beer Can

Also known as the 12 oz can, the regular standard beer can is 4.83 inches or 355 ml. This size is largely preferred by the macro breweries due to the ease of packaging. The standard beer cans are the same size as the recommended size for serving beers (which is probably how they got their name).

Also, their size means that there is enough room to fit in any preferred design you want. The standard beer cans are packaged in packs of 6, 12, 15, 18 and 24 packs and are easy to transport.

The standard beer cans became popular in the 1980s after breweries stopped using steel cans and converted to aluminum cans. Brewers preferred aluminum cans to steel because the former provided better protection against light and oxidation.

– The Tallboy Beer Can

The next beer can is the tall boy beer can, which is 6.19 inches or 710ml in length. It is next in popularity to the 12 oz can and is classified as a 24 oz beer can. The tallboys usually come in 4 packs and are preferred by most drinkers for the extra beer that they provide. 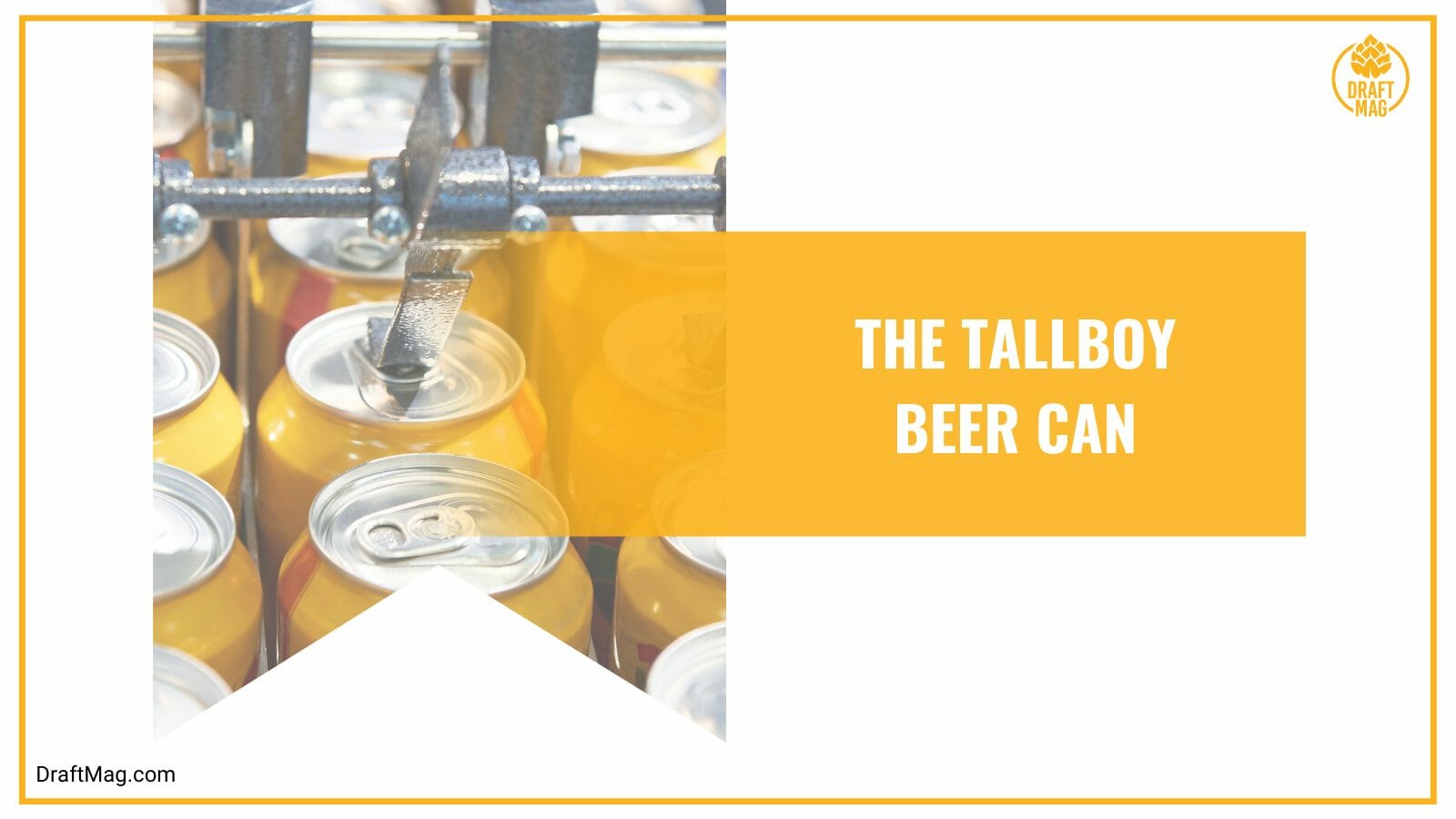 There is also extra booze as 24 oz cans can have up to 12 percent ABV. Though the origin of the name is unclear, we believe it is due to it being double the length of the standard 12 oz beer cans.

There is also the 16 oz beer can, which is also fairly popular. This tallboy holds the same volume of beer as the standard pint whose height is 473 ml or 5.11inches. Just like the 24 oz tallboys, the 16 oz tallboys are packed in fours, which makes them easier to carry around.

They also carry extra beer and have an average ABV between 4 and 5 percent, depending on the brewery.

The tallboys were originally introduced by Jos. Schiltz Brewing Company in 1960. The brewery first used 24 oz cans, but they converted to 16 oz cans after a few years. Other names for tallboys include pounders and bombers.

– The Stovepipe Beer Can

The Stovepipe is a 19 oz tall beer can that stands at 7.41 inches with a 2.6-inch diameter. These cans became trendy between 2015 and 2017 as customers started demanding more value for money. 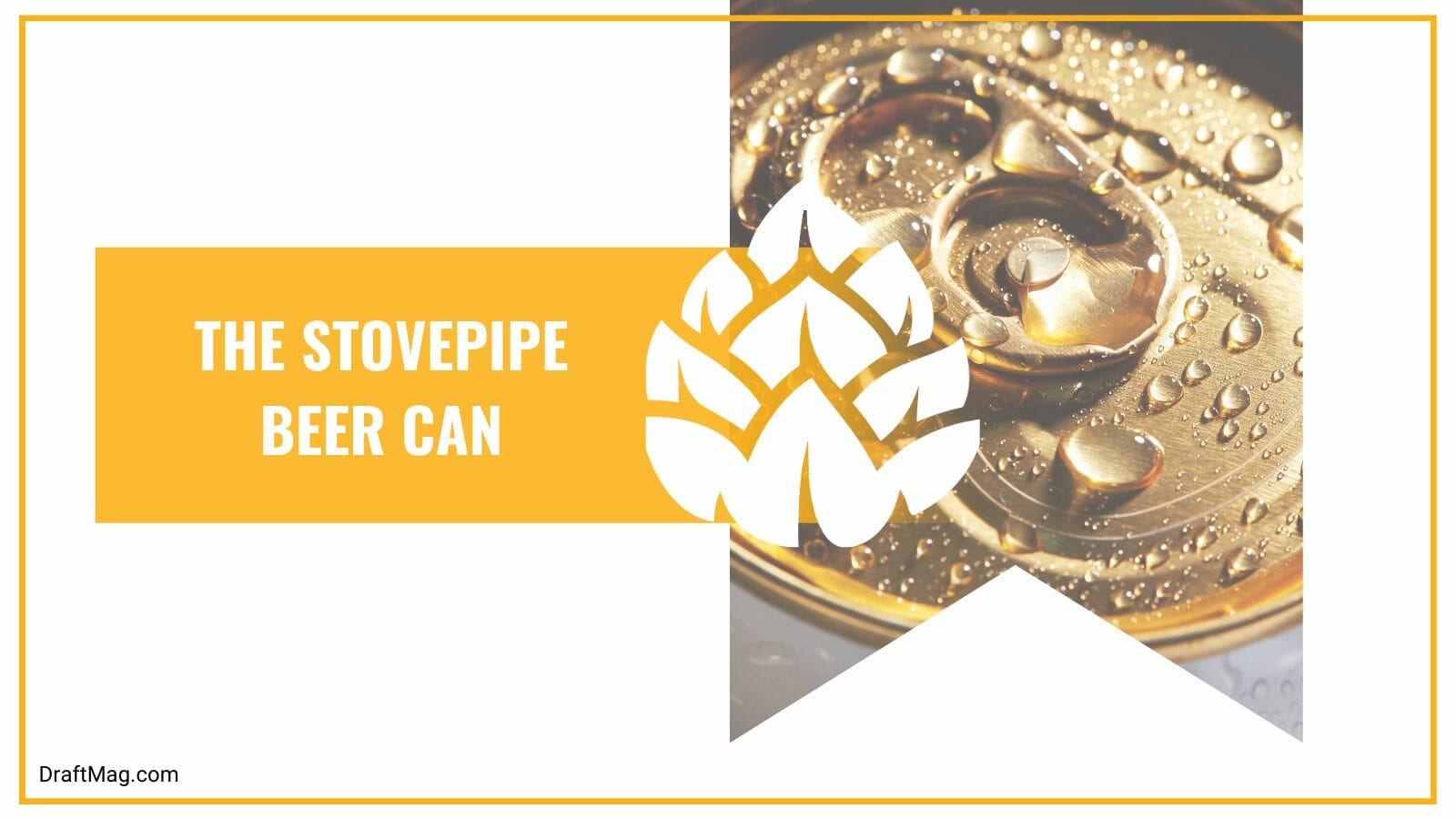 Customers also wanted their beers in a single serve and the stovepipe cans came in handy. New breweries also utilized the stovepipe to compete with other brewers who had built a reputation over the years.

The Stovepipe was pioneered by the Oskar Blues Brewery and Terrapin Beer Company, and they have created a new niche of beer drinkers dedicated to 19.0 oz cans. The beer can is popular at beaches, ballparks, concerts, and stadiums where the audience wants to concentrate on the show and not get distracted by spilling beer or getting another round. The 19.0 oz beer cans come in 12 and 16 packs.

Many people believe that the stovepipe is set to take over the beer packaging market as more drinkers gravitate toward them.

– The Crowler Beer Can

The Crowler beer can is the Growler version of beer bottles and it is about 9 inches tall and can hold beer of up to 946mL. Many beer enthusiasts prefer the crowler to the growler beer bottle because of its ability to keep beer fresh and maintain its original taste. 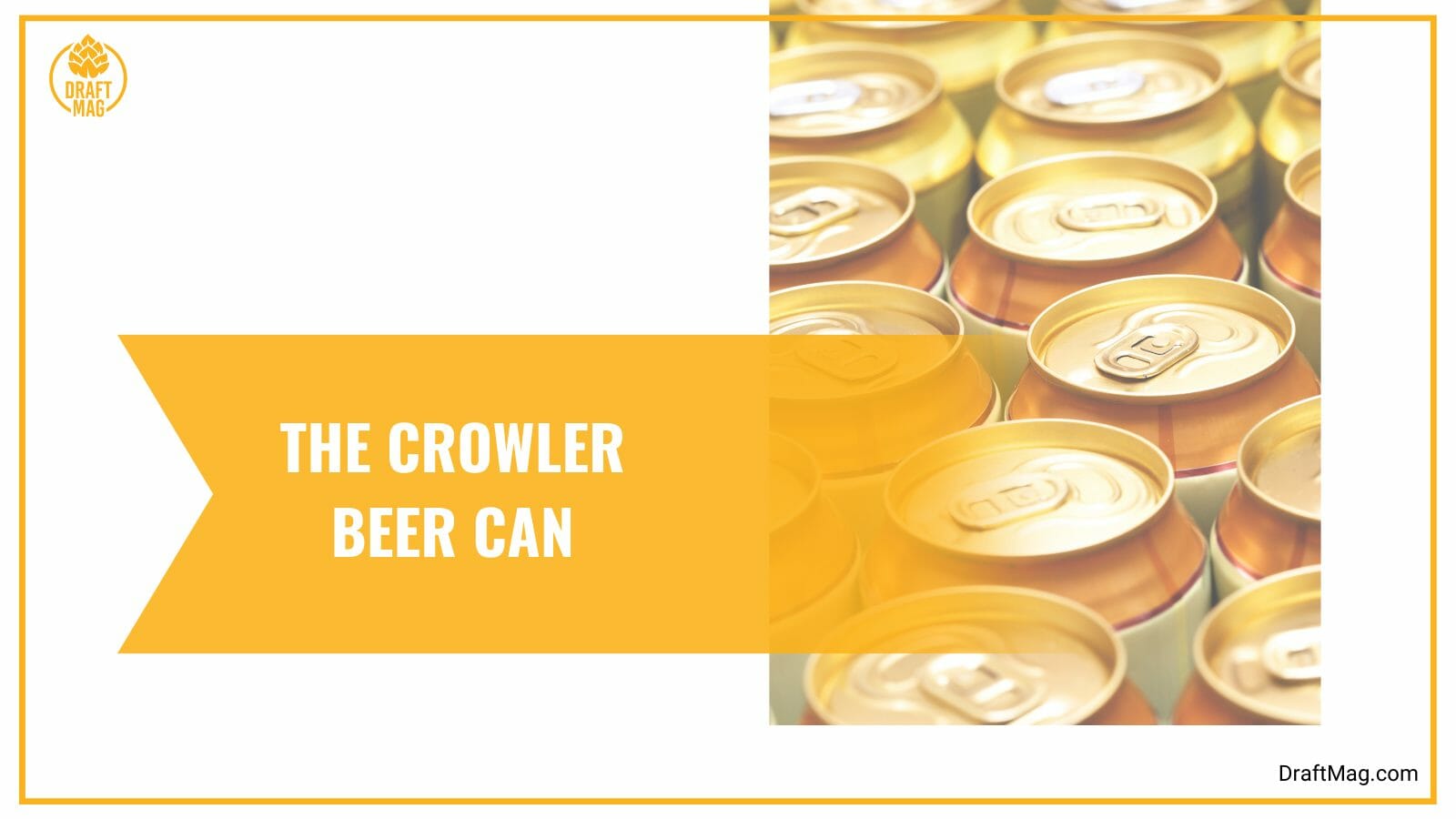 Crowlers don’t allow oxygen to mix with the beer (which can affect its taste) and can help store beers for up to a month.

Unlike growlers, crowlers come in only one size, which is 32 oz, thus they are almost thrice the size of the 12 oz cans. It is also easier, cheaper and more convenient to transport craft beer crowlers than growlers.

Crowlers are also recyclable, which means you don’t have to worry about learning how to clean them like their glass counterparts. The crowler was invented by Jeremy Rudolph as an answer to the growler, which was expensive.

– Average Height of a Beer Can

The average height of a beer can is 4.83 inches, with a diameter of around 2.4 inches. This is the 12 oz beer can dimensions. The average beer can height cm is 12.3. Thus, the 12 oz can is the most popular beer in the US and is closely followed by the tallboys.

However, it won’t be surprising if the 19 oz stovepipe takes over in a few years owing to the extra beer it provides, the price it offers, and its portability.

– Does the Height of a Beer Can Matter?

The height of the beer matters only if you are getting value for money. If the beer smells and tastes great and has a competitive price, then it’s all good. However, if the beer has an offensive smell and taste but the pricing is over the top, then the size is pretty useless.

Canned beer has the same taste as a freshly brewed sud from the tap. However, cans are great for keeping beers fresh and crisp over a longer period than bottled beers.

This guide discussed the height of all the types of beer cans from the nip beer cans to the 32 oz crowler beer cans and the volume of beer they can hold. Here is a summary of all the information we’ve covered in this article:

Beer cans sometimes differ depending on the brewing company and the type of beer. Thus, the figures provided in this article may not apply to all beers.