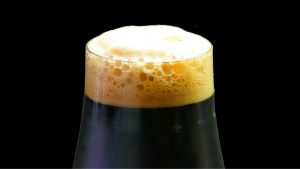 A black IPA recipe is a brilliant idea if you’re trying something new in your homebrewing experience.

Popularly known as an oxymoron as IPA is a pale ale, black IPA is an intriguing and easy-to-make kind of beer.

If you’re curious about what black IPA tastes like, you can always make it yourself using our straightforward recipes. Find out more about the origin of black IPA, its style profile, and how you can make it at home in this complete guide.

How to Make Black IPA

You can follow the black IPA all-grain recipe below to make the beer, although if you’re an extract brewer, you can convert the recipe to meet your needs. The recipe includes a grain bill, a list of the grains you need, a yeast recommendation, and a hops schedule. The hops schedule lists the hops you need to add and the time you should add them during the boil.

What Is Black IPA?

Black IPA is a hoppy Indian Pale Ale that is dark in color. This might not be very clear for many beer lovers, as the whole point of an IPA is its light and pale color, but a black IPA manages to be an IPA while simultaneously being black in color. The black side of this beer is on the side of the malt, and the grain bill contains anything that is dark brown to jet black.

The IPA adds a hoppy nature to the beer and is best done with American varieties, giving you your typical IPA. Aside from the color and hoppy nature, you can also expect a mix of roasted flavors that clash with the hops’ floral, piney and citrusy flavors. The result is a unique and strange experience that beer enthusiasts will love.

Because of its paradoxical name, others have suggested names like Cascadian Dark Ale, Indian Black Ale, and American-Style Black Ale, but Black IPA has stuck through other suggestions because it precisely depicts the nature of the beer.

The roots of dark IPA beer can be traced to the modern American craft beer revolution in the 90s. Most people point to the early 90s as the first time the black IPA was brewed. This was created by Greg Noonan of Vermont Pub & Brewery, who had it for sale on draught in the pub. The beer then became popular in the United States in 2009 and onwards. 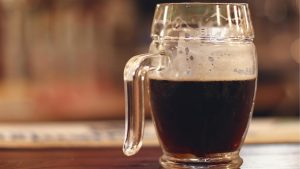 By the time 2010 came, the black IPA became pretty popular and in vogue, and most breweries released their version of the beer. Beers with this label filled the shelves and impressed buyers with its hop-forward flavor and dark color.

Keep in mind that this was not the first time such beers had been released, but the term ‘black IPA’ had not yet been coined.

Even after black IPA filled the shelves, there was still a lot of controversy about this beer style’s name. It is said that no American craft beer has had such a widely debated name as the black IPA, although this is the most common name used by all brands.

Other names are also used by organizations, like the American-style black ale, which judging organizations use. Regardless, all names are still criticized for different reasons, but whether or not the name is an oxymoron, the beer is still beautiful as long as it is well-made.

Is the Black IPA Still Popular?

Black IPA is not as popular as from 2009 to 2016, although it experienced a comeback in 2020. This is because IPAs are one of the most popular types of beers right now, so it’s not surprising that many are looking out for the different types, with black IPA beer being one of them.

Even if black IPA was popular years ago, it slowly disappeared from grocery shelves as there were too many of them. All breweries were making this beer and trying to market it as a year-round beer when it’s primarily seasonal. When customers began to pull away from black IPAs, all these breweries had no choice but to discontinue many of their models.

Some other breweries retained their dark IPA as a seasonal beer, but their popularity plummeted. However, in the middle of 2020, many breweries announced their plans to brew and re-release this beer. This is probably because of the lockdown and pandemic, and the release of black IPA offered a nostalgic feeling to many enthusiasts.

Even if black IPA is now out there again, it isn’t as popular as it was before as there are now other types of IPAs. But you can make your own black IPA rather than scouring the grocery shelves for one, which we will explore later in this guide.

This style profile includes how the black IPA looks, smells, feels and tastes. You can use this profile as your goal while you brew your IPA and ensure it is similar to the results you have.

The appearance of a black IPA is clear from the name. It ranges between dark brown and midnight black, with a hazy or clear appearance, depending on whether it was dry-hopped or not, respectively. Head retention is expected to be moderate, and it should be colored light tan to mocha. The black IPA shouldn’t look murky.

The highlight of aromas is dark malt, depending on the black IPA ingredients that you use. You can also perceive caramel sweetness, toast, chocolate and coffee hints. Depending on the hops you use, you can also expect notes of pine, berry, stone fruit, resin, melon, tropical fruit and citrus.

If you dry hop your black IPA, you can also expect floral, herbal and grassy aromas, although this is optional. You can decide to go for neutral fermentation instead.

Your black IPA should have a light to medium body with some alcohol warming, depending on whether it is strong or not. It also features medium carbonation, combined with a smooth feeling and creaminess.

The best part of any beer is the taste, and the black IPA usually has a clean malt flavor profile. The base flavor is of low to medium strength, and you will taste hints of caramel and light toffee. You might notice that the dark malt flavors are slightly intense, and there will be roast hints too, but it shouldn’t affect the hop profile.

Other hints you can expect include coffee and chocolate. There is a bit of bitterness in this beer, most of it coming from the hops, while the malt can contribute to it. The bitterness also seeps into the aftertaste, although not harshly.

The black IPAs’ taste will also be influenced by the hop flavor, which contributes notes of melon, berry, stone fruit, pine, citrus and tropical. You might taste some fruity elements, although it isn’t necessary. If you make a double black IPA, you will also taste the alcoholic flavors strongly.

Once you have your keg of black IPA, you can now enjoy it with the right food pairings. The beer is excellent with rich and robust flavors because of its bitter flavor and can also handle a lot of fat. You can go for fried chicken, a buttered steak, cheeseburger, spicy BBQ short ribs, shrimp stir fry, wild game meats, foie gras on toast and more.

If you prefer cheese, you can pair the dark IPA with Cheddar, blue cheese or aged Gouda.

As for dessert, anything chocolate goes great with black IPA, whether it’s chocolate cheesecake, chocolate coffee cake or chocolate truffles. You can also have it with cream cheese or carrot cake.

How To Serve and Store

Black IPA is best served at temperatures between 46 and 54 degrees Fahrenheit, as this will bring out the flavor to the fullest. It should also be served in an IPA glass, or you can use a Tulip glass if you don’t have the former.

As for storage, you should keep your black IPA at cellar temperatures and avoid exposure to light. It’s best to drink the beer between three and six months after making it to keep the initial taste. Some black IPAs age well, but there’s no guarantee that yours will. 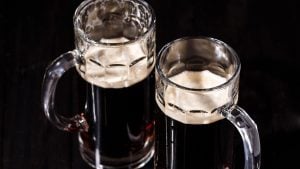 Black IPA might have sounded confusing when you first heard about it, but now you see that nothing is confusing about this bizarre beer.

Check out the recipe above and visit your closest grocery store to get the ingredients for your black IPA. Follow the steps in this guide, and you can experience what it’s like to drink an Indian Pale Ale with a bizarrely dark color.