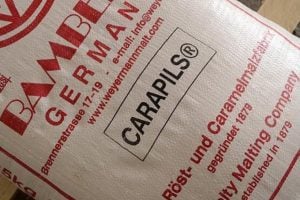 The Carapils vs. Carafoam debate can confuse many new brewers when they are choosing the right malt for their beer. It’s because these two malts share many things in common but, at the same time, they have several differences too.

Like every brewer, you must be curious to know them. So, here we have a detailed guide including everything you would want to know about Carapils or Carafoam.

Carafoam vs. Carapils: Are These the Same Type of Malts?

Similarities Between Carapils and Carafoam

The fact that Carapils and Carafoam are dextrin malts isn’t the only similarity between these two malts. They share many common aspects, some of which are mentioned below:

What’s the Difference Between Carapils and Carafoam?

Aside from the similarities, the Carapils vs. Carafoam comparison also includes some differences. The major differences between Carapils and Carafoam are listed below:

This is a property that describes the crystalline nature of the finished malts. If malt is entirely crystalline, it’s known as “glassy” and, if not, it is called “mealy.” On the scale of crystallinity, Carapils is a crystal malt, but Carafoam is a combination of base and crystal malt.

Carapils has a 100 percent glassy character, and this is why it is known as a crystal malt. On the other hand, Carafoam is only 2-5 percent glassy, making it a non-crystal malt. If you cut the kernels of Carafoam malt, you can see that it has both mealy and glassy character. The mealy kernels have a white powdery appearance, while glassy kernels have a hard and shiny surface.

Carapils don’t have enzymes and can give flavor even without mashing. To be sure, you can mash them, but this will not affect the taste. As a result of mashing, Carapils produces a water-soluble starch (dextrins) which is enzyme resistant.

So, even if enzymes are present in the mixture, they can’t break the starchy complex. These starch pieces remain in the beer and produce the desired thickening. So, whether you mash Carapils or not, the result will remain the same.

In contrast, Carafoam has a high starch content that requires enzymatic breakdown. If the enzymes involved in the breakdown of starch are not present, it can produce haze in the finished beer. It’s the situation when the beer has insoluble or semi-soluble particles which can form a colloidal suspension in beer.

Lovibond’s range in the brewing industry determines the color of a beer. The lower the value, the lighter the color. On the Lovibond range scale, Carapils has a value of 1.5, while Carafoam has a 1.5-3 Lovibond range. Due to this difference, Carafoam is darker in color than Carapils.

When To Use Carapils or Carafoam Malt?

There are two correct timings to add these malts while brewing wort. In all-grain brewing, add Carapils and Carafoam during mashing. On the other hand, in case you are using the extract brewing process, add them at the steeping step.

How To Use Carapils or Carafoam Malt?

Carafoam and Carapils malts are used at two steps in all-grain and extract brewing and are used in different ways:

In all-grain brewing, when these malts are added during mashing, they replace 2-3 percent of the base grain. Then mashing is done as usual. The process of mashing brings out fermentable sugars and dextrins from these malts. 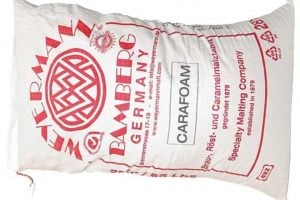 For using Carapils and Carafoam malt in extract brewing, 1 pound of the crushed malts is steeped if the brewing batch is 5 gallons. The malts are steeped in a mesh bag when the extract brewing water is being heated.

Carapils is better for extract brewing because it’s a fully crystal malt in contrast to Carafoam, a partially crystal malt. If using Carafoam, it has to be mashed before using for converting sugars and avoiding starch haze formation in the finished beer.

Carapils Malt Substitute: Which Options Do You Have?

The best substitutes for Carapils malt are dextrin malts, wheat malts and Carafoam malt. While choosing the Carapils malt substitute, you must remember that Carapils is an exceptionally light crystal malt. It doesn’t have much effect on the flavor and aroma profile of the beer. So, the substitute you choose should have similar characteristics.

The best substitute for Carafoam malt is Carapils malt. Although they have a different Lovibond range, that doesn’t affect the flavor and color too much. They are often used interchangeably by homebrewers and commercial breweries.

The best temperature for drying Carapils is between 110 and 160 F. For the production of Carapils, a drum is heated to a temperature in the mentioned range, never less or more. The airflow, moisture, and temperature of the drum are precisely controlled for the best drying of Carapils.

The drying temperature is the point in brewing where the caramelization of the malt sugars occurs. When malt sugars caramelize, there is a change in their molecular structure. As a result, they become glassy and unfermentable.

Should Carapils Malt Be Mashed or Steeped?

Unlike mealy malts, which need to be wholly or partially mashed, Carapils can be steeped as well as mashed. Unlike base malts, it’s a glassy crystal malt and doesn’t produce a high starch content, which could affect the brewing process.

The best temperature to steep Carapils is 150-170 F, which excites the water and grain to enhance extraction for 30 minutes. As a result, the water can become slightly cloudy, but it’s temporary. As soon as the wort is boiled, the cloudy effect disappears.

What Should Be the Percentage of Carapils and Carafoam Malt in Beer?

Although they have the same brand name, Carapils and Carapils Copper Malt are different malts. Carapils doesn’t add any flavor to the beer, foam Carafoam Copper Malt adds flavor and aroma. The SRM value and moisture content are also different for both malts.

Besides these distinct characteristics, they have some things in common too. These include:

The unique characteristics of Carapils and Carapils Copper Malt are mentioned in the table below:

Is Carapils and Carafoam Malt Fermentable? 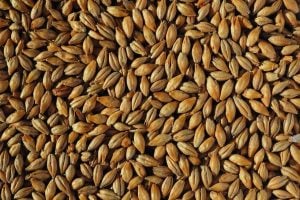 This Carapils vs. Carafoam comparison is only helpful if you remember the things you learned. Let’s have a glance:

So, now you know everything that you should consider while brewing Carapils or Carafoam. By keeping all the crucial things in mind while brewing, you can make a beer having the same flavor and aroma you desire. While experimenting with the amount of other ingredients, make sure you modify the percentages of these malts too accordingly!