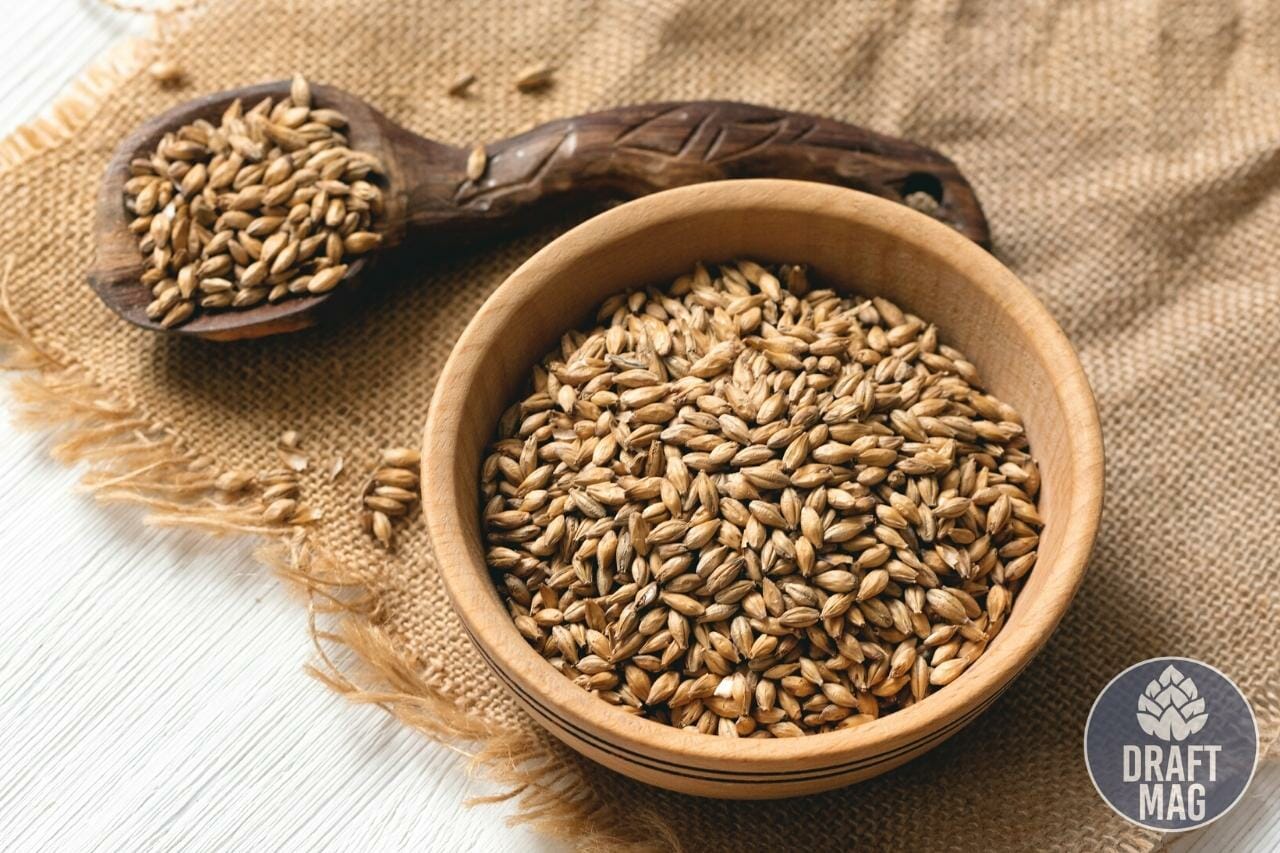 Dextrin malt is a brewing ingredient that improves the body, head retention, and stability of beers. Upon formulating a sumptuous bear, many homebrewers still observe that something is left out.

It’s a crucial ingredient that every brewer should know and use!

Keep reading to learn the importance of dextrin malt, how it is made and how much you should use in brewing.

What is Dextrin Malt?

Dextrin malt is a light-colored specialty malt used in brewing to improve beer characteristics. This malt is a vital ingredient in all-grain and extracts brewing, and its preparation differs from base malts. Dextrin malt usage enhances the quality of the beer by introducing dextrin sugars and proteins.

How is Dextrin Malt Made?

Different malting companies make dextrin malt today, meaning there will be differences in production. However, there are two general steps in dextrin malt production, and we will examine them below.

The process begins using pre-kilned malt, also known as green malt. The malt is placed in roasting drums and heated under regulated temperatures. The optimum temperature is usually between 150-160 °F.

This heat condition enhances the enzymatic activity of alpha-amylase, limiting the formation of maltose, a fermentable sugar. Also, this enzyme facilitates the conversion of the starch to unfermentable sugars called dextrins. Virtually all of the carbohydrates from dextrin are unfermentable, even in the presence of enzymes from other malts.

Stewing is a careful and sensitive process as it affects the wort fermentability. Although stewing converts starch to sugars, the reducing sugars in the reaction produce unfermentable sugars after mashing.

Upon converting the starch, the malt is kilned and roasted. Kilning helps to extract excess moisture from the grain. Roasting, on the other hand, promotes a reaction between amino acids and reducing sugars to give a distinct flavor – this is the Maillard reaction.

This malt has a light color. Therefore, you need to monitor every process from stewing to kilning and roasting to avoid unwanted color development.

Proteins are essential in improving the foam retention and fullness of a beer. For this reason, under-modified malts are best used in the preparation as they are less susceptible to protein breakdown. As a result, the malting process yields a malt with light color, flavor, and stable foam.

Generally, the malt does not require mashing; thus, it is an easier option for homebrewers. However, as earlier said, it is a specialty malt. Hence, brewers take pride in their preparation methods and don’t usually disclose them.

Dextrin malts are available in varieties like carapils, carafoam, among others. Also, some are branded with trade names due to the specialized production method of brewers. Examples of companies with trademark products are Weyermann and Briess.

Carapils is the most prevalent among homebrewers. It is a product of Briess, a malting company in the US. Briess carapils is a crystal malt that improves the body, foam levels, and mouthfeel of beers without affecting color, flavor, or aroma.

The grain is firm and shiny, resembling a toasted grain. This glassy nature of the Carpils malt is due to the conversion of the starches into reducing sugars during malting.

When brewing with Carapils, you should use it at 2-3 percent to get the desired effect in your beer. At this concentration, Carapils won’t influence the color or flavor of the beer. Although Briess suggests, you use 10 percent of the total grist for session beers or extreme brewing conditions to increase the beer’s mouthfeel, gravity, and fullness.

Carapils malt is an essential ingredient in brewing:

Carafoam is the Weyermann dextrin malt. It is a proprietary product of Weyermann, a German malting company, which means there is little or no knowledge about its preparation. Like Carapils malt, Carafoam also improves the beer’s body, mouthfeel, and foam quality. 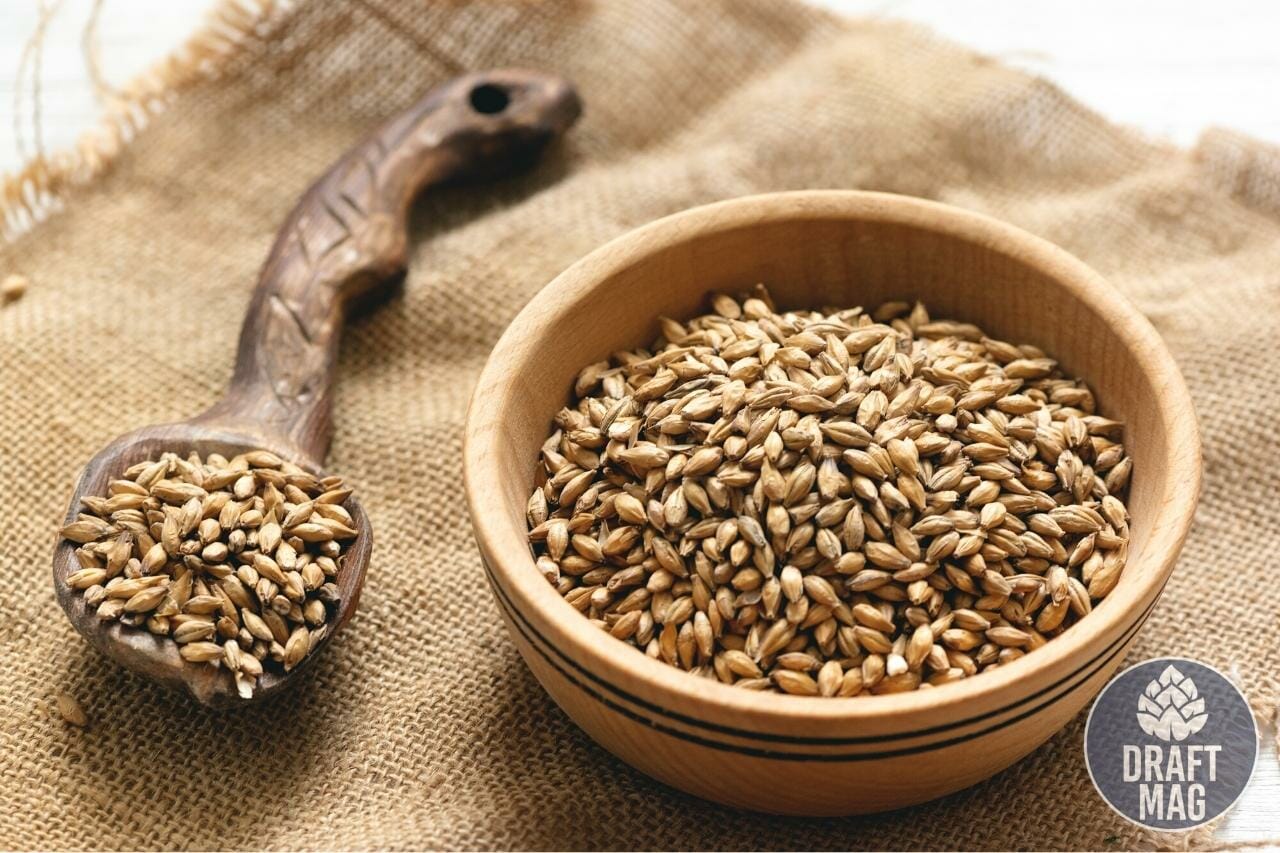 There is a belief that Carafoam is a dextrin malt substitute for Carapils malt. However, the difference between Carapils dextrin malt vs Carafoam is that the latter does not have a whole crystal nature like Carapils.

Also, unlike Carapils, Carafoam adds a little sweetness and flavor to beer.

Another interesting fact about Weyermann Carafoam is that you can use it for a wider variety of beers.

Carahell is caramel malt and also a product of the Weyermann malting company. Being a caramel malt, Carahell enhances the sweetness and body of beers. Also, similar to Carafoam and Carapils, when used between 10-15 percent of the total grain bill, Carahell improves the foam quality and retention of the beer.

You can use Carahell for:

DextraPils malt is a proprietary product of Great Western Malting Company in the US. It has a glassy nature similar to Carapils. Like the others, DextraPils increases the foam stability, body, and mouthfeel of the beer. DextraPils dest does not affect the color and flavor of the beer, and it is suitable for almost all beer types.

Reasons for Dextrin Malt in Beer

Dextrin malt is essential in beer to improve the body and give a fuller mouthfeel. These beer characteristics are what homebrewers lookout for when brewing. You should use this malt, especially when brewing lager-style beers. Lagers are usually thin; thus, using dextrin malt when brewing increases the viscosity, thereby stabilizing the foam and body of the beer.

In addition, you should use dextrin malt to retain the head of the foam without affecting the beer’s flavor. Carapils is a good example.

Also, oat oils impart a silky feel in beers, which may not be necessary, especially when brewing beers like Amber ale. Thus, to prevent the effect of the oils while achieving a beer with a fuller mouthfeel, body, and foam quality, you can introduce dextrins.

How Much Dextrin Malt Should You Use?

Now that you know its use in brewing, you should also know how much dextrin malt to use. Generally, your total malt grain bill should contain 2-3 percent dextrin malt. NEIPA brewers can use up to 5 percent. However, this amount can increase depending on malt type – Carapils, Carafoam, or Carahell. Also, the beer style lager, IPA, Pilsner, etc., is a contributing factor.

– Is Carapils the Same as Carafoam?

Although the question seems straightforward enough, the answer is not nearly so. In the US, there are distinctions between Carapils and Carafoam, although they are both dextrin malts.

The difference is in the branding and marketing, rather than the actual content of the malts. Briess Malting markets their dextrin malt as Carapils, while Weyermaan Malting markets it as Carafoam.

– Do You Need Dextrin Malt for All Beers?

No, it’s not a must, you can use dextrin malt for many beer types, but it is not necessary for all beer styles. It may not be essential for hops or protein-rich beers like stouts as both elements would ordinarily enhance the body and foam stability. But, it is essential when brewing lager and Pilsner-style beers with low hop levels. However, the dextrin malt percentage may vary for each beer type.

The consensus with dextrin malt is that it helps with head retention. However, a 2013 research states otherwise. According to the research, dextrin malt falls under the category of foam-negative species. The implication of this research is that the foam retention property of dextrin malt is just a myth.

However, while the research offers interesting information about the retention property of dextrin malt, little has changed regarding its use for retention in beers. This is because many brewmasters don’t consider the research definitive, and understandably so, considering the success with foam retention widely attributed to dextrin malt for several years now.

– At What Stage Is Dextrin Malt Used During Brewing? 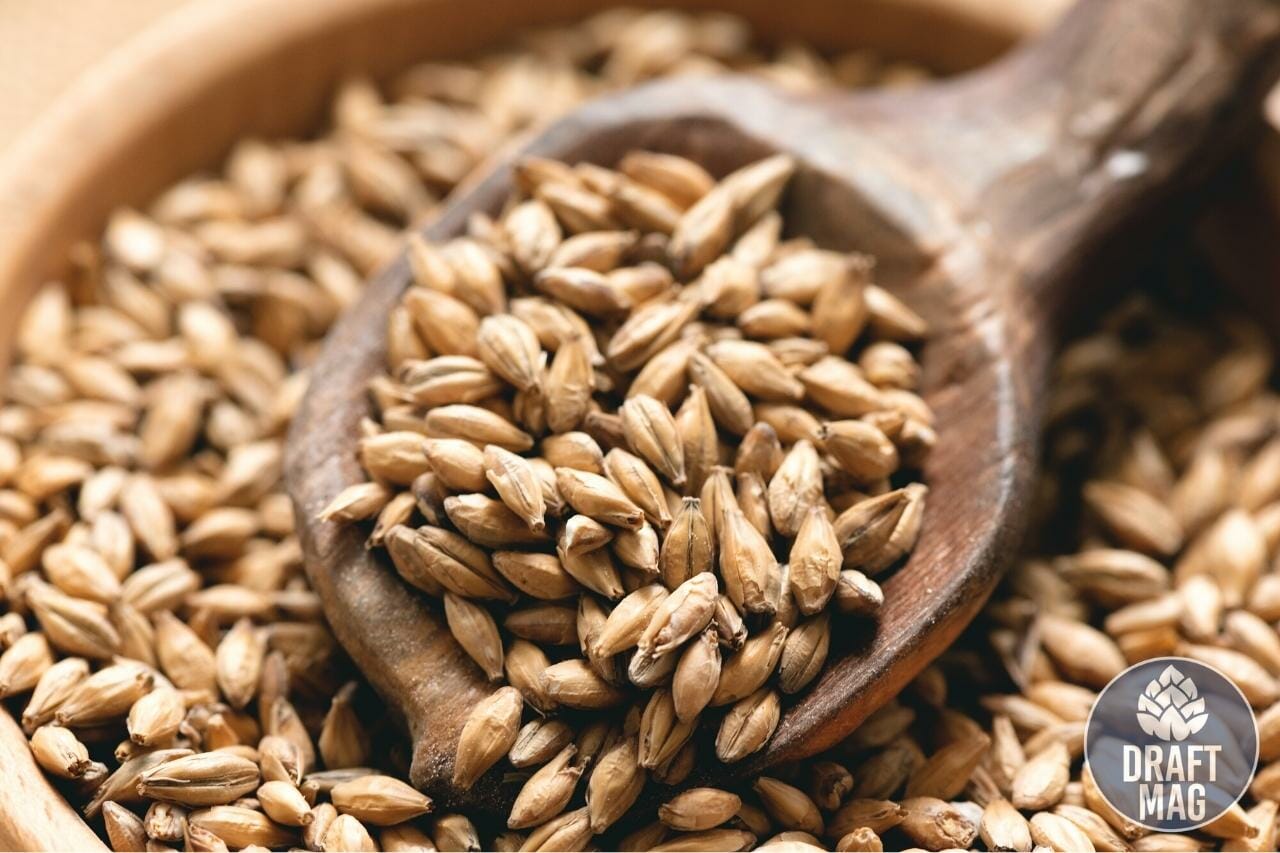 A lot has been said about dextrin malt, how it is made, and the types. Here is a summary to help homebrewers make the best out of their beers.

Dextrin malt improves the body, mouthfeel, foam stability, and retains the head of the beer.

Does your beer come out too thin after brewing?

Consider introducing dextrin malt to your ingredients and taste the difference.