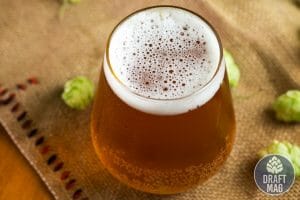 This is one of the most detailed West Coast IPA recipe you have ever seen. West Coast IPAs became dramatically popular around the earlier 2010s. These beers emit bold, citrusy aromas with high bitterness characters.

This guide will tell you everything you need to know about the West Coast IPA.

This recipe is one out there, with an excellent detailed profile and the best West Coast IPA ingredients:

How To Make West Coast IPA: A Word From the Experts

These tips and recommendations from expert brewers will help you pick the proper set and combination of grains, hops, and yeasts:

Most homebrewers and craft brewers opt for American Two-Row malts, which isn’t a bad option. American Two-Row usually goes as a base malt for every style of beer. It is cost-effective and of high quality. But there are endless options, and it is best to expand the choices.

Golden Promise, Pale Ale Malt, and American Pilsner are some other options of the grain bill. Golden Promise is clean and crisp but may lend a little more malt character than needed. On the other hand, American Pilsner is lighter, giving the beer a lighter overall color. It maintains a nice crisp malt profile.

If you want a clear IPA, this is the malt to use.

These will lend a good head formation and foam retention with slight residual sweetness and caramel, toffee flavor. The best way to choose specialty malts is to use the K.I.S.S rule – Keep it super simple.

A good option is Weyermann’s Floor Malted Bohemian Wheat malt. It adds a nice complexity and gives the beer a good head and foam retention.

Another malt you can add to this style is the American Crystal.

One of the biggest characteristics of a West Coast IPA style is its crispy, dry body finish. The secret to getting this, as noted by most experts, is a shot of simple syrup in the form of dextrose. But stay under the 10 percent level.

Hops are the most important part of this beer style. It is best to stay away from a co-humulone variety of hops and stick to cleaner hops. Pliny is one of the best options at a 90-minute boil.

In addition, Simcoe and Columbus are excellent options too. Centennial and Citra hops are a second close best.

The most important part of dry hop additions is extracting the flavor from heat extraction at the right temperatures between 180 F and 160 F. One of the best ways to get the full complexity of hops in aroma and flavor is to match the whirlpool and dry hop additions.

The layering hop character creates a broad, saturated hop profile on the palate.

– Set the Yeast for Success

A suggested water profile for West Coast IPA is:

Characteristics of a West Coast IPA: The Beer Style Profile 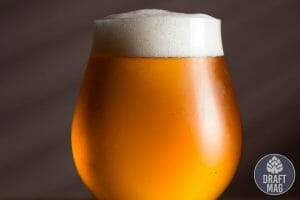 When you make a West Coast IPA or a West Coast Pale Ale, it is important to hit distinctive bitterness achieved from early boil hop additions. Next is to achieve the super dry, crisp overall or file, and the third is to finish well with a good hop aroma and flavor.

These tasks require balancing the bitter with tones of early, mid, and late hop additions. This will give the beer a multi-dimensional bittering profile.

Another important part of making this beer is the multiple combinations of balancing malts. The finish needs to be dry.

What Is a West Coast IPA: Everything You Need To Know About This Beer Style

Origin of the West Coast IPA: How the World’s Latest Craze Started

A decade ago, any beer labeled “West Coast IPA” would be considered dry and intensely bitter India Pale Ale. This term became intensely popular in San Diego a couple of years ago, denoting the beer style to be extremely hop-forward.

2010 onwards began a drastic transformation in style. Nouveau hop varieties like Citra, Mosaic, Galaxy, and Nelson Sauvin became popular. With the use of these, IPAs were already trending to be juicier and sweeter.

Malt Flavors slipped away, colors became lighter, and high IBUs also started coming down. This is when NE IPA started to trend (around mid-2010). This change in West Coast IPA brought in the Hazy IPAs.

This beer is ranked consistently one of the best IPAs. This beer is hopped five times during the brewing process. It guarantees some weed-terpene darkness alongside mouth-watering citrus flavors and aromas.

It has hints of lemon zest, juicy peach, and pine trees. There are some notes of guava, mango, and pineapple. The finish is tart-like and tangerine.

Green Flash is one of the best brewers for West Coast IPAs. This beer is hopped at five intervals with five hop varieties and a bizarre mix of fruits, ripe citrus, and floral hops. It smells like grapefruit, tangerine, pine, and wildflowers.

It leaves a caramel, richly malty, and zesty lemon mouthfeel. The finish is crisp tart-like and has a lovely bitter backbone.

This beer is loaded with Simcoe, Centennial, and Amarillo hop. It has subtle scents of ripe oranges, zesty lemons, and floral notes. On the palate, it throws flavors of juicy grapefruit, guava, tangerine, and caramel sweetness.

This beer is made using seven different hop varieties, making it piney, resinous and floral beer. The beer has strong welcoming aromas of caramel sweetness, crisp malts, and a pine pineapple mixture. On the palate, this beer is spicy, with bitter hops, with flavors of fresh grass and lemon zest being prime. 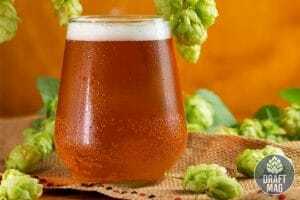 West Coast IPA was only recently found and became extremely popular. Hazy IPAs followed this style around the late 2010s.

Here are the facts you need to know about this special concoction:

This beer is extravagantly defined by its crazy hop combinations and multiple-stage hopping. Jump in the craze; you won’t get disappointed!