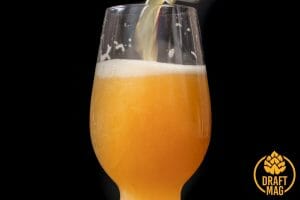 This hazy IPA Recipe is the one you have been looking for this summer. If you are a homebrewer who has been wanting to try this lovely summer-style beer, search no further.

This guide has all the information about hazy IPAs and some excellent tips and tricks from beer experts on how to make this type perfectly.

This is one of the easiest Hazy IPA homebrew recipes you will try. Not very high on its alcohol percent, this brew is best for any time of the day.

Below, we go through the Hazy IPA ingredients and the methods of brewing one:

Now the beer is ready to be packed and consumed. Consume the beer within a month of packaging.

How To Make a Hazy IPA: Expert Tips and Recommendations

These are some of the best recommendations from expert brewers on options of grains, hops, and yeast varieties.

Use these tips to brew hazy IPA:

These ingredients are usually used to create a silky and creamy mouthfeel and cover up some of the hop bitterness. Hazy IPAs are unfiltered, so plenty of particulate matter remains, therefore making it hazy

Getting the right quality of hops is extremely important to make an excellent Hazy IPA. At dry-hopping ratios, you can’t hide bad hops. It is important to know when exactly to add the dry-hops. Brewers suggest waiting for primary fermentation to subside before adding dry hops.

Technically, one to three days after pitching yeast is a good time. Dry hopping during active fermentation takes advantage of a process called biotransformation. This helps to draw out strong fruity and juicy aromas. After this step, you can also dry-hop in the keg a few days before bottling.

Some examples of hops that you can use are:

Characteristics of a Hazy IPA: As Stated by the BJCP

By BJCP guidelines, hazy IPA is a “Specialty IPA.” The style guide says Specialty IPAs are a “balance and overall impression of an IPA (typically, an American IPA) but with some minor weak” 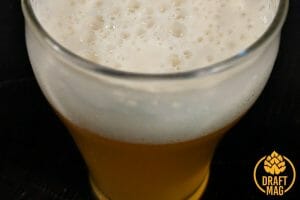 The West Coast IPA showcases citrusy and pine flavors and aromas and has a more fruity character. Hops are front-loaded in the kettle boil, thereby extracting more bittering qualities. The malt body balances the hops, and the drink remains crisp.

On the other hand, New England IPA is big on cold side hops, which are added during fermentation to get more bitterness and aroma. Their tastes are more juicy, tropical, with a silky, full mouthfeel.

Dry hopping is what sets the Hazy IPA apart. Oats and wheat (malted and unmalted) also make a big bit of the Hazy IPA recipe. The fermenters are chilled at higher temperatures to avoid the hazy to fail and vanish.

What Is a Hazy IPA: Everything You Need To Know About This Beer

A hazy IPA is a beer that has a cloudy appearance. This beer is like a light-bodied pilsner or a pale ale. You can’t see through the beer, like some other styles.

The beer looks hazy and not clear. The foggy appearance of the beer denotes its fullness. This beer requires careful planning of hops and malts combinations along with minimum filtering before packaging.

This beer is usually juicy in nature, and the perceived bitterness is almost clouded by the fruity flavors that go into making this beer. The initial feel of a pour is that of freshly squeezed orange juice. This is an excellent morning beverage as they are fruity and super easy to drink.

History of the Hazy IPA: Over a Decade Old Drink

Hazy IPAs are relatively new in the beer guide. They came into existence over a decade ago but only got famous a couple of years ago.

The first Hazy IPA is the Alchemist’s “Heady Trooper,” which they started selling in 2003. John Kimmich learned all about craft beer, giving “Heady Trooper” its complex character.

Types of Hazy IPA Beers: 10 Best Hazy and Juicy IPAs You Can Try 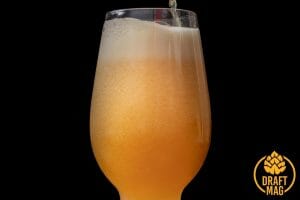 You may not enjoy IPAs generally, but Hazy IPAs are easily everyone’s favorite. Here are what we have learned so far:

There are almost endless flavors available in this IPA category, from delicious fruity notes to enchanting hop aromas. We hope you find what works for your taste.