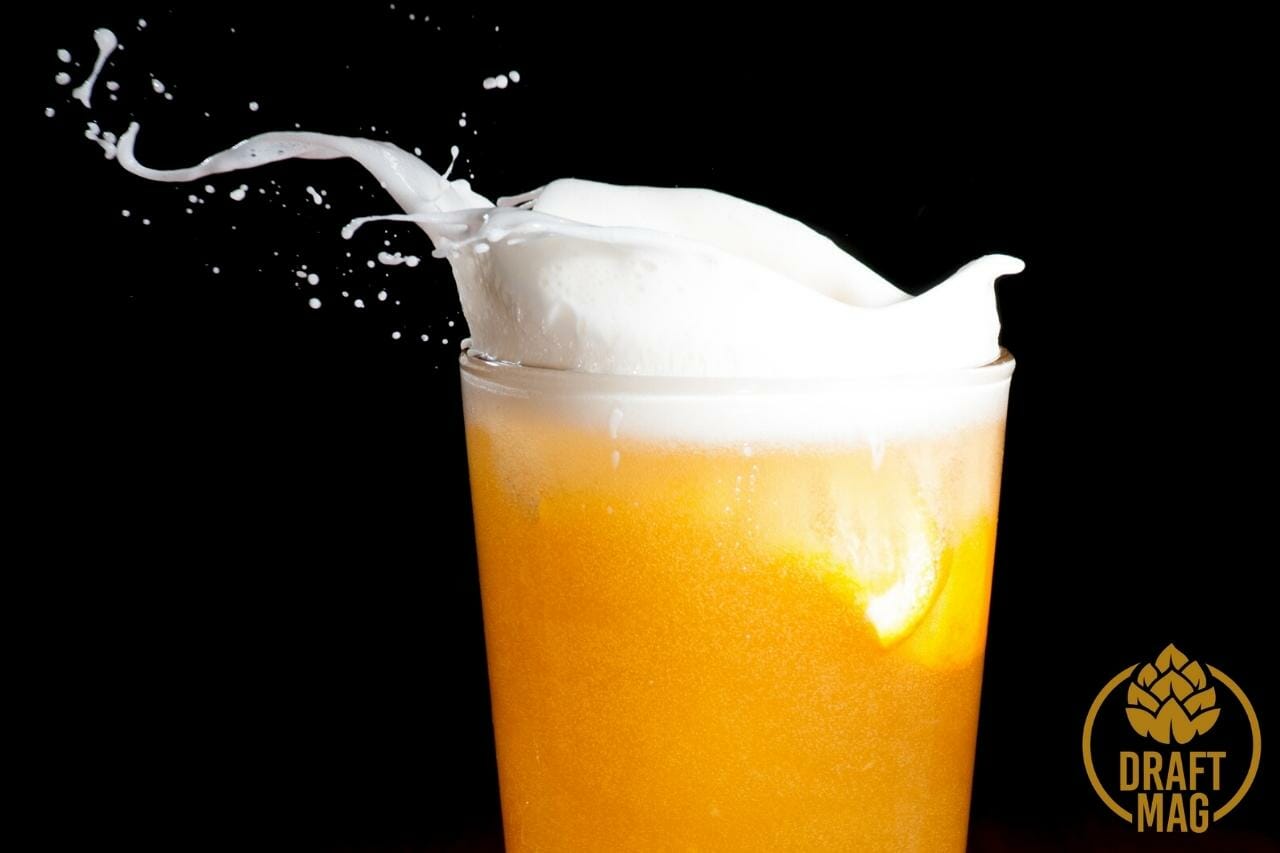 The Tangerine Space Machine is a flagship product of the famous New Holland Brewing Company based in Holland, Michigan. It is clearly a very tangerine-tasting beer and has a great mouthfeel.

Anyone starting to get into beer drinking should definitely try the New Holland Tangerine Space Machine IPA.

In this expert review, we bring you all the details about this tangerine beer you need to know, including its flavor, mouthfeel and nutritional facts!

Here is a quick overview of the stats for the Tangerine Space Machine by the New Holland Brewing Company in Michigan:

Are you curious about this beer and want to give it a try?

Aside from its fun and quirky name, here are all the important characteristics you need to know for the Tangerine Space Machine.

The appearance of a beer includes its color, the pouring head and the container the beer comes in. All these components add to the overall feel of drinking the specific beer. In today’s ever-changing times, it is very important that proper care and attention are given to the branding of the beer.

In the case of the Tangerine Space Machine, the color of the beverage is golden orange. It is a New England-style IPA and pours hazy with a white head. It is one of the most well-known and most liked IPAs in the category.

The Tangerine Space Machine comes in a beautiful and vibrant can that is very eye-grabbing. The IPA comes in 12-ounce cans, which can be brought from your nearest liquor store or ordered online.

The aroma of the Tangerine Space Machine is of tangerine. This should not come as a shocker as the word tangerine is literally in the name. Overall, the aroma may seem like that of a creamsicle for some fleeting moments, with a hint of vanilla at the back.

The mouthfeel is the overall feel of the IPA in the mouth. It can range from being easy drinkable to hardly keeping it in the mouth because of its bitter and astringent feel. Each beer has a unique mouthfeel and is the reason that many drinkers come back to their beers.

The Tangerine Space Machine is a flavor-loaded IPA. It is very evident from its name that the biggest flavor that will come through will be tangerine. The mouthfeel of this IPA is very juicy and full-bodied.

The flavor of any beer is due to the hops, malt and yeast used. Just like the aroma and the mouthfeel, the flavor of the beer is very important. Mostly the beers can be fruity and floral.

The flavor of the Tangerine Space Machine can be described bluntly as tangerine, but it may be overpowering for some. The initial taste, mid-palate taste, and the aftertaste all are filled with the blasting notes of tangerine. You may feel some lingering notes of vanilla and it may seem like a creamsicle at times, but only for some seconds.

In the case of Tangerine Space Machine, exotic foods from Mexican cuisine and various seafood such as salmon go well. As it has a tangerine flavor, you can pair it with anything that has a powerful flavor. Other than the listed food pairings, give it a try with some of your favorite foods. 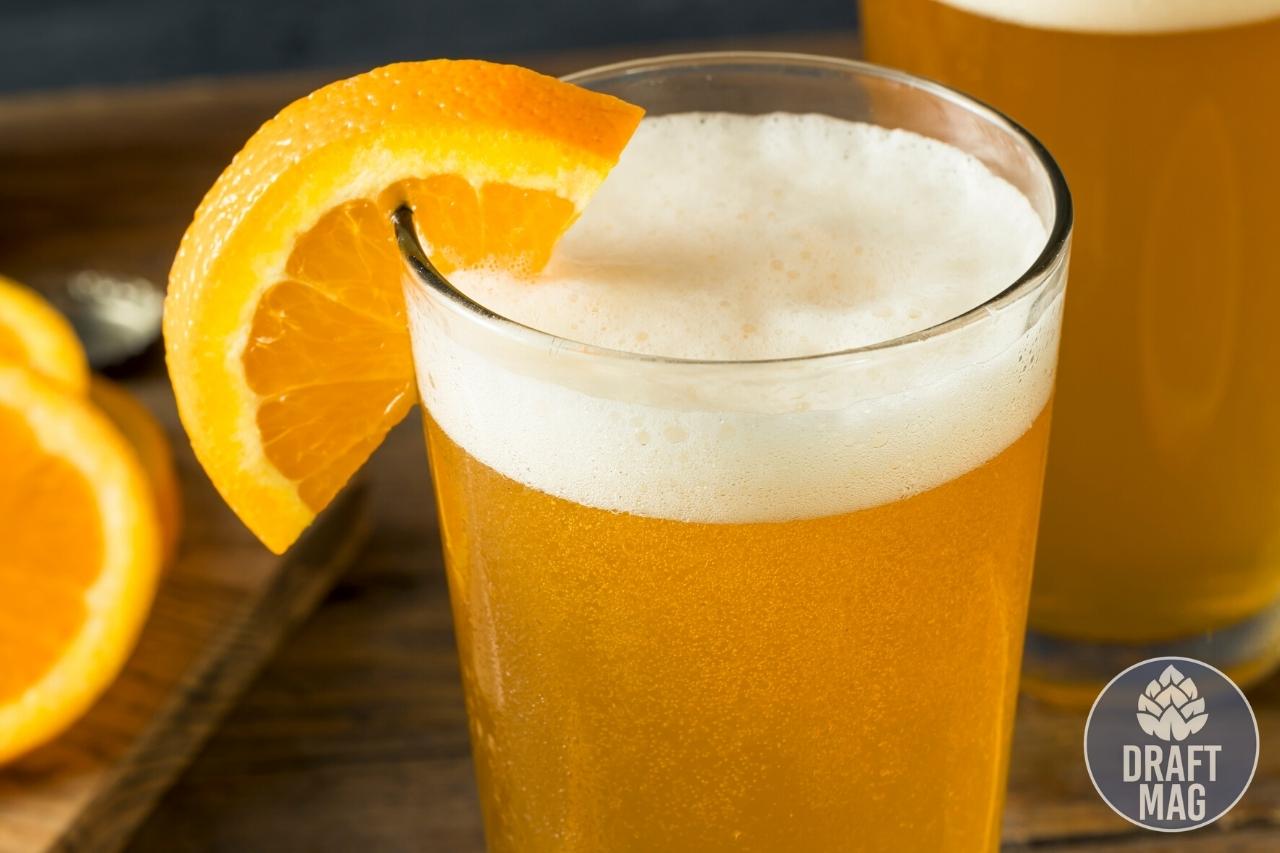 The Tangerine Space Machine is a New England-style IPA. Traditionally, an IPA is made with three main ingredients: hops, malts and yeast.

In addition to these ingredients, flavorings can also be added.

In this case, tangerine is the flavor added to this IPA, which results in a hazy drink that is pronounced when poured into a glass.

An IPA is usually made by first boiling the hops and the malt together. The mixture is then mashed to break all the sugars and enhance the flavor. The next step is the addition of yeast, which will bring fermentation.

In the next step, the fermented liquid is filtered and the final product is now ready to be stored. The storing time depends upon the type of IPA at hand. Lastly, the final product is packaged and sold. The brewing process for any beer requires a lot of attention to detail and patience.

The beers are brewed by using hops, malt and yeasts. These components impart nutrition to the beers and also make them tasteful. Knowledge of the nutrition of your beer is very important for people who are looking to cut down calories or be a little diet-conscious.

The Tangerine Space Machine is brewed in Holland, Michigan. The New Holland Brewing Company has been brewing since 1996. The company is well known, with its various beers sold at the in-house restaurant, distributed all around 44 states, and exported to Canada, Europe and Asia. In fact, it may be the most widely-operating beer company in all of the USA.

The New Holland Brewing Company was founded by Brett Vanderkamp. The large company brews about 47,000 beer barrels per year. It has a variety of all-year-round beers and also some exclusive seasonal beers. The company has a wide audience as it has restaurants and taprooms for its customers to dine in. 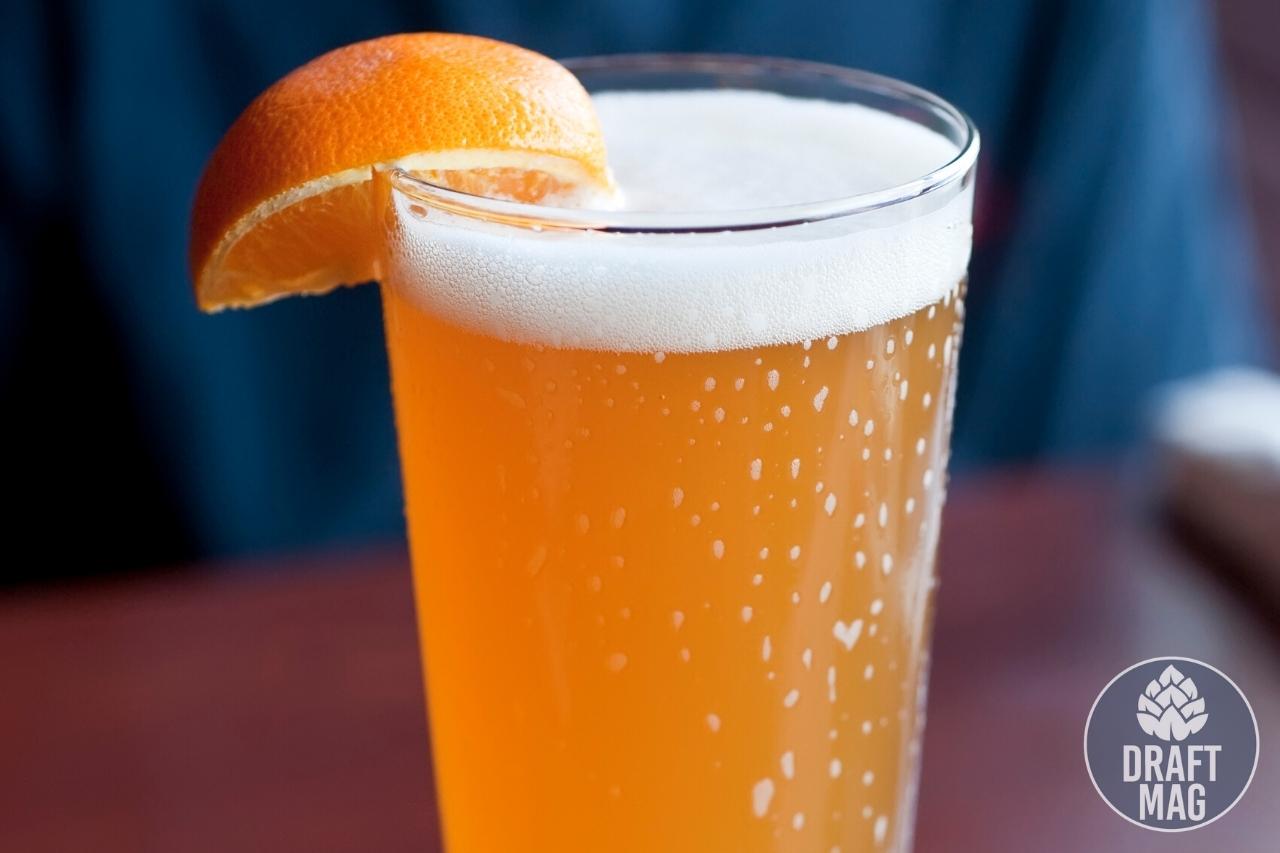 The New England Style IPA from the New Holland Brewing Company is a cult favorite with its broadly tangerine-tasting flavors with very low notes of vanilla.

It is a good beverage for anyone looking to escape the heat or get into beer drinking, so here are the main features of the Tangerine IPA: