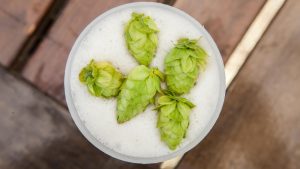 The Citra IPA recipe is simple enough and widely sought-after by beer enthusiasts and homebrewers who want to enjoy a fruity Indian Pale Ale in the comfort of their homes. This citrus-flavored beer will give you a fruity aroma and a taste of summer, as long as you follow the recipe directly.

If you want to start your homebrewing experience or expand to try out other recipes, Citra IPA will be a good first choice. This guide will cover how to make Citra IPA and double IPA, what it tastes like and how to drink it, so keep on reading to find it all out.

How to Make Citra IPA

If you want to brew Citra IPA with an alcohol content of 6.0 percent and an IBU of 118, you can follow the steps listed below. This recipe uses malt extract, so you don’t have to worry about all-grain brewing.

Boil five gallons of water until it reaches 170 degrees Fahrenheit.

Steep the grains for 30 minutes, and then boil the wort.

Once you have a rolling boil, add a quarter of the pale liquid malt extract.

Boil for 60 minutes and follow the hops schedule, which involves adding one oz at the specified times and two oz at the dry hop.

Allow for flameout, and then add the rest of the pale liquid malt extract.

Leave the liquid in a closed vessel for fermentation. This will go on for up to two weeks, at a temperature of 68 F. Remember to ferment with yeast.

After two weeks, add the rest of the Citra hops, leave it for one week, and then distribute it to the bottles or kegs you plan to store them in. You can store your Citra IPA and drink it above room temperature.

How To Make Citra Double IPA

If you want even more alcohol and a deeper taste than you get with the previous recipe, you can make a Citra double IPA instead. 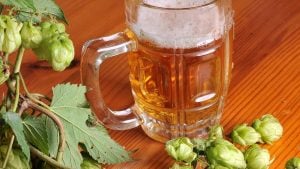 The recipe below will give you an alcohol percentage going as high as 7.35 percent, but if you ferment it for even longer, it can go as high as 10 percent. Those who enjoy a strong citrus taste, alcohol content, or something similar can go for this recipe instead.

Boil 8.5 gallons of water until it reaches 150 degrees Fahrenheit. Once it gets to this mark, remove two gallons in a smaller pot and leave the remaining gallons. After the mash, the two gallons will be set aside and used as sparge water.

Mash/Steep the grains for 60 minutes at 150 degrees Fahrenheit and stir them to prevent clumps.

Reboil the reserved water until it reaches 170 degrees Fahrenheit, and sparge this water through the spend grains.

Distribute it into bottles and kegs for storage and serving. Remember to drink it at above room temperature.

What Is Citra IPA?

A Citra IPA is an Indian Pale Ale made with Citra hops. Citra hops contain a high level of alpha acid and a citrus flavor and aroma, hence the name. It also has a strong, floral, smooth taste and scent when you introduce it in your beer-making process. Furthermore, keep in mind that IPA stands for Indian Pale Ale, a lighter pale made with more hops and higher alcohol content.

Citra hops have become very popular among homebrewing enthusiasts recently, as they feature an intense flavor profile that offers a smooth taste. They fit perfectly with IPAs and other pale ales, offering a balance between the deep citrus flavor and light ale.

IPA is also a popular beer choice, becoming even more famous in the past five years. Many craft breweries are also making this type of beer, giving those who enjoy craft beers a higher alcohol content than they are used to. It also has a unique taste from other ales.

Citra IPA tastes like citrus fruits and pale ale. The Citra hops IPA have a fruity and citrus taste combined with light ale. The primary flavor is similar to tropical and citrus fruit, depending on the hops you put in.

These flavors include orange, lemon, grapefruit, mango, gooseberry, pineapple, lychee, and papaya. This is the same with the scent, as you can expect a pungent and robust citrus smell from it.

Asides from the flavor, Citra IPA has a crisp and sharp feel on your palate, offering a refreshing drink. It will also be appropriately carbonated as long as you strictly follow the recipe, so you can expect decent head retention when you pour it out.

Besides knowing how to make Citra IPA, knowing the best food pairings is essential, so you enjoy it with a lovely combination when it’s ready. Fruity beers like this go well with white meat, fruity desserts, mascarpone cheese, spicy and herby foods, fruity-dressed salads, sweet pork and duck dishes, and similar dishes.

Generally, it goes well with sweet and fruity foods, which will complement the citrus flavor of the beer.

If you’re new to homebrewing, you might not understand some terms mentioned in this guide, and these have been listed out for you.

The hops schedule indicates the number of hops you are meant to use at a particular time. It also shows how long they should boil in minutes, and once the time is up, you will add them to your homebrew.

The malt bill or grain bill is a list of the materials needed to make the wort for your homebrew. It can include different kinds of malts and grains, and you are meant to use them all in the mashing process. You can follow a Citra IPA all grain method in brewing, which is a traditional method of crushing the malted grains and mashing them, or get the malt extracts needed to speed up the process.

This is a liquid obtained from the mashing process. The wort is the mixture of the grains or malts and will be fermented into alcohol to make beer. It also contains the sugars needed for the fermentation process to be successful.

This refers to the period between boiling the wort and cooling the wort. After boiling the wort, you need to let it cool down before sending it to the fermenter. Adding more hops during this period will increase the aroma and taste of your Citra IPA.

This involves soaking the crushed grains or malts in hot water and is the first step in brewing. It will extract flavors and color from the grain or malt, which are later enhanced by adding hops. You can quickly get this done by pouring the malts or grains in hot water and leaving them there for the specified time. 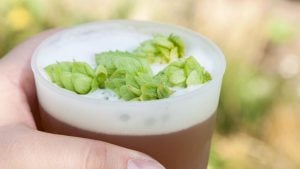 Whether you’re making a double IPA for the extra alcohol or the standard Citra IPA beer for training to make more complex beers in the future, the overall process is a good experience for new and seasoned homebrewers.

Here are a few points you shouldn’t forget from our Citra IPA recipe article:

Once your Citra IPA is ready, you can whip up a meal for yourself, family and friends, and enjoy the diverse flavor of this fruity ale.