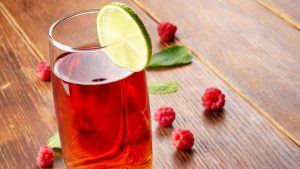 If you’re interested in learning a Berliner Weisse recipe, you’ve probably advanced in your homebrewing skills. The making process of this German sour ale is a bit different, but once you’re done, you’ll be glad you tried it.

As the beer is pretty sour, you should find out if you like it first before buying the ingredients to make it. If you do, dive into our complete guide to making Berliner Weisse and try it out today.

How To Make Berliner Weisse

Keep the tips provided in mind while purchasing ingredients and making the homebrew.

What Is Berliner Weisse? 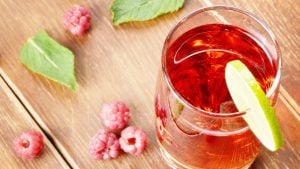 Berliner Weisse is a sour, cloudy ale with an alcohol by volume of around 5 percent. It is a variant of the popular wheat beer style and can be traced back to the 16th century in Northern Germany. The low-alcohol, tart, wheat beer has a different lactic acid taste, making it sour.

While there were strict rules in Germany over brewing, brewers could not make many other types of beer, so the Berliner Weisse was one of the victims of the overwhelming popularity of lager.

Ales were left behind, and by the 20th century, only a handful of breweries in Germany were making it. By the 21st century, there were only two of these breweries left.

But now, the Berliner Weisse ale has become pretty popular around the world, especially in America. Aside from the traditional styles, there are now modern American versions of the beer.

The exact origin of the Berliner Weisse sour beer is unclear, so you might come across different stories. One speculation is that the beer style originated from the Huguenots, who were Protestant refugees running to Germany from Catholic France in the 17th century. They might have come across wild fermentation used to make the beer during their travels.

There isn’t any substantial evidence to support this claim, and the first historical documents regarding Berliner Weisse was a century before the Huguenots immigration, so the more agreed-upon origin story is that Berliner Weisse originated from Broyhan beer.

Broyhan beer was first made in 1526 by Cord Broyhahn and was a pale, low alcoholic beer with high acid levels. It was prevalent for two centuries in Germany, so it was brewed with whatever was available. It is possible that they used wheat to brew it, thus evolving into the Berliner Weisse.

It’s still unclear when the sourness acquired from lactic acid became a part of the recipe, but by the 19th century, this beer was the most fashionable in the north. It was loved by Napoleon Bonaparte so much that he even called it ‘the Champagne of the North.’

There are a lot of wheat beers that originated from Germany with names like wit, Weisse and Weizen. The Berliner Weisse is the oldest wheat beer, but other similar types are Witbier, American Wheat Beer and Hefeweizen.

Witbier is another popular ancient beer that originated from Belgium. It was once the everyday drink before 1960, when it became a dead beer.

However, it was revived by Pierre Celis, who brought the style back around the world. It is usually brewed with citrus, coriander and other spices added to the bready wheat base, with the yeast also adding to the fruity and spicy flavors.

American Wheat Beer, or simply wheat beer, is made using American yeasts. These beers don’t have the spicy and fruity flavors of witbier or the banana and clove flavor of hefeweizen, but they have noticeable hop characters and a crisp taste.

Hefeweizen, which is made with half wheat, is also compared to Berliner Weisse. It also has a strong presence of clove and banana with hints of vanilla and bubblegum. It is fermented with Bavarian yeast strains.

The right color of a Berliner Weisse is similar to sun-bleached straw. As for the clarity, it ranges from visible to kind of hazy. The carbonation is similar to champagne, with a spritz and fizzy look. As for the head, it is large but dense with poor retention.

The aroma of this sour ale changes the more it ages. When it’s fresh, it has a dominating sharp sour note that tingles your nose. You might also perceive the wheat character in the form of sourdough or raw bread dough. There are hints of fruits like tart apples or lemons too.

The fruity aroma will increase after aging for a while and will create a flowery feeling. There are always no hops in the aroma, whether the beer is fresh or not. It might also have a funky scent in character, but it’s fine if it doesn’t.

Berliner Weisse features a light body with high acidity and carbonation. It gives you a fizzy and spritzy feeling on your palate. You won’t taste the alcohol on your palate, and it finishes crisp and dry.

The flavor of the Berliner Weisse is dominated by the clean lactic acid sourness, while the bready, grainy and doughy flavors from the wheat are relegated to the back. It offers a balanced taste, with no flavors or bitterness from the hops. While it is usually sour, there should be a base of malt.

The sourness of this beer should not be similar to vinegar but more like lemon or tart apple-like fruitiness. Depending on the yeast you use, there might be a funky farmhouse character in the taste.

Tips To Keep In Mind

Before you start brewing your Berliner Weisse, here are some helpful tips to keep in mind as you buy ingredients.

When choosing grains for your Berliner Weisse beer, it’s best to select exact amounts of wheat and Pilsner malt. About four pounds each is perfect for a five-gallon batch of beer. Aside from this, there’s nothing more to consider.

Traditionally, there are no hops when making a Berliner Weisse. But if you like having hops in your beer, you can divert a little bit from the usual flavor to add hops with grassy and herbal flavors.

A good example you can use is the Hallertau and Sorachi Ace hops as they go well together. You can also use New Zealand hops if you want something more interesting.

It would be best to have yeast and a lactobacillus culture with enough esters to bring out the taste of the beer, but if you want some farmhouse character in the scent and taste, you can go for the Brettanomyces yeast.

When pitching yeast and lactobacillus in your wort, the best way to do so is to pitch and wait. It’s best to leave the wort for about two weeks after chilling it and adding the lacto before you pitch your yeast. If you add the yeast too early, you might end up overshadowing the lacto culture; thus, it won’t have as much sourness as it’s supposed to.

Making Berliner Weisse also needs kettle souring, which involves mashing, lautering, sparging and then flushing the headspace of the kettle with CO2. Then you add the lacto culture and hold it at one temperature. It would be best to do this before boiling the wort as usual.

You can use this to target a certain sourness and Berliner Weisse pH level. You should check the pH level before and after fermentation.

You can increase the acidity of your beer using this cheat method. Add lactic acid when packaging the beer, and you can get the right level of acidity you need.

Because of its low alcohol level and high carbonation, the Berliner Weisse ale features a crisp, tart taste. It can be paired with different kinds of food depending on how it is served. It can either be served straight or with a type of syrup.

The most popular syrups added are woodruff or raspberry. If you can choose the right syrup and make a delicious batch of Berliner Weisse, it will pair easily with a wide range of cuisines.

There is also non-sweetened Berliner Weisse, which you can pair well with tart fruits in salads or desserts. You can have strawberries and kumquats or make a fruit bowl with raspberries, tart melon, cherries and strawberries. Add some raspberry syrup to your beer for a better taste.

If you add lemon syrup or serve the Berliner Weisse straight, you can pair it with fish dishes like baked tilapia or ceviche. It also goes well with Asian dishes or light salads with eggs and nuts. Alternatively, you can have your beer with goat cheese and eggs Florentine, which will partner well with the tartness and funk in the beer.

You can have this beer with snacks like French fries, pretzels or potato chips for some casual food pairings. It makes a good palate cleanser with its crispness and goes well with other crisp foods. It also goes well with types of food that have rich, caramelized flavors like pork chops, sausages and roasted ducks as well as Jamaican, Mexican and Asian dishes.

For cheese lovers, you can pair the Berliner Weisse with funky cheeses like Havarti, goat milk cheese, Chevre and the like. It also goes well with pungent cheeses like Limburger, blue cheese or Munster cheese.

Berliner Weisse ale tastes best when served in a Goblet, Chalice or Weizen glass. It should be served around 42 to 46 degrees Fahrenheit.

You can also serve this beer with different syrups as mentioned earlier. If you’re not familiar with sour beers, this is an excellent place to start, but after a while of using syrups with your ale, you should wean yourself off it and enjoy the true character of the beer. You should also avoid adding syrups to ale that has been aged for a long time.

You should store your Berliner Weisse at cellar temperatures in a dark and cool place. It can age for a long time because of its low alcohol content.

Conclusion: Make Your Own Berliner Weisse! 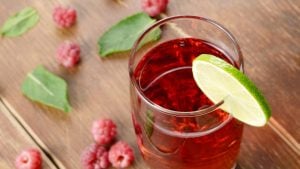 With this complete guide, you now have all you need to make your own Berliner Weisse ale!

It’s pretty straightforward for both new and experienced homebrewers.