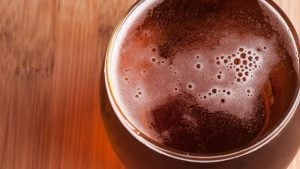 While a Vienna lager recipe is not the first thing on a homebrewer’s mind, it usually comes up when you want to try something new. This rarely-found beer can be done in your kitchen, although it might not be similar to the real thing.

If you’ve decided to upgrade your homebrewing skills, you can try making a delicious Vienna lager. Continue reading our complete guide to making this beer, and start cooking it up in your kitchen.

How To Make Vienna Lager

Now you can gather all your ingredients together and follow our Vienna lager all grain recipe. If you’re an extract brewer, you can get malt extracts of the grains and malts in the recipe. While it won’t taste exactly like the classic lager, it will be a bit similar to it, and you can enjoy the unique taste.

The recipe includes some terminology that new homebrewers might not be familiar with. The malt and grain list will show all the grains needed to form the beer base. Then, the hops schedule is the hops you will need to make the beer and the time you are meant to add it to the wort.

What Is Vienna Lager?

A Vienna lager is an Austrian beer style similar to Marzen beer. It features an amber color and subtle hops, leaving you with a toasty and crispy flavor and a lingering caramel taste.

The lager is not very popular among breweries, and even when they do make it, they give it other names for marketing purposes. But it has been around for a long time and is the favorite of many beer drinkers.

Since the average beer drinker does not know what a Vienna lager is, not many people order it whenever they go out, and homebrewers don’t think of it when making beer. Despite this, the Vienna lager has a long and mysterious history coupled with an impressive flavor profile.

Once you try out the Vienna lager, you might either enjoy it and be happy you did, or decide that it’s not your type of beer.

The invention of the Vienna lager beer can be traced back to the act of stealing and borrowing wort in the 1800s. In the 1820s and 1830s, Gabriel Sedlmayr and his friend, Anton Dreher, the owner of Brauhaus zu Klein-Schwechat, went on a beer tour. They were both brewers and made stops all around the continent, mainly focusing on Britain.

The two brewers went to breweries with a hollowed-out cane and stole wort from them. Then, they studied it and came up with their own new technology. Dreher moved from making ales to lagers like the Vienna lager.

Dreher created the first Vienna lager in 1841 using the technology he had stolen. He initially called it the Klein-Schwechater Lagerbier and was later called the Vienna lager when it immediately became a big hit. The beer was lighter than others at that time and earned Dreher the title “beer king.”

As clear glassware was also economical to produce, the lager was stored in transparent containers that showed off its attractive color. The dazzling color made the beer even more popular, but as new styles emerged and brewing techniques evolved, they eventually became lost from the limelight.

Only a few breweries make Vienna lagers, so if you want to purchase these canned or bottled lagers, you might have to check a couple of stores before you find one. With that being said, it doesn’t always taste similar to the original Vienna lager.

Some beer styles are difficult to replicate by craft breweries, especially when making it taste like the classic version. Vienna lager is one of them, so if you want to brew it and use the exact name, it has to meet the flavor mark closely.

Only a few breweries go the extra mile to source real ingredients, like Vienna malt, Vienna lager yeast, German Noble hops, and even the proper equipment needed to make the lager properly. Aside from this, any other Vienna lager, even the one made by homebrewers, can only come close to the real one but not quite hit the mark.

Because of this, breweries don’t bother to go through the stress of making a Vienna lager for their customers, and, even when they do, they give it other names like Oktoberfest. Even if Vienna-style beer is not popular, experts expect it will always remain in the market on a small scale.

The Vienna lager is usually compared to the Mexican style lager because the latter stemmed from the former.

Today, the Mexican lager has more in common than the Vienna style lager than other fizzy beers. In fact, for a long time, you could easily find the Vienna lager in Mexico rather than in Europe, where it originated from.

As more pale lagers emerged in Europe, the Vienna lager became less popular, but Mexico was experiencing an influx of immigration, of which many people were trained in the act of making Vienna lager. Thus, the Vienna lager was influenced by local ingredients, leading to the creation of the Mexican lager.

Under the Beer Judge Certification Program, the Vienna lager is defined as an Amber Bitter European Beer. Here are its most distinctive characteristics. 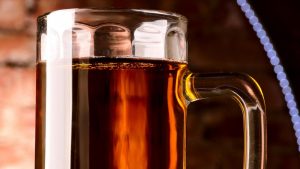 The primary color of the Vienna lager is amber, but it ranges from orange copper to light amber, nearing red. The head has an off-white color with a soapy and thick texture. It also features brilliant head retention, so you can enjoy the full experience when you drink your beer.

As for the aroma, the primary scents you will perceive from this beer are malts, mostly of toast and bread. While this comes at medium intensity, it won’t overwhelm the entire scent. Also, you shouldn’t expect whiffs of caramel or any roasted aromas, or you didn’t do it right. You will also smell floral and spicy hints from the hop character.

As for the mouthfeel, the beer features medium carbonation and will feel smooth and creamy on your palate. It also has a light to medium body as a pale lager, and feels clean on the tongue.

The taste of the Vienna lager is its real highlight, with the malt flavors taking front and center. It features a complex and light toasty flavor without dark roast or caramel hints. The malt is well-balanced with the hops for some bitterness, but it’s not overwhelming. Instead, they are low, including floral and spicy hints.

It is also a clean lager with no esters or phenols present in the taste. It cleanses the palate thoroughly and has a dry and crisp finish. As for the aftertaste, there will be noticeable malts and hop bitterness, although it won’t feel harsh against your tongue.

Tips To Keep In Mind When Making a Vienna Lager

The Vienna lager flavor goes very well with foods that go with Oktoberfest or Marzen beer. The beer is malty and bready and will go well with bratwursts and mustard, venison, spiced chicken wings and grilled meat. You can also enjoy the beer with seafood such as spicy crab cakes and battered fried fish and chips.

If you enjoy eating vegetables, you can grill them to become a bit sweet then enjoy them with this malty lager. Cheese lovers can pair this lager with Stilton, mild Pepper Jack, Emmental and mild Gruyere.

As for desserts, the Vienna lager goes with nutty and light sweet foods. You can enjoy an almond biscotti or coconut flan with your lager.

The Vienna lager looks best in a pilsner glass or a flute. The serving temperature is between 45 and 48 degrees Fahrenheit to enjoy the taste entirely.

As for storage, the Vienna lager should be kept in a cool place away from light. The temperature should be the same as the serving temperature, and you should consume it between 4 and 6 months to properly enjoy the taste. 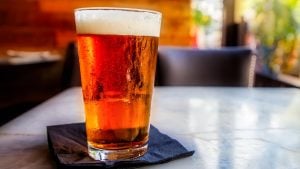 Now that you know how to make Vienna lager, you can enjoy a glass with your bratwursts at any time.

This delicious beer is best for all seasons and will taste great with the recommended kinds of food.

While it might not taste like the original Vienna lager, you will enjoy this beer as long as you do it right.