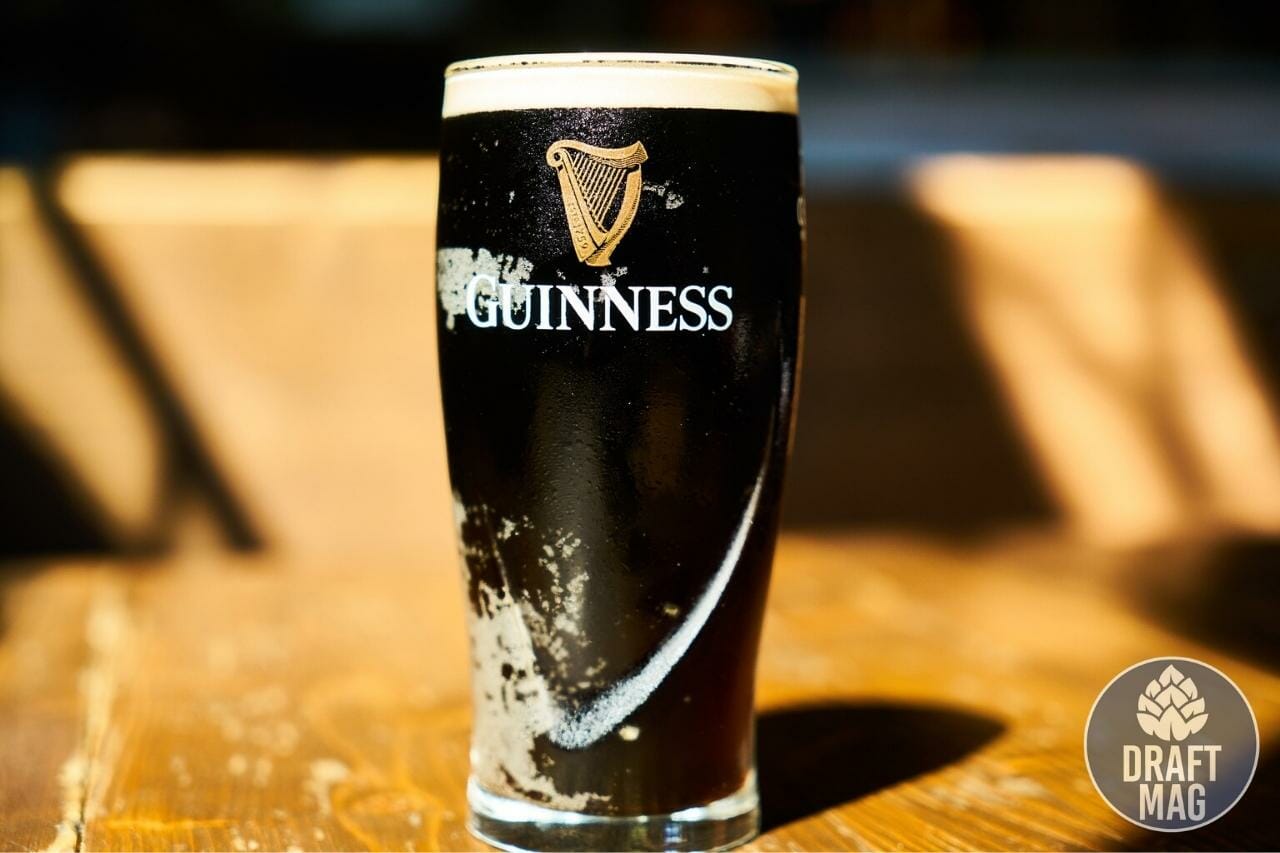 Having a Guinness clone recipe may not be enough to guide you through brewing this classic. This is why we are providing you with step-by-step directions on how to go about creating a brew that is 99.99 percent similar to the original Guinness.

If you follow the detailed guide in this article, you can be sure of success.

Without further ado, let’s get right into it!

How To Make Guinness Clone: The Ultimate Recipe

As you would expect, replicating one of the most iconic beers ever is not an easy task. Even though the Guinness homebrew recipe seems pretty easy to work with, the final brew often lacks originality. Therefore, the best we can do is create a clone, and a delightful one at that.

The following steps will help you brew the best Guinness clone:

In the Guinness stout recipe, there are three types of grains included. The grains and their needed quantities are 5 pounds of English 2-row pale malt, 2.8 pounds of flaked barley and a pound of roasted barley.

Guinness hops are essentially bittering hops. With that being said, 2.5 ounces of Fuggle hops would suffice. Once you have your ingredients ready to go, you can proceed with the brewing process.

Heat about 2.6 gallons of water to about 160 degrees Fahrenheit. Add the crushed grains and flaked barleys. Make a mash, stirring the added grains in the boiling water for about an hour.

As you stir, the temperature gets to around 168 to 170 degrees. Stop and allow it to rest for a short time.

After about a 5-minute wait, you should have a clear wort. Collect the wort into a kettle, and sparge the collected wort with hot water of about 170 degrees. Then proceed to boil as you would normally do when brewing any beer.

Boil the wort for 90 minutes. However, you must ensure that you add the hops at the half-hour mark. The addition of hops early during brewing allows the bittering features of the hops to thrive well in the resulting brew.

Once boiling is complete, allow the wort to cool before transferring it into the fermenter. Aerate the wort and pitch yeast carefully, avoiding contamination. Aeration of wort allows yeast to grow well and increase for ideal fermentation.

Allow the fermentation process to occur at room temperature (68 to 72 degrees Fahrenheit), which is best for yeast growth.

Packaging is the next step after the full fermentation of your beer. Take specific gravity readings at intervals. As soon as you notice similar readings, this indicates a complete fermentation. The next thing is to proceed to beer packaging.

Notably, fermentation should be completed a few days after pitching. Homebrew packaging is always by bottling or kegging. Both packaging systems are suitable for the brew, provided you do them properly. However, you might need to push with a nitrogen blend to enhance the mouthfeel when kegging.

How To Make Guinness Clone by Souring Dry Irish Stout

Another effective way to brew Guinness clone is to sour a dry Irish stout. This hack is effective since the unique taste of Guinness is due to the souring process. Therefore, souring this dry Irish stout provides a flavor and mouthfeel similar to Guinness’.

Here’s how you can achieve a Guinness clone using this procedure:

Like other dry Irish stouts, Guinness beer ingredients call for three types of grains – Maris Otter, Flaked barley, and roasted barleys in a ratio of 70:20:10. Maris Otter is the base malt for this recipe. However, roasted barleys enhance the mouthfeel of the resulting brew, while the roasted barleys give it the deep red to black Guinness color.

The hops would also be bittering hops, and 2.5 ounces of Fuggle is good enough. Use Wyeast 1084 – the Irish ale yeast.

Follow the necessary steps as you would do for your homebrew.

For clarity’s sake, the steps are:

Also, you should ensure that all necessary conditions are maintained.

And, of course, make use of the Guinness beer recipe provided above.

Once fermentation is completed, we have a typical dry Irish stout. However, we mentioned earlier that the unique taste of Guinness is caused by the souring process, so we will need to sour the brew. Take note that souring can be done after brewing or midway through the actual brewing process.

The simplest way of doing this is to add a few drops of 88 percent lactic acid to the brew after fermentation. Some say this is what Guinness does to get its distinct taste since it is a cheap and very effective method. Adding 3 to 4 drops of the lactic acid to 5 gallons of fermented wort (the brew) should do the trick.

This should provide your beer with that distinct Guinness taste. However, you can add a few more drops if the taste isn’t there yet. You can then proceed to packaging the beer, with kegging or bottling being the go-to packaging options.

Another method of obtaining a sour taste similar to Guinness’ is to aerate a portion of the wort. After separating the wort from the spent mash, take a small amount, say about two to three cups, and keep it in a container for about three days. Then proceed with the normal brewing process, of which the next step would be to boil the wort.

You should have a fermented beer in less than five days. Also, the portion of isolated wort would have attained some level of sourness. Add this sour wort to the brew. In this case, the sour wort acts as the souring agent and aids in souring the dry Irish stout.

This method is also effective and exciting. If you like to experiment, you should try it. What you will have in the end is a beer with similar features to Guinness.

Acidulated malt also refers to sour malt. In this process, the idea is to activate souring during the mashing process. When making the mash, add a small amount of sour malt into the grain bill before carrying on with the usual brewing process. The final brew should possess sourness that matches the features of Guinness.

Of the three methods discussed above, the first is often the most effective. After all, rumors have it that it is the process used by Guinness. However, if you love to experiment and try out new things, you can use any of the three different methods. If done correctly, you will get a top-notch Guinness clone.

How To Identify a Fake Guinness Stout

Here are a few pointers to enable you to distinguish a good Guinness stout from a poor one:

After sipping a glass of well-poured Guinness, the glass should have a coat of creamy white foams as residue. You’ve just consumed a bad Guinness if you end up with a clear glass with no foams.

In Ireland, amongst beer (Guinness) lovers, finishing a glass with a full coat of white creamy Guinness residue is one most refreshing beer-drinking experiences. Even though it’s already more or less a staple over there, Guinness is still well-revered.

The creamy foam (head) you notice when you pour a Guinness is also a sort of an ID for proper Guinness, and the head should be about an inch thick. One other thrill Guinness lovers enjoy is the Guinness mustache you get after taking a full gulp.

When pouring Guinness, you should have a creamy beverage, and it should appear more dense than water. If your beer appears thin and watery, know that’s an indication of a bad Guinness.

Yes, stouts ought to be bitter, and Guinness is no exception. After all, bittering hops were used in brewing. However, proper Guinness beer is well-balanced with an aromatic taste. It should have a coffee flavor with an aroma of wheat bread.

You are in a bar or a pub with Guinness on tap, and you have no one else drinking it. That alone is all the indication that something is wrong. You probably need to find the next exit or order something else. What they have there is probably bad Guinness. 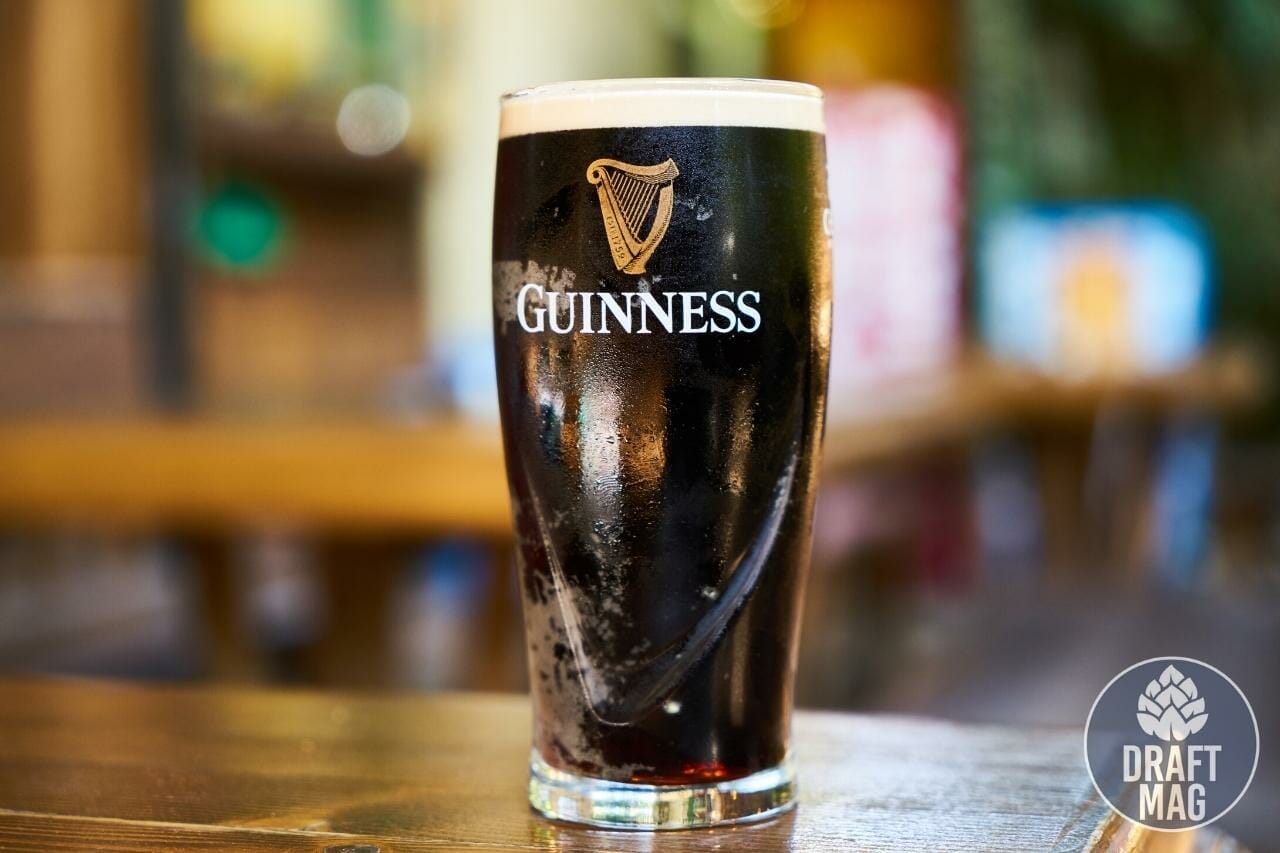 Using this article as a guide, brewing a Guinness clone shouldn’t be a difficult task anymore as we carefully highlighted two popular techniques. With that being said, let’s give a summary of the points that this article provided.

Follow the processes explained in this piece to get a Guinness clone that you will be proud of.