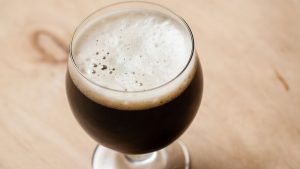 It’s not surprising that an imperial stout recipe is popular among homebrewers, as the beer is well-known for its variety and customizable style. The beer has a rich Russian history, although you can also enjoy its American versions.

Whether you’re a lover of stouts or you just want to branch into making dark beer, an imperial stout is the perfect brew for this. Continue reading our complete guide to making this delicious beer and get started today.

How To Make Imperial Stout

This guide includes both an extract and an all grain imperial stout recipe for all types of homebrewers.

Follow the instructions below to make a delicious imperial stout.

This is a complete recipe to brew imperial stout using the all-grain method.

What Is Imperial Stout?

Imperial stout, widely known as Russian imperial stout, is a strong and rich dark beer. Enthusiasts call this beer a history lesson in a bottle because there’s a rather interesting story behind the imperial stout.

The dark beer features colors as high as pure black, with dominating characters of maltiness and alcohol in its aroma and flavor. Sometimes, breweries tag these beers as extra stout. The beer is widely sold all over the world, but you can also brew imperial stout in your homebrewing kitchen.

The story behind imperial stouts is usually traced back to a request made by Peter the Great. In 1698, when Peter the Great visited England from Russia, he is said to have tasted a black beverage called stout. He liked it so much that he had some sent to the court after returning to Russia.

However, the brewers realized that the stout was getting damaged during the journey, so they added more hops and alcohol to keep it fresh. The exact stout that Peter the Great drank in England is not known, but this was the beginning of the emergence of dark beer.

The beer that was brought to Russia became the imperial stout known today and took the country by storm. It kick-started the exporting of darker ales as many people enjoyed its high alcohol content and deep flavor, especially since this region was cold.

Difference Between Imperial Stout and Other Stout Beers

Stouts are pretty complex beers, and not many enthusiasts willingly appreciate them, but there are different varieties of beer and the imperial stout is just one of them. The word “stout” generally describes the darkest, thickest, and highest ABV beers, averaging at 8 percent. It is also associated with porter, an even darker beer with hardier varieties.

The main difference between an imperial stout and any regular stout is the alcohol percentage. Imperial stouts can have alcohol by volume values between 9 and 10 percent, while the typical stout is lower, between 7 to 8 percent ABV.

There is also a difference between the tastes as imperial stouts have a more dominant alcohol flavor and aroma. It isn’t sweet like other stouts, although some American versions add maple syrup or vanilla beans in their brew.

How long the beers last is also a big difference. Imperial stouts were historically exported; they were designed to last for a long time, especially by increasing the alcohol percentage. Thus, they can last for over 180 days and age well. The more time they are stored, the mellower their alcohol flavor and aroma become.

The American imperial stout has more hints of bourbon and coffee in the taste and aroma with noticeably higher hop levels, while the Russian version is drier, with malts as the dominating taste and smell.

American imperial stout is usually barrel-aged in whiskey or bourbon barrels to give it an alcohol character. You will also see different cases of infused chocolate and coffee in the beer. This stout has higher alcohol levels than the Russian stout and a cleaner alcohol level.

You can also enjoy the residual sweetness from the American imperial stout, with rich roasted flavors that separate it from other stouts. 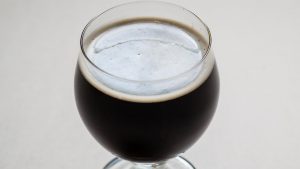 It’s always important to learn the style profile of the beer, especially if it’s one that you’re making. The imperial stout style profile indicates its appearance, scent, taste and mouthfeel. From this profile, you’ll realize that the Russian imperial stout gives you enough room to customize your beer aroma and flavor.

Russian imperial stouts have dark colors ranging from deep reddish-brown to pure black. You might see a little color in the black if you put the stout to the light. It has an opaque appearance, with a decent mocha-colored head and poor retention. You might have legs when swirling this beer because of the high ABV and viscosity.

The aromas of these imperial stouts are a bit complex, with a blend of alcohol, maltiness, hops, roast and fruity esters. The malt aromas are usually slight, being nudged by the specialty malts. Depending on your preferences, you can have the fruity esters high or low in the aroma, with prunes, raisins or plum characters in the beer.

Other typical aromas you can expect include coffee, char and chocolate, although never expected and not compulsory. The hop aromas are also standard and can be low or strong depending on what you want. The scent can change significantly when it ages too.

The Russian imperial stout has a velvety smooth and chewy mouthfeel, with a full body and an average sweet or syrupy feeling. There is also some alcohol warming with low to medium carbonation. If you condition this for a long time, the carbonation and body can change.

The overall flavor of imperial stout is dominated by intensity, richness and complexity. It can blend roast, hops, malts and fruit esters with alcohol undertones. The roasted grain and hop flavor can go from medium to high, depending on your preferences.

Like the aroma, the taste of Russian imperial stout can also change based on how long it ages. You might also taste hints of coffee, bittersweet chocolate, tarriness and burnt grain. The fruit esters are the same as the aroma, and the alcohol taste is noticeable but not sharp.

There are also undertones of toast and caramel in this beer. It has a warm, roast and hop bitterness finish after drinking and can also be dry and sweet.

Whether you’re making your recipe or trying out the best imperial stout recipe in this guide, there are essential factors to consider before making this beer.

– Use the Right Grains

The key to making a delicious imperial stout is in the grains you use. It’s best to use European malts as your foundation and focus on layering to create a complex character. About 20 percent of your brewing malts should be dark and roasted, then you can use specialty malts to give it more depth and mouthfeel.

– The Best Way to Mash and Sparge

It’s always best to step mash or mash for 90 minutes instead, and be patient while mashing and sparging, as you need to do this very slowly. The sparging should take about an hour or longer so you get the right flavor.

– Use Twice the Yeast

When adding yeast to your Russian imperial stout, use double what you would’ve used in an average beer brew. It’s also advisable to oxygenate your wort before adding the yeast.

Since imperial stout has a deep and complex flavor, you will need a larger hop dose than usual. They should also have a relatively high alpha acid content and a distinct minor flavor.

You can decide to make a plain imperial stout or add more flavors to enhance it. From variants like imperial chocolate stout to whatever you can come with, there’s a lot of room for creativity. This also means that you can pair this dark beer with different types of food.

You can pair the stout with beef stew, crisp bacon, gorgonzola, steaks, Portobello mushroom and tiramisu. It goes well with different spicy, roasted and smoked dishes. As for desserts, you can also enjoy this beer with chocolate and other sweet food.

It’s best to serve your imperial stout at temperatures between 50 and 55 degrees Fahrenheit. It would be best to use a snifter glass to get the best of the complex aroma that it has to offer. This cup features a broader base but narrows at the top. Since the beer does not have good head retention, you can enjoy sniffing it while swirling the drink.

As for storage, this beer can last for up to nine months. Because of the nature of imperial stouts, it will age well, although the taste and aroma will change the longer it ages.

Final Take: Anyone Can Make an Imperial Stout 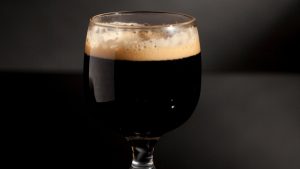 Imperial stout recipes are friendly to all homebrewers whether new or experienced. Because of how variable they are, the stout is pretty forgiving when being made.

Whether you’re an extract or all-grain brewer, you can start gathering all you need and make a delicious imperial stout. Anyone can do it!