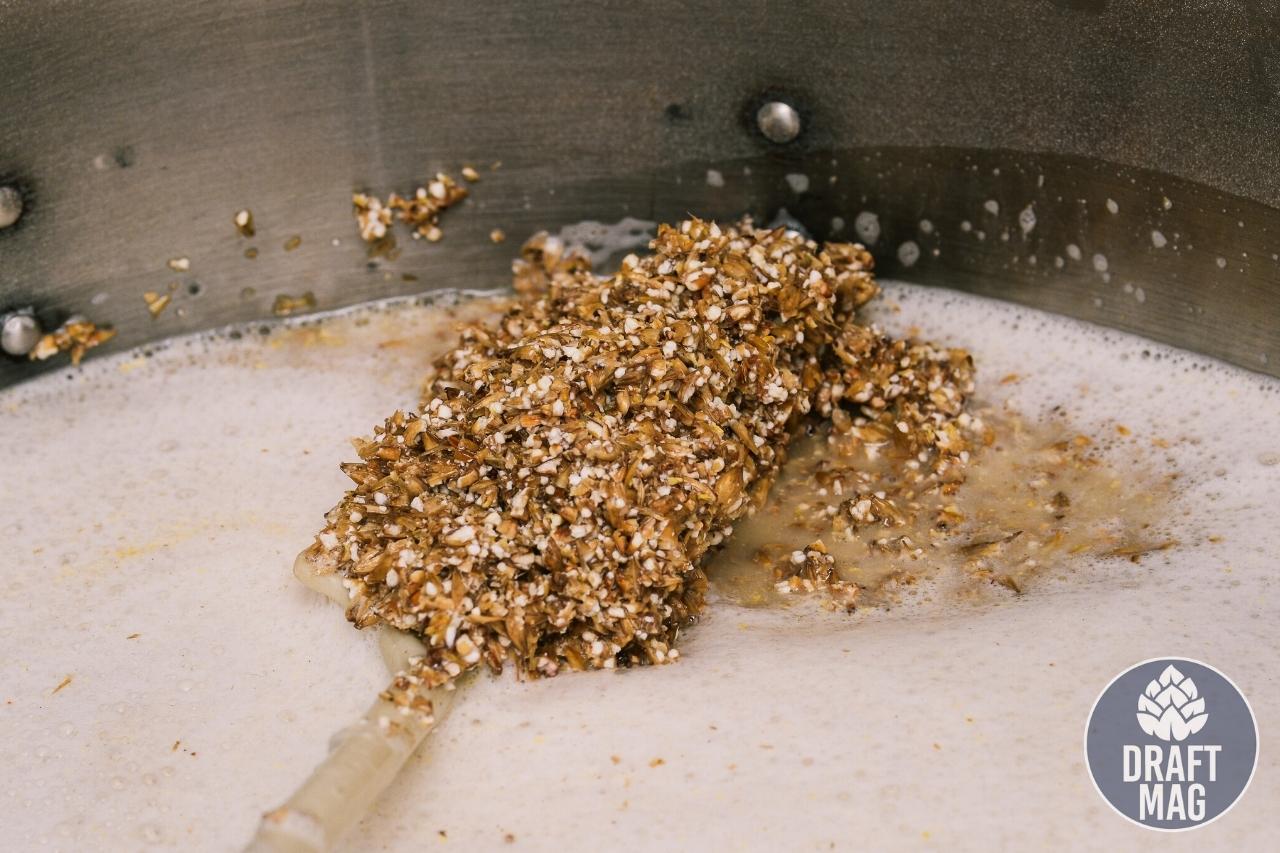 A decoction mash is known for giving you impressive head retention, robust malt flavor, and a vivid appearance in your beer. Thus, homebrewers usually want to learn how to use this method when making beer.

When drinking a beer made with this mashing technique, you’ll be surprised at how much it stands out from other types.

This guide will cover the process of decoction mashing, so keep on reading to learn more.

What Is Decoction Mash?

Decoction mash is defined as a classic method of mashing while brewing beer that involves removing some mash, heating it up to a particular temperature, and putting it back. This changes the malt flavor and characteristics; it also adds color to the brew, makes the malt flavor richer, and gives you a caramel flavor from the malt.

This process usually takes time and effort so most homebrewers avoid doing this. But the process adds a lot of flavor to the brew, making it stand out from others. The most popular type of this mash is the triple method, where the removed portion of the mash is boiled in four rest steps.

With this mashing process, you get a high amount of melanoidins, which is what causes the robust and malty flavor. The increased tannins also give it a fuller mouthfeel.

Although decoction mashing is not popular in modern homebrewers and breweries, it is still well-worth the effort.

There are a few upsides of using this method while brewing, but it also has some disadvantages.

Best Beer Styles for This Technique

Most of the time, decoction mash is used in making lagers in European breweries. If you want to make an authentic European lager, you should go for this brewing method.

This mashing process is the right way to make beers that need higher breadiness and maltiness and a lower grain flavor. You can use this process to make pilsners, bocks, helles and dunkels. You can also enhance Kolsch and Hefeweizen beers using these methods.

Calculating decoction volume is another important thing to consider when using this method. How thick the mash is, the rest temperature and the entire mash volume will determine the decoction volume at each step.

Normally, the decoction volume is one-third of the mash, especially if your all grain system has three parts.

Before starting the decoction mashing process, make sure you have all the necessary equipment. Keep in mind this is an all-grain process, which means that if you usually use the extract or partial mash process, you’ll need to purchase a lot of new equipment.

You can get a standard three-vessel system for this mashing process, or you can use a full-suite system or a brew in a bag.

One of the important pieces of equipment you need is a decoction kettle and heat source. It’s advisable to get a separate kettle from your normal brew kettle and use either aluminum or stainless steel. You’ll also need a large sieve or scoop, heat resistant jug and a thermometer.

How To Do Decoction Mashing

There are three methods to achieve this correctly, and what method you will use will depend on the difficulty level that is appropriate for your experience. 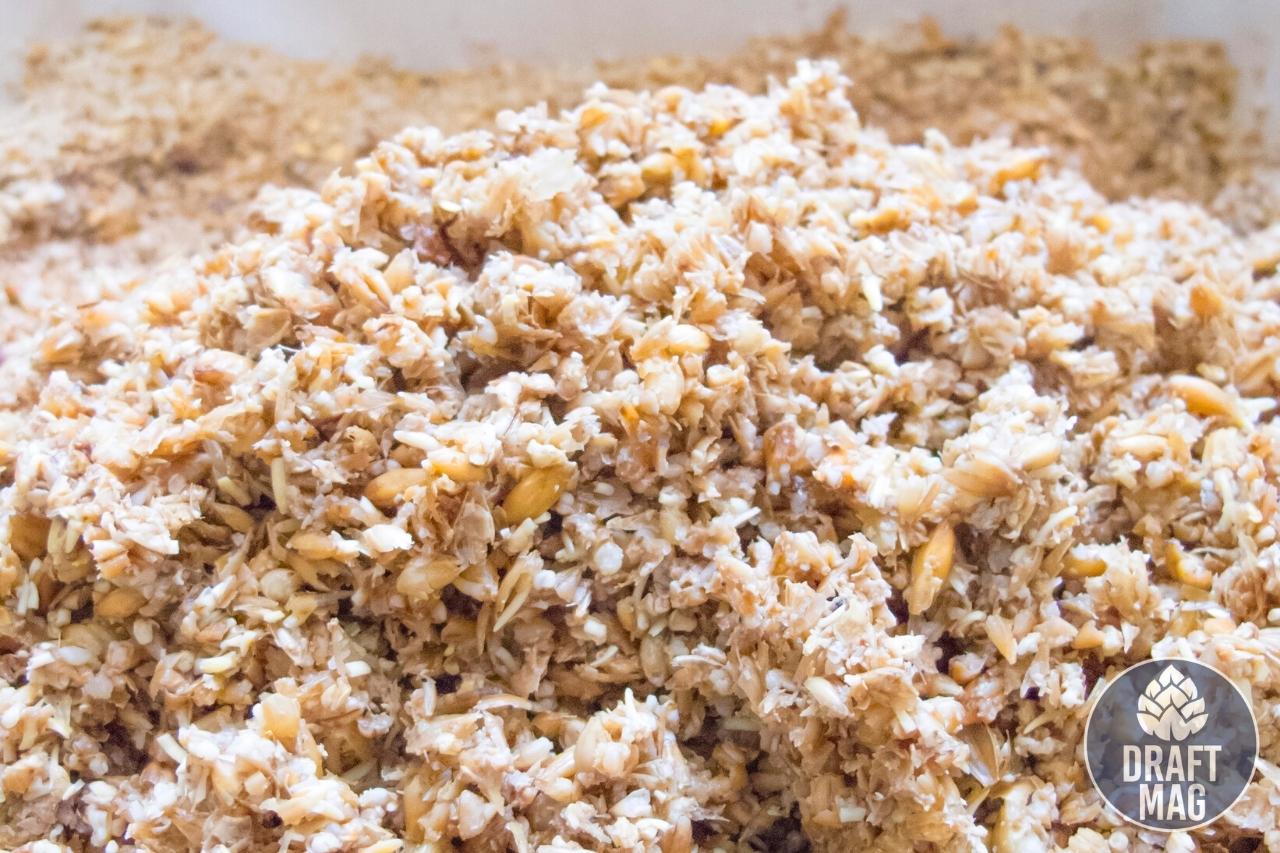 Firstly, we have the single decoction mashing, a good beginner-friendly method. If you’re new to this technique, it’s best to start with the easiest one.

This method would lead to more complexity in the malt and works best for Pilsners or Hefeweizen.

The beginning is similar to a standard brewing process, so you mash in the grains. Boil the strike water first and heat the mash from the saccharification. The heating temperature depends on the style of beer but can be between 145 and 155 degrees Fahrenheit. Then leave it for about 45 minutes.

Figure out the decoction volume as explained earlier, and amp up the mash temp to 170 degrees. Now, you can remove the aspect of the wort with more grain and less liquid as this is the thickest part. Even if it’s very thick, you can still stir it while in the kettle. Then boil it gently and stir it constantly to stop burning.

Now you can heat the decoction for a minimum of five minutes. If you’re brewing a dark beer, you’ll need to caramelize the malt and deepen the color, so let it boil for up to 30 minutes.

Put the heat off and increase the mashup to the temperature of the mash out. Then, add the decoction into the original mash. You can transfer it with the quart jug or a scoop, but you need to do this carefully because it would still be very hot.

After that, you should stir the decoction and then mash together while checking the temperature. When you reach 170 degrees Fahrenheit, maintain it for ten minutes. If you have any extra decoction, you should wait until it reaches 170 degrees and add it to the initial mash.

Finally, you can sparge the wort and move on to finish making the beer as usual. You can use any form of the sparging method you want, from fly to batch. After this, you can move on to finish boiling, chilling, adding the yeast and fermenting.

There are three mash rests involved in the double decoction method. The first is at the protein, the second is at the saccharification, and the final is the mash-out. Also, the protein rest is important to give you a clear appearance in your beer.

Just like the single method, you start by heating the strike water. This is for the protein rest, so the temperature should be around 122 degrees Fahrenheit. Leave it at this temperature for about 15 minutes.

Now calculate the volume you want to decoct and increase the temperature for the second rest. This should be between 145 and 155 degrees Fahrenheit. You should remove the grainy thick part that is the one with more grain and less liquid. Place the decoction into a separate kettle, set the heat to medium, and heat it while stirring regularly.

Next, leave it for twenty minutes and maintain heat of 150 degrees Fahrenheit so that the decoction part converts into starch and increases efficiency. Keep on heating until it starts boiling, but you have to be careful to prevent scorching.

Leave the decoction heating for between 5 and 30 minutes, depending on whether you want a light or dark beer. After that, you can turn the heat off.

The next step is to add the decoction back to the initial mash. This would take the mash to the saccharification temperature. You can do this with a scoop or jug, but the mixture would still be very hot, so it’s important to do this carefully.

While adding this, you should mix the wort and keep an eye on its temperature. When you achieve the temperature, maintain it for about 45 minutes. If you have any remaining decoction, you can chill it to 150 degrees Fahrenheit and put that back.

Since this is a double process, you’ll have to calculate the volume again and increase the temperature. It should now be 170 degrees Fahrenheit. Follow the previous step to decoction except for the rest, and follow the final rest step.

Finally, you should sparge the wort and finish the boil as usual. You can use any sparging method, finish boiling, cool the wort and add the yeast.

The most difficult and also most-liked method is triple decocting. You should use this if you’re using homemade malted grain and other under-modified malts. It also works well with a big amount of grain with no malts.

When using this process, you have four mash rests. The main difference and new addition is acid rest, reducing the pH and preventing a sticky wort.

Like the other methods on our list, you start by boiling strike water for acid rest. The temperature here should be 97 degrees Fahrenheit.

Leave the wort at a maintained temperature of 97 degrees for about twenty minutes. Calculate the decoction volume and increase the wort temperature for the second rest, the protein step. You can slowly boil the decoction over the heat and stir it constantly to stop it from scorching.

Now you can leave the thick wort to heat for between 5 and 30 minutes, and the more it boils, the better the appearance and caramel malts you get. You can turn the heat off after boiling.

While you add it, you should mix the wort and keep looking at the heat. Once you achieve the temperature, you can maintain it for 20 minutes. If you have any remaining decoction, you can add it once it reaches 122 degrees Fahrenheit.

You can calculate the decoction volume and increase the wort temperature to a maximum of 155 degrees Fahrenheit for the third mash step. Follow the previous decoction steps, add it back, and let it rest at a maintained temperature.

You need to calculate the decoction volume again and increase the heat to 170 degrees Fahrenheit needed to mashing out. Then follow the decoction method, add it back to the mash, and let it rest at the right temperature.

Now you can sparge the wort and move on to the normal boiling process. Chill the wort, add the yeast, and then ferment the beer.

Here are some tips to keep in mind when following the decoction mashing process. It’s important to hit all the necessary temperatures and follow the process properly, or you might end up with a poorly-made beer.

For one, you should mash thickly when using the decoction mashing process. It should be 1.25 quarts to 1 pound of grain. And then, when you need to add it back to the original mash, you should keep some extra boiling water to increase the temperature if you have a lower temperature.

– Have a Direct-fired Mash Tun

To add more heat to the tun, just turn on the flame, but you will need to keep on watching the temperature and don’t stop stirring or it will scorch. Stirring also denatures the enzymes in the tun.

If you’re planning on using the decoction method, it’s important to prevent having a thick mash. There should be some liquid parts to remove the thick parts, but they should still have some liquid left.

Also, if the mash is too thick, it can lead to a scorched grain and make it difficult to get the right temperature. As stated before, keep stirring while it heats.

It’s always best to strictly follow the decoction method when using this mashing process. It’s also important to remove one quart of thick mash for each pound of wort, so if you have 10 pounds of grain, you need to remove 10 quarts of thick mash.

This rule of thumb for decoction mashing gives you a good idea of how much thick mash should be removed. It doesn’t have to be exact, but you should try to get as close to it as possible. 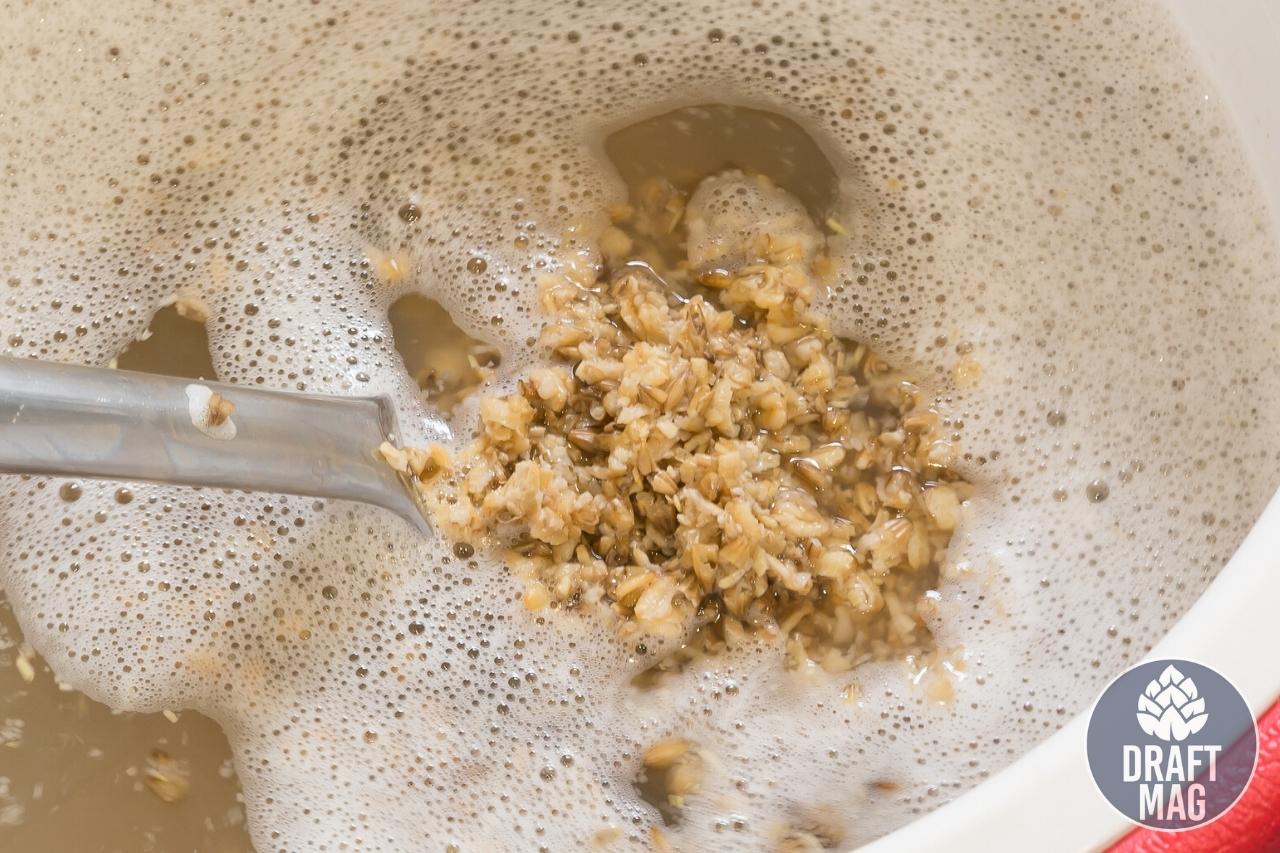 The decoction mash might be time-consuming and difficult, but you’ll get the hang of it if you follow the steps to the letter.

The next time you plan on brewing beer, you should go for the decoction mash process instead. Try this out and enjoy a unique beer in your homebrewing experience!