Hungarian beer is known across central Europe for its rich history, aroma and delicious taste. The country boasts over 1,000 years of brewing tasty suds and it is one of the primary countries in Europe to venture into commercial beer production. 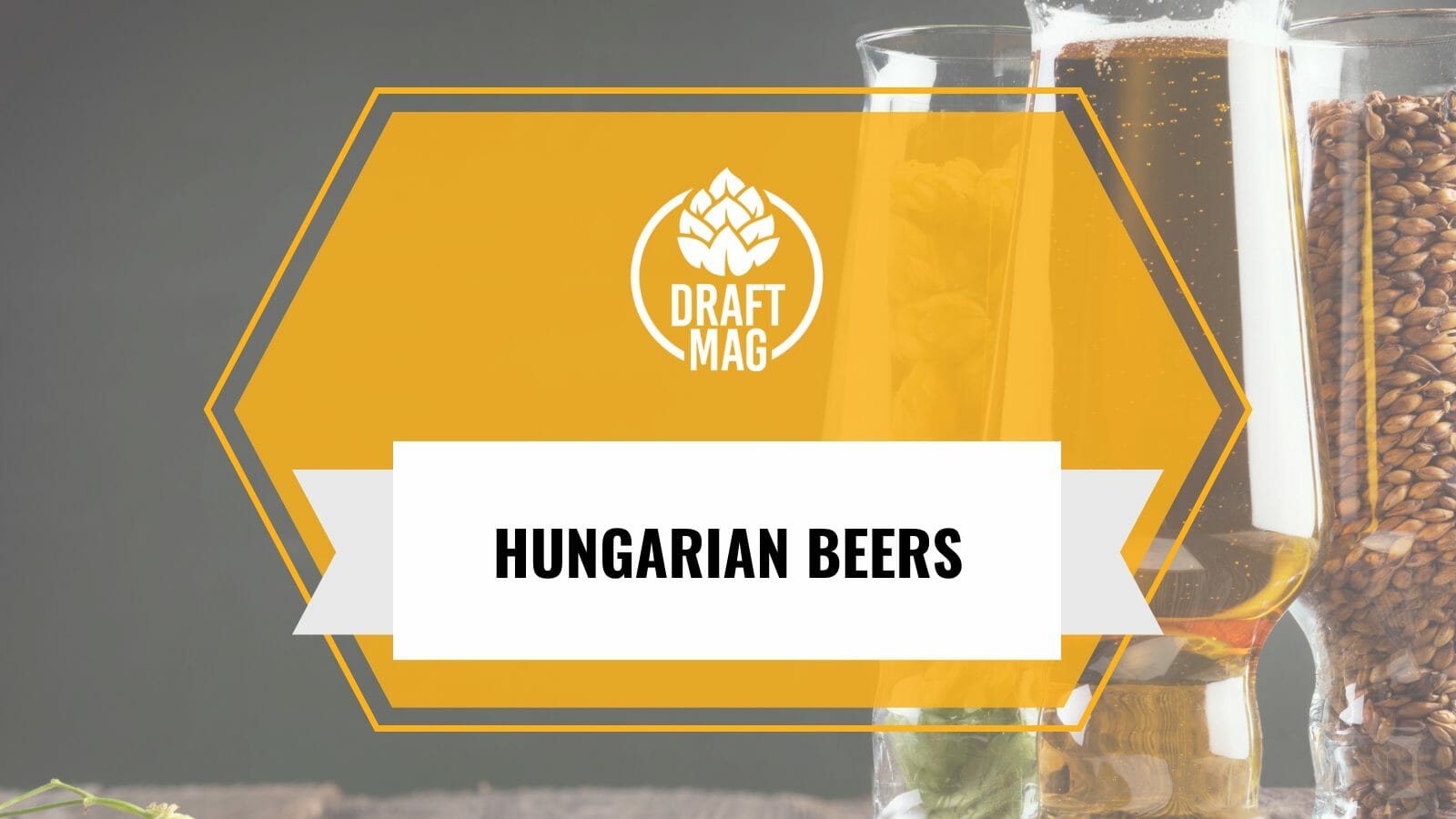 Hungary currently produces over 640 different beers and most of them have great reviews. However, we’ve selected nine of the best beers in the country, highlighting their various appearances, aromas, flavors and the best dishes to accompany them.

These beers are selected based on their appeal, scent, taste, and what other beer connoisseurs are saying about them. Our experts have also had a taste of these suds and agree with the consensus that they rank among the best Hungarian craft beers.

This is the most popular craft beer in Hungary brewed in the European Pale Lager style from one of the oldest breweries in the country, Dreher Brewery. When poured, the lager showcases a light golden color with a one-finger thick crown that vanishes as quickly as it forms. The aromas are quite pleasing with a dash of hops and malts in there coupled with barley, faint candy and yeasty notes. The taste is bold with a low-hop character, pilsner malts, barley, slightly grainy and decent bitterness. 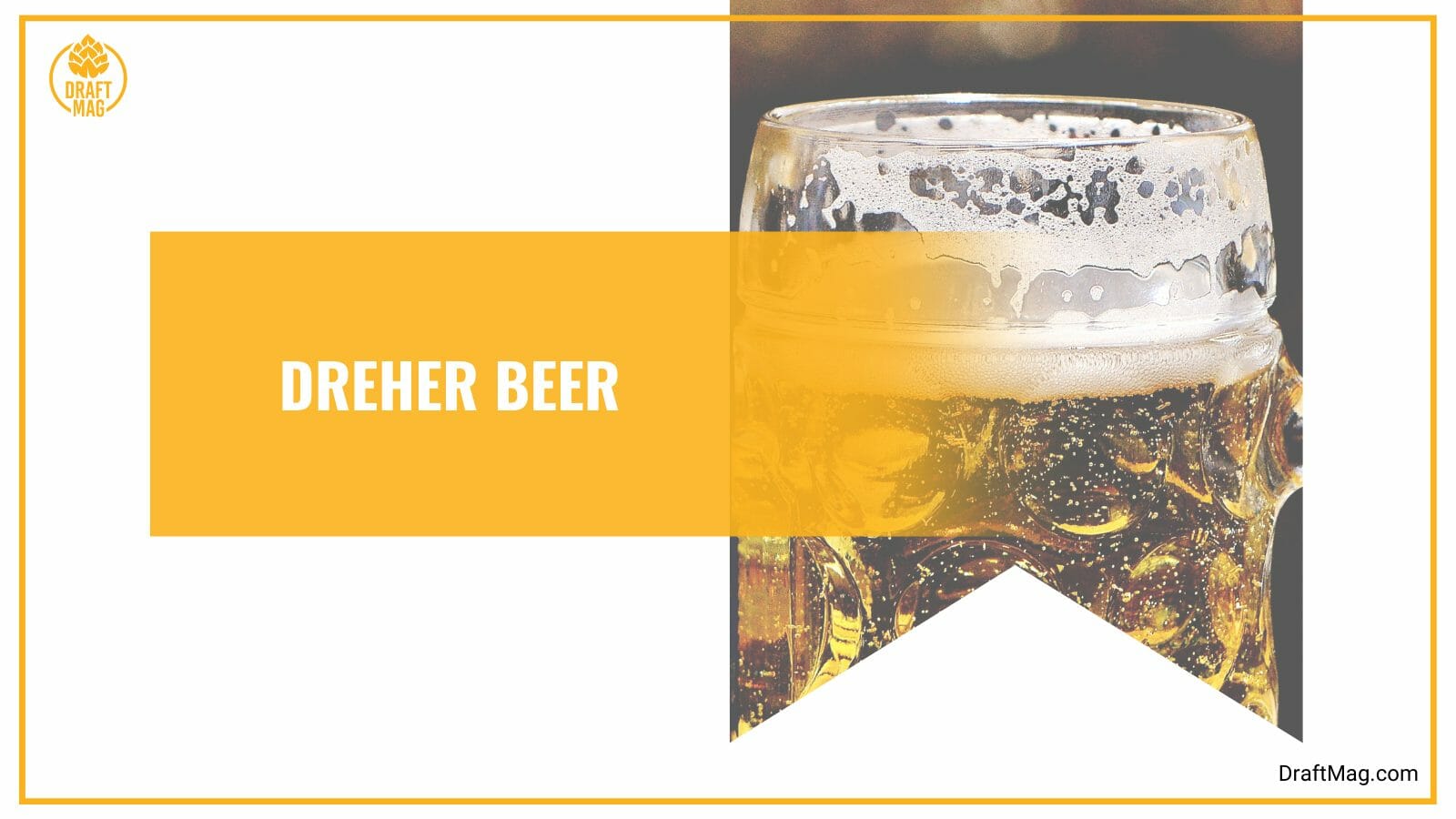 The mouthfeel is quite creamy and the carbonation is a bit on the high but it has a fine body that goes down smoothly. Its alcoholic content is quite average with a 5.2 percent ABV with no IBU indicated on the can but matches with pizza. However, it showcases some bitter aftertaste which does not linger and the beer goes down easily. Do not expect too much from the aroma though as it is a bit bland with no particular flavor jumping out.

Rivaling Dreher for the most popular beer in Hungary is Arany Ászok, brewed by the same brewery, Dreher. It is a simple beer that showcases no subtlety but has a great character and an average intensity. Arany Ászok pours a clear amber color with a slight effervescence that forms a thin head with average retention. The aromas perceived include malts, barley, floral hops and some adjunct characters. 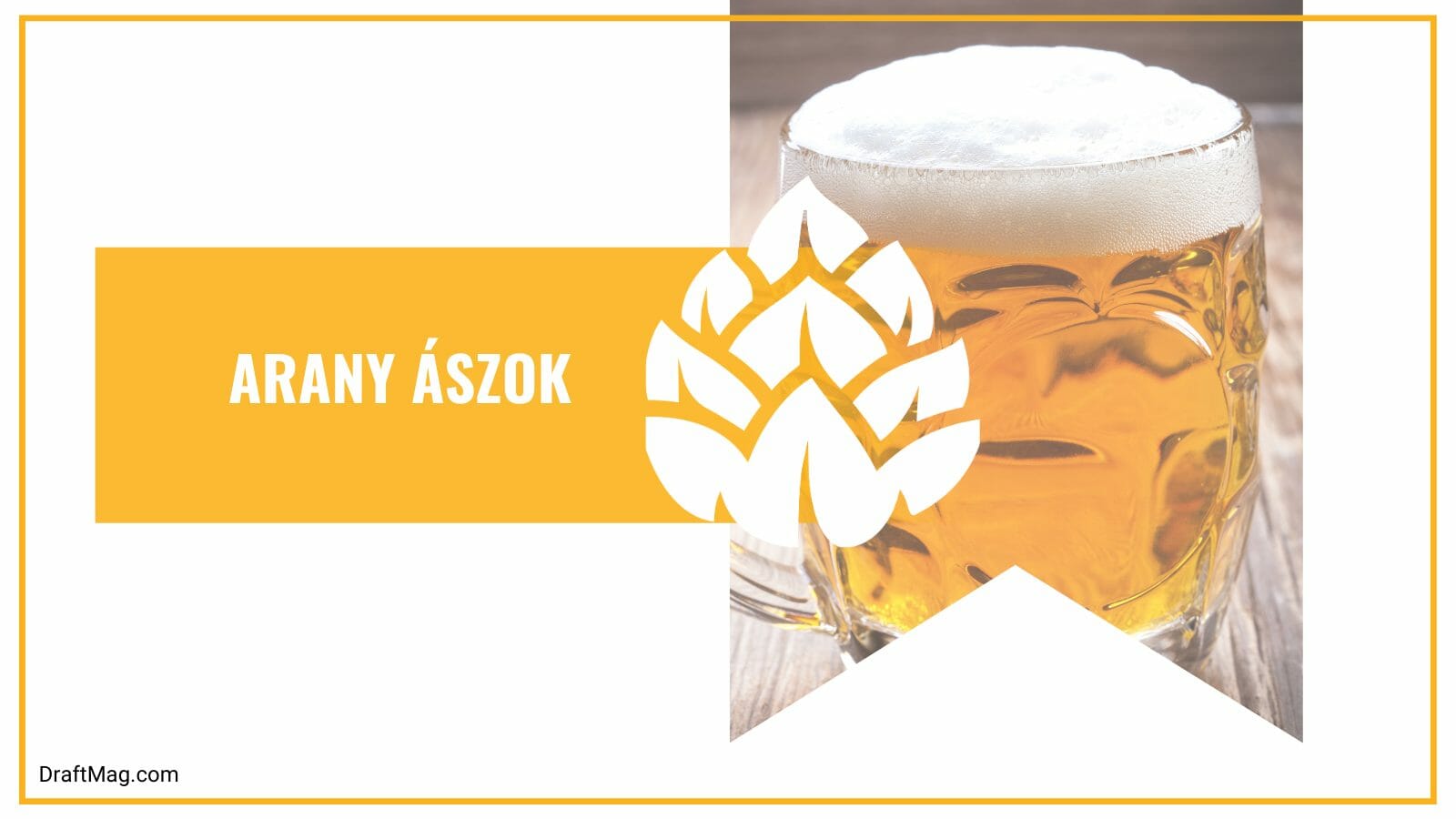 The beer showcase flavors of Pilsner and Helles malts with notes of barley, sweet corn, herbs and hops. It features medium carbonation with average depth and no yeasty notes. The sud feels a bit wet in the mouth but is smooth and clean with a slightly hoppy aftertaste. On the whole, it is a drinkable beer that is slightly unrefreshing but that could be down to how long it has been kept in storage. Arany Ászok pairs perfectly with a light meal or dessert.

Hungarian beer Soproni showcases a translucent golden hue when poured with a creamy head that looks attractive. The lacing is also eye-pleasing as it marks rings of the different levels of the beer in the glass as it was chugged. A refreshing beer with aromas of sweet corn, hops and malts; nothing too exciting about it. The taste also features flavors of corn, hops and malts with slight sweetness probably from the corn. 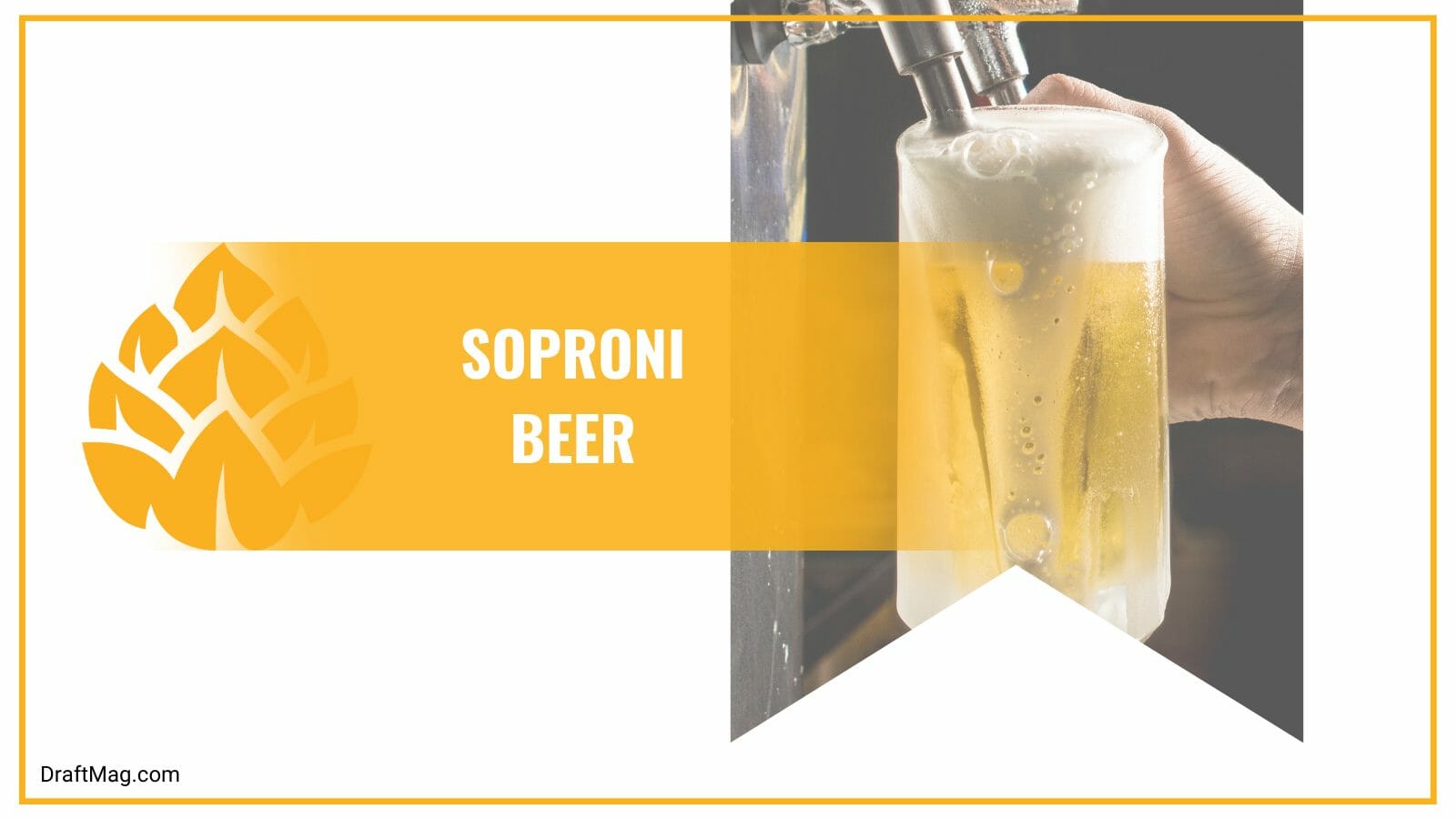 The beer has an ABV of 4.5 percent and a mouthfeel with moderate creaminess and decent carbonation. The finish is dry and a bit scratchy with an astringent aftertaste that lingers for a while. Overall, Soproni is a crushable ale that is great for warm evenings and pairs well with grilled sausages and potatoes. Drink it but do not expect too much as it is slightly above average.

Brewed by the Borsodi Brewery, this American Adjunct Lager was introduced recently and it has already grown on many beer drinkers. It comes in a yellowish-green carn and the labeling reads Világos Sör, which translates to pale lager. The beer features a bright golden color with little effervescence and a lacey white head. Borsodi’s is a bit malty on the nose with some adjunct flavors and some spicy notes. 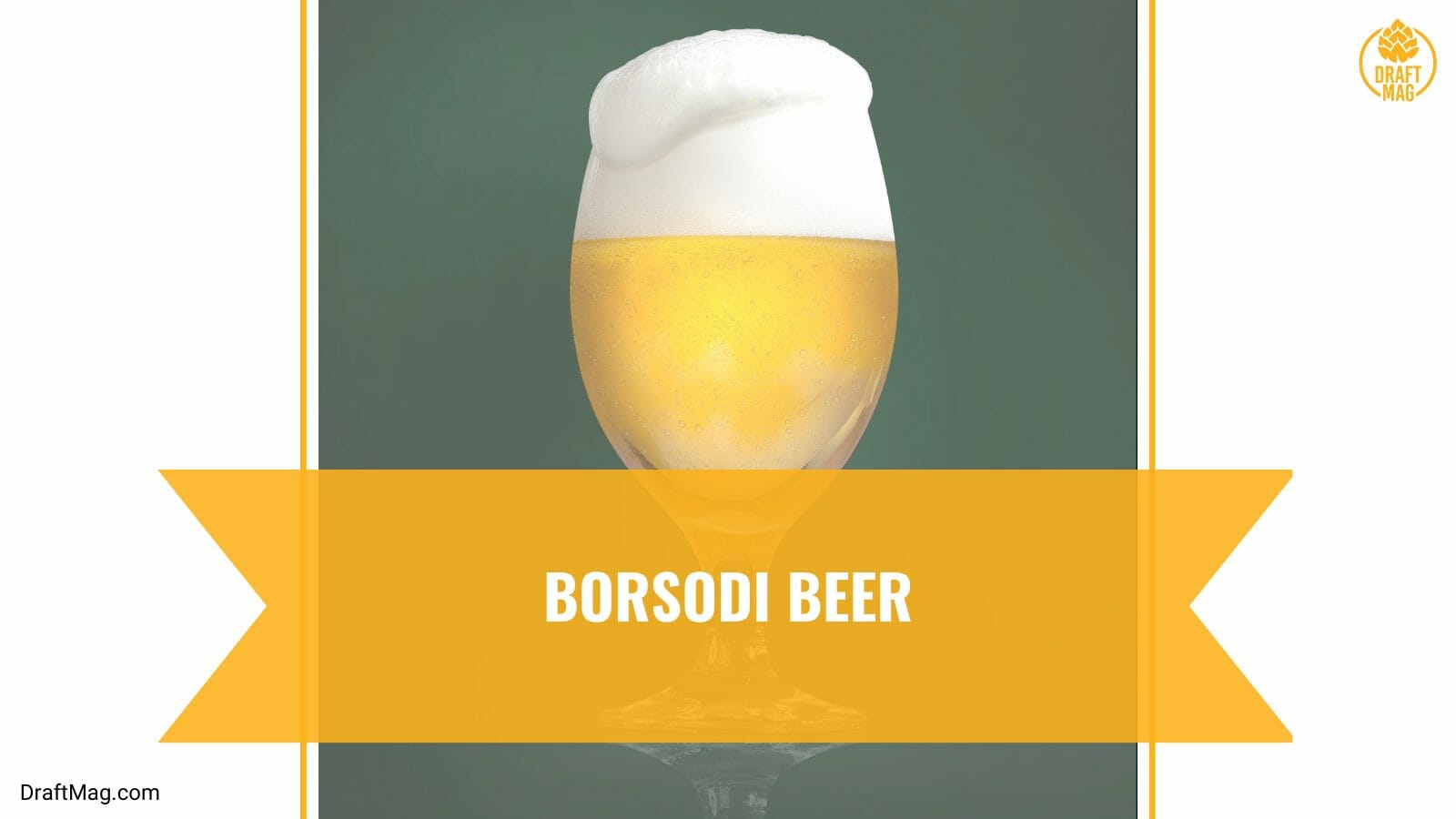 The beer tastes of bready malts and has some astringency with notes of lager-yeast, which is typical of European Lagers. The mouthfeel is a bit creamy with high carbonation and a bit of dusty bitterness that wraps around the tongue. The ABV of Borsodi is 4.6 percent, which means you can have a few more cans before you become boozy.  Its 23 IBU means it is slightly bitter with a dry finish and goes well with braised dishes and rich stews.

Szalon Sör comes in a 12 oz brown standard beer bottle with a bright yellow cap and is brewed by Pécsi Sörfodze. It has an ABV of 4.6 percent and pours a light amber color with a thin head that surprisingly lasts. The beer’s scent features a malty aroma that is underlined by hops and notes of adjunct grain and honey. Szalon Sör has an initial taste of sour barley malt, which is followed by hops to give it a perfect balance. 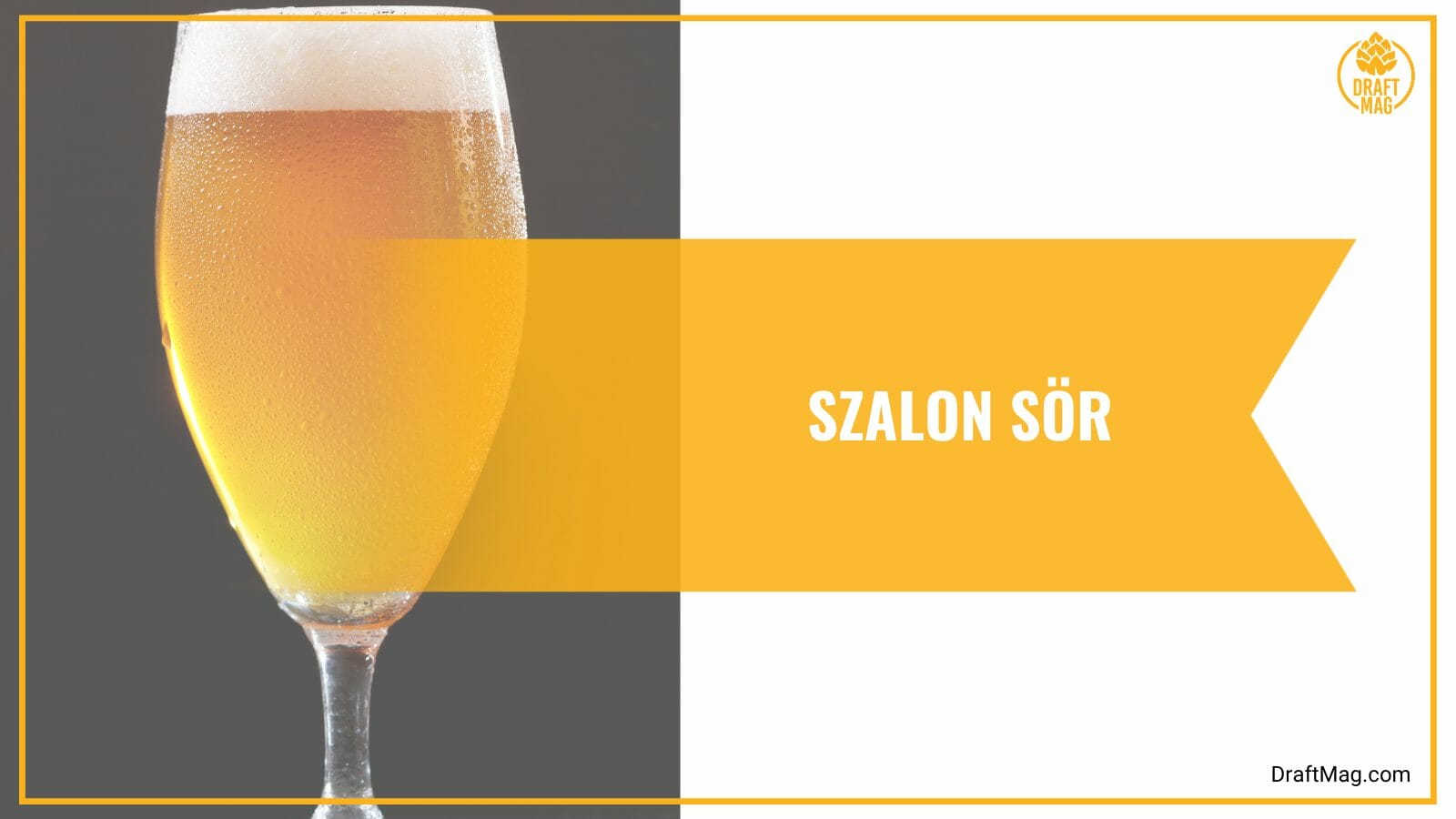 The beer has mild carbonation with a light body that gives it a good mouthfeel, though there are slightly metallic notes. It is a bit watery but refreshing and goes down easily with an acidic aftertaste. On the whole, Szalon Sör is impressive and goes along with salads, spicy dishes and burgers.

This beer is an Imperial-flavored stout and represents a collaboration between Mad Scientist in Hungary and Adroit Theory Nasty Riff in the US. The stout pours a black color with a one-finger thick beige crown which leaves no lacing behind. It features an intense aroma of chocolate, caramel, coffee, roasted malts, notes of citrus and dried fruits. The taste follows the nose as it showcases flavors of roasted malts, coffee, dried fruits and poppy seed with notes of chili and some tartness. 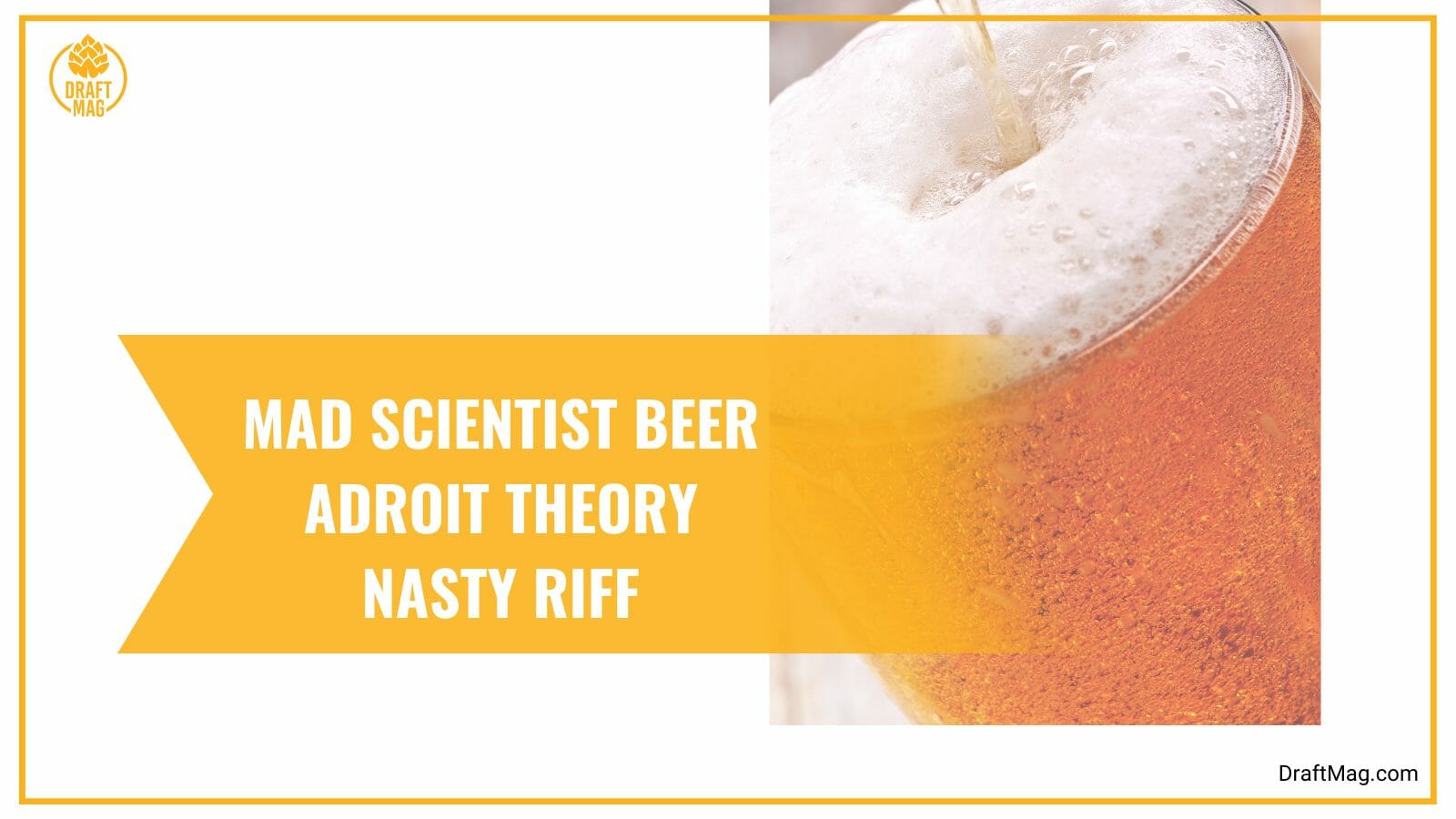 This is a thick, creamy beer that exhibits medium carbonation with a dry finish and a slightly bitter aftertaste that sticks. It has a 14 percent ABV, which is quite high so you should exercise caution while drinking this beverage. It has a lot of calories which is 420 per 355 ml of drink, therefore, people who might be struggling with their weight should exercise discretion. The flavored stout pairs well with roasted chicken or lamb.

Freaky Wheaty Gribanc is an India Pale Ale brewed by armando_otchoa, one of the finest breweries in Budapest. It showcases an attractive light golden hue with a thick creamy foam that lasts. It features a zesty lemon scent with hints of cloves, raspberry, citrus, caramel and grassy hops with lots of pine. The delicious ale has a dominant raspberry taste with citrusy hops, hints of caramel, bananas, dried fruits and pine resin. 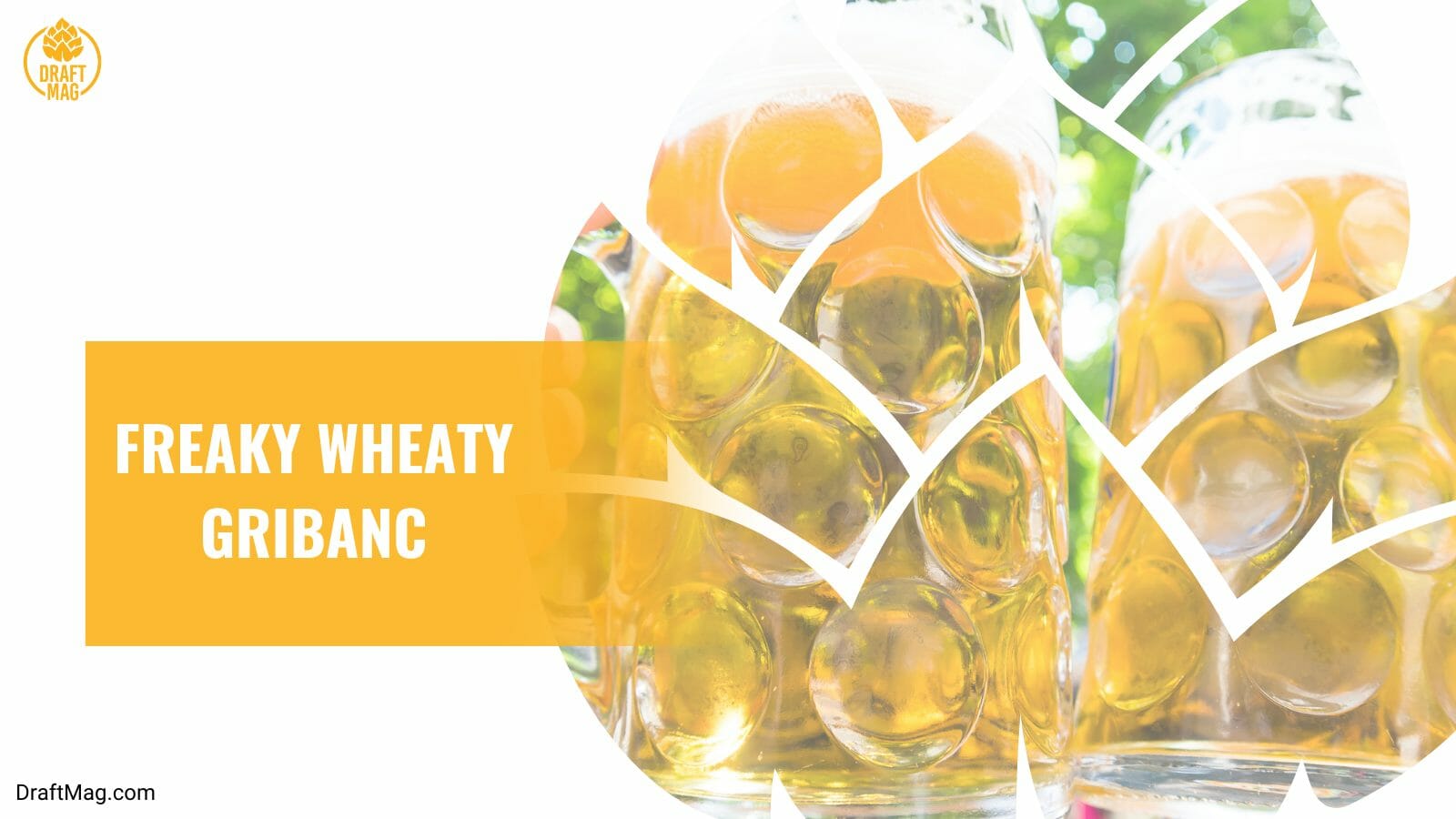 It has a creamy texture, medium carbonation and a thick body that goes down smoothly. It has a dry finish with a sour raspberry aftertaste which cleanses the palates. Freaky Wheat Gribanc is an amazing beer that is praised by all and sundry for its perfect balance of fruits and hops. You should try it with hot wings or any spicy dish to appreciate the full flavor of the ale.

This deep brown Russian Imperial Stout features 12 types of malts, coffee beans from Ethiopia, and cocoa seeds from Ghana. The rich stout features a dense brown head with a few bubbles that decorate the inside of the glass with beautiful lacing. The aroma features notes of vanilla, chocolate, coffee, licorice, whipped cream, malt, caramel and dark fruits. Its flavors are the same as the smell with dark malts, vanilla, candy, coffee and hints of nuts in the mix. 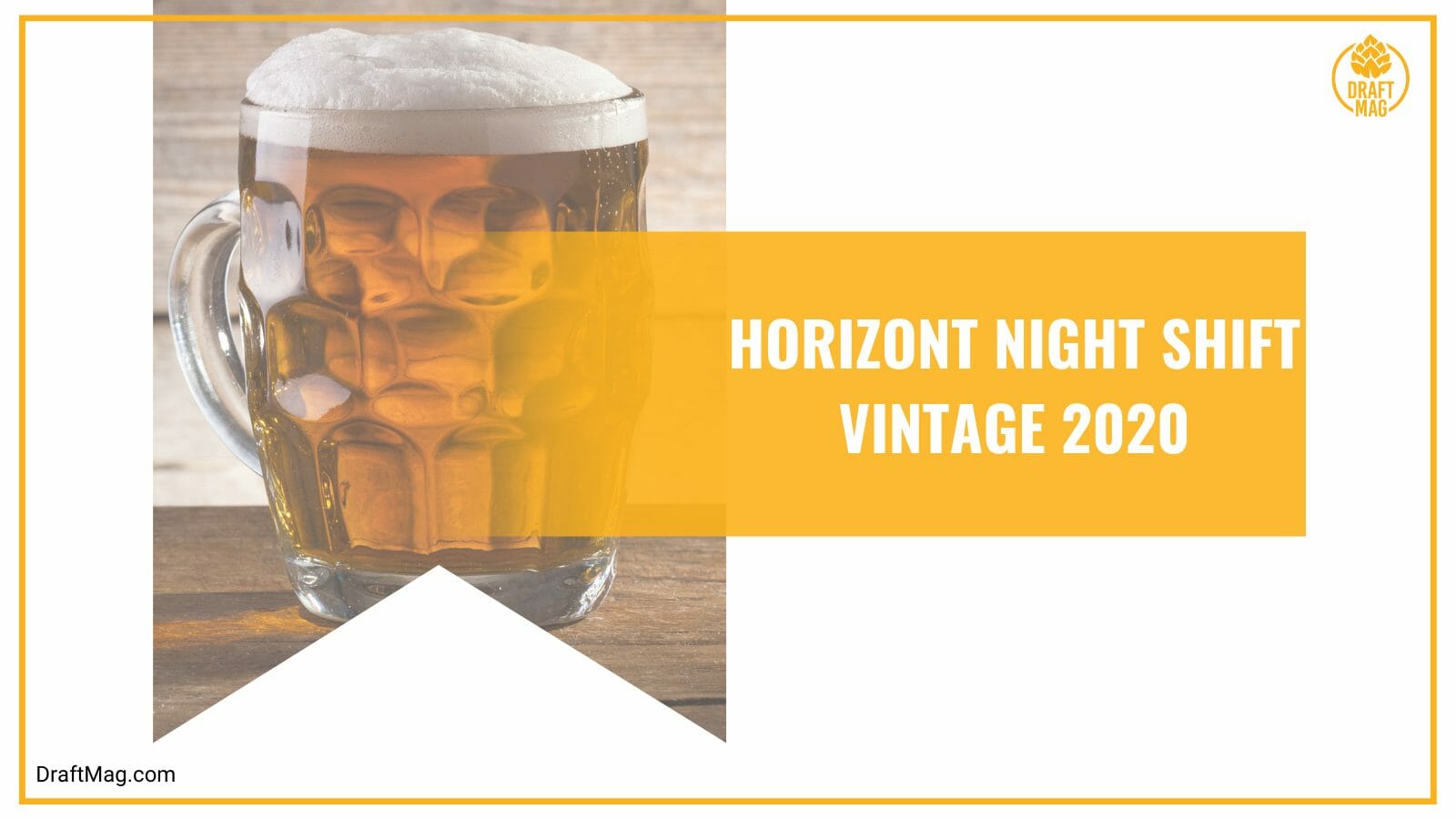 It has an ABV of 12 percent and a medium to high carbonation, which gives it an awesome mouthfeel. The full-bodied beer feels syrupy on the palate with notes of alcohol and a burnt bitter cocoa aftertaste. The finish is bittersweet as the vanilla, caramel and dark fruits are balanced by the malts and cocoa. This beer is best paired with smoked beef brisket, grilled lamb, or fried chicken.

Candy Man beer by Mad Scientist is an Imperial Flavored beer that pours a black color with a thin tan head that dissipates quickly. The aroma is a mixture of sweet candy, tonka beans, licorice, roast, nuts and hints of dark chocolate. The beer tastes of marshmallows, stone fruit, vanilla, tonka beans, sugary notes and licorice. Candy Man is a sweet beer, as the name seems to suggest, with a little bit of tartness to balance the taste while featuring a medium body. 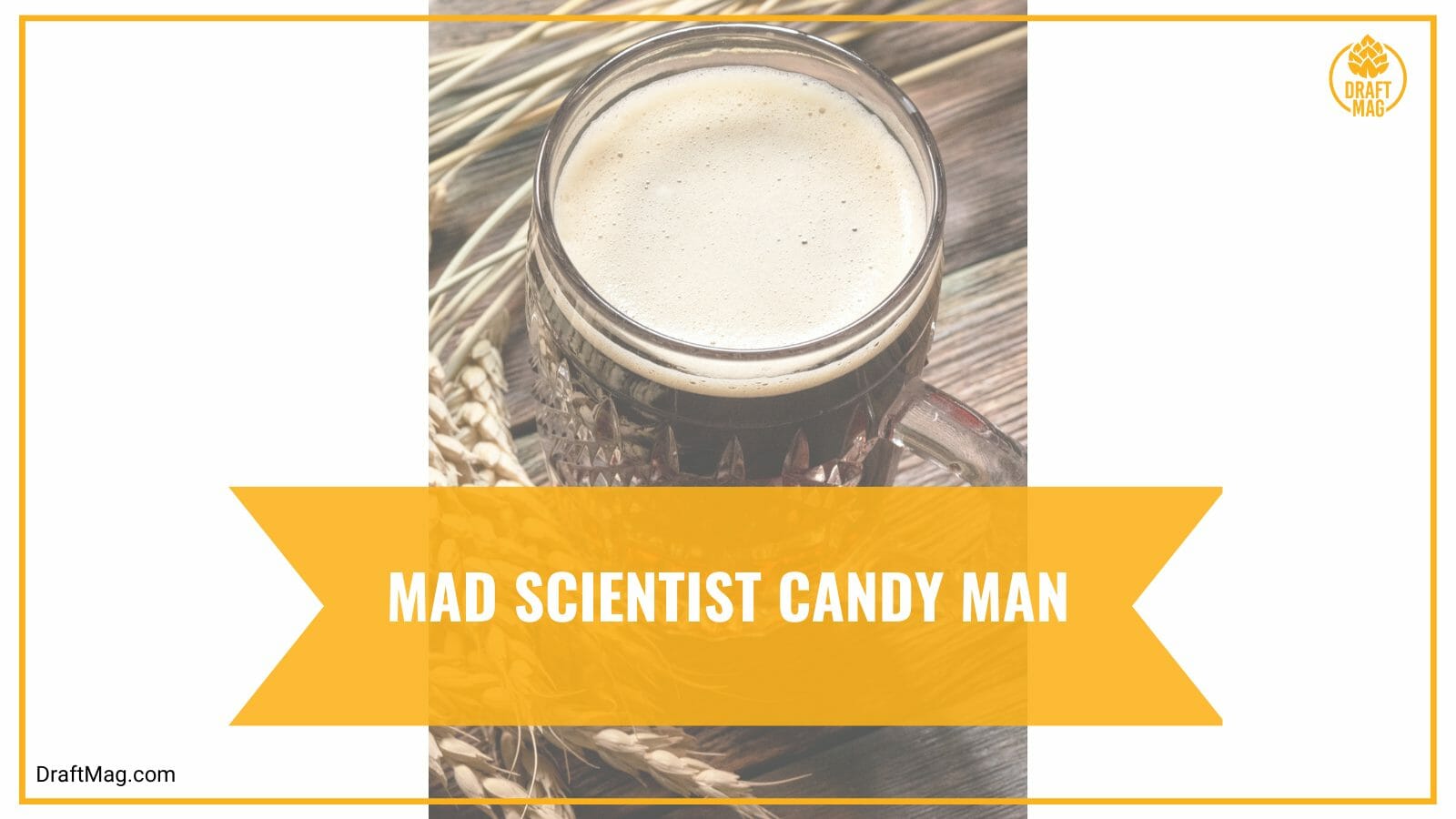 It goes down smooth with a dry finish and a sweet aftertaste that wraps around the tongue. It is pretty heavy and a bit sticky but very tasty. The pastry beer has a 12 percent ABV and pairs well with barbecued and roasted foods and is perfect for a night out with friends. Also, you can pair it with chocolate or desserts as you enjoy a time of solitude or spend time with the family.

The beer industry in Hungary exhibits a wide range of suds and we’ve only curated a few that we believe are the most delicious beers in the central European country. Here is a recap of all that we’ve discovered so far:

On the whole, Hungarian beers smell and taste great and if you’re wondering where to get some, just enter the keyword “where can I buy Hungarian beer in USA?” and you’ll see a list of locations where beer from Hungary is served.