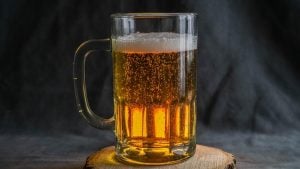 Getting a good Mexican Lager recipe is problematic because it can refer to different beers, but the original Mexican Lager is a delicious beer that enthusiasts and homebrewers should try out at least once.

The beer is well-known for being underrated, like finding a hidden gem. If you’re interested in Mexican Lager, our experts have put together a complete guide for everything you need to know about this beer.

How To Make Mexican Lager

These lagers can differ, but you can follow the Mexican beer recipe below to get started with this type of beer. The result won’t be the classic Mexican lager but will still have a pale color, around light gold.

The recipe includes the malt bill, which lists the malts and grains you need to make the beer, kind of like the ingredients list.

What is a Mexican Lager?

A Mexican Lager, also called Clara, is a clean lager with high clarity and slight bitterness. Since breweries and homebrewers usually use different methods and ingredients to add uniqueness to the lager, the beer style is interpreted differently.

These Mexican Lagers used to be made in macro breweries in Mexico, but soon became popular in the United States and around the world. Macro breweries usually use flaked maize to increase the crispness, especially since it is cheap and abundant in Mexico, but American brewers can substitute this with other malts that offer similar experiences.

The beer has a color range from amber to gold, a white head, and low head retention. It also has some corny sweetness because of the ingredients and a light malty aroma. They also have a light hop aroma with spicy and floral notes, which results in a clean taste.

Mexican Lagers usually have a low alcoholic content which is ideal for casual drinking. These beers originated from the Vienna Lager. Since Pilsner malt is typically the base malt when brewing, it’s also called Mexican pilsner beer. Other malts include Vienna, Munich and Victory, giving the beer an amber color.

Mexico has a long history of brewing beer and other fermented beverages with corn, honey or agave as parts of its ingredients. This went on for over 1,000 years, even before European influences. One of Mexico’s famous and historic beers is Pulque, a milky and thick alcoholic drink from the fermented sap of agave or maguey.

Then wheat and barley-based beers were introduced to Mexico by the Spanish, but there were not enough necessary grains needed to brew these European-style beers, so this period only lasted for a short while.

Next comes the Vienna Lager, which led to the Mexican style beer. This is traced to the 19th century when Austrians and Germans started settling down in Mexico with lager recipes from their countries. With the popularity of Vienna Lager made with locally farmed maize, many natives and immigrants made this beer their first choice.

The first major brewery making Mexican Lager opened in 1890, and production exploded in the early 20th century. Many small-scale independent Mexican breweries were doing pretty well, and competition was tight.

Now, Mexican Lagers are pretty popular in the United States whether you’re buying them from the shelves or making them in your homebrewing kitchen. 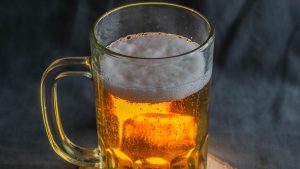 The Mexican lager style is not strict, as it is undefined in the BA and BJCP Style Guidelines. But there are a lot of products in the marketplace that you can check out to figure out the proper style profile. There are also a couple of similarities between the Mexican lager and International Pale Lager styles.

Although there are a few darker versions, Mexican lagers are categorized under pale lagers. When you taste the beer, you will notice that the flavors are unrestrained. Some flavors include grain malt, light honey, light corn and flaked maize.

These beers are also sweeter than other lagers, with low IBUs that don’t clash with the flavor or aroma. Even if the beer is darker in color, it still tastes similar to the lighter versions, with no roast or caramel flavors.

As for the mouthfeel, the Mexican lager feels light and refreshing on your palate. The beer needs to be aggressively filtered before it is made to feel clean when you drink it.

This beer is a perfect companion during the summer months, especially when you’re sitting on the sandy beach with the sun on your face. Because of its low alcoholic content, it can be drunk with friends and family the entire day.

The Mexican Cerveza is deeper than International Pale Lagers, usually in the gold range. It is also highly carbonated and clear, with low head retention.

The International Pale Lager has a light hop aroma and low to medium malty quality, which is also the case with the Mexican lager. You can also smell the corny sweetness of the lager with floral and spicy hints. Because of European influence, the beer uses hops from this country.

IPLs have a crisp and dry mouthfeel with a malty flavor that matches the aroma, and the Mexican lager is similar except that the corny sweetness stands out more, with low to medium bitterness. You will also taste the floral, spicy and herbal notes, with a light maltiness and a dry finish.

The Mexican style lager features a clean and smooth taste on the palate with an unrestrained bite. As for the aftertaste, you can still feel the light hops and malt on your tongue.

The alcoholic content of this beer is usually between 4.5 and 5.5 percent.

It’s not surprising that the best food pairing for Mexican lager is Mexican food. Some of the most popular food pairings for this beer include tacos, tortas, burritos, chips and guacamole, flautas, chips and salsa, tamales, enchiladas, chile rellenos, chimichangas, and tostados.

From Mexican food, light lagers like the Mexican style go well with fried fish, French fries, noodles, buffalo wings, hot dogs, shellfish, salmon, light pasta, chicken, sushi, grilled pork, street foods and many other kinds of food. If you enjoy having cheese with your beer, you can pair the Cerveza with light and fresh cheeses such as chevres and mozzarellas.

You can also enjoy the beer with desserts like cheesecake, spice cake, brownies, churros and other rich options.

Your Mexican lager is best served in a pilsner glass, although you can put it in whatever cup you have. It also tastes better when it’s cold, so you should serve it at between 33 and 40 degrees Fahrenheit. Try to drink it quickly and keep it away from the sunlight.

As for storage, you shouldn’t keep your lager in the cellar for more than six months, as this will change its taste. If you keep it in the fridge, you need to drink it within ten to twenty days. 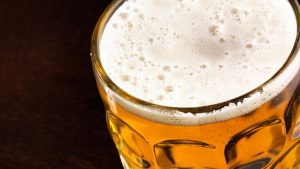 After reading this guide, you can now gather your Mexican beer ingredients and start making this famous drink in the comfort of your home. Remember to pair it with the best food and serve it cold.

Use our complete guide to make your first Mexican lager, and you can even tweak the recipe to match your palate as time goes on.