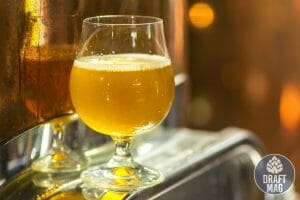 If you’re looking for a good Sierra Nevada Pale Ale recipe, you’re not alone. Many homebrewers who enjoy drinking this popular craft beer try their hand at replicating the brilliant recipe.

With the right ingredients, you can get a close enough taste to the original SNPA.

While you can’t get the perfect Sierra Nevada Pale Ale clone, you can make a pretty similar beer in your homebrewing kitchen. It’s a bit easier to make the beer because of all the available information on the brewery’s official website.

Keep in mind that using whole cone hops is the best way to get closer to the aroma, although you can also purchase high quality hops that were kept properly.

If you’re an all-grain brewer, you can follow the guide below to make the SNPA.

Extract brewers can also brew Sierra Nevada Pale Ale using the recipe below. It’s similar to the all-grain recipe except for the malt bill.

What Is Sierra Nevada Pale Ale?

Sierra Nevada Pale Ale is a classic pale ale brewed with barley malt and featuring a deep amber color, fragrant aroma and spicy flavor brought about by Cascade hops. The beer is full-bodied with a complex flavor and is considered one of the most popular types of craft beer. 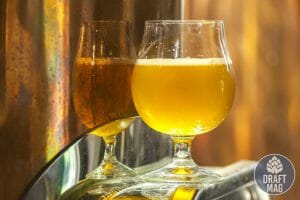 The American IPA is hop-forward, containing about 50 percent more hops than the average pale ale. The Sierra Nevada Pale Ale ABV is set at 5.6 percent, making it a decent beer for a refreshing taste while keeping you tipsy. It is also a bottle-conditioned beer, which leads to complex flavors as it continues aging in the bottle.

The Sierra Nevada dates back to 1981 and is well-known as one of the few brewing companies that retained their quality over the years. The Sierra Nevada Brewing Company was founded in 1979 in Chico by Ken Grossman and Paul Camusi.

They brewed the beer in a traditional British style but used a popular American hop variety. The Sierra Nevada Pale Ale hops are the Cascades, usually used when making the clones.

The SNPA is well-known for introducing expressive American hops around the world and led the American craft beer industry towards diverse aromas and flavors. The company is also community-focused as they even include a homebrewing recipe for making Pale Ale on their website.

Beers like the SNPA set an unforgettable foundation for American craft beers and hops, as the industry continues to develop as time goes on. Until now, SNPA is still one of the most popular craft beers, so much so that homebrewers are always looking for ways to clone it.

The Sierra Nevada Pale Ale ingredients are pretty similar to most beers, although the technique of this craft beer is what homebrewers cannot replicate. The brewers use caramelized malts, two-row pale, the popular cascade hops and ale yeast. It is well-known that the beer’s recipe has not changed since 1981 when it was first released.

Aside from its 5.6 percent ABV, the beer has 38 bitterness units and 175 calories. There are also 14.3 grams of carbs and 1.9 of proteins in a bottle. The original gravity and finishing gravity are 13.3 and 2.8, respectively.

Before learning how to make SNPA, it’s essential to know the style profile that it has to offer. It is a fantastic summer beer with a clean and crisp feeling, fragrant nose and a full-bodied character.

The SNPA has a dark amber color with a two-finger white head. The foamy head also provides a nice lacing on the inside of your glass. The beer is unfiltered and unprocessed to make the hop flavors shine, which gives it a hazy and cloudy appearance.

When you bring the pale ale to your nose, you can enjoy the notes of light lemon, grapefruit and floral, which feel a bit restrained. It is a pretty hoppy beer with slight grainy sweetness in the scent. The pleasant aroma is made up of sweet malt and a hint of biscuit malt. There are low esters and just a little bit of sulfur in the smell, but it is majorly clean.

The beer feels juicy on your tongue, probably because of the caramel notes from the malt. The pale ale is light and full-bodied with a lot of carbonation, making it pretty drinkable.

The delicious flavor of the SNPA is a good balance of hops and soft malt. Although hops dominate it, it does not overwhelm the full malty flavor of the beer. The hop flavors are made up of citrus and floral hints. From the yeast, you get a subtle fruity flavor.

After drinking, you get a lingering bitterness but no bitter aftertaste. The ingredients are seamlessly combined, with nothing sticking out or overpowering the other.

This pale ale goes well with many types of American food as well as spicy Asian dishes. You can serve your SNPA with grilled steaks, fried chicken, burgers, pizza, spicy Mexican, Thai, Indian and Vietnamese food or chili.

Chefs love to pair this pale ale with mushrooms, grilled meat and fresh garden vegetables if you visit the Sierra Nevada restaurant. You can also pair this beer with cheeses like Edam and Colby. In general, this ale is hop-forward and combined with delicious malts, making it easy to pair with a wide range of food. 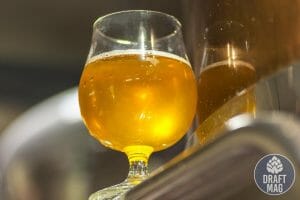 While you can pick up a delicious SNPA from the nearest store, you can also make your own in your homebrewing kitchen.

If you’re a fan of the SNPA, you can enjoy the fun experience of brewing your own or maybe even coming up with unique recipes.