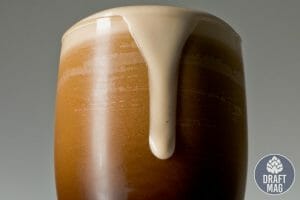 Nitro beer is nitrogenated beer that has been popular since it emerged and has always remained part of drinking practices. Breweries make delicious beer by infusing nitrogen into their brews for a cascading effect.

Although you might have heard about nitrogen beer, there’s still a lot to know and learn about it.

This guide compiles everything you need to know about this beer, including making it and some of the best choices to get started with.

What Is a Nitro Beer?

Nitro beer is beer that has been nitrogenated when it’s in line with the draft system or before it is packaged in pressure-sealed kegs. Some breweries use dedicated nitro drafts with a restrictor plate, which forces the beer through tiny holes, allowing the nitrogen gas to dissolve in the beer.

The beer adjusts the gas used in beer and it is usually recommended to be consumed quickly. The nitrogen gas leaves the beer soon once it’s poured, making it flat in less than thirty minutes. Many breweries and craft brewers offer at least one nitrogen-infused type of beer in their selections.

Nitrogen can be defined as a tasteless, colorless and odorless gas. It is the most significant element in the atmosphere of the Earth and can also be used in beer. When used in brewing, the gas makes the beer have a specific flavor and gives it a creamy mouthfeel.

Whenever you make nitro infused beer, the ideal combination is 70 percent nitrogen and 30 percent carbon dioxide. This gives you a unique mouthfeel and carbonation that you won’t get if you use carbon dioxide alone. Usually, the beer has cascading effects and nitrogen bubbles, which dissipate to form a fluffy white head.

Beer made with nitrogen also has visual benefits, as it looks more attractive and offers effects for a one-of-a-kind experience. It also tastes better because of the features of nitrogen gas. Nitrogen is always kept cold and under pressure because it doesn’t dissolve in liquid, so it has to be forced into beer through high pressure.

Some breweries use a pressure-sealed keg to achieve this before packaging the beer, like Guinness. Others add the pressure to the brew on the packaging lines, giving you a hard pour when you open the can.

The History of Nitro Beer

The history of putting nitrogen in beer can be traced back to 1951 in Dublin. During this period, Guinness hired Michael Ash, a mathematician, to adjust their unstable draught beer lines. There were technical hurdles when making this new beer, but this was eventually solved, leading to a successful and popular type of beer.

This type of brew required careful science, so Guinness spent two decades trying to figure out how they could offer a nitro experience out of a bottle of beer the same way you get in a pub. Because of this, enthusiasts could only have nitrogen beer on draft.

Eventually, Guinness figured out how to solve the problem, leading to the nitro beers we have today in cans and bottles. Some of the inventions they tried include a creamer to inject nitrogen and a nitrogen-filled capsule widget, the latter of which gained Guinness the Queen’s Award for Technological Achievement.

In 2011, the Left Hand Brewing Company started bottling their popular Milk Stout Nitro and brought physics to the pouring technique. According to them, you can get the best results when you hard pour the nitro stout out of the bottle.

That is, you start by pouring it at a 45-degree angle to your glass and then shift to 90 degrees once you reach halfway up the glass. This leaves you with a cascade and balanced beer and nitrogen gas blend.

Now that all the technological hurdles have been overcome, all beer enthusiasts can enjoy a delicious bottle or can of nitro brew by purchasing from a liquor store nearby. Breweries like Left Hand have also started organizing nitro fests.

Nitrogenated beer is well-known for its special malt flavor and creamy mouthfeel, but many brewers now use it as a packaging solution. Liquid nitrogen lengthens the shelf life of beer and provides a solution to some of the problems caused by CO2, especially with the aspect of shortages.

Today, many craft breweries add nitrogen to their beers rather than CO2. The first canned nitro brew is a Gose beer Cobbstopper made by Rhinegeist Brewery, with lactose, vanilla, and peach hints.

As there are tons of beer styles out there, it’s not surprising that nitro brews are taking time to catch up, especially for craft beer lovers and homebrewers. Despite this, there is now a growing trend of nitro beers at brewpubs in America. Also, craft breweries are working on independent nitro taps, which will make this type of beer available at any time.

Nitrogen vs. CO2 in Beer 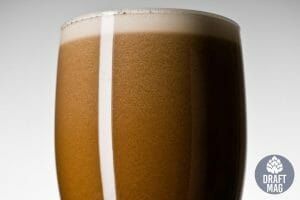 Carbon dioxide has been used in beers for a long time, but now, breweries and enthusiasts compare it to nitro brewed beer. Because of the enhancements in technology, adding nitrogen to beer has become achievable for all breweries, whether small craft companies or mass producers.

Carbon dioxide and nitrogen provide similar effects to beer, which is the effervescence and carbonation that all beer enthusiasts love. But they react with beer differently when placed under pressure.

The main difference between nitrogen and CO2 is their solubility in liquids. Nitrogen is insoluble while carbon dioxide is highly soluble in liquids, acting differently when added to beer.

Using CO2 in your beer will give you more gas dissolved in it, but nitro beers have less so they quickly become flat. This means that CO2 beers don’t get flat as quickly, and you don’t have to drink them fast.

Another difference is in the mouthfeel and appearance of the beers. The carbon dioxide beers give you much smaller bubbles than the nitrogen beers when the bottle or can is opened. Because of this, nitro brews feature better head retention than CO2, while the mouthfeel is also creamier.

Whichever you prefer between CO2 and nitro brews depends on your preferences and tastes, and you might even like what these two gasses have to offer when combined with beer.

From nitro craft beer to mass-produced beers, there are some pretty popular options in the market today. If you want to try out nitro beers, you can check out these top brews and see if you like them.

As the first-ever nitro brew to hit the scene, it’s not surprising that the Guinness IPA is at the top of this list. It is seen as the leader in nitro brewing and has tap, bottled and canned options, not surprising since Guinness made the device that makes this possible.

The nitro IPA features a smooth mouthfeel, mild alcohol texture with 6 percent of alcohol, and an evident bitterness in the finish. It’s a refreshing beer miles apart from the stouts that Guinness usually makes.

Another famous name in nitro beers is the Milk Stout Nitro by Left Hand Brewing Company. This delicious dark stout comes with a modern and robust chocolate taste, 6 percent ABV, and the usual creamy head that all nitro brews offer.

There is also a regular Milk Stout from this brewing company, so if you just want to see the difference, you can check out the two and compare.

A unique beer choice on our list is the Sweet Potato Ale by Vault Brewing Co. after joining Chart Industries. The delicious nitro ale is made with roasted sweet potatoes, Madagascar vanilla, milk sugar, molasses, nutmeg and cinnamon for an explosive taste.

Because of the nitrogen, the beer also offers alcohol warming on the mouthfeel and a creamy head. It’s incredibly delicious during the autumn months.

We also recommend the Nitro Reserve Gold produced by Budweiser. This lager comes with nitrogen infused with 5 percent ABV and will impress you with the hints of toasted caramel and malt.

When you buy the beer can, you need to shake it three times and then pour it down the middle of the glass to enjoy the whole nitrogen experience it has to offer.

Stout lovers can check out this coffee-flavored nitro brew made by Samuel Adams at Boston Beer Co. The beer balances the flavor of nitrogen gas in beer with coffee, giving you an overwhelming aroma and taste of roasted coffee beans.

The pop and pour beer offers an ABV of 5.8 percent and offers taste notes of velvety-feeling chocolate. It is best when consumed in a glass rather than from the can.

How To Add Nitrogen to Beer

If you’re curious about how to add nitrogen to beer or you just want to try it, you can use gas cylinders or a nitrogen generator. Generally, whichever you choose will depend on how much beer you’ll be making.

Small breweries go for the pressure tanks while others go for an onsite generator, and the latter provides considerably more benefits. Nitrogen cylinders are challenging to handle because of their bulky sizes and are also tricky to store.

With nitrogen generators, however, you can spend less money and you don’t have to carry it around. So if you’re planning on making a lot of nitrogen beers, you can invest in a generator or cylinder and give it a try. 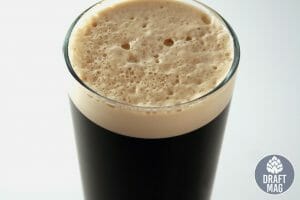 You can start by trying out some of the top nitro beers on our list and find out what makes it different from the other beers you’ve been drinking before moving to make yours.

Now that you’re armed with this information, you can go to the closest liquor store and purchase a delicious nitro beer to taste.