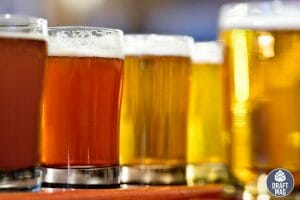 What a pint of beer means often varies in different parts of the world. If you check the number of ounces in a pint on the internet, you will find that it is 16 ounces (473ml), but this may not be entirely true. If you need further enlightenment, this complete guide will teach you everything you need to know about a beer pint.

How Many Ounces in a Pint of Beer?

There are about 16 ounces in a pint of beer. Earlier in the introduction, we said that 16 ounces might not be entirely correct. This is because the British size is different from the American size.

A pint is equivalent to 20 ounces in the UK., and the American pint is one-fifth times smaller than the British pint. American pints are smaller, and they can fit into British pints, so if you want to run a standard British bar, you’ll have to get a different glassware set.

How Many Drinks in a Pint of Beer?

There are over ten and a half 1.5-ounce shots in a pint. The most common pour is the 1.5-ounce shot. However, you can ask for a double or triple shot when you are in a bar. Double shots are shot over two ounces.

A pint is typically 16 US fluid ounces or 20 British Imperial, although it has variations. This distinction is essential because British imperial measures are the same for dry and liquid materials. Using the incorrect measuring device, which is not the same as American measurements, can significantly ruin a drink.

A gallon contains nine pints. Although it is not common in bars, it is used in the US for liquid measurement. Therefore, knowing how to convert the pint and gallon effectively is essential.

Suppose you have also bought any sauce or any kind of liquid. In that case, you will notice that a gallon is easier to split and cheaper to buy than buying quarts or multiple pints. This is similar to the handle of beer, where you’ll buy a beer of a particular size and it won’t pour that way.

One pint is 473 ml. A pint is more common as a serving size than ml for liquor and beer. If you order a beer in a bar, you’ll most likely get it in a fifth or 750 ml.

This implies that another comparison is that a pint is 60 percent of a fifth. A fifth of alcohol is the most common and standard size in an online alcohol store. You can use this formula if you want to calculate the number of ml in pint manually:

– How To Pour a Pint

Beer lovers who love to drink from a pint glass should follow these simple rules:

Two different beers with equal volumes contain the same amount no matter what, but this does not mean they have the same alcohol content. Most beers have 4 to 6 percent ABV on average. However, some craft beers may have over 20 percent alcohol content.

If you order a pint of beer containing 12 percent ABV, you’ll be consuming 1.9 ounces (56. 2 ml) of alcohol. Well, the consequences depend on how tolerant your body is to alcohol.

Beer enthusiasts often confuse these two. Here is a detailed description and their differences.

A pint is a unit of beer measurement worldwide, but it varies based on region. A pint in Germany is different from that in the United States, UK, Israel or France. Here are different countries with their pint values:

The UK resolved this problem by passing the Weights and Measures Act of 1824. This brought about the British Imperial System. The UK laws stipulate that ciders and draft beers may be sold exclusively in an imperial pint.

Unlike a pint which signifies the quantity of the craft beer, a pint glass shows the shape of the glass beer. It has a cylindrical shape, and it extends to the upper part. If you order a British-style imperial stout, you will get about 20 ounces (568 ml) of beer.

Pint glasses also have markings on their wall (2/2, ⅓,3! 3). These markings indicate where the bartender stops pouring to leave space for foams. Some even have the letter ‘M’ beside the number to show the measurement year.

Some breweries add pints to their name, which is not a bad idea. They do so to let people know what their business is all about. Brewery owners should just find a non-cliche and fun way to add it to their name and logo.

These are some of the breweries with pints in their name:

The word pint is derived from the ancient French word “pinte.” Although the words initially came from an old Latin word – “pincta,” meaning painted. It makes sense when you remember the markings on the pint of glass. As a result, people refer to it as a marker of measurements.

Pt is the abbreviation for a pint. However, only a few bartenders or recipes use this abbreviation. This is because pint is already a short word, so there’s no need for abbreviations. But if you’re comfortable with the abbreviation, you can definitely use it.

We’ve discussed most of the things you need to know about a pint of beer. Let’s have a quick recap. 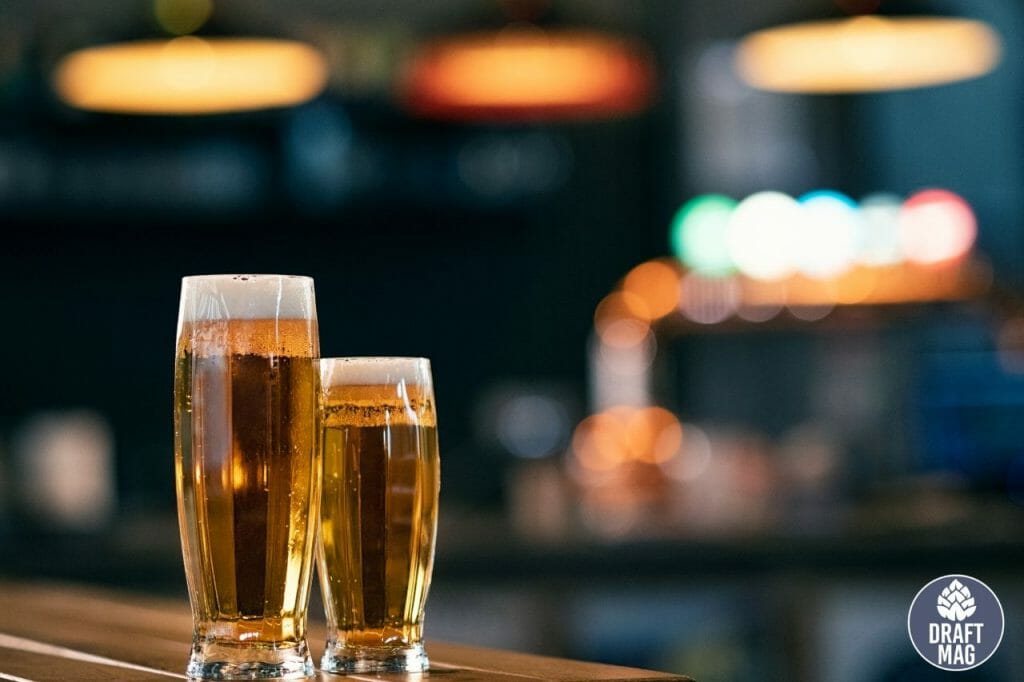 It is always best to know what you are ordering. The next time you go to a bar and order a pint of beer, you should have an idea of what you’ll be getting.