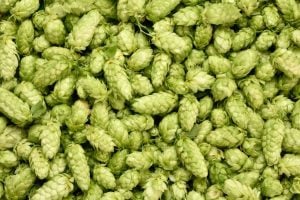 South African hops have unique flavors and aromas not found in beer hops of other regions. It’s extremely tough to cultivate beer hope in South Africa. However, some farmers in this beer-loving country are defying the odds and are making highly flavorful varieties that craft brewers want.

Hops have been cultivated and produced in any South African brewery since the 1920s, with commercial production beginning in the 1970s. After World War I, there was a worldwide scarcity of hops. Since hops were tough to come by, the South African beer company began to cultivate their own.

The hop is an enduring creeper that rises 150 millimeters each day, making it one of the world’s fastest-growing plants. This plant is native to Europe’s northern temperate zones. However, Blanco near George, South Africa, is perhaps the best place to produce hops. Find out why in this section.

The Mediterranean weather around George provides this plant with mild temperatures, frost, and adequate rainfall that supports its rapid growth.

Sunlight, on the other hand, is a problem. Each day, South Africa gets around three fewer hours of sunshine than the hops planted by farmers at the time. These were imported noble cultivars from Europe. Initially, breweries in South Africa supplemented sunshine with electric growth lights as a solution. However, cultivating hops necessitated a large number of light bulbs.

Growers have been able to establish cultivars that are more suited to the environment in South Africa and survive without the use of additional illumination, thanks to their thorough breeding.

Want to learn about hop varieties from South Africa? Here are eight of them:

Southern Passion is a hop cultivar from South Africa with European genetics. It’s predominantly a mix between the German Hallertauer and the Czech Saaz.

It’s an aroma hop used in the late stages of the boil, including dry hopping. Some brewers describe it as having a bright flowery aroma that goes well with lagers, wits, and Belgian ales.

Southern Passion works well with a wide range of beers. It includes light-hopped session ales and all hop-forward American and Belgian beers–pale ales, IPAs, and Saisons.

These are the most prevalent Southern Passion hop ranges we’ve encountered throughout the years. Since each year’s harvest produces hops with variable characteristics, these number ranges are historical.

African Queen is a high alpha hop produced in South Africa, with a diploid seedling chosen from a hybrid between 91J7/25 and a SA male 94US2/118 in its ancestry. It’s a versatile hop with multiple uses in the brewing process.

All hop-forward beers, including American and Belgian kinds, pair nicely with African Queen. It also goes well with beers that have been combined with coffee, fruit, or spices.

Southern Star is a South African hop cultivar with a high alpha acid content and pleasant taste and fragrance. It’s a diploid seedling produced by crossing the mother Outeniqua (named after the hop-growing region beyond George, South Africa) with the father OF 2/93.

It’s a day-neutral variety, which means it can be cultivated in areas with limited sunlight. Southern Star hops is a well-known international hop variety that’s also well-suited to traditional South African brews. 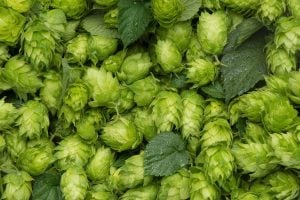 Brewers use them for bittering, but it also has a fiery, sour flavor and scent. While Southern Star is an efficient and clean bittering hop, it also has pleasant aromas of pineapple, blueberries, tangerine, and tropical fruit when used in late additions.

The juicy taste and smells are supported by a rich pine resin and a herbal spice that can carry a beer on its own.

It also pairs well with other South African hop cultivars or domestic varieties like Ekuanot, El Dorado, and Mosaic.

Southern Promise was created with the South African market in mind. Southern Brewer and a wild Slovenian male were combined to create a variety that would thrive in regions with low sunshine. Southern Promise Hops are dual-purpose hops with a high alpha acid content of 9.2 percent.

Southern Promise has a bright and smooth bittering quality thanks to its strong alpha acids and low cohumulone content. It’s also an excellent dual-purpose hop with a mellow, understated woody, and earthy flavor.

Works well with highly hop-forward beers, such as current IPAs.

The largest commercial brewery in South Africa uses Southern Aroma, a relatively new South African hop varietal. Southern Aroma is daylight hop with a diploid seed derived from a hybrid between Hallertauer Mittelfrueh and Saaz. Note that Motueka is a possible comparable hop.

Floral, fruity, fields of flowers, spicy, and woody are among the aromas. Southern Aroma is a hop with a delicious South African terroir and a traditional noble hop flavor.

Southern Aroma works well with traditional noble hops in classic European and English styles, as well as hop-driven beers from the United States and Belgium–classic beer hop for pilsners and saisons.

XJA2/436 is a bittering hop that’s primarily used for bittering the beer during the brewing process rather than for taste or fragrance.

This hop has a solid bitterness to it. Bergamot citrus, ripe melon, dried lemon zest, resin, candied papaya, and gooseberries make up the fragrance characteristics of XJA/436.

Works nicely with most hop-forward beers, especially IPAs and saisons from the United States and Belgium.

Mango, plums, and grapefruit are among the delicious fruits found in the Southern Tropic. The scent has been compared to Kool-Aid or Juicy Fruit by certain brewers.

This hop pairs nicely with any hop-forward beers that call for tropical fruit flavors. 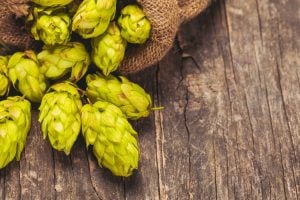 Historically, bittering hops were dreaded in South Africa. But in recent years, farmers have developed a plethora of aroma types in response to increased demand from the global brewing community. Hops are used in a variety of ways depending on the beer and the brewer’s goals.

Hops are also an excellent and flexible component to brew with because of their wide applications. Consider adding South African hops to your arsenal if you want to brew fearlessly. Pick your favorite South African hop and experiment brewing with them. Rest assured, the end product will be well worth the effort!