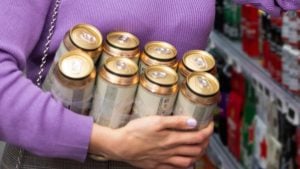 A rack of beer is a phrase with direct reference to beer packaging. On the other hand, racking beer relates to transferring beer from the fermenter to another vessel. As you can imagine, many people have difficulty distinguishing these two terms.

In our article, we will cover all beer-packaging basics, explain terminologies such as half rack of beer, and give you a full list of our rack-of-beer recommendations.

What Is a Rack of Beer?

The definition of “a rack of beer” varies because different countries have different standards as iterated above. In some areas, people call two dozen beers a rack, while in others a rack is a collection of 30 bottles or cans.

Most people understand bottles in cases of beer, or a crate of beer that has 24 bottles or cans. However, in some instances, four six-packs make a rack. The four six-packs can be stacked to make a structural rack of beer. What’s more, in Germany, a rack of beer stands for 16 bottles that you can return in exchange for filled bottles at a fee.

Although there is a bit of debating regarding the true meaning of terms such as half a rack, a case, and the price of a rack of beer, we will try to give you a simple explanation in the sections below.

– What Is Half Rack of Beer?

The consensus is that half a rack of beer refers to 12 bottles or cans of beer. If you refer to a rack as a package with 30 bottles, then half rack of beer would be half of the package. In the case you consider 24 cans or bottles a full rack, then 12 beers or cans apply as a half rack of beer.

A rack consisting of 24-pieces varies between $16 to $25 depending on the state and the brand. There are states such as Alaska or Wyoming where beer is more expensive due to transportation costs. 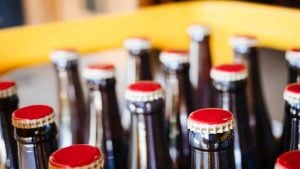 Racks consisting of 30 cans/bottles cost more at around $15 to $30 but there are cheaper brands available. Premium or international beer brands will cost you over $45, so you should keep that in mind if you’re wanting to taste some different beer varieties.

It all depends on your beer preference and what you can afford. If you want to save a few bucks, wait until promotions or specials come through.

Rack of Beer: An Introduction to Beer Packaging

Beer needs neat packaging to suit both commercial and domestic consumption. You can purchase alcohol with ease in cans, bottles, kegs, or taps if you running a bar.

First brewed in 1978, Coors Light, is a light beer with a 4.2 percent ABV, as its name implies. The brewing company responsible for this beer is the Coors brewing company that has existed for many decades. They introduced Coors Light in 1940 and it offered fewer calories; however, production ceased due to the world war and it came back later in 1978.

This brew offers light malt flavors and high carbonation. It is suitable for those watching their calorie intake, and additionally, you can get a rack for about $19 to $28. Therefore, it stands on the mid-price side of larger beer packages.

Budweiser is a popular lager brewed the American way. It debuted in the market in 1876 and became a consumer favorite, turning into one of the highest-selling lagers in the US. The Anheuser-Busch brews and distributes the five percent ABV beer worldwide.

It has a crisp and dry taste that is perfect for a hot sunny day and to make matters better, it is affordable; therefore, suitable for large gatherings. A rack of this brand will cost you $20-$30 depending on the state.

The lager provides a light malt sweetness on the tongue and a slight sour fruit taste at the end. This is among the more affordable beers you can purchase for summer or any season. It doesn’t have a strong flavor but its crispness, especially when served cold, will keep you refreshed.

Brewed by Anheuser-Busch, Bud Light strikes an ideal balance between malted barley and rice. It is a premium adjunct lager offering a low alcohol content of 4.2 percent and delicate flavors. It does not have a strong aroma either because of the mixture of hop varieties.

The beer’s initial notes on the tongue stem from the slight sweetness of the malt and distant nuttiness. It is also an affordable beer brand ranging from $19 to $25 and just like the other light beers; Moreover, it is suitable for hot days since it tastes the best when served cold.

The Pabst Blue Ribbon was once Best Select, then Pabst select, and the current name came from blue ribbons on the beer’s packaging from past competitions. This is another American style lager that debuted in 1844 and has won several awards through the years.

The lager is a full-bodied beer with an alcohol content of 4.7 percent and a crisp finish to quench your thirst.

It is not bitter but presents a nice sweet taste, light aroma, plus it is budget-friendly starting at $19 (always depending on the state) for those who don’t want to spend much on a rack of beer.

Brewed by the Molson Coors Beverage Company, Keystone Light is a 4.1 percent ABV beer. Compared to its counterparts, this lager falls on the lighter side of things because the alcohol content is low and the flavors in the beer are not pronounced.

The refreshing beer is not heavy on calories either making it suitable for weight watchers who enjoy beer. This thin beer with light flavors is affordable costing between $15 and $23.

This is another American lager brewed by the reputable Narragansett Brewing Company, which came about in 1890. Narragansett lager is light with a crisp finish and an aroma of grassy hops.

It presents a metallic sweetness on the tongue from the corn and the fizziness from the carbonation. It is not a bitter beer but if you want a beer with a stronger flavor profile, this five-percent ABV lager will not do.

As the name suggests, this beer hails from Milwaukee from the Miller Brewing Co. and it has a 4.2 percent ABV. This lager has a golden straw color and adequate carbonation to make it easier to drink. Like most lagers, this beer has a slight sweetness with an unnoticeable hop flavor.

You can drink it cold on summer days and find it refreshing although its flavor is mild. Additionally, the beer’s awards at the Great American Beer Festival prove that it is worth a try.

If you have never tried cream ale, you should have a go at the Genesee Cream Ale. This is also an American-style beer like the ones featured above. This beer possesses the crispiness of ale but the smoothness of a lager with an ABV of 5.1 percent.

It is sweet just like most cream ales accompanied by notes of vanilla, herbs, slight bitterness from the hops, and a light flowery scent.

Brewed by the Genesee Brewing Company, this beer participated in the Great American Beer Festival and won some medals. You can purchase a rack of this brew from your local stores for between $16 and $19.

The Miller Brewing company brings forth noteworthy brews and the Miller High Life is no different. This specific beer emerged in 1903 as the organization’s flagship beer and it is still popular in the market.

The beer is light in flavor and alcohol content presenting an ABV of 4.6 percent. It gives a nice sweetness in flavor, no bitterness, and smells lightly like floral hops. For a 30-pack, you would have to pay between $15 and $19.

The Hamm’s brand still retains its original branding but is now under the Miller Coors in Chicago. The lager is a classic in America and offers an ABV of 4.6 percent.

Furthermore, Hamm’s lager has a sparkling gold color, a faint smell of hops, and a crisp finish with a muted bitterness. You will find that it is a thin but smooth beer to drink for any occasion, and the price is friendly, averaging at about $15.

The Genesee brand has been iconic since 1878 and it is easy to see why. It is affordable and uses corn grits, hops, and six-row malt to form a unique taste.

The adjunct lager doesn’t have a distinct sweet taste profile like the cream ale version but it offers a faint sweetness accompanied by a crisp dryness that most light beer drinkers appreciate. Even though it is not the most flavorful beer you drink, it will be refreshing and good for the wallet since it is relatively inexpensive.

Considered a newbie in the Anheuser-Busch’s lineup, the Michelob Ultra is a well-perfuming beer in the US. The beer debuted in the market in 2002 and from then, it was popular among calorie watchers due to its low-calorie content.

With 95 calories per 12oz, this 4.2 percent ABV beer will keep you buzzed and help you avoid gaining any unnecessary weight. Compared to the rest, it is a bit pricey at over $30 but the quality and subtle flavor are suitable for people who drink occasionally.

Offering a higher ABV of 5.9 percent, Natural Ice by Anheuser-Busch can leave you tipsy after a few cans.

The lager has a nice malty sweetness to it and faint bitterness making it ideal for many beer lovers.

People prefer to drink it cold to take in the crispiness of the brew especially after a long day. What is most impressive about this brand apart from the refreshing brew is its price. With $15 for a 30-pack, you can throw a small party with ease. 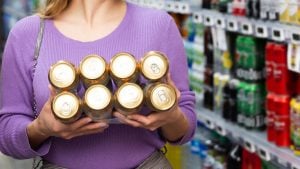 It can be confusing to define a rack of beer, a crate of beer, and a case of beer effectively. The context varies from one place to another but as long as you understand each other during purchase, there should not be an issue.

Now that you’ve read our article, you can go ahead and grab yourself a rack of your favorite beer and enjoy it with your friend group!