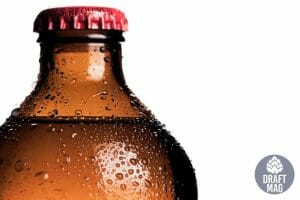 Our Red Stripe beer review targets all the beer lovers and enthusiasts that are curious about this Jamaican lager.

Popularly known as the Hooray beer, it is often said that it’s impossible not to like this light lager.

Before grabbing one off the shelf, you might first want to know what’s inside their stubby bottles to see if you will enjoy it. Find out more as you read the complete Red Stripe lager review below.

A pale lager categorized as an American Adjunct Lager, the Red Stripe beer alcohol percentage is set at 4.7 percent while its IBU is 10, giving it barely any bitterness. It is described as a full-bodied, crisp lager with a smooth post-palate sensation by the brand itself.

The refreshing beer is perfect for a hot day, and you will taste the light alcohol presence. Because of the low ABV, you can enjoy drinking it in the afternoon without becoming drunk.

If you’re curious about what to expect as you drink it, check out the beer’s style profile below.

The appearance of the Red Stripe beer is spot on with its description as a light lager. Although you see a few bubbles, it has an ashen straw color and a clear impression. It features poor retention — the head is white and medium-sized and dissipates quickly.

In terms of the aroma, you can perceive a grainy, sweet and bready scent with hints of apples. You will also smell wet hay and pick up slight diacetyl if you’re familiar with its aroma.

The delicious, crispy aroma is combined with the subtly sweet mouthfeel on the tongue. It also offers medium to high carbonation, which stings your palate. It is fuller than most lagers, giving you a refreshing feeling.

The taste of this beer follows its aroma, with nondescript sweetness and an earthy flavor. You can also taste hints of the aforementioned wet hay. As you taste the beer, you will enjoy its hoppy flavor, although it passes by as soon as it comes.

You will also enjoy a lingering sweetness after you swallow. It finishes dry, too, with a faint aftertaste of sweet malt.

The unique blend of flavors and aromas in Red Stripe beer is achieved using the brilliant recipe created by the brand. The company uses Pilsen malt, hops, cassava starch and water to make this refreshing beer. 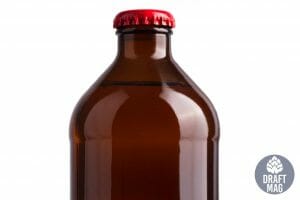 It is not certain what specific hops are used in making the Red Stripe Jamaican lager beer or the water they use. The beer also contains barley for allergies and features 139 calories per serving. Since the beer is made with barley which contains gluten, it is not gluten-free, but if you’re vegan, you can drink this beer guilt-free.

Where Is Red Stripe Made?

Where Red Stripe is made depends on where you buy it. The beer is primarily produced in Jamaica, but breweries in the United States make the beer.

Although it seems like it should be made in Jamaica since it is a Jamaican beer, this is not always the case. At first, all Red Stripe beers were made in Jamaica by Desnoes & Geddes Limited, but in 2012, the company brewed the Red Stripe beers for the U.S. market in two locations in the country. The first is the home to the iconic Rolling Rock beer, Latrobe, Pennsylvania, and the second location was City Brewing Co, in La Crosse, Wisconsin.

They also brewed the beers for Brazil, European, and Canadian markets in Jamaica. Because of this, two California people sued the owners of Red Stripe for advertising it as a Jamaican beer when they were actually made in Pennsylvania.

Heineken purchased Red Stripe from Diageo, the original owners, in 2015. In 2016, it was announced that they would be moving the brewing operations for the beer to Jamaica.

If you enjoy drinking Red Stripe but think it can be better, you can make your recipe as an experienced homebrewer. Alternatively, you might also want to try your hand at making a replica of the famous beer. You can do so with this cloning recipe which we will explain below.

The all-grain recipe achieves a 4.6 percent ABV and 13 IBUs, close to the original Red Stripe beer alcohol content and bitterness. It also uses Pilsen malt, although you can think out of the box and use American 2-Row malt instead.

Choose one from the following:

If you’re drinking a Red Stripe beer, there are different kinds of food that you can enjoy with it for a full experience. You can pair it with Jamaican jerk chicken and roasted breadfruit if you want something traditional, but in general, this beer goes well with spicy and smoked dishes.

You can also enjoy it with fried foods like wings, French fries, fried fish, and hot dogs, as the carbonation goes well with the fat and bready sweetness. Cheese lovers can enjoy the beer’s sweetness with light-bodied cheeses like Mozzarella.

Although popularly known as the Jamaican Red Stripe beer, you might be surprised to know that the original recipe of this drink is not from Jamaica. The beer is well-known to have been made in Jamaica and is recognized in the country, but its history is more complicated than that.

The roots of Red Stripe beer is actually traced back to 1928, which was when it was first brewed. Back then, it was not the light lager that you can find today. It was initially brewed as an ale, darker and heavier than the light and pale lager.

By 1938, the beer and its recipe were upgraded and revamped, leading to the famous Red Stripe beer that everyone now loves. Its easily recognizable stubby bottles were released into the market in 1965.

The recipe can be traced to Illinois, but it was sold to Desnoes & Geddes, located on Pechon Street, and taken to Jamaica. Since you can trace its early and formative years to Jamaica, it is said to originate from the country.

While the Red Stripe lager is famous in the United States today, it was first exported in 1985 but had poor results. It was packaged in the standard green bottle, but most Americans looked forward to the brown bottles of beer instead.

As the years went by, it became more and more popular. By 2005, its export volume was more than the domestic consumption and in 2015, it was purchased by Heineken.

Red Stripe is a well-known beer and has a diverse sponsorship portfolio. The brand sponsors the Cricket World Cup, plus it plays a massive part in the Jamaican Football Federation to qualify for FIFA.

It sponsors the bobsled team in Jamaica, the Air Hockey World Championships in 2010, and The Great Escape, Camden Crawl and Reggae Sumfest music festivals.

Why Is Red Stripe So Popular?

Most people like the taste of Red Stripe, which is probably why it is so popular. The beer is usually praised by enthusiasts, even those who don’t enjoy lager. Plus, the promise of something as exotic as Jamaican beer adds to its appeal.

Since Red Stripe has been around for decades but still retains its high quality unlike other types of beers, it’s not surprising that it continues to be trendy.

Conclusion: Check Out This Popular Lager 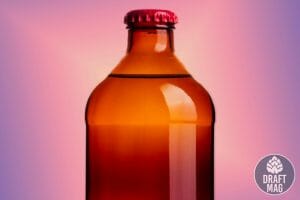 Now you can check out the impressive Red Stripe beer by buying a bottle off the shelf. Once you’re familiar with the taste, you can start making your own!

Pop open a Red Stripe beer today — you might discover why everyone is advised to try it at least once.