Root beer flavor is typically coated with a distinct, sweet and appealing vanilla flavor on the taste buds. You can picture root beer as an ice-cold, brown soda fizzing in your pint glass while a sip gives you a pleasant taste that compares well to the ecstasy that throws you off balance. 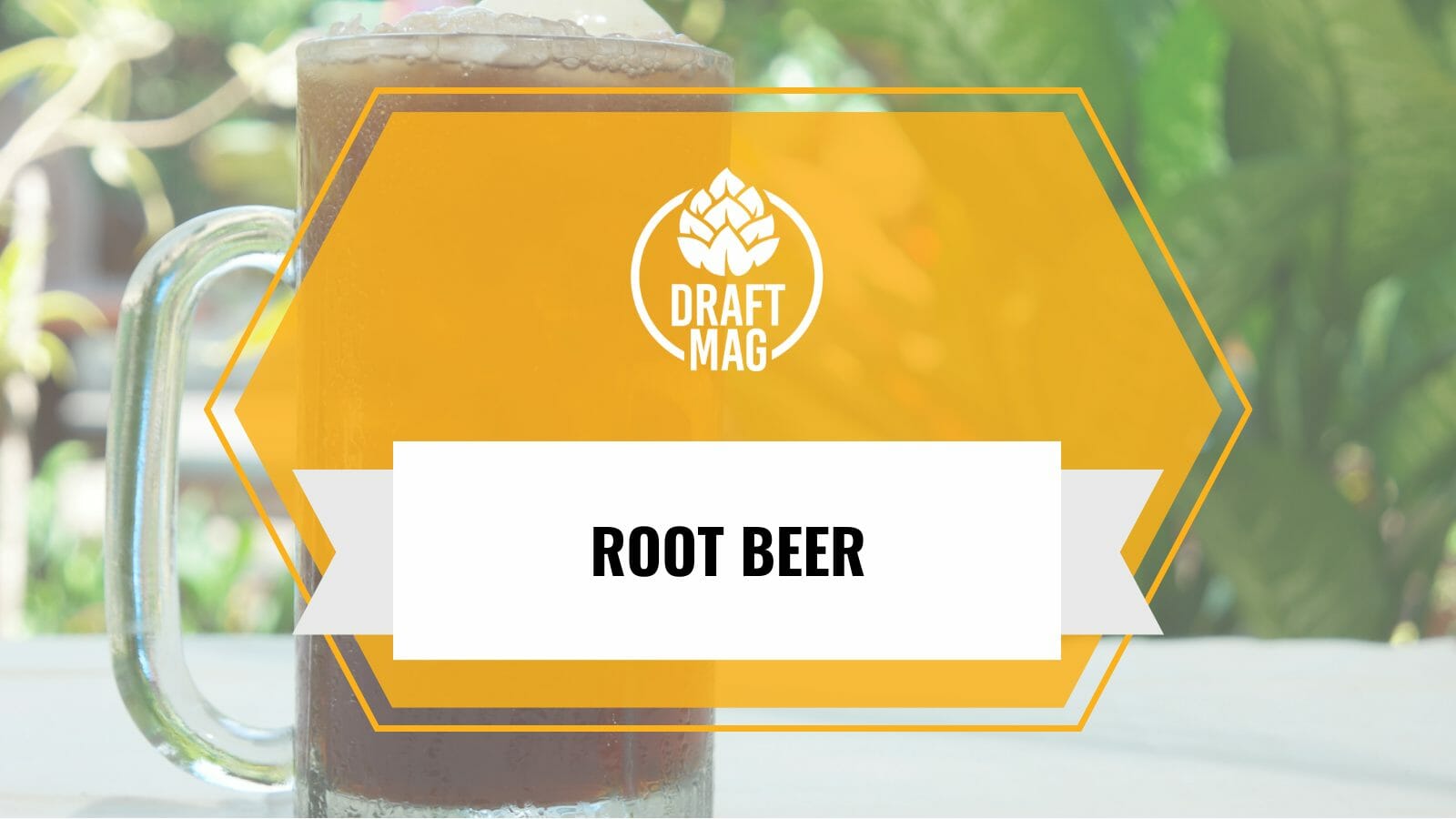 As such, it barely surprises that many drinkers label this drink as the best soda ever. Here, we will spell out everything you need to know about the root beer flavor and other core root beer trivia. 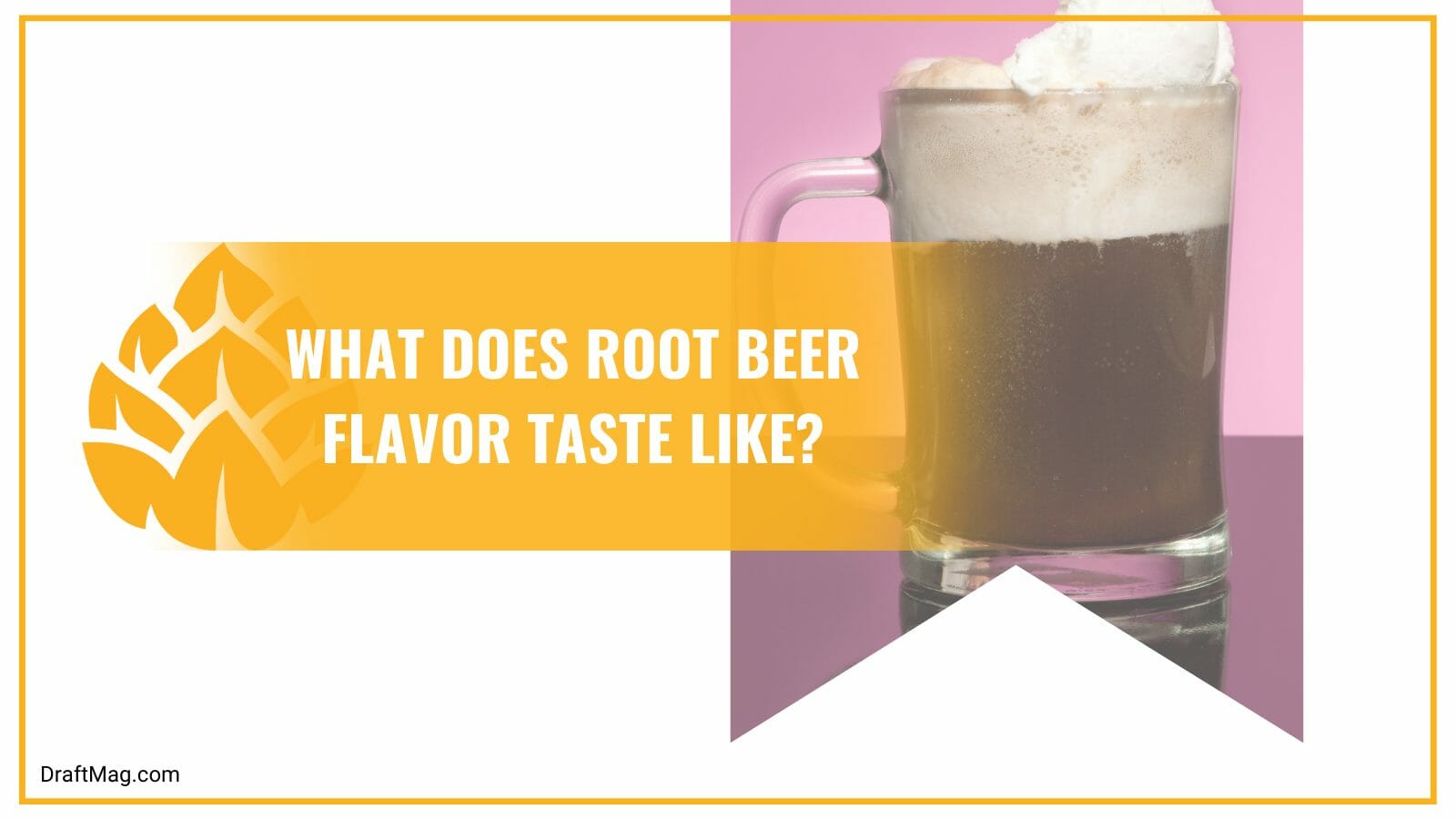 The root beer flavor is a traditionally fashioned favorite that perfectly combines the flavors extracted from the barks and roots of several plants. It is usually brewed using the root bark of the sassafras tree called Sassafras albidum and the vine of sarsaparilla called Smilax ornata.

Since safrole oil, the main extract of sassafras, got banned in the 1960s due to the research showcasing its carcinogenicity, root beer manufacturers have been using artificial sassafras flavorings. Consequently, today’s root beer offerings have developed to use an unanticipated yet unique combination of flavors that continue to dazzle drinkers.

Likewise, the root beer float comes with other flavors like chocolate, cream and peanut butter cup, making root beer an excellent pick to savor a traditional beverage in a modern way. Therefore, in most cases, the flavor profile of each brand of root beer varies slightly from one to another.

Although other sodas have exclusive flavor profiles, many agree that the sweetness of root beer quickly sets it above the rest. Above all, root beers aren’t just sweet; their distinctly complex and layered flavors give a delightful taste that rarely compares to any other soda. 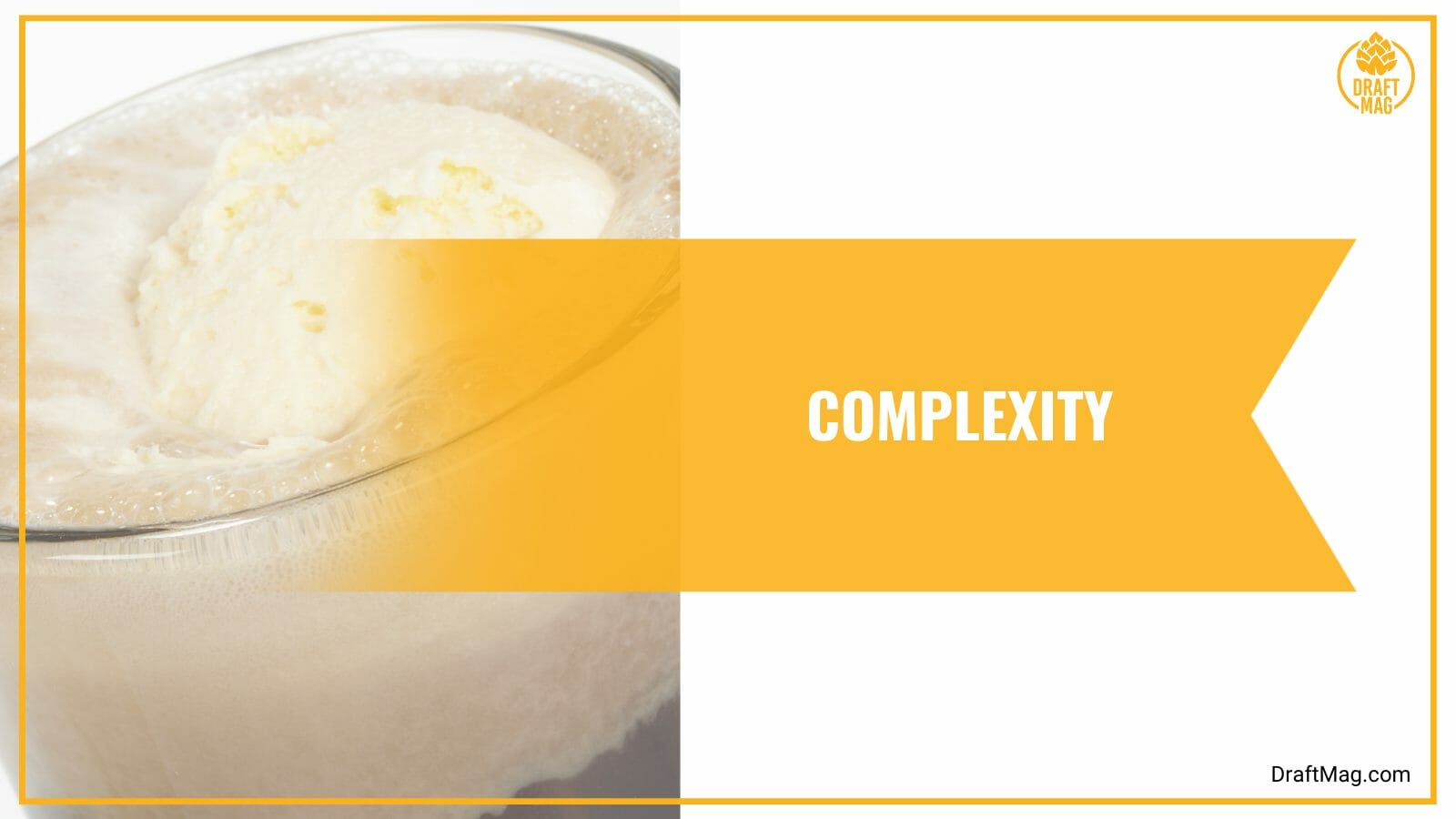 More so, the natural carbonation of this brew adds to its easy drinking and refreshing qualities. You might want to add trying this sweet piece to your bucket list.

This brew is generously balanced with ample flavorings, thus giving this brew a sweet North American-styled poise. The primary ingredients used to make modern root beer include the following:

Without other flavor additives, the sassafras extract provides a distinct and slightly mint-like flavor that contributes to its livening character.

How Do You Prepare Flavorful Homemade Root Beer?

To prepare delicious and flavorful root beer at home, you will need to have the complete list of ingredients and the appropriate materials to be used. The ingredients will have to be heated and fermented for a few days before being bottled and enjoyed.

To a large extent, homemade root beer is a healthier alternative to commercially produced offerings. This is because some commercial root beer contains large quantities of artificial sweeteners, preservatives, flavors, colors and other chemicals. Avoiding these unnatural substances to maintain a healthy lifestyle is essential. 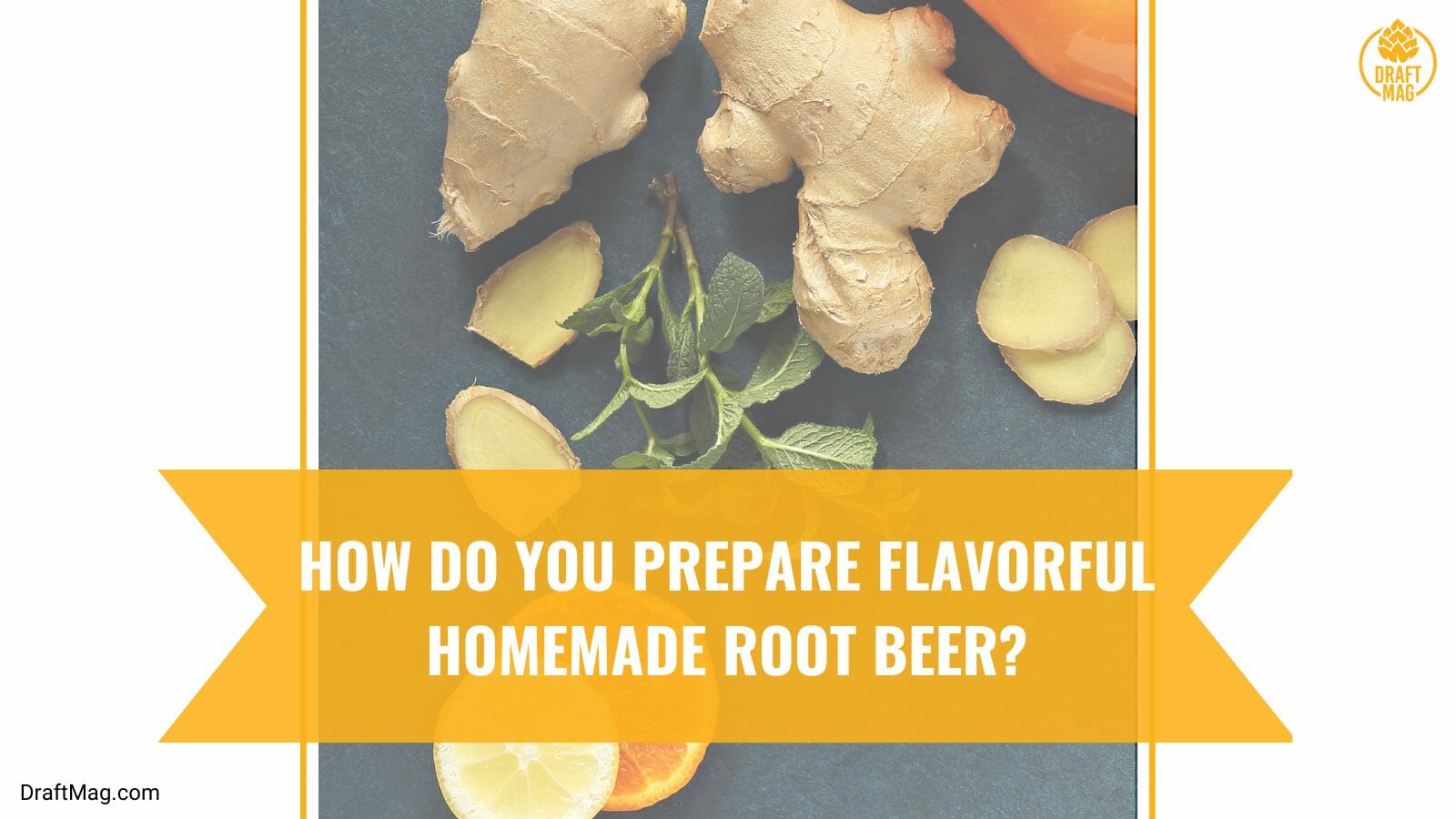 Meanwhile, those who make this home beer often use naturally sourced ingredients. Thus, this resulting fizzy beverage provides a tonic, healthy, refreshing drink you can savor with less concern about consuming chemicals.

Root beer is straightforward to make at home for those who want to try home brewing. Homemade root beers are usually alcoholic, but the ABV is somewhat negligible. But if alcohol content poses an issue, we suggest you stick to the commercially produced brews.

Take a look at the main items you’ll need to make root beer at home below:

The root beer extract is much simpler to use than the herbs. However, it may not give the tasting notes you desire, but you can always play around with different root beer brands to settle on your preferred flavor.

To make 4 liters of root beer with herbs, you must grind about 14 grams of each for various herbs. Next, simmer the herbs in about 4 liters of water. Then, add about 300 grams of sugar and one gram of yeast and stir them together. Take note that most homemade recipes recommend using sarsaparilla, wintergreen and vanilla at the very least.

After a few hours, pour the mixture into a clean plastic bottle and leave it alone to ferment at room temperature for two to three days. The carbon dioxide produced during the fermentation process will make the bottle firm while also adding a natural fizziness.

Once the bottle is hard enough, it indicates that your root beer is ready for drinking. Place the bottle in the refrigerator for a few hours to stop the fermentation process, and then decant the content carefully to ensure you do not pour the drink alongside the sediments at the bottom of the bottle.

A quick tip is to prepare the beer three days before you need it because it must ferment well to get the bubbly feel. While it is apparent that some drinkers still opt for sassafras to get the authentic root beer flavor, ensure your herbal ingredients do not contain sassafras containing safrole.

To make two liters of root beer with the prepared extract, pour about 200 grams of sugar into a clean plastic bottle and add one gram of yeast. Shake the bottle to ensure that the sugar and yeast get well-blended. 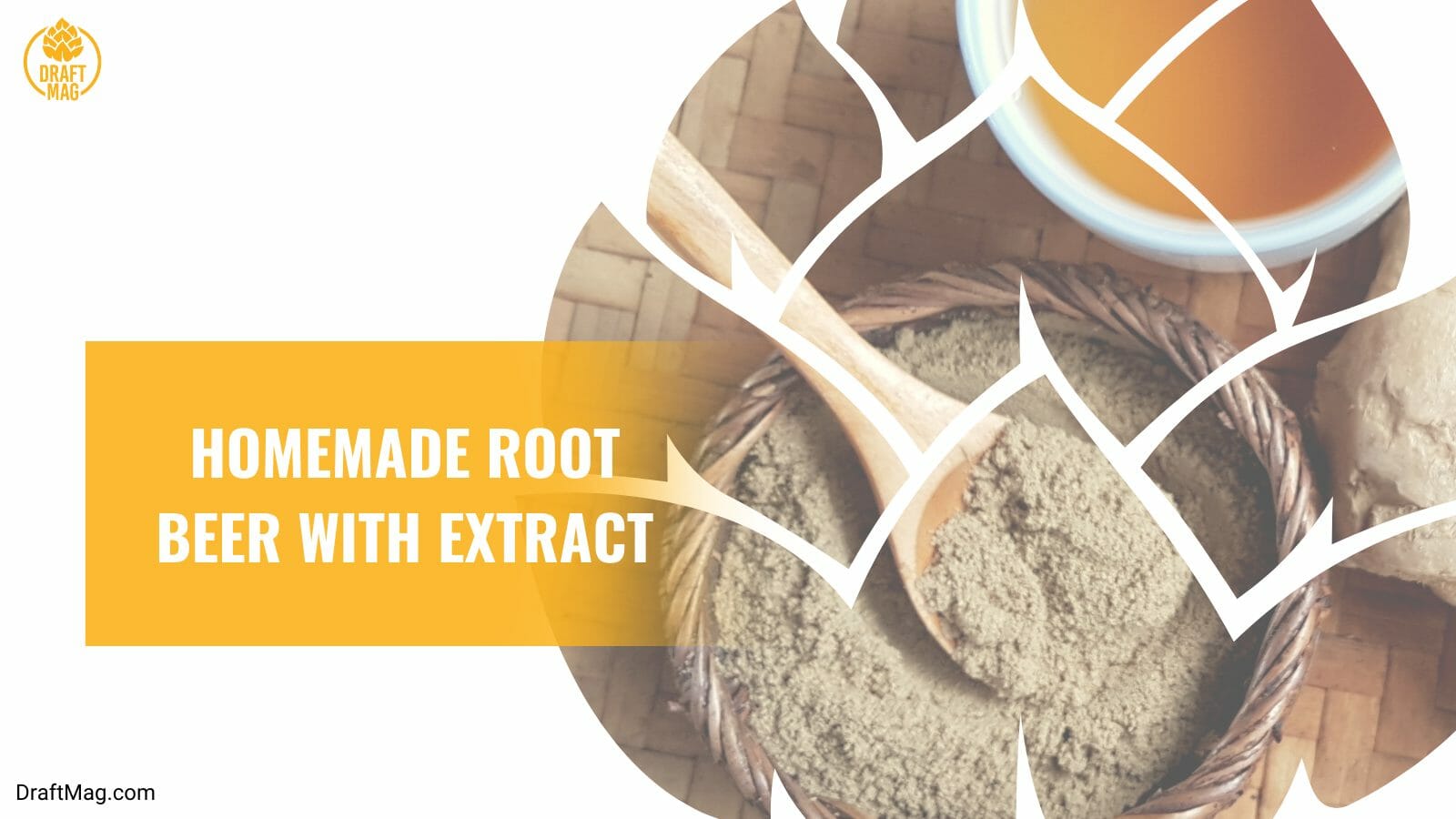 Then add one full tablespoon of the root beer extract, and pour enough water up to the bottle’s neck. Afterwards, allow the root beer to ferment, as highlighted in the herb-based recipe above.

Most breweries make root beer by fermenting a mixture of herbs or spices with yeast and sugar. Due to the diversity of flavored herbs, many brands make this brew in different desired flavors.

To brew root beer, expert brewers blend herbs like cherry bark, sarsaparilla root, vanilla, wintergreen, nutmeg, anise, licorice root and molasses in a clean container. Afterward, the herbs get mixed with sugar and a slight amount of active yeast before pouring the resulting mixture into the fermentation tank, to which the brewer adds sufficient water.

Typically, this brewing process relies on lactose fermentation which adds a subtle froth to the brew. After a few days, the brewers will remove the beverage from the fermentation tanks and place the fermented mixture in the refrigerator to stop further fermentation. After adequate filtration, most root beer makers empty their drink into sizable bottles for sale, though others sell the brew in kegs. Root beer makers in the United States no longer use sassafras extracts containing safrole because the Food and Drug Administration established that safrole has mild carcinogenic properties.

There are chances that you may find this ingredient in some commercially produced beverages in other parts of the world, but avoiding these brands would be a good idea due to wide-ranging health concerns. Keep in mind that other root beer ingredients are safe and give the desired flavor.

What Are Some Popular Root Beer Brands?

Some of the popular brands of root beer available in the market today include A&W Root Beer and Barq’s Root Beer. These classic brands have been producing their specialty brews for years now, and they are the most recognizable root beer brands in the market.

A&W root beer is an American brand founded in 1919 by Roy W. Allen. Today, the company primarily operates in the United States and Canada, producing one of the best-tasting root beers worldwide. 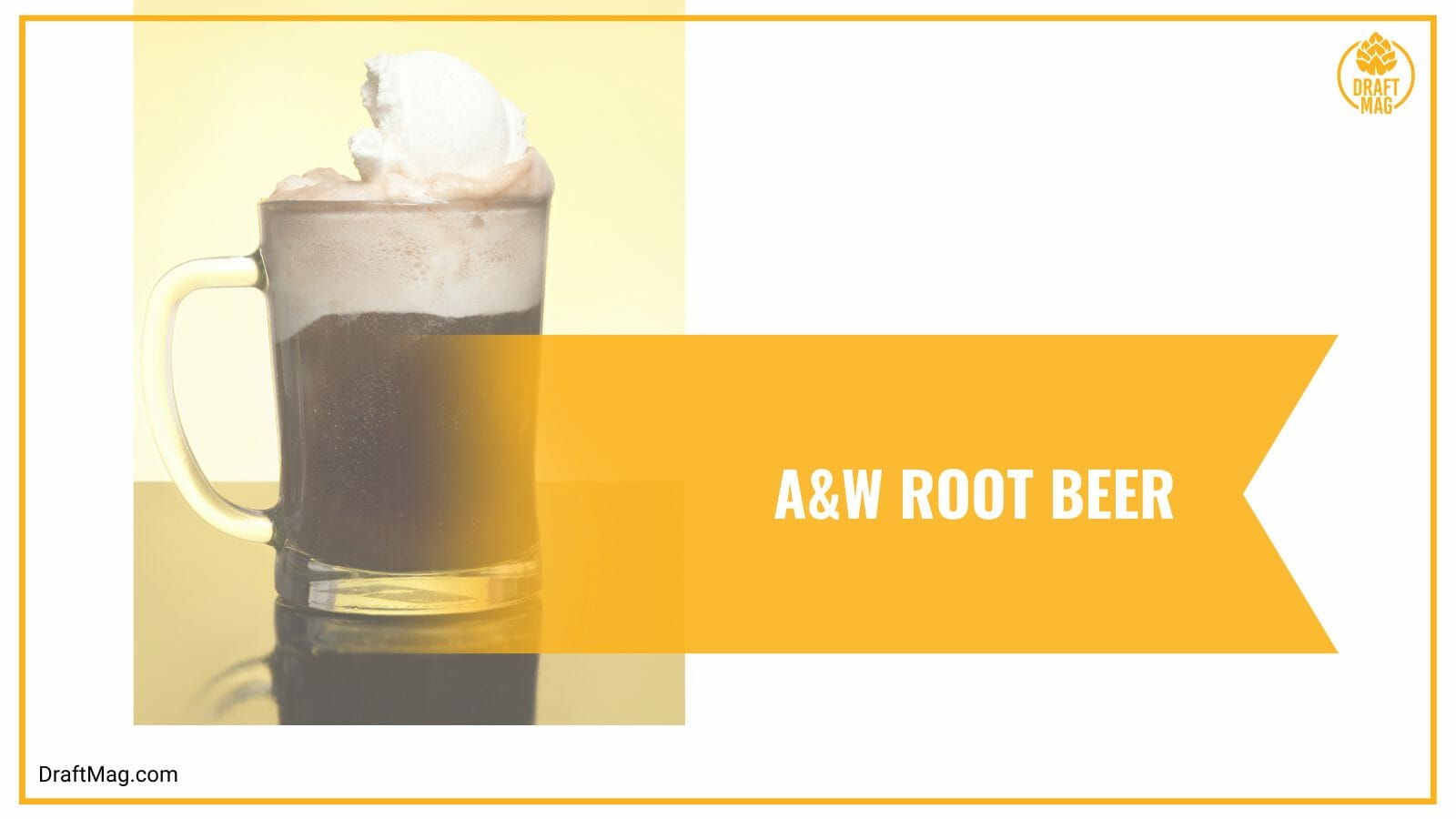 Barq’s an American root beer brand established by Edward Barq in 1890, but the Coca-Cola Company currently owns it. The Barq’s root beer flavor reveals vanilla, nutmeg and cinnamon. It tastes great but not too sweet, and some of its formulations contain caffeine. It also contains no alcohol, making it a safe option for people of all ages to enjoy.

– Why Do People Compare Root Beer Taste to Toothpaste?

People compare the taste of root beer to toothpaste because they both contain Wintergreen, which is widely used in the production of various products. Some toothpaste brands happen to use it, so these pastes have almost the same taste as root beer, though the overall formulation may vary.

No; today’s root beer contains negligible amounts of alcohol, making the drink a popular choice for everyone. Most traditionally brewed root beers contain less than 2 percent alcohol because they are often naturally carbonated, but some brewers add more alcohol to make it a more potent drink.

However, depending on your preference, you can brew your homemade root beer to have more alcohol.

– Which Is Healthier Between Root Beer or Coke?

But this doesn’t remove the fact that root beer contains high amounts of sugar, so they aren’t the best drink to consume daily. Generally, root beer contains 13 calories per 40 gram serving. As such, root beer is not exactly the healthiest beverage option available due to its high sugar content and calories. Even so, if you consume this brew in moderation, you can easily maintain a healthy weight and shape.

Well, there you have it — root beer has a rich, refreshing tasting note that continues to drive a buzzworthy following. We discussed what the root beer flavor tastes like in the article and other core details about root beer, so here are some crucial points we mentioned in this article:

Grab this soft drink for your next family night to savor all the refreshing and flavorful sweetness with your loved ones!