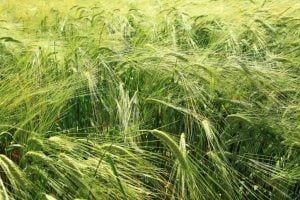 Unless you’re a seasonal homebrewer or know enough about the technical aspects of the beer-making process, you may want an answer to this and other questions regarding the use of Vienna malt and the available substitutes. Fear not, the goal of this article is exactly to help you find the right substitute for Vienna malt.

What Is Malting? Let’s Take a Minute and Talk About Malt

Malt is the grain that is specifically prepared for brewing beer. In beer, sugar is extracted from grain, which feeds the yeast and therefore causes fermentation. The fermentation then creates alcohol and carbonation giving the drink its unique flavors.

Brewers across the world use barley or wheat for malting. But malting can also be done with rye, oats, and grains alike. Malters use different types of malts for various reasons during the brewing process. One main reason is to bring a punch of color to the beer. The other reason is to balance the sweetness in the beer.

Vienna Malt Flavor – What the Malt Contributes to the Final Beer

Vienna Malt is an adaptable two-row malt with a rich and subtle biscuit flavor. It has all the chemical markup for a base malt. The color averages between 3-4 degrees Lovibond. This malt contributes to the rich, dark color of the final beer. Most brewers suggest this malt to be used in 100 percent capacity due to its diastatic power. Some others also use it as a specialty malt to intensify the color and flavor.

A base malt is kilned to achieve a pale color. There are other specialty malts like chocolate malts, caramel malts, and alike, which are added to the base malt to give exotic aromas and tastes to the beer.

The distinctness in Vienna Malt flavor as noted by some homebrewers is its coppery appearance and warm toasty appeal. Some others noted a cracker-like to toasty appeal, depending on the darkness and quantity used. The base malt has a very toasty to malty aroma and it tastes as it smells.

When we talk about the level of sweetness, the more you toast your malt, the sweeter the beer gets. Now you know why that dark beer tastes sweet on the initial sip. Brewer Mike Hoops from Minneapolis town, MN explains the Vienna malt flavor as grainy and malty with a color rating of 3-5 degrees Lovibond.

From the table, it can be inferred that a good Vienna malt substitute is hard to find. But Brewers across the world have been experimenting with combinations to get a product close to what the Vienna malt would produce.

As mentioned above, a good Vienna malt alternative can be a varied combination of Pilsner malt and American victory. Pilsner malt is made of the finest spring barley, which is found to be grown in Germany, France, England and Denmark. This lager-style base malt is highly modified and kilned to a highly blonde color value. It has a malty, sweet flavor with gentle notes of honey. When it comes down to the mouthfeel, beers from Pilsner malt tend to be soft, round, sweetish-malty in flavor.

While Pilsner malts add a malty flavor and blondish color to the beer, the Victory malt is an intriguing addition for it imparts a toasty, cozy dash to the beer. The Victory malts are a member of the biscuit-style malts. It is best to treat victory malt as a specialty malt in most cases, as the right amounts of this can bring complex yet warm flavors to the beer. This malt is also responsible for the warm color of the beer.

Pilsner malt provides the beer with a subtle meltiness, a decent mouthfeel, and good foam development, which means a beer with a longer head. It is a versatile base malt that is popular in both traditional beers and contemporary ones, like low alcohol light beers, blonde Belgian ales, and lagers. Victory malt also is well suited for both ales and lagers. This malt usually is responsible for the dark color of the beer. It releases aromas and flavors of nutty biscuits and baking bread.

– The Right Combinations and Quantities Along With Substitutes

An appropriate combination of the Pilsner Malt and the Victory Malt can, to some extent, act as a good substitute for Vienna malt. When it comes to the quantity of Vienna malt in the beer-making process, different brewers have different scaling measurements.

Brewer Penny Pickart from Briess Malting Company in Wisconsin suggests that adding a 10-30 percent Pilsner malt to Vienna will add color and enhance the malty flavor. He further suggests using up to 90 percent Vienna malt with 10 percent caramel malt for light-colored amber beers.

Mike Hoops, a brewer from Minneapolis, admits to using only about 25 percent Vienna malt into a bohemian style Pilsner for extra chewiness. He is also seen using the Vienna malt as a special malt in quantities varying 3-5 percent alongside pale ale. He agrees that Vienna malt is a super versatile malt and has a place in many more beer styles.

– What Is the Ideal Vienna Malt Substitute? 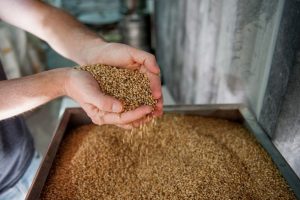 Vienna Malt substitution varies with the intention of your final product. If a brewer is aiming at producing a blonde beer, for example, substituting Vienna malt can be a task. This malt is a unique one on its own. There is no exact or perfect substitute for the Vienna malt.

As mentioned earlier, if the final product is a distinct blonde beer, a mix of pale malt and about 15 percent Munich malt (up to 10 Lovibond) would give the right color for a blonde ale. You could also use a Munich malt as a Vienna malt substitution, but not in a 1:1 quantity, as the Munich malt gives a grainier and darker hue to the beer.

For a beer with a pale color, maybe 15 percent Munich malt would be the right quantity. It ultimately depends on the type of recipe the brewer is working on.

– Some More Optional Substitutes: What the Brewers Are Experimenting

Another close substitute for the Vienna malt can be the Kolsch malt. This malt is responsible for a subtle soft and malty sweetness in the beer. Kolsches have a slightly grainy malt flavor, with a balanced bitterness with a nice crisp end and hop fruitiness. The flavors are closely similar to those generated by the Vienna malt.

Different Brewers have different terminology and measurement tactics they follow for cultivating a beer style. Vienna Malt is considered both a base malt, as it has the chemical characteristics of base malt, and a specialty malt for its color bending features. One could substitute the Vienna malt with a pale base malt in a house beer. If the end product demands a darker spectrum of beer, the necessary color adjustments need to be made.

Munich malt, on the other hand, is known for bringing heightened crispiness to the endnotes of a beer. Keeping this in mind: If a brewer had Munich malt at his disposal, he could use a small percent, as Vienna malt beers are less crisp and more round and smooth. Munich malt is also a bit darker than Vienna malt. Therefore, the whole game depends on the brewer’s skills to measure precisely the right combination for the desired beer.

Vienna malt flavor encompasses a toasty, warm appeal and golden/coppery finish. It is sharper in its sweetness than other malts. The following could be considered good substitutes for the Vienna malt:

There isn’t just one substitute for the Vienna malt in the market. However, brewers have been able to experiment in the past and still are trying different combinations of malts to bring the flavors of a Vienna malt product. Will you experiment too with one of these?