Vietnamese beer brands are plenty on the market and it is practically impossible to go through all of them, especially if you’re on a short vacation. From commercially produced lagers to specially crafted ales, the beer culture can be overwhelming. 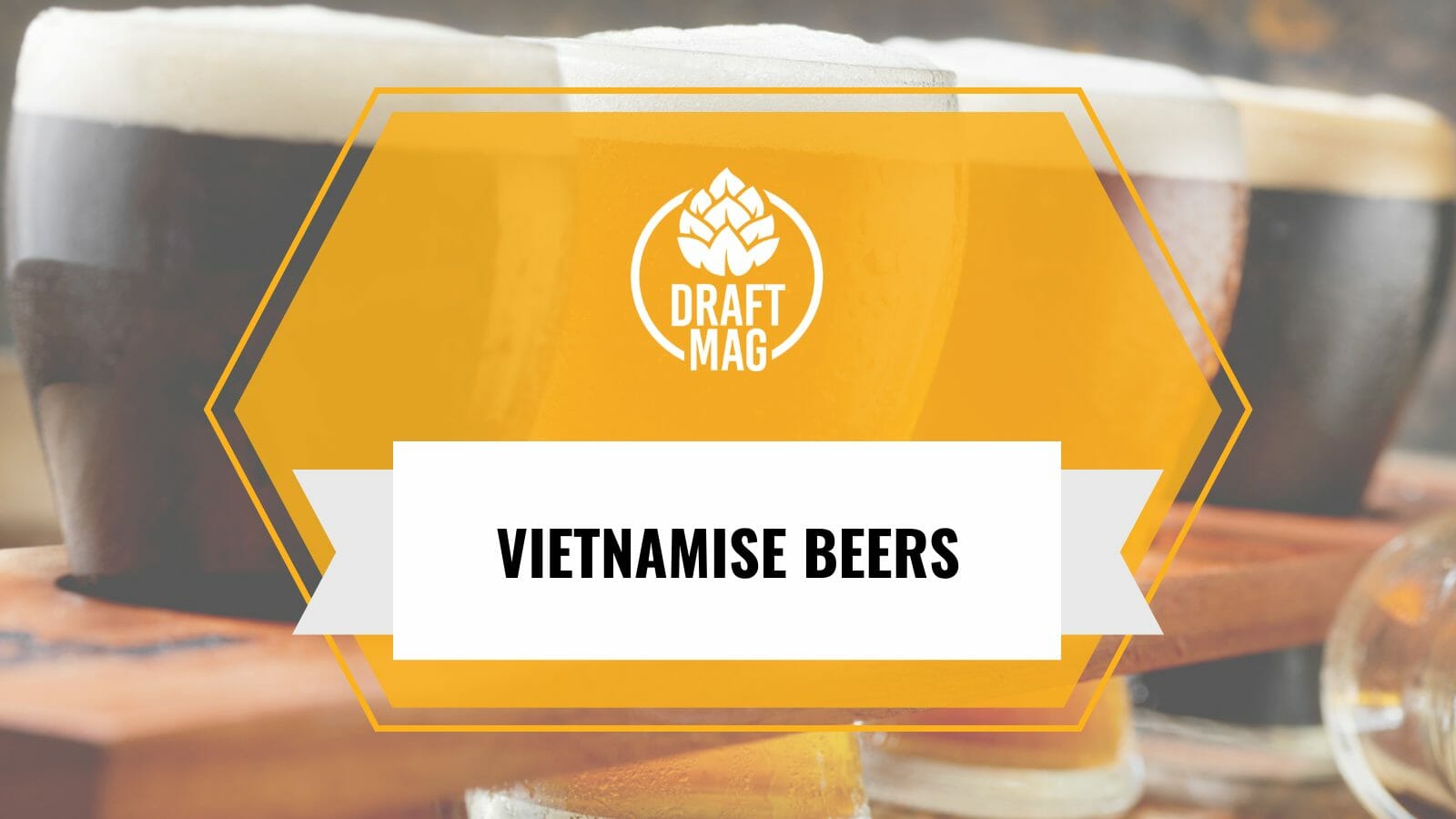 Fortunately, we’ve done a sampling of the best beers in Vietnam and have curated a list of what we believe is the creme-de-la-creme of Vietnamese suds. Each beer will be analyzed according to its ingredients, aroma, taste, IBU and ABV to give you a fair idea of what to expect when you try them out.

Here is the list of the best 11 Vietnamese beers that are a must-try for every beer aficionado who visits the country:

If you’re looking for a beer that captures the friendly and hardworking spirit of the Vietnamese, then your go-to beer is Hanoi Beer. Brewed by Habeco in the style of American Adjunct Lager, this light golden beverage features a light honey aroma mixed with earthy and sweet grain flavors. It is brewed with little to no hops so expect no bitter taste. However, it has a clean taste that goes down well and a wet finish. 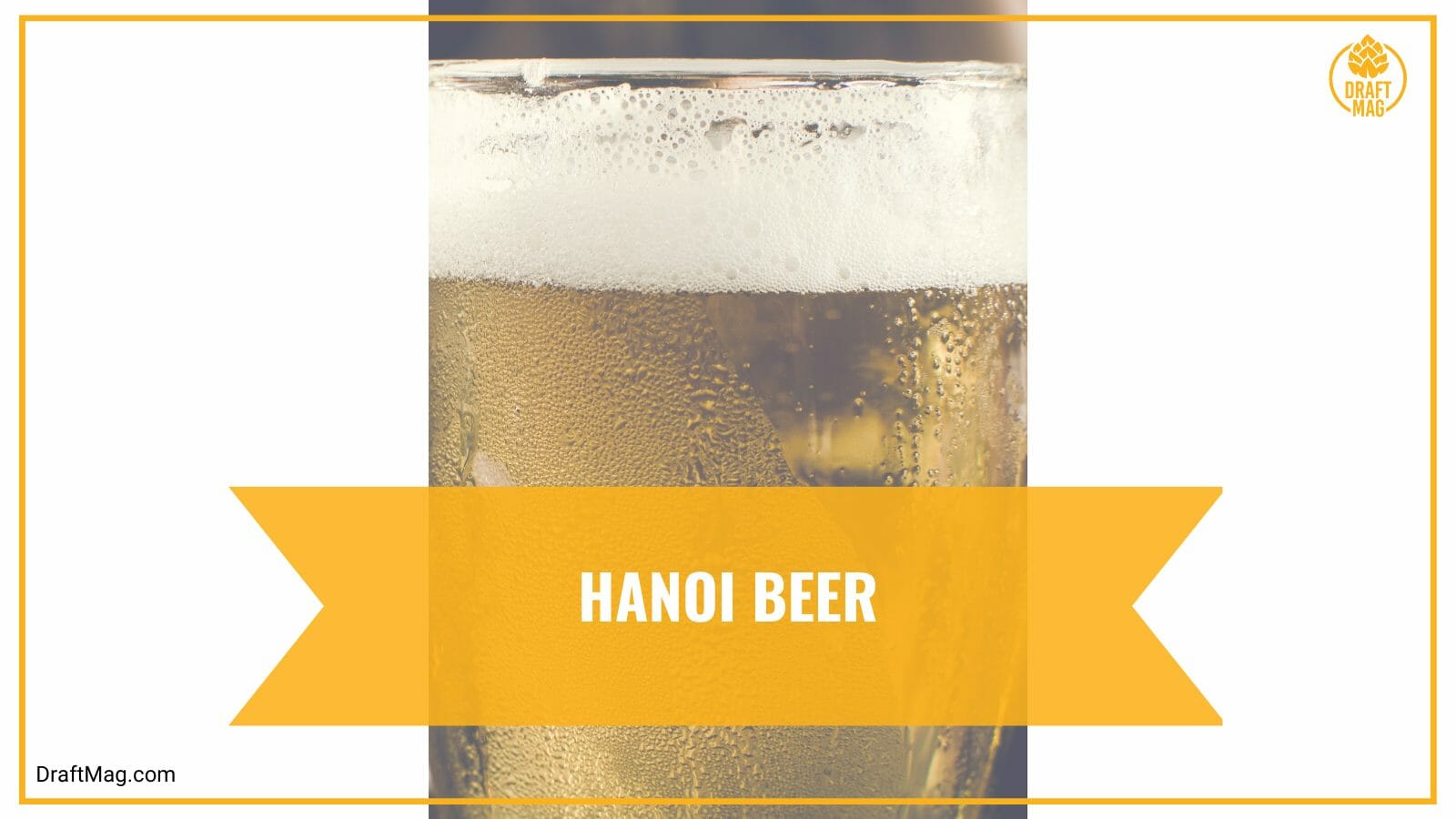 It has an attractive body which is due to its high carbonation and it features golden bubbles with a foamy head and a great malt character. Also known as Bia Hanoi, the drink has an ABV of 4.5 with no IBU, which is great for beer connoisseurs with a sweet tooth.

Though not a traditional beer from Vietnam, Tiger has come to be accepted as an ale that is synonymous with the country. Tiger is a European Pale Lager that features a full body and a refreshing taste.

It has a malty taste that is complimented by herbal flavors with hints of honey and corn. Vietnamese Beer Tiger pours a light golden hue with a froth that quickly dissipates, leaving no lacing behind. 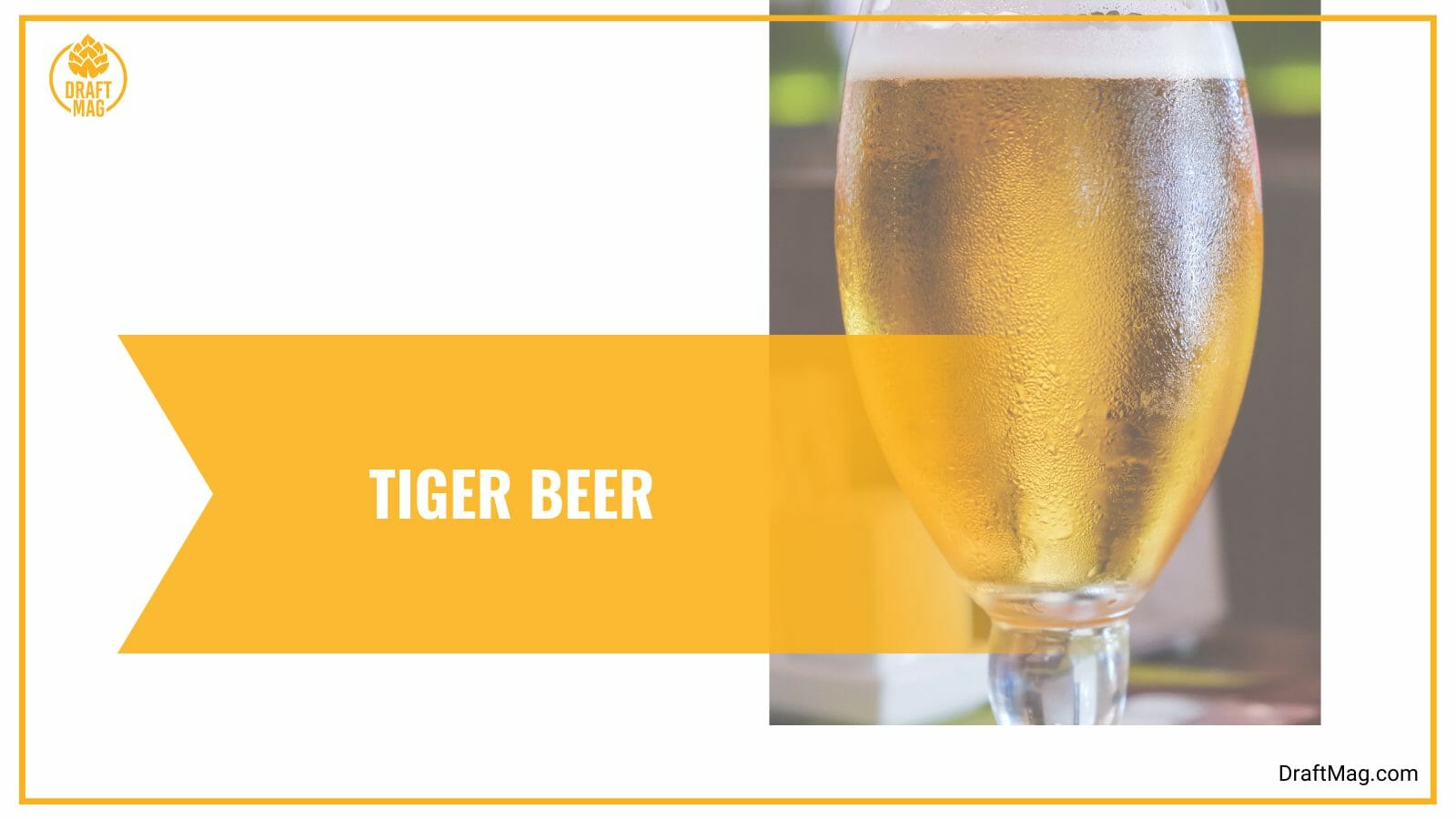 The beer has a sweet aroma of corn and malts and a refreshing crisp taste that goes down smoothly. Overall, it has a nice mouthfeel and leaves some sugar on the palates. It has an IBU of 18 and a 5 percent ABV, which gives you room to enjoy more of the special ale before you become tipsy. There is no sharp taste as well and its finishing is a bit wet so expect some bland aftertaste.

Also known as Bia Saigon, it derives its name from the bright green bottle that houses this special ale. The beer pours a clear and golden color with a head that vanishes as quickly as it forms but leaves behind decent lacing.

It has a light body with medium carbonation that is perfect for the searing heat of the summer. Bia Saigon features a grassy, grainy flavor mixed with barley and rice while the taste is dominated by grain/rice. 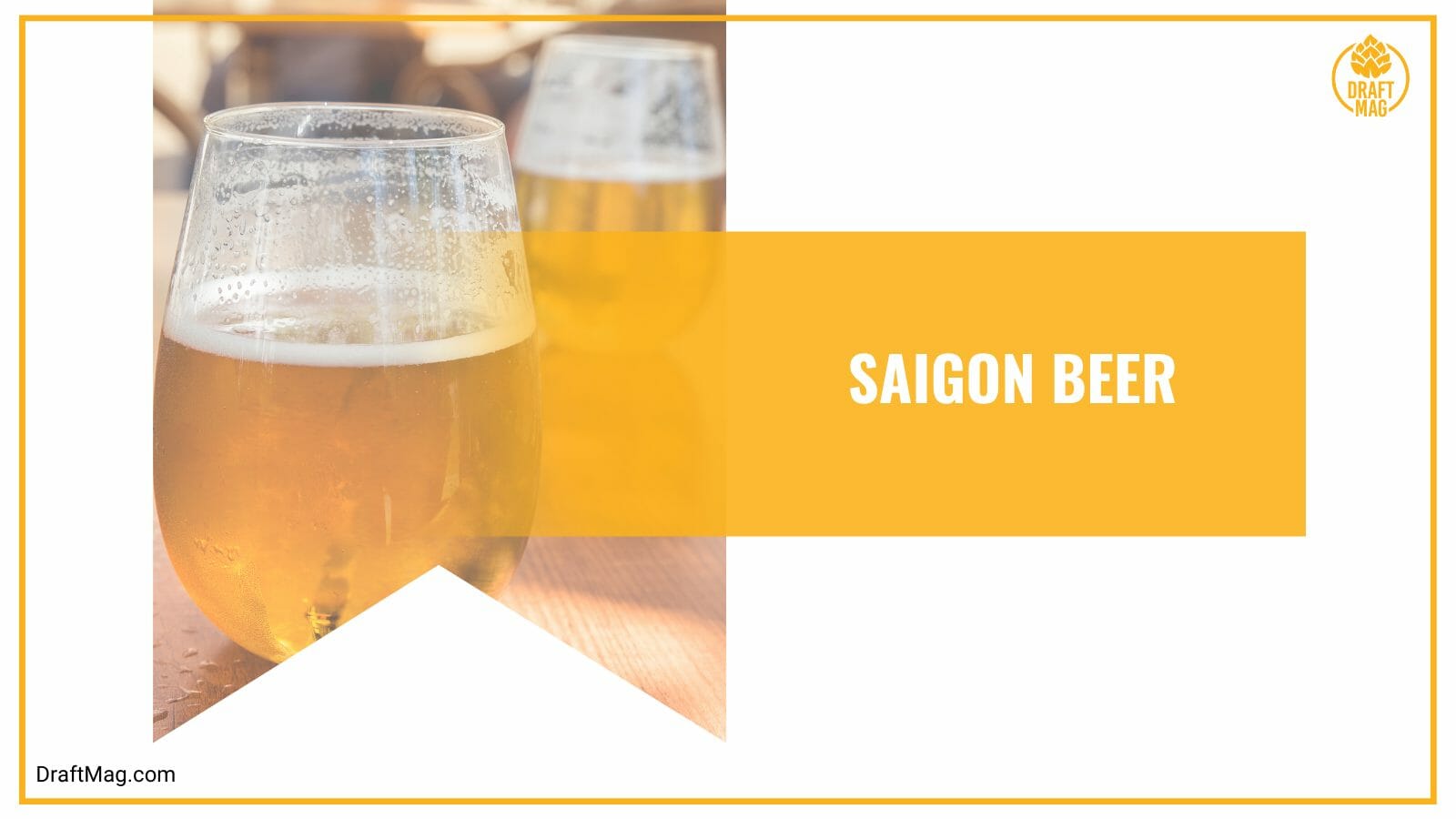 On the whole, the beer has a sweet syrupy taste that borders on malt extracts with hints of honey. Bia Saigon’s IBU is 0 and its ABV is 4.3 percent. The beer boasts of a balanced body that appears attractive in a glass.

The beer is crisp and clean and has a malty-dry feeling that gives it a spicy sour aftertaste. Produced by Saigon Beer Company, this beer goes through a lengthy fermentation process to arrive at a distinctively delicious taste unlike any other.

Brewed in the style of Dortmund Export Lager, this ale showcases a thick head when poured out but has less retention. Just like the ales on this list, it is an amber-colored beer that is crisp with medium carbonation. 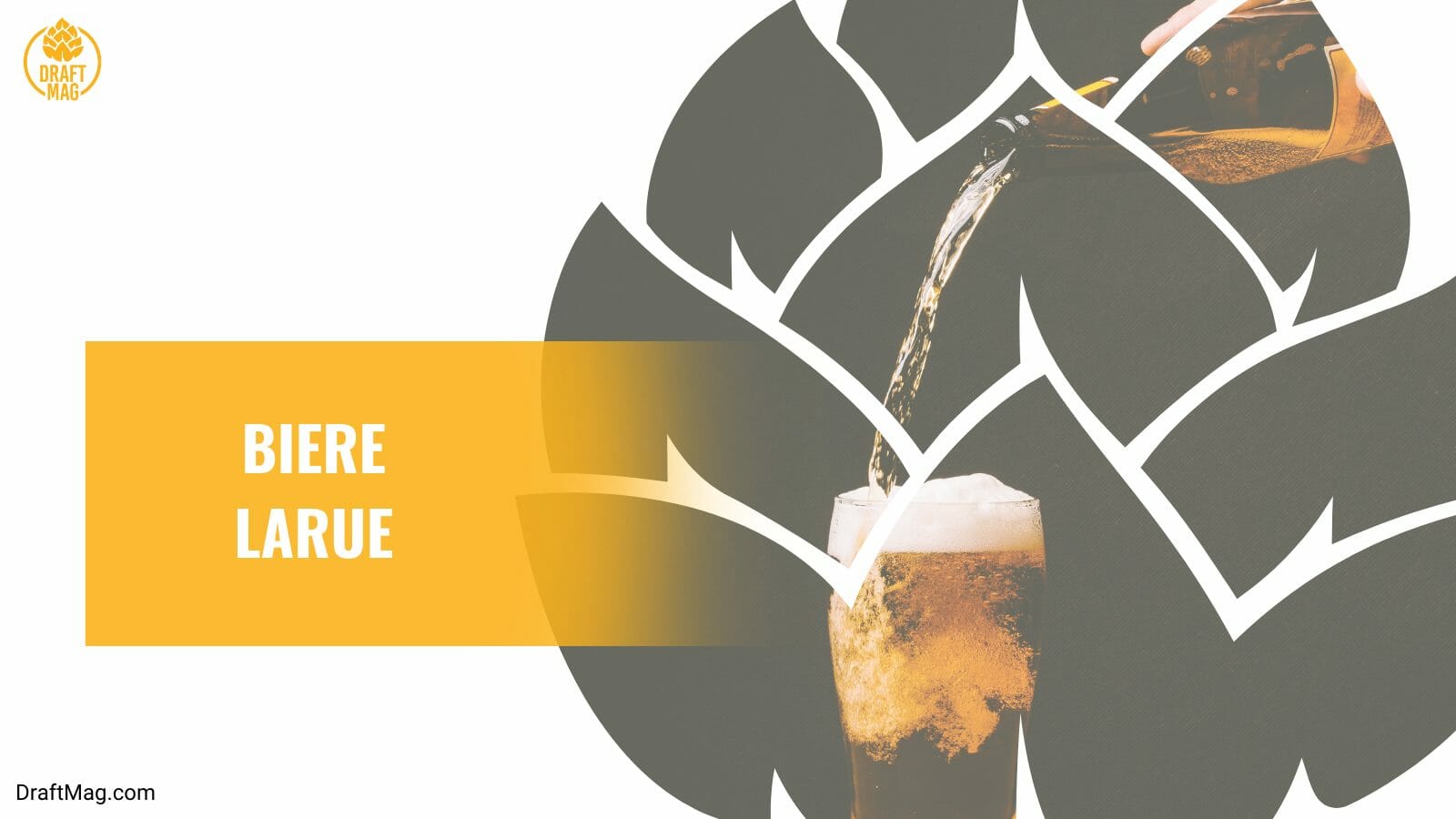 The sud has a sweet grainy taste with notes of honey and with a lingering sour aftertaste. It boasts of a sweet aroma which is enhanced by hints of honey and bread, which is very tempting.

This ale has an ABV of 4.6 percent and no IBU, though one can still feel a bit of hoppiness in the mix. The golden ale has a smooth mouthfeel and is drinkable especially when served ice cold. The beer has some sort of metallic taste and though it is not so significant, it can be annoying. It is great for a summer evening with either family or friends as the sweetness of the beer can get the conversation going.

Produced by Hue Brewery Limited, this clear golden treasure boasts a thin head and thinly spread bubbles due to its low carbonation. It has a malty nose and a crisp character and matches perfectly with the local cuisine of the Hue township.

It feels a bit grainy on the nose with hints of sweet grain and the smell of wet paper. There is an initial taste of sweet grain followed by corn before it finishes with notes of apple juice. 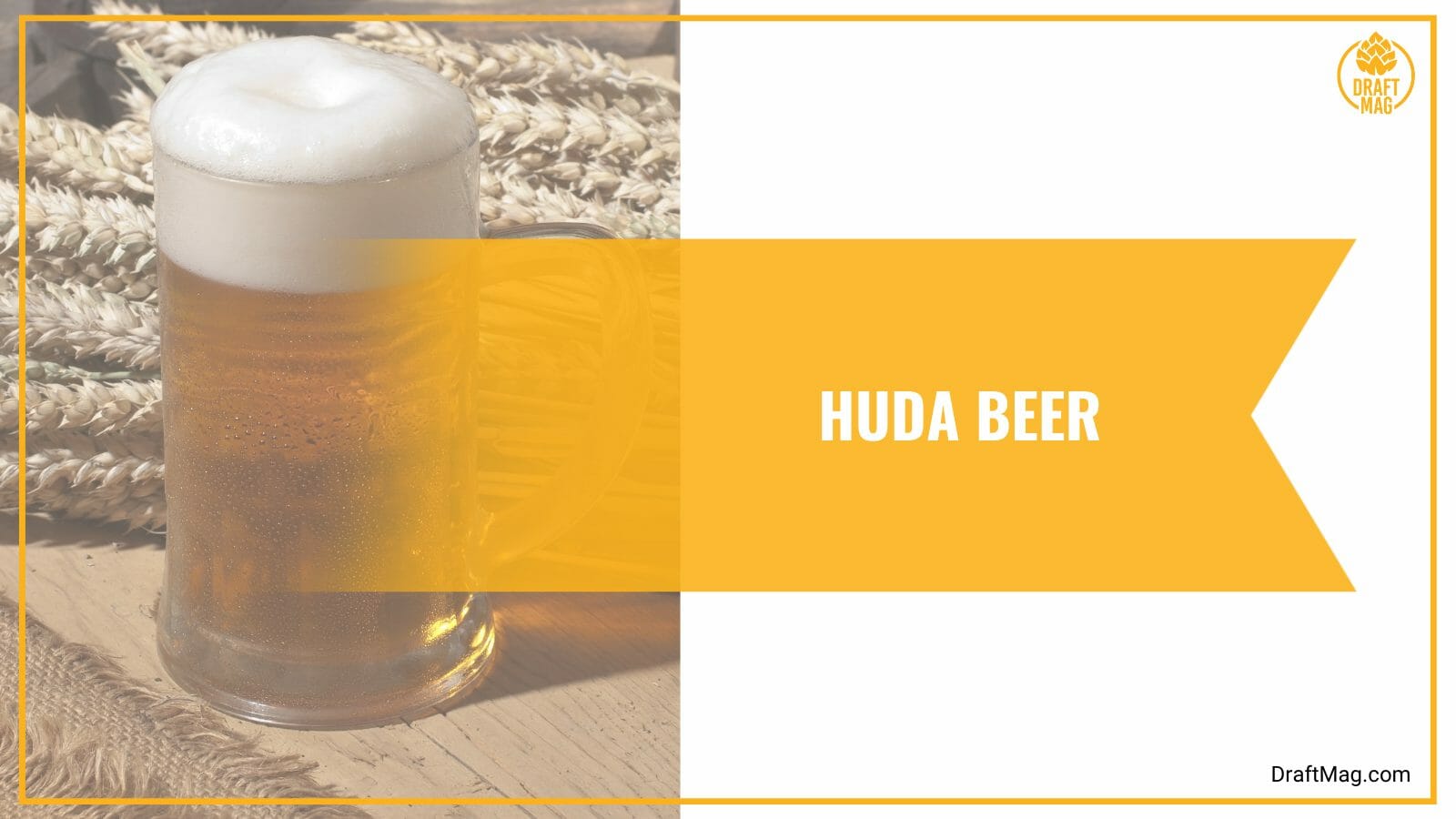 The sud has an ABV of 4.7 percent, and like some beers on the list, also has no bitterness, thus having 0 IBU. The aroma can be likened to a pilsner with hints of herbs and has a great mouthfeel.

Be prepared to be greeted with a lingering sweet aftertaste and a refreshing feeling. Huda sud was recognized at the 2013 World Beer Championships where it was awarded a silver medal.

Also known as Vietnamese beer 333, this famous Vietnamese beer was made popular by the American soldiers who fought in the Vietnam war. The beer pours an alluring bright golden hue that features very few bubbles translating into a thin head. It has no distinguishing aroma but one can smell the sweet grassy smell with hints of malts and barley. 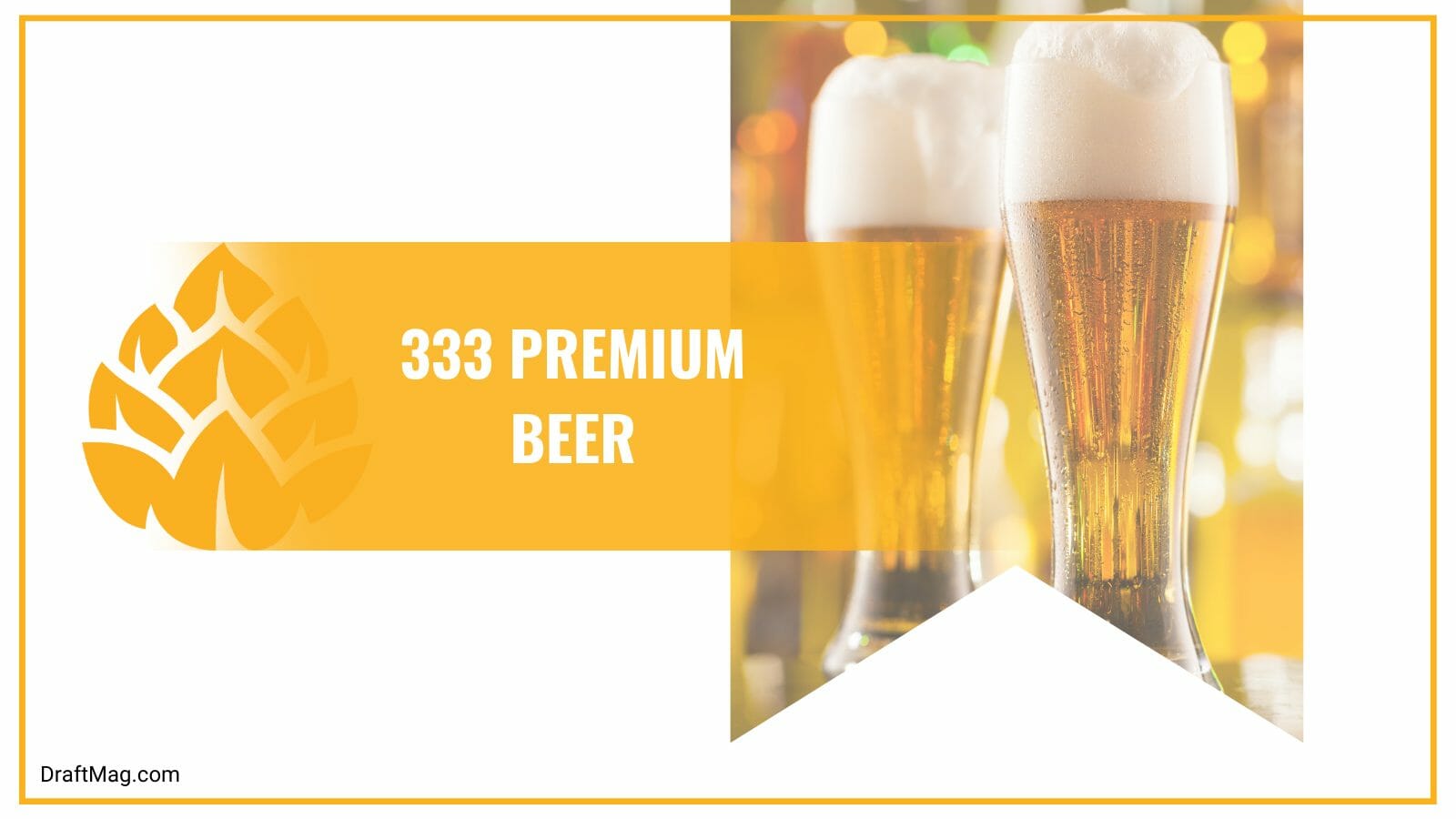 The medium-carbonated beer boasts a sweet flavor that bends toward syrupy with no metallic aftertaste. The crisp drink goes down well with most Vietnamese foods as it has a smooth mouthfeel and a dry finish.

Brewed in the American Adjunct Lager tradition, the premium light-bodied beer has an ABV of 5.3 percent and no IBU on the beer bottle. This is a thirst-quenching sud for a sunny afternoon after a long day of work.

Brewed by SAB Miller, Zorok has a herbal aroma and a strawy taste with hints of molasses, corn and malt. The beer is light-bodied, smooth and crisp with some mild bitterness and no significant aftertaste except the dry finish. 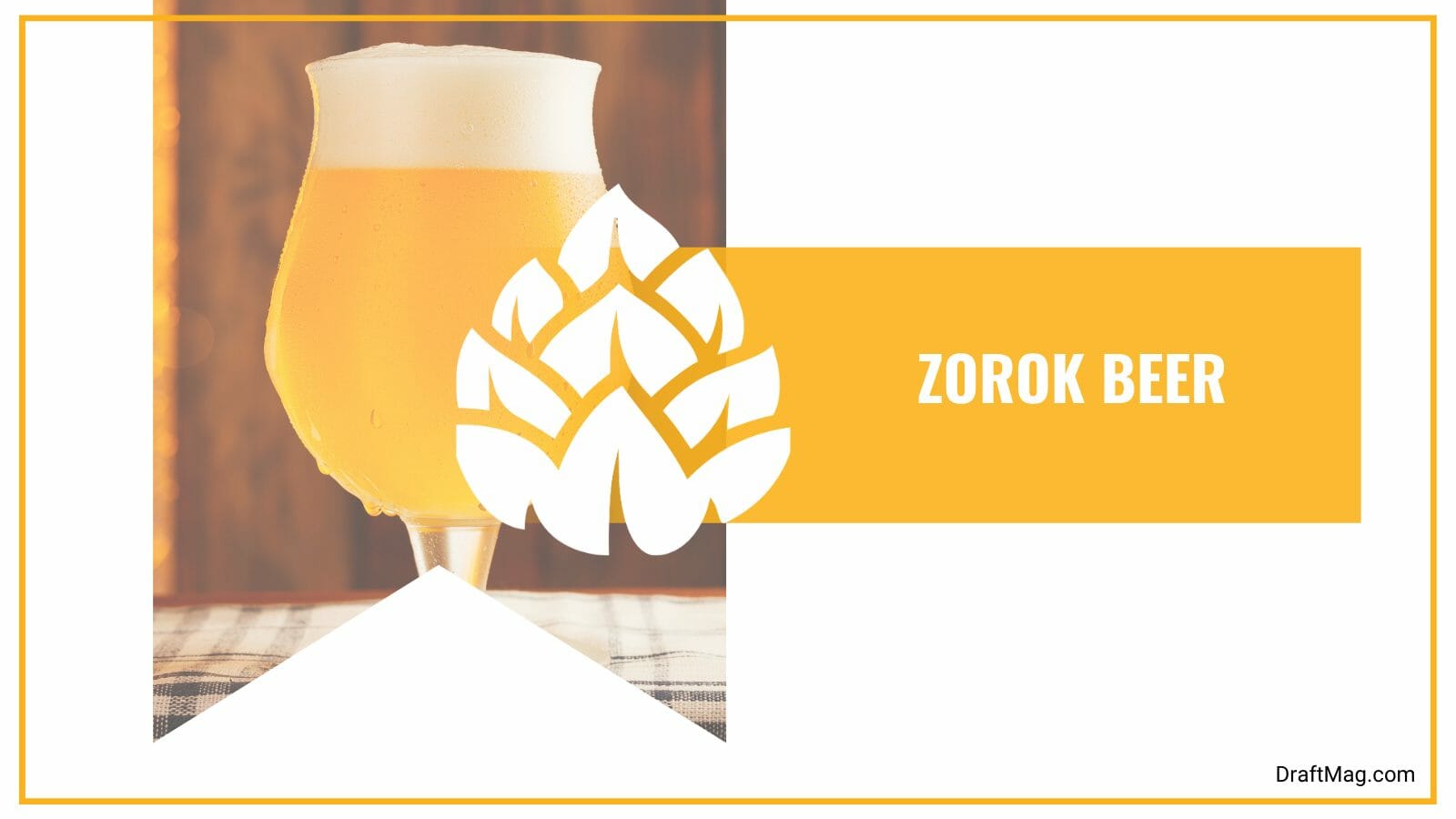 The sud boasts golden bubbles that rise to form an appreciable head with good retention. Zorok has a pale amber color with medium carbonation and a clean dry finish that would give your taste buds a treat.

Also an American Adjunct Lager, Zorok has an ABV of 5 percent with no IBU, making it a refreshing and satisfying drink. It has a wonderful mouthfeel with no offensive aroma or flavors and leaves behind beautiful lacing. It also goes down well with some Vietnamese finger foods such as grilled clams, grilled shrimp and beef rolls.

The Passion Fruit Wheat Ale is one of the best beers in the crowded beer market in Vietnam. Crafted by the well-respected Pasteur Street Brewing Company, this American-style wheat beer features bursts of passion fruit aroma with notes of hibiscus and cactus. 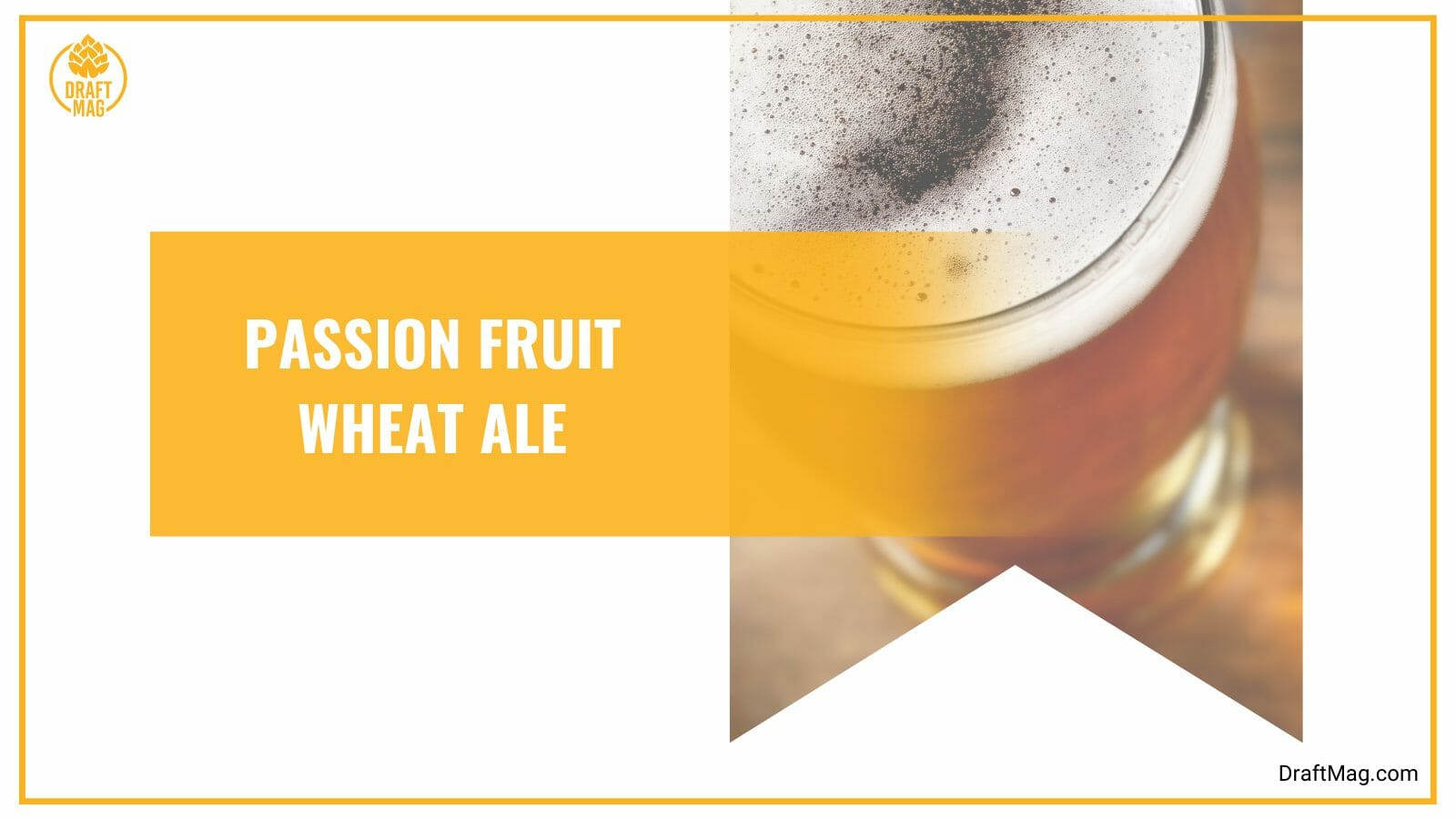 The sud features a fruity flavor underlined by vanilla, wheat and citrus with a little bit of tartness that indicates the presence of hops. Passion Fruit Ale has a hazy amber color and a thick head that dissipates faster than the speed of light.

The light-bodied beer is refreshing and easy to drink with a great mouthfeel and a dry finish that would leave you yearning for more. However, keep an eye on its ABV of 4 percent, which can send you on a wild adventure if you are deceived by its relatively low alcoholic content.

This beer stays true to its name as it features the dominant taste of locally grown mangoes. However, do not expect to be overwhelmed by the taste of mango as the brewers have masterfully balanced it with malt to give it some depth. 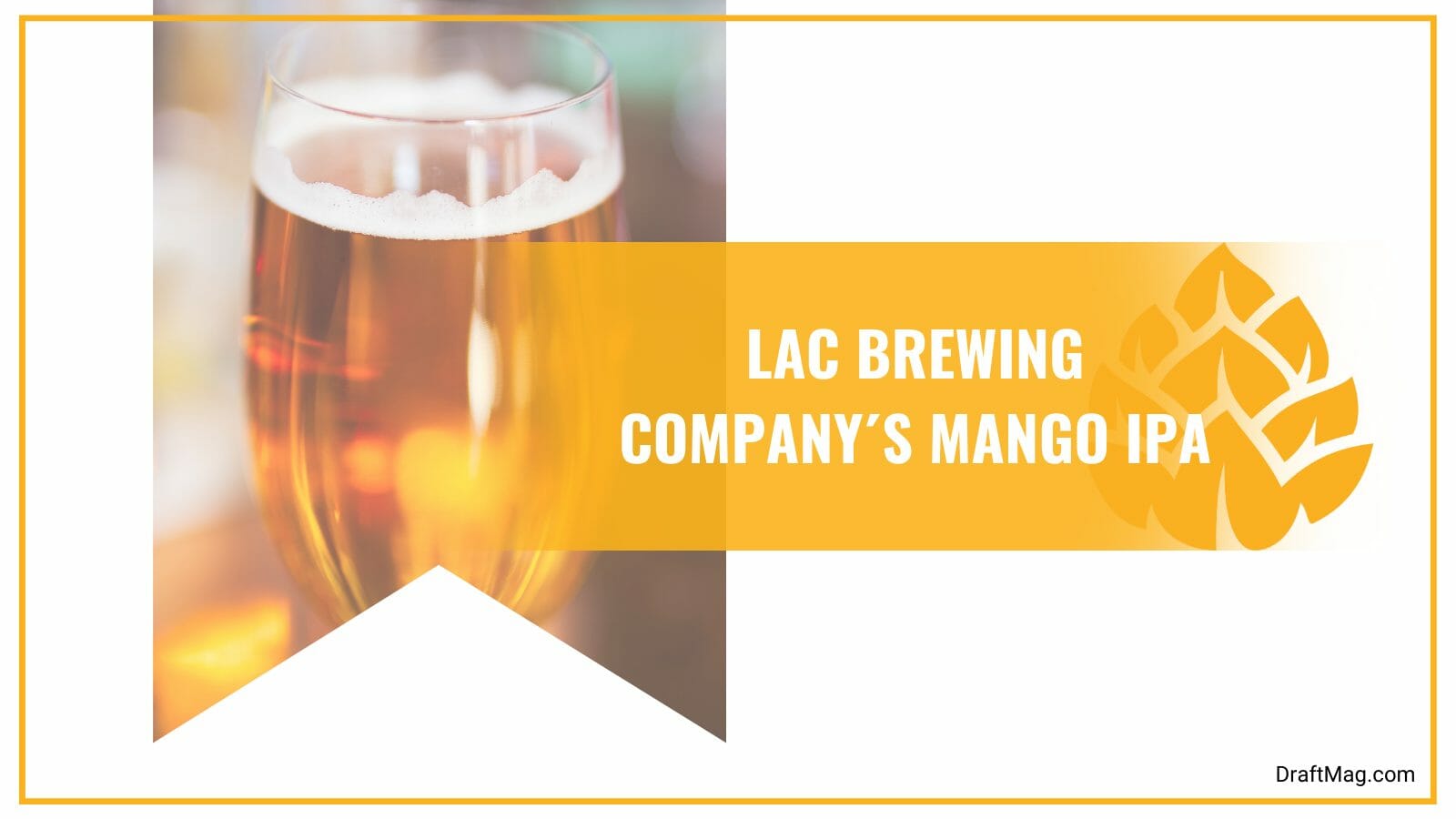 The sud has a bright yellow hue with golden bubbles that give it a thick froth and leaves a wonderful lacing. One can definitely taste some mango in there with notes of malt and hops.

The IPA has an ABV of 5.8 percent and a bitterness rating of 39, indicative of moderate tartness. It has a light body with medium carbonation and swells wonderfully on the tongue. The sud has a dry finish with no metallic taste and a little bit of bitterness at the end. The Mango IPA is one of the best beers on the current beer scene.

This list would not be complete without the widely popular Heineken beer. Though it is imported from Europe, the beer holds a strong sway over the people of Vietnam, especially the urban dwellers. 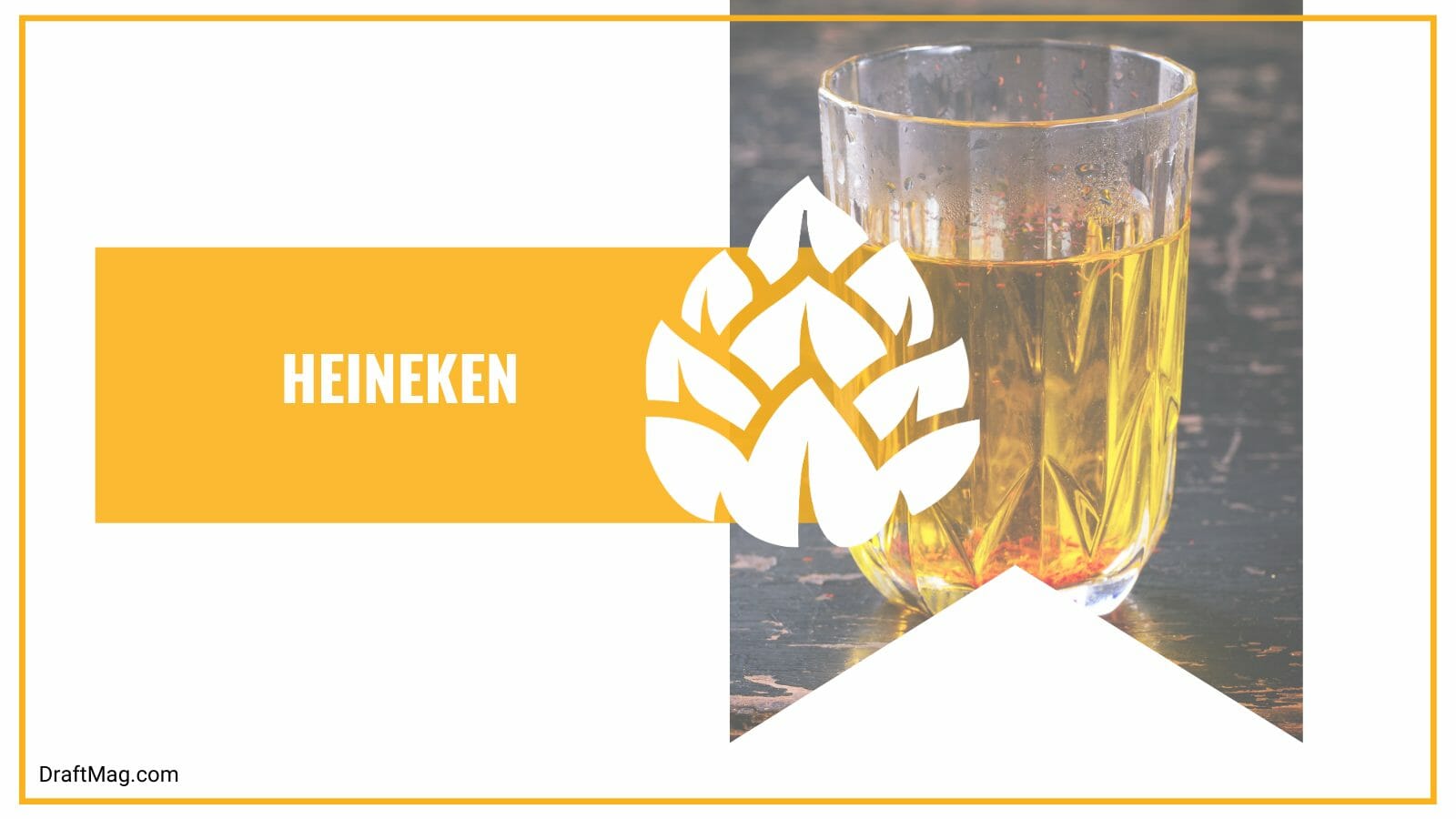 The beer’s traditional ingredients are barley, hops and water with yeast, which is responsible for its fruity flavor. It pours a golden hue and forms a thick head which has good retention compared to some of the beers on the list.

Halida is a clean beer that pours a pale amber color and features a three-finger thick head that dissipates slowly. Brewed by South East Asia Brewery, Halida is a sweet beer that features bits of citrus, corn and malts. 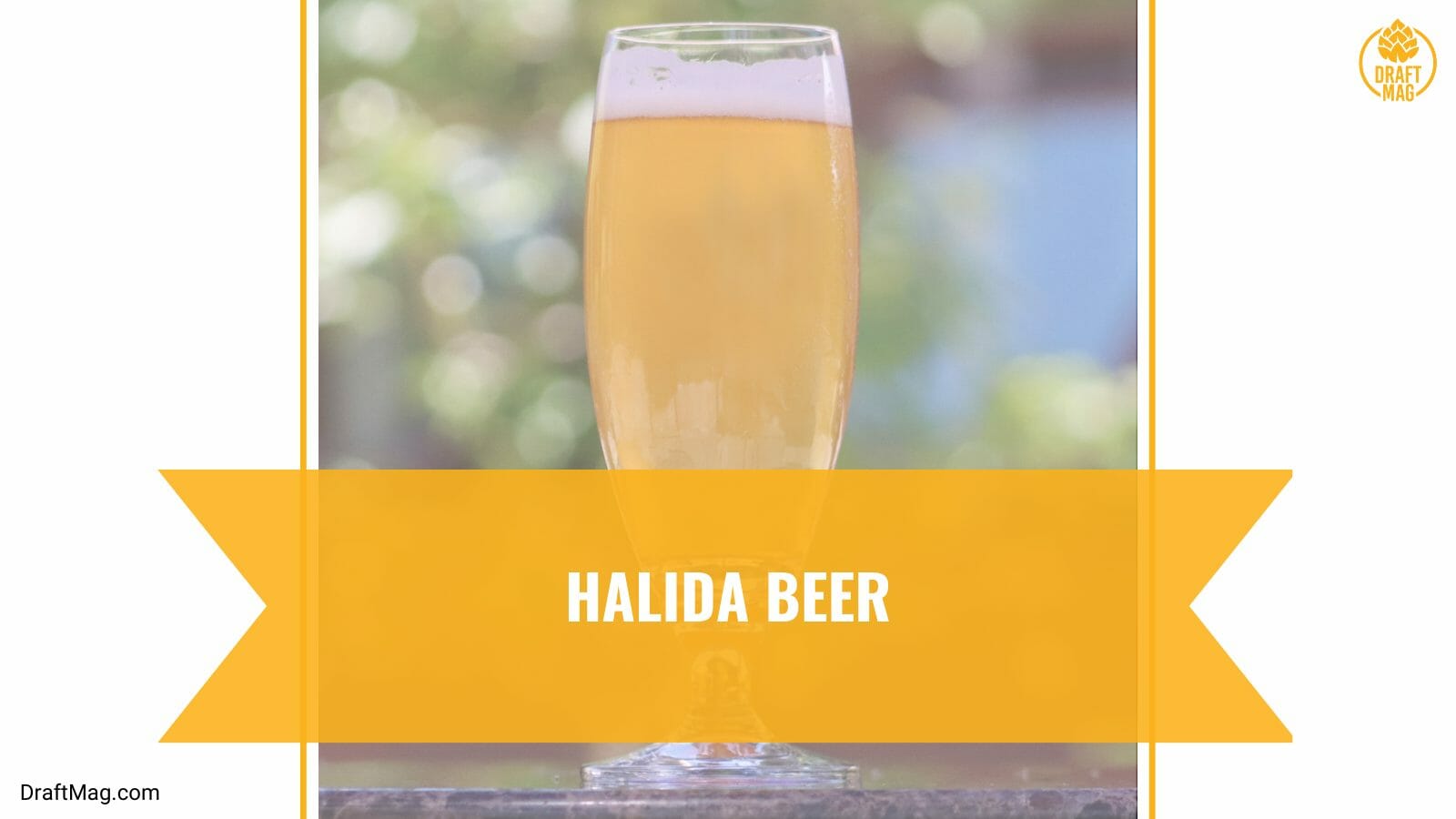 It has a good mouthfeel, though slightly astringent with a lot of sweetness in the aftertaste. Just like most beers on this list, Halida has no IBU rating but boasts a 5 percent ABV.

On the whole, the beer has a smooth flow, which makes it easy to gulp down and feels good on the palate. Halida has great carbonation and goes down well with spicy food and oil-based foods. It should definitely make it on your list of beers to try when you next visit Vietnam.

This article has summed up the best 11 beers in Vietnam that are a “must-try” for any beer enthusiast who visits the beautiful country. Here is a recap of all that we’ve read so far: