What is dry beer is a question many beer lovers and even ardent beer connoisseurs have wondered about, but when beer is referred to as “dry,” it does not refer to the dryness level of the beer. Any beer that has a label or description that mentions it is a dry beer simply means that that beer has little to no residual sugar. 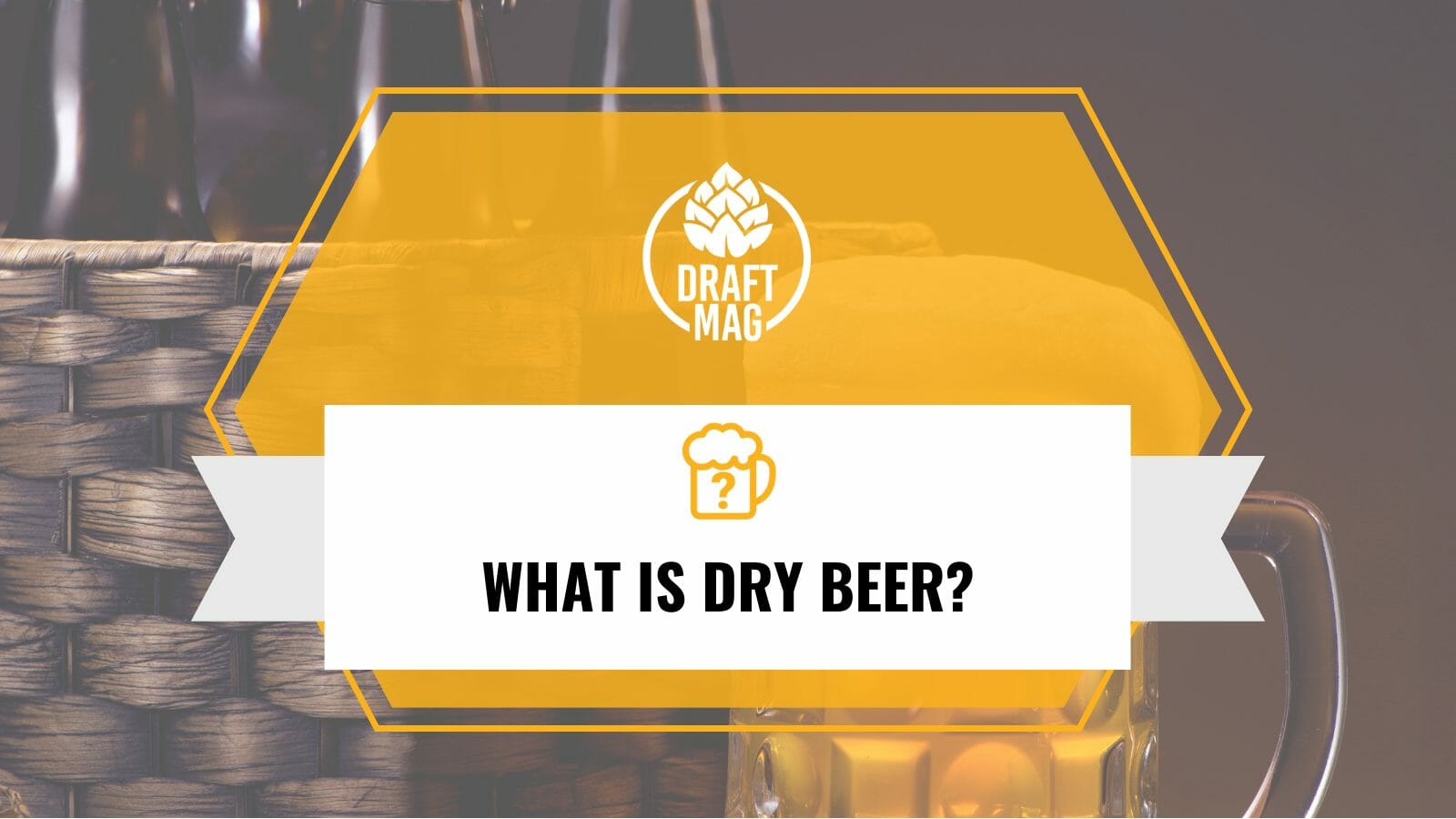 What are other characteristics define dry beers and what sets them apart from super and extra dry beers? Read this complete guide to find out the answers to these questions and more.

What Is the Definition of a Dry Beer?

Dry beers are alcoholic beers that have little to no residual sugars; hence, it is understandable that the word dry here acts as the opposite of sweet and does not refer to dryness of any kind. If you enjoy different kinds of alcoholic drinks and beverages, you have surely come across dry or super dry beers.

To set the record straight, the level of water content in any beer does not have to do anything with the dryness of beers. But learning about beer’s dryness is essential since it impacts the taste of beer.

This is because when the sugar level in the beer is altered, the sweetness and bitterness levels change, altering the beer’s flavor profile. Even if dry beers are high in bitterness and low in sugar levels, they generally never leave an aftertaste on the tongue, giving these beers a very clean finish.

Super and extra dry beers are somewhat different from normal dry beers. They are brewed and fermented in a way that they have no residual sugar content left. But these beers have a very intense taste and are mostly higher on the bitterness level. 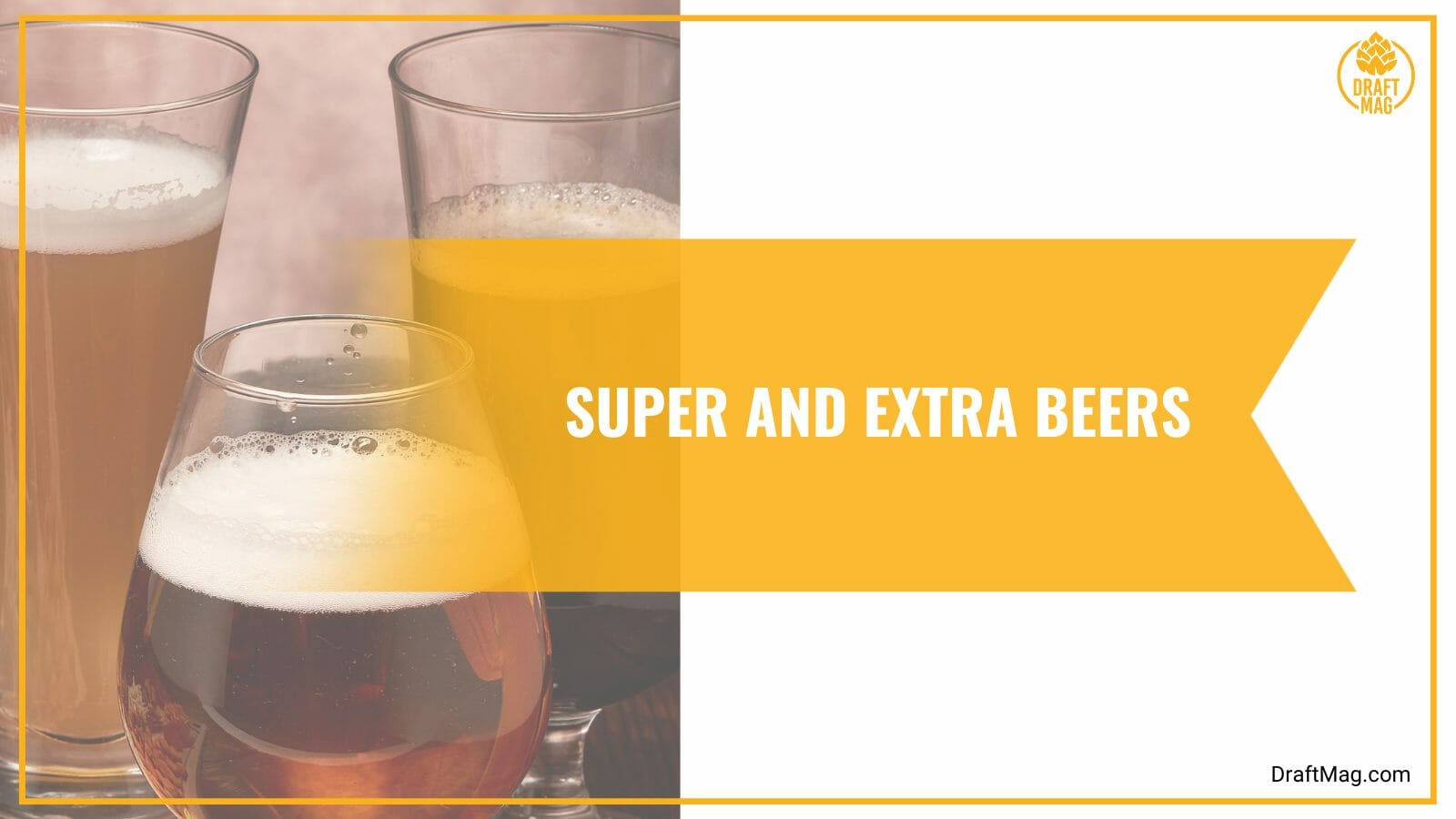 These beers generally tend to be light golden or straw yellow in color and very intense on the taste palate. The alcohol level is generally always above 5 percent for such super or extra dry beers.

The Asahi Super is very high on alcohol level, but surprisingly most other dry beers do not have any change in their average ABV levels. Dry beers can have both regular ABV levels from below 5 percent to high alcohol levels above 10 percent.

This solely depends on the brewers and the taste of the alcohol. Like other regular lager beers like Bud Light, Corona Extra, and Hahn Super Dry, dry beers have similar alcohol levels of 4.5 and 4.6 percent.

This is surprising because the alcohol percentage of any beer is directly related to its sugar and yeast ratio. The more sugar and yeast are broken down and decomposed during fermentation, the higher the ABV.

A great example of popular high alcohol but dry beer is The Mighty Oyster, with 19.3 percent ABV. But when beers are too strong, they can become quick drinks, so most popular brands try to produce dry beers within the 4 to 8 percent ABV range to create a mass appeal.

Many brands promote their dry beer as low-carb and low-calorie to cater to the health-conscious demographic. Yes, as the sugar level is low or negligible, that considerably lowers the carb and calorie levels. So, if you are a beer lover who likes to measure your calories even before drinking your favorite beer, then dry beers are an excellent fit for you.

The average level of nutritional values of any regular beer stands at 0.31 ounces (9 grams) of carbs per pint of beer (335 milliliters approx). This value goes down considerably for dry beers and has an average of 0.07 ounces (2 grams) per 12 ounces or a pint (355 milliliters approx) of beer. 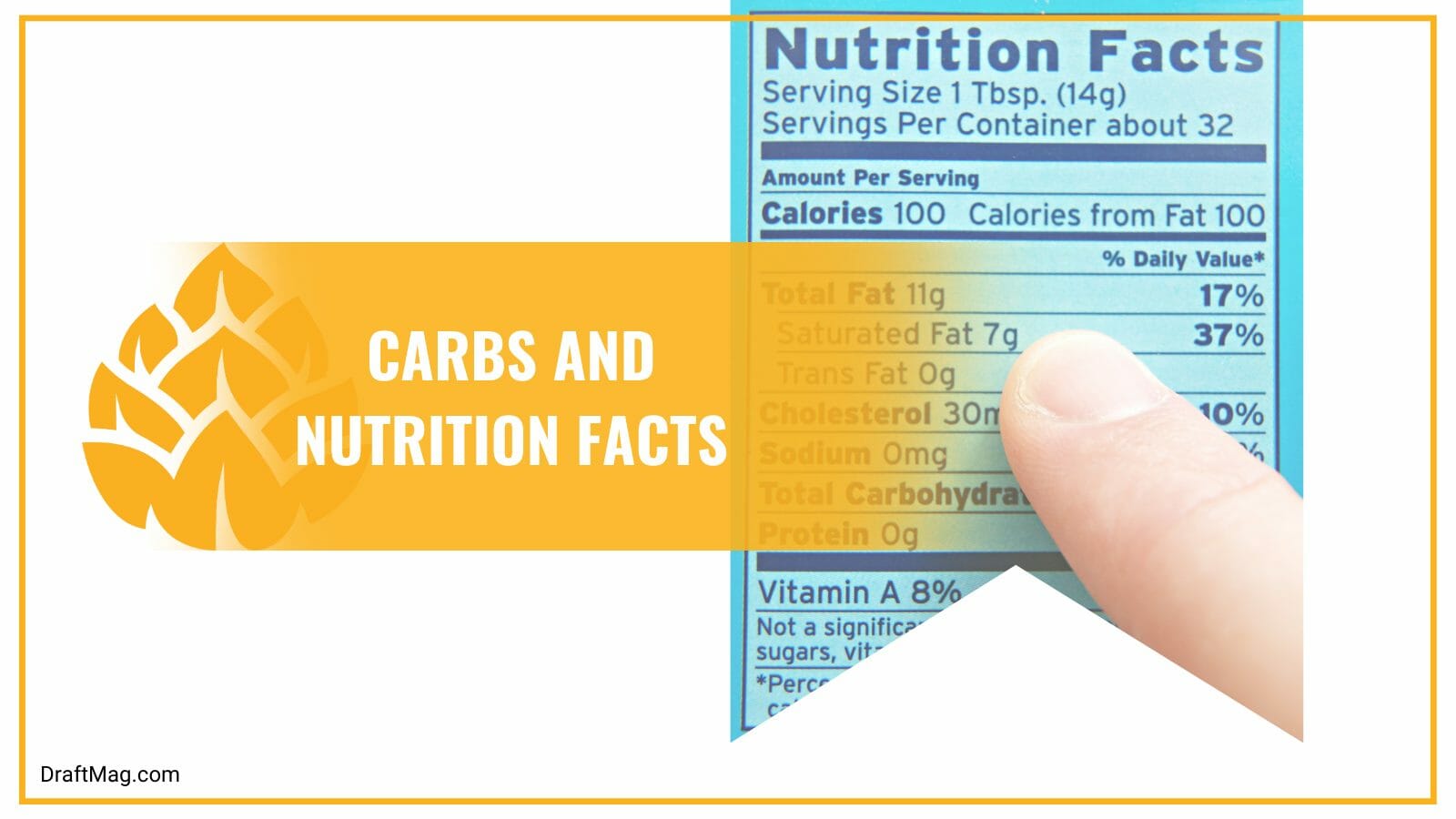 When you are counting calories in your daily diet for health reasons yet still want to enjoy your beer, these facts can make a vast difference.

When the concept of dry alcohol came into being, it was started by the French to identify and describe good wine with low sugar levels. They termed the wines or champagnes as sec (dry) to identify which ones had a lesser amount of sugar in them.

Back in the day, many spirits had high sugar content, especially wine. However, wine connoisseurs and collectors did not like this extra sweetness; hence they wanted to identify all dry wines and champagnes.

In the present context, dryness of any drink simply refers to the lack of sugar content, and it can refer to any alcoholic or non-alcoholic drinks. In the late 1980s, even beer joined this bandwagon of getting categorized into dry and non-dry beer.

As history goes, the first officially dry beer to have been produced was called the Asahi Super (Dry) in Japan. They started production in 1987 and have been shaking up the beer market ever since. This rice-based lager has helped reshape the beer industry with this new discovery. After that, many other beer brands followed suit. 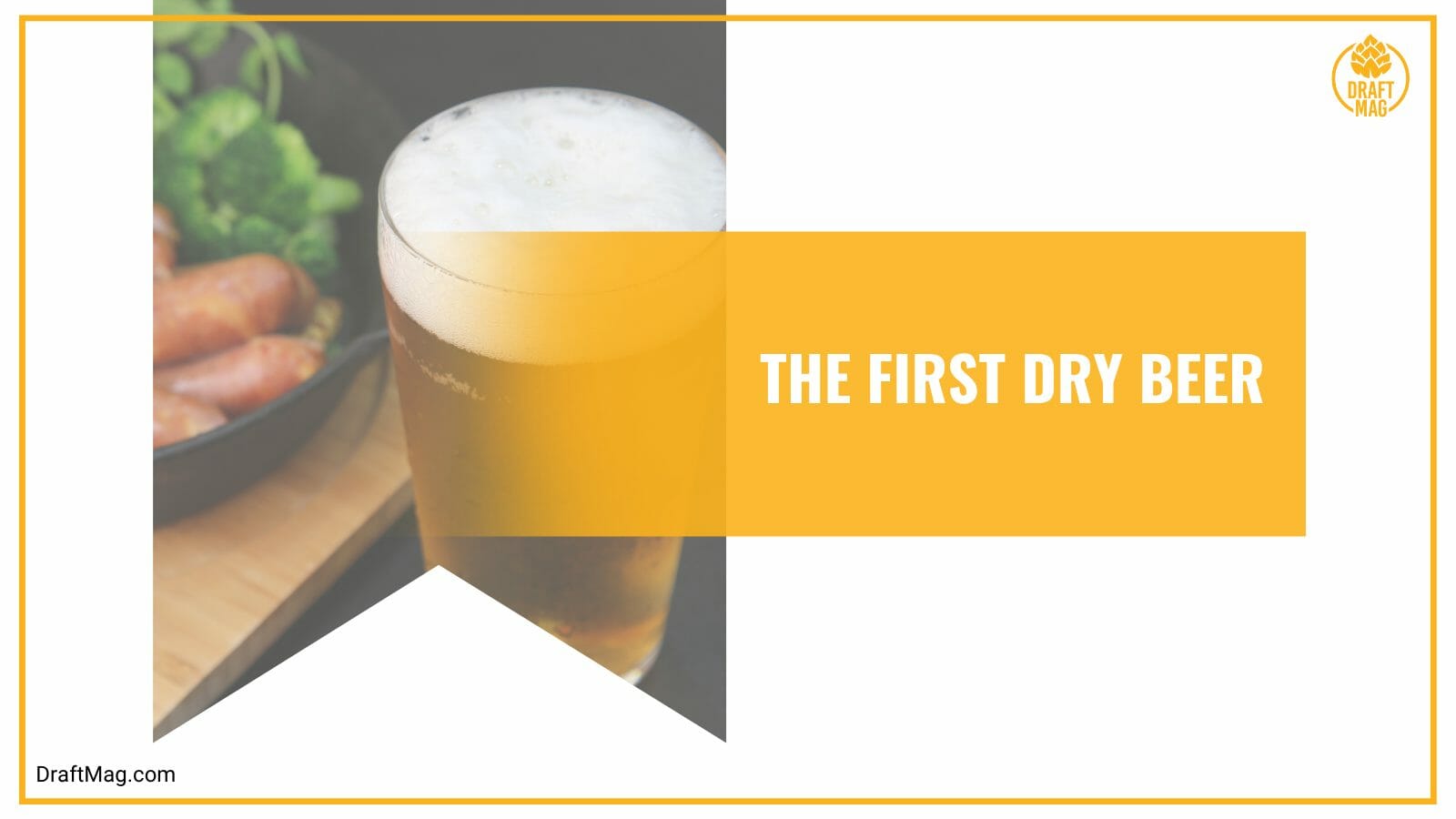 The Asahi Dry beer got such great acceptance in the market that it went on to capture 40 percent of the Japanese beer market share. Due to the high alcohol percentage and the unique dry taste, it became an instant sensation, and they started shipping it internationally.

Soon, it was available all across Europe and America. But now, most of these countries have their own versions of dry and super dry beers. Internationally popular brands like Budweiser and Corona are also brewing their own super dry beers.

What Are the Best Dry Beers Around the World?

Since dry and super dry beers were invented, there have been a lot of developments and inventions for this line of beers. Here are a few dry beer options from around the world that are a must-try for you to form an opinion about this beer category. Before you understand if these extra bitter and low sugar beers suit your palate, try out a few of the beers listed below.

Japan has been a pioneer in creating dry beer to keep up with the dry alcohol trends. Here are a few examples of dry beer from Japan. 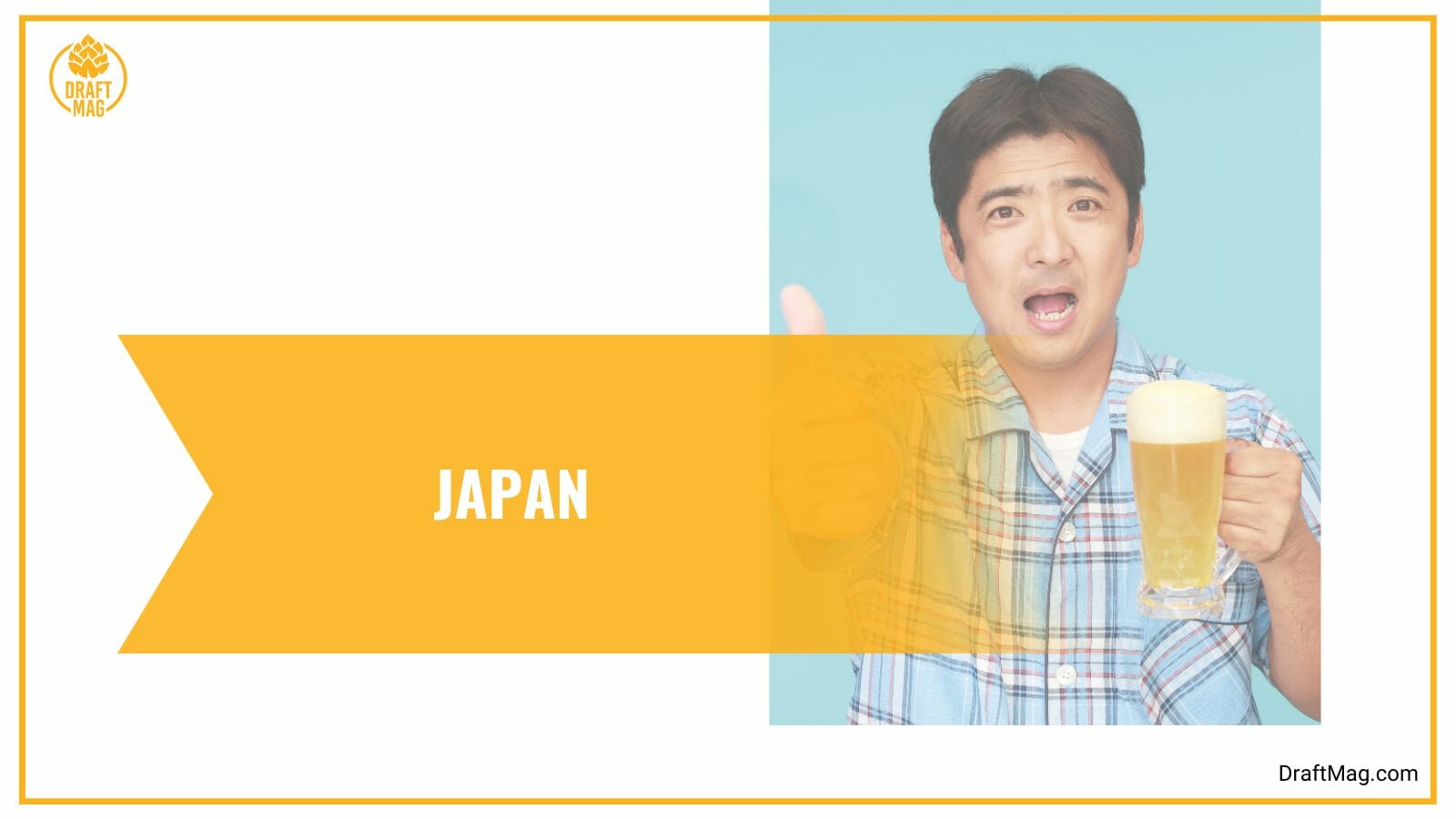 After Japan, Europeans also started brewing their own dry beers in their traditional German and Belgian brewing styles. Here are some popular dry beers you should try.

After Japan and Europe came the Canadian and American dry beers. There are many you can find in stores, and some are also available in craft beer breweries. Check them out here. 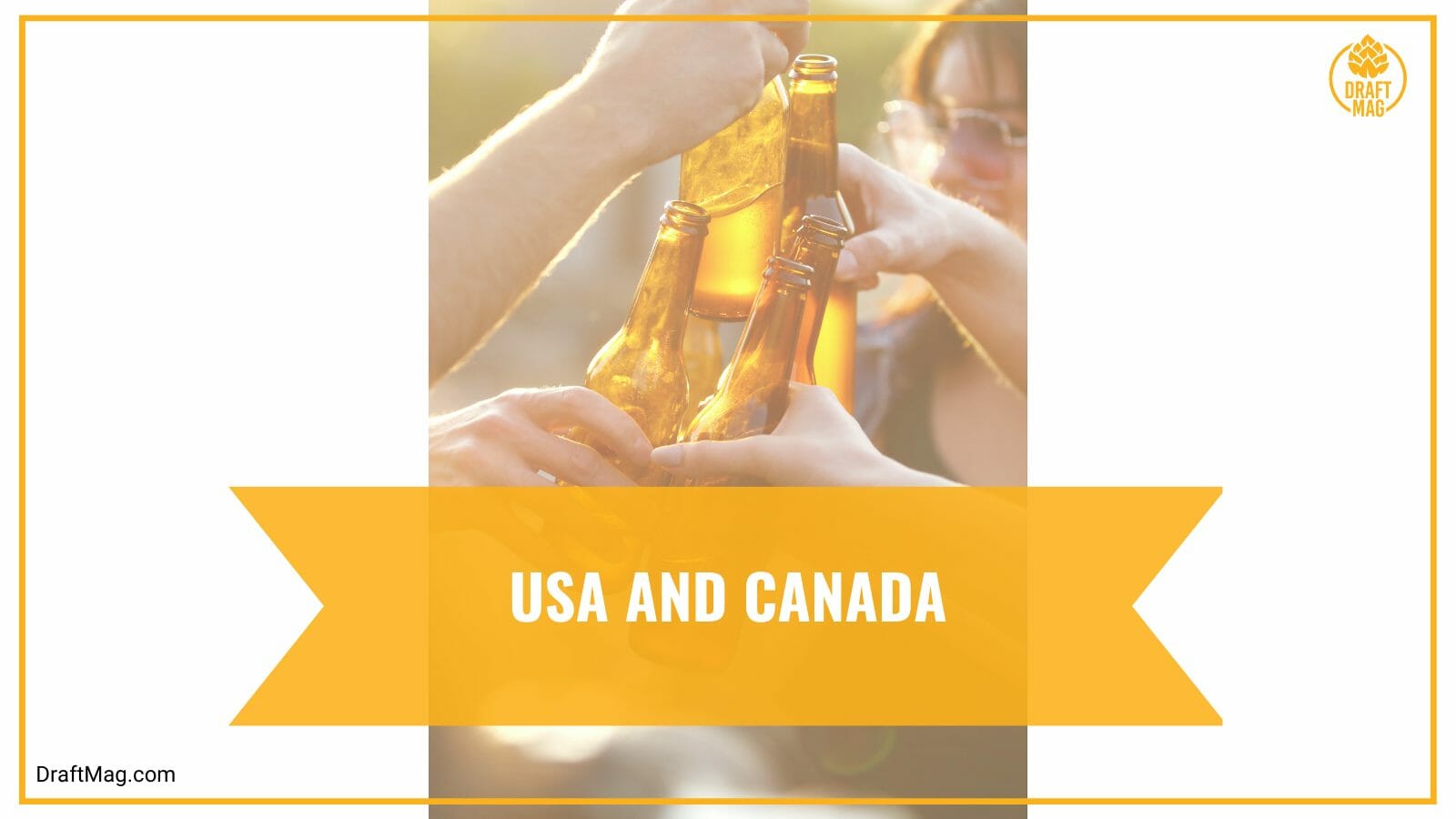 Is Dry Hopping the Same as Dry Beer?

No; dry beers can be hopped in any way the brewers desire and do not require to be dry hopped. Many beer lovers believe that all dry beers are essentially dry-hopped, but that is certainly not the case.

It has been seen that many dry beers use the dry hopping technique to bring about an additional layer or aroma. Dry hopping or ice hopping is the technique where the hops are used after fermentation so that the smell of the hops is more prominent.

In this article on what dry beer is, we learned a lot about the primary characteristics of dry beer and its long history in the beer industry. Before you try out some of the dry beers mentioned above, here are a few things you should remember.