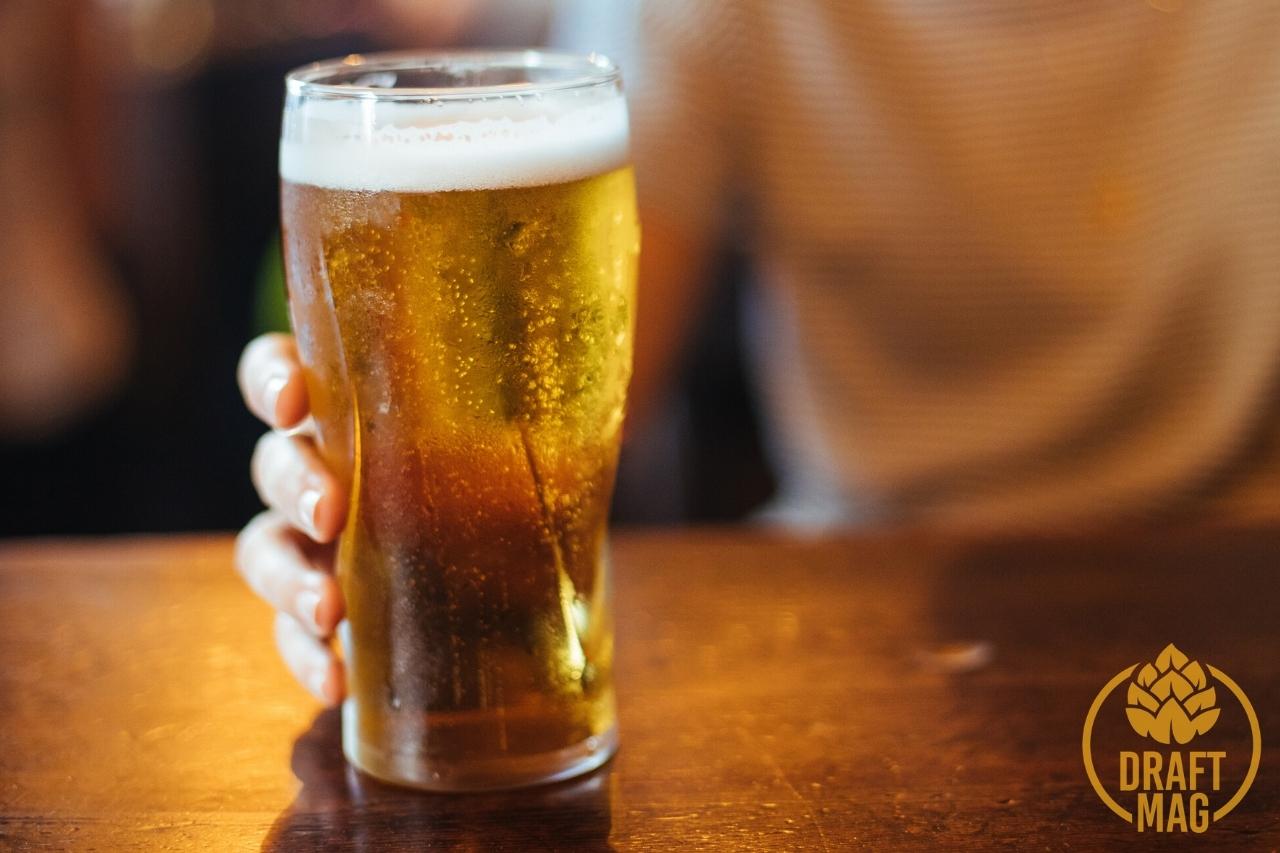 If you’re searching for why beer make you pee, you’ve probably experienced the uncomfortable situation of wanting to use the toilet while everyone else is partying.

Beer contains water, so when you’re drinking a lot of it, it’s normal for you to want to pee.

The reason goes deeper than that as the alcohol in beer affects the hormones in your body, causing you to pee more often.

We’ll be tackling this phenomenon in this in-depth guide, so keep reading below.

Why Does Beer Make You Pee?

Beer makes you pee because the alcohol in the drink causes chemical changes in your body, causing you to want to go to the toilet. It doesn’t only happen to you, but to most people who have consumed a lot of beer. You can even urinate a lot more liquid than you consumed in some cases.

The reason why alcohol make you pee more was revealed in detail by Dr. Grace Eggleton of the London University College. In their paper, they explained the concept of the alcohol diuretic effect, which means that alcohol affects the diuretic behavior of your body.

– A Quick Look at the Science

Beer contains alcohol and water, and both have to be removed from the blood by your kidneys after consuming them. While water can leave your body first, alcohol still needs to be broken down by your digestive system.

Your kidneys’ job is to regulate the water levels in your blood, and they do so by monitoring the amount of water-soluble waste products that enter your body. This is called osmolality and shows the balance between water and electrolytes.

Generally, with the kidneys, it’s water in and water out. This means that you’re supposed to urinate a similar amount of water that you drink. But this is different when drinking beer because alcohol blocks the production of Antidiuretic Hormone. ADH is sent from the brain to the kidney, signaling water retention.

Alcohol act as a diuretic by blocking this communication path and ADH, and your kidneys do not retain water, causing you to pee often. So if you drink one bottle of beer, you’ll want to urinate more often as compared to when you drink the same amount of water.

As ethanol reduces your hormones and the kidneys don’t work correctly, your body produces a lot of water and ends up dehydrated. This entire effect also leads to headaches, nausea and dehydration, all identified as a hangover. A hangover is the last reaction of your body to getting dehydrated by alcohol.

– Why Everyone Reacts Differently

Some beer drinkers pee more often than others, while some don’t pee at all. This is because different factors might affect your reaction such as the type of beer or how long you’ve been drinking. For one, drinking a light beer will make you want to urinate more compared to drinking a dark brew.

Also, if you have often been drinking, you’ll be less likely to go to the toilet than someone who hasn’t tasted beer in a long time or who is drinking beer for the first time. This is because your body can become used to alcohol and adapt to it in the blood.

On the other hand, some beer enthusiasts have said that they can’t pee after drinking. Doctors say this is caused by alcoholic neuropathy, leading to autonomic bladder dysfunction. The alcohol makes the abdomen numb, leading to a loss of communication between the brain and the bladder.

This leads to urinary retention, as you might not know that you want to pee. You might also want to visit a doctor to get checked either way as this can also be caused by nerve damage. All in all, everyone is different in their body and drinking habits, which will change the way they react to the diuretic effect.

– Why Some Beers Make You Pee More Than Others

The more alcohol is present in your beer, the more you will want to pee. 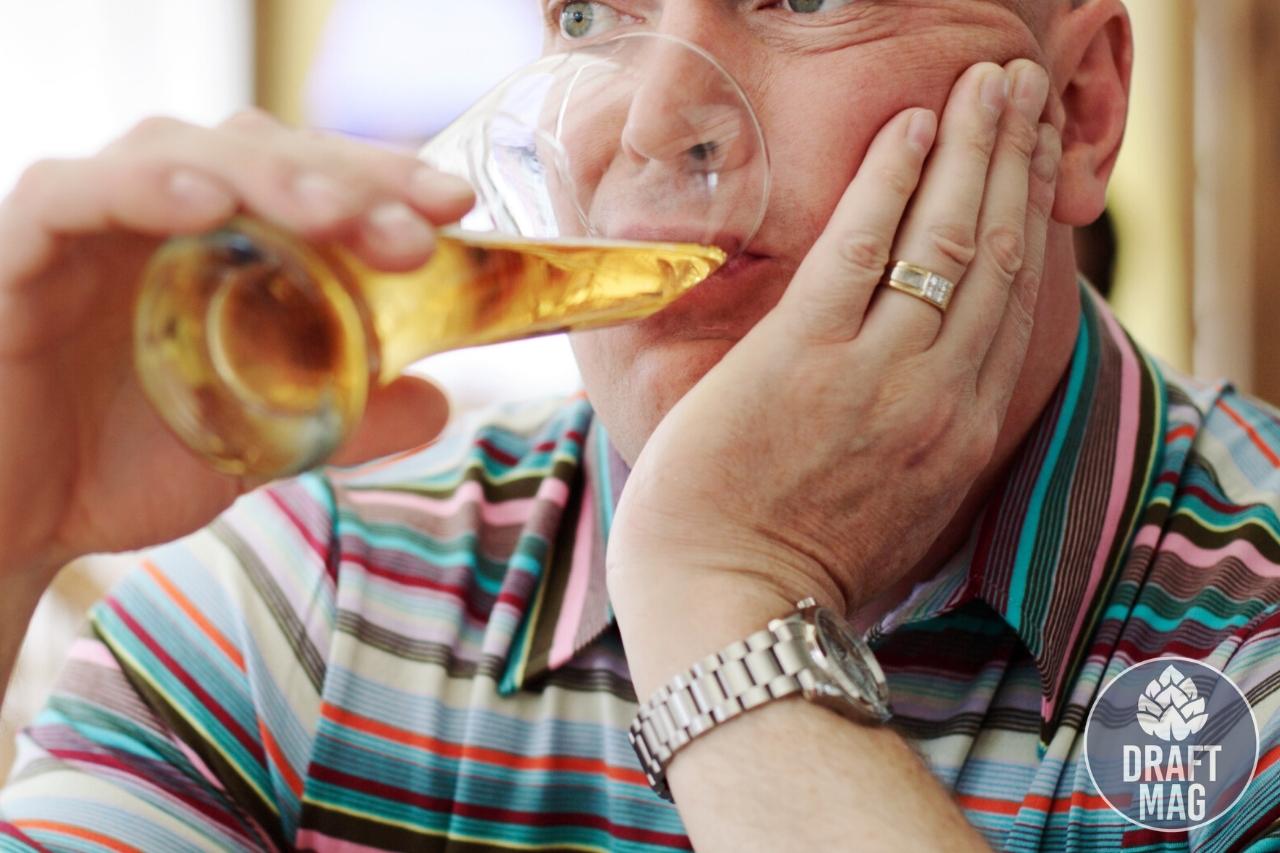 Sometimes, the reason why drinking alcohol make you pee more than your fellow beer drinkers is the alcohol content in your beer.

When you drink beer with more alcohol, it has a higher effect on your kidneys and the hormones your brain is supposed to produce.

According to a Journal of Alcohol and Alcoholism study, simply increasing the alcohol content by 2 percent in beer can cause people to want to pee more often than before. So you can stay away from the toilet when drinking low-alcohol beers, while those with high ABVs will keep you going back. The same goes for spirits and liquors.

Can I Stop Myself From Peeing After Drinking Alcohol?

No, it’s not possible to prevent someone from peeing after drinking alcohol. You can’t stop peeing so much when drinking beer because it’s your body’s natural reaction to it. If you keep on withstanding the urge to pee, you might end up doing so at the wrong place and time when you’re too drunk to realize it.

It’s highly inadvisable to hold your urge to urinate for too long. Any urologist will tell you that this makes your body vulnerable to urinary tract infections, so it’s best to excuse yourself from the party and use the toilet whenever you feel the urge to pee.

But if you really want to withstand the urge for a bit longer, you can do some kegel exercises, which will strengthen your muscles. Losing weight can also reduce your bladder activity, but you’ll still want to use the toilet regardless of what you do.

While you can’t stop yourself from peeing while enjoying your beer-drinking spree, you can reduce the effect in different ways. For one, you can take your beer with a soft drink or water, as this will reduce the impact by half. It also makes you feel more hydrated while drinking, reducing your chances of getting a hangover.

Breaking the seal involves psychologically manipulating your brain by taking your mind off of urinating. You essentially resist going to the toilet until you can’t hold your wee any longer. This technique might work, but this isn’t a good idea, although many beer enthusiasts might tell you to control your bladder by breaking the seal.

As mentioned earlier, holding your pee is dangerous to your health, so this practice isn’t safe. Also, you might end up delinking your bladder and your brain when doing this too often. This might cause you to pee on yourself when drinking alcohol without getting the urge to use the toilet in the first place.

What Changes Can Beer Cause to My Pee?

Beer can make your pee clear and colorless as alcohol reduces the production and function of ADH, which is meant to prevent water loss. While you drink a lot, you can end up passing all the urine out. And when there’s no longer any urine, whatever comes out next is as clear as water.

Don’t panic when this happens as the clear pee is just water. When you notice that your pee no longer has its light yellow color, this is a sign that you need to stop drinking and consume water so that your body isn’t dehydrated.

You might also feel a burning sensation while peeing, which is another change caused by drinking beer. This happens when the alcohol affects your bladder too much, making your urine burn while you let it out. Although this is normal, you can still visit your doctor to ensure you don’t have an infection. 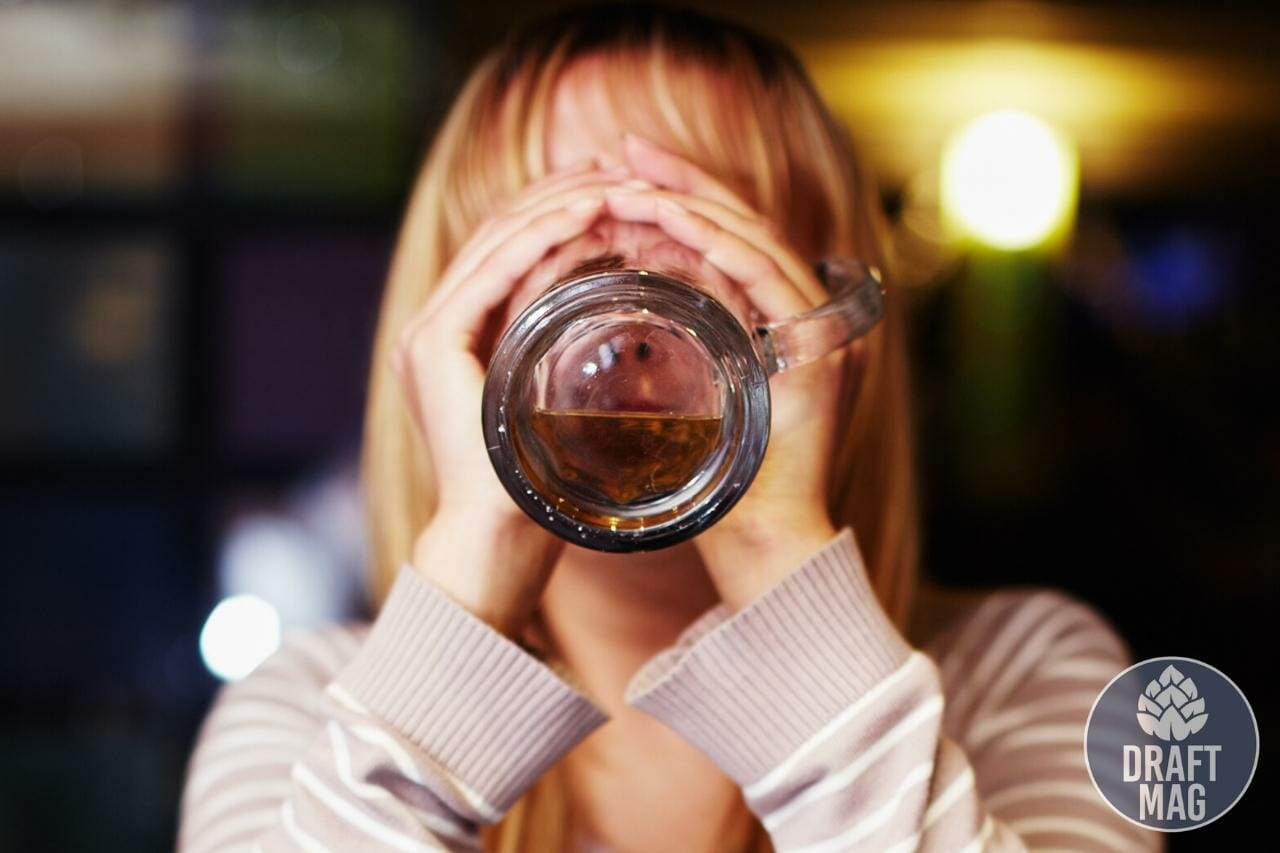 Now that you know why beer makes you pee, all you have to do is go with it and use the toilet whenever you feel like it because it’s just how your body works.

Remember that it’s always a good idea to drink water while enjoying a beer to increase hydration.

So when you’re drinking beer, make sure that there’s a toilet close to you and hold a bottle of water just in case you’re getting too dehydrated.