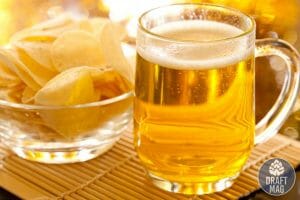 The Aight Beer is a unique beer for anyone who enjoys American lagers or wants a creamy, fruity beer with explosive flavors. The beer is highly sought after by drinkers because the brewer states that it was brewed with all the worst ingredients!

Despite this, PangPang gives you a delicious, creamy lager that caresses the palate. This review covers all you need to know about drinking Aight, the delightful American lager from Sweden.

Aight is an American pale lager brewed by PangPang Brewery, based in Sweden. It’s a delicious beer bursting with flavors of fruits, citrus, grass, and all sorts of malty sweetness. It was brewed in an attempt to produce a cheap, pale yellow American lager, which is pretty addictive for beer lovers.

Made with only common ingredients, the Aight lager will surprise you with its delicious flavor. The beer is made by hand and is unfiltered and unpasteurized, leaving you with the true nature of what beer is meant to be. With its 4.5 percent alcohol content, Aight also has slight alcohol content and a refreshing taste, making it a perfect choice on a hot afternoon.

Aight combines a creamy flavor with sweet malts in taste, along with tropical fruits. It also has a hazy golden color, a creamy white head, and a fruity, floral, herbal aroma. All the parts of the style profile come together to give you an ideal American lager that reminds you of what large breweries mass produce.

Like any American lager, you should serve Aight cold and close to freezing. You should serve it in a tall, narrow pilsner to enhance the head or a mug. You should also consider tulip-shaped glasses, as these allow the beer to get more air and provides you with a rich aroma.

When you pour the Aight premium beer into your glass, it has a hazy appearance due to its unfiltered and unpasteurized nature. The beer is yellow-golden, sparkles in the glass, and is topped up by a creamy, frothy white head.

With decent head retention, the frothy white will remain on your beer for a while before slowly dissipating as you swallow it. Due to the creamy white head, you get a thick lacing against the rim of the glass as you drink more.

The carbonation is also evident in the appearance, although it’s not very noticeable due to the hazy nature. If you have the Aight beer in can, you might not notice the appearance.

On the nose, the Aight lager features a fruity, wooden, and herbal aroma with mild floral notes you’ll notice as you bring it to your lips. The scent is a good balance of citrus, fruit, and grass, with the fruits tasting like strawberry and citrus.

Due to the malts, the aroma also has scents of crackers and malty sweetness, which is infused in the herbal scent. You can pick up other aromas like freshly baked white bread, minerals, grapefruit, creamed corn, lemon, and hay if you’re sensitive.

One of the best parts of this lager is how it balances its fruit aroma with malts instead of overly leaning towards one.

Aight lager features a light body with medium carbonation, which is evident in the mouthfeel. It has a slightly fizzy feeling that will tingle your throat. With a mid-dry body and a clean mouthfeel, you can enjoy drinking this beer without an unpleasant aftertaste.

To describe the mouthfeel of this lager, the best words are crisp, astringent, sparkling, and light bodied. In the finish, Aight has a mid-bitter taste that does not last long and features a refreshing aftertaste with cracker malts and herbal notes.

As for the flavor, Aight has a creamy taste, dominated by sweet malts and tropical fruits. The beer taste is balanced sweet and bitter, with the sweetness from the malts, while the bitterness is from the hops, fruits, and herbal flavor.

You will notice hints of crackers, herbal bitterness, creamed corn, white bread, and lemon in the taste. There are also some flavors of minerals ad hay that make this a refreshing and cool beer. You might also notice flavors of fruity strawberry in the taste that make the beer even more delicious.

There are hints of metal if you drink the beer when it’s not fresh. Some of these flavors, like crackers, corn, and bread, also seep into the aftertaste. The Aight lager is a crisp and refreshing pale lager with suiting herbal flavors, cracker malts, and slight fruity bitterness in the flavor and aroma.

When you get an Aight lager, different types of delicious foods go well with it. This is perfect whether you want something simple like pizza, burgers, and tacos with your beer, or you’d prefer to try out Thai, Latino Fusion, Peruvian, Pan-Asian, Mexican, and other spicy cuisines.

If you enjoy cheese, you can pair Aight with brie and lighter cheeses like mozzarella and gouda, which are well-balanced with the malty flavors of the beer style. Also, mild cheddar is known for its subtly tanginess that is paired well with the Aight lager.

The crisp and refreshing taste of the Aight lager cuts through different fried and fatty foods, including buffalo wings, chicken, smoked pork, fried fish, and more. The Aight lager can also be paired with French fries, hotdogs, noodles, and wings. As for salads, the lager is best enjoyed with light-tasting salads and fish because of the complexity of its flavors.

Those with a sweet tooth can try out the Aight lager with delicious desserts, especially chocolate-based ones. You can try it out with chocolate bread pudding, milk chocolate, butter truffles, or caramel-flavored treats. Since Aight is a standard American lager, it goes with most kinds of food.

Aight was brewed with large amounts of corn and rice, fermented from two vats simultaneously to give you a crisp and refreshing lager. The malt and corn added bread flavors, creamed corn, and malty sweetness. The brewer noted that he made it with the worst parts of lager and ale yeast and steeped it in the vats for fermentation.

As for the hop profile, Aight was brewed with classic lager hops and some of the overused standard American hops that you mostly find in pale lagers. Then, the beer was brewed by hand in a brewery made by him. Due to the hops, you will notice the herbal and fruity notes.

However, it seems like the secret to its delicious flavor is the brewing process that makes the most of its ingredients.

The Aight lager features 4.5 percent alcohol in its standard bottle, which is expected from a typical lager. Since the alcohol content isn’t high, you can enjoy drinking this beer in the afternoon without getting drunk quickly. The beer does not share details of its calories and carbs content, but it’s not recommended to those on a gluten-free diet.

Aight is an American pale lager made by PangPang Brewery, a Sweden-based brewing company headed by the famous master brewer, Fredrik Tunedal. It is a craft brewery with a wide range of delicious beers covering various styles. The brewery is known for having unique beer styles like a sour IPA with coconut cream or a pastry stout with cherries and chocolate.

When making Aight, the master brewer decided to copy all the mass breweries to create the cheapest, crappiest beer ever. So, he used the cheapest adjunct as he stated on the beer bottle, then he did his best to make it as bland as possible. But after the Aight lager was released, it became popular, and people loved it. It is also being sold in the United States as Aight Beer America.

The beer name was initially Light but was changed to Aight. Despite this, it is designed on the bottle to read as both words, so you can enjoy a light lager that is alright. So far, the Aight lager has been successful among enthusiasts. Some other popular beers from PangPang are Pettersson Porter 2020, Pineapple Problem, Straight Up Fluff, and Pina Colada Preacher.

Aight is ideal for those who enjoy American light lagers with a delicious balance of fruits, malt, and creaminess. Here are some of the highlights of this beer review: 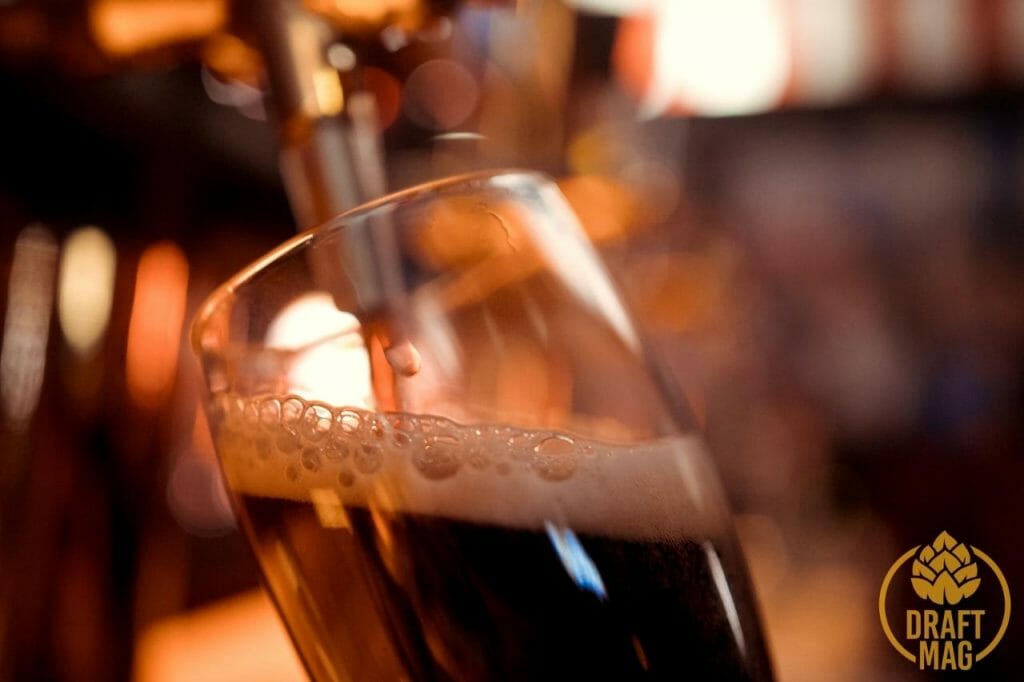 If you’re curious about the Aight lager, you can try it by purchasing from stores around you or online. Or, you can even visit Sweden to check out PangPang Brewery and its delicious options right from the source!